While attending high school in his native Louisiana, Aaron Keating helped a handful of area companies build their e-commerce platforms. He enjoyed every aspect of the process, from designing and creating the websites to solving big-picture business problems. 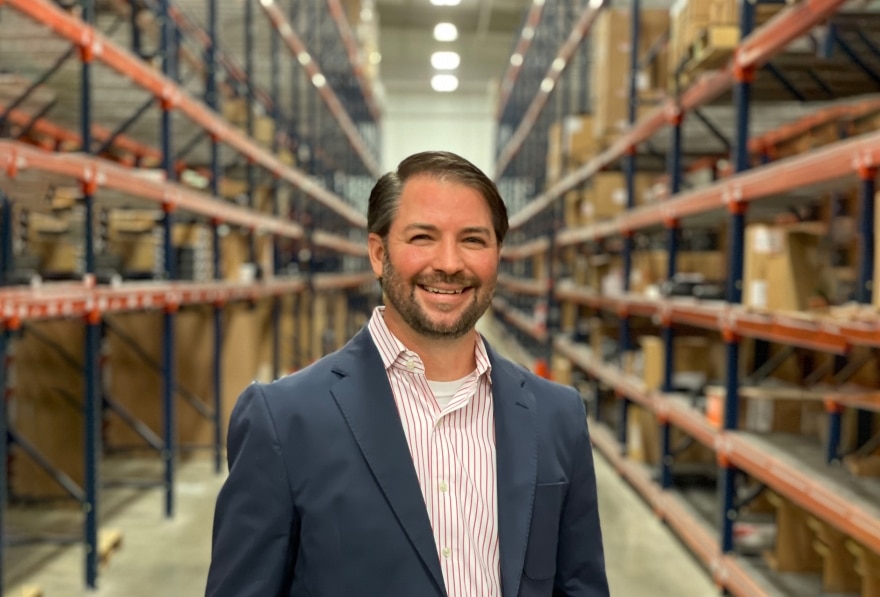 He was also ingrained with a passion for football—particularly by his late father, who would take his son on many a sweaty autumn Saturday to see the Louisiana State University Fighting Tigers at the school’s famous “Death Valley” stadium.

When the time came for Keating to attend college, there was only one logical choice.

“LSU was the only place I wanted to go,” recalls Keating, vice President of technology and chief information officer for Louisiana-based firearms distributor Lipsey’s. “I didn’t apply anywhere else, and looking back, I owe the family I have now and career to my father, who instilled a love for the Purple and Gold in me at an early age.”

While attending LSU, Keating earned a scholarship as part of the LSU football equipment staff, led by the late Jeff Boss. Keating credits Boss with instilling in him a strong work ethic—and the whatever-it-takes attitude.

Though he first studied electrical engineering, Keating’s interest in business and technology led him to change his major to information systems and decision sciences. He graduated with a Bachelor of Science degree in 2003.

During his senior year, Keating learned that a company called Lipsey’s was looking for an intern.

S&S Wholesale Sporting Goods was founded in 1953. Purchased by Richard Lipsey in 1977, the company continued to operate as a traditional sporting goods store, selling everything from fishing tackle and athletic supplies to the increasingly popular Converse shoes.

In 1993, the recently renamed Lipsey’s started to shift its business model to focus on firearms distribution—coinciding with its founder’s passion for hunting and shooting sports. 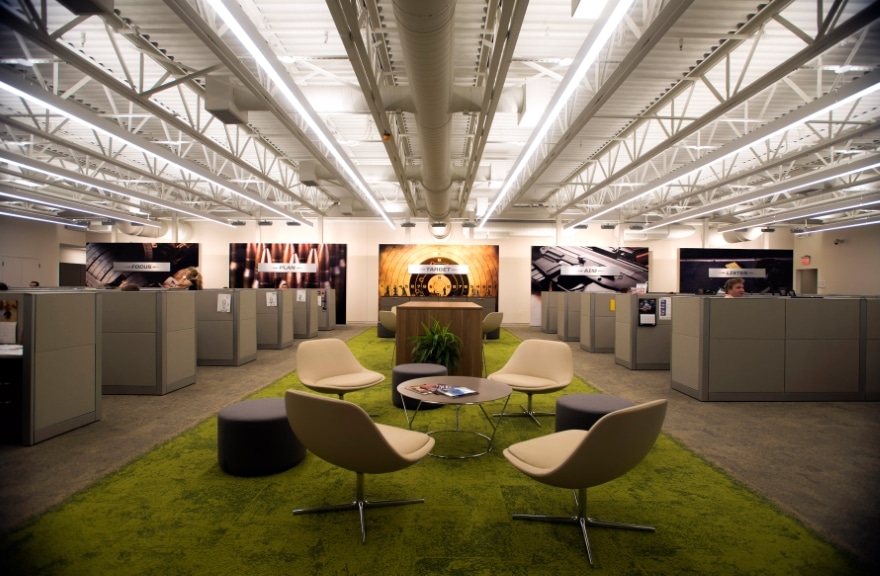 This transition was complete by the time Keating joined Lipsey’s as an IT intern in 2002. That same year, Laurie Lipsey Aronson, Richard Lipsey’s daughter, was appointed company president and became the first woman to lead the family business where she now serves as chairwoman and CEO.

Initially tasked with helming the help desk and basic report writing, Keating’s varied skill set helped him become the company’s first systems administrator in May 2003. As the company grew, he rose through the ranks.

“In 2003, the company had maybe 25 employees, and everyone sat in one room except for the two warehouse guys,” Keating recalls. “Being that close forces you to immerse yourself in the company, learn how everything works and identify ways to make it better.”

Jack of all trades

Throughout his tenure at Lipsey’s, Keating’s contributions have touched just about every facet of the company: spearheading its annual physical inventory; working with the marketing department to design flyers, ads and catalogs; coordinating Lipsey’s attendance at the world-renowned NSSF SHOT Show, the industry’s largest trade show—the list goes on. 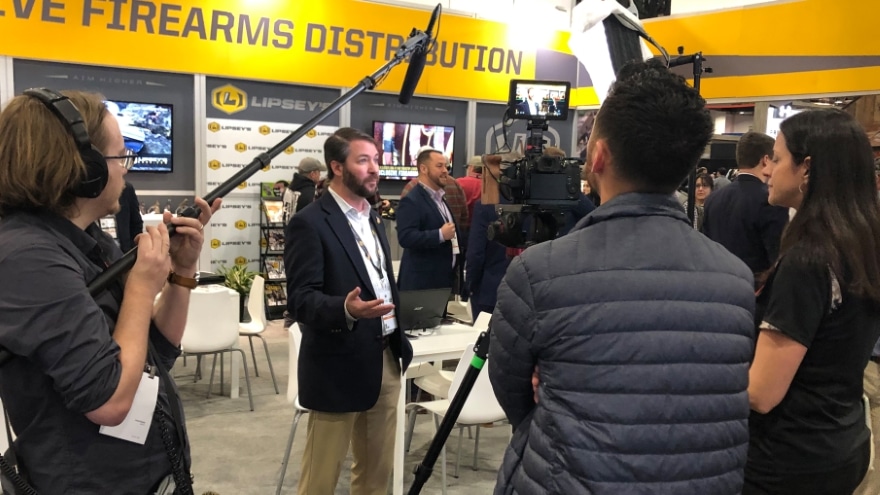 But it’s his IT contributions that have paid the biggest dividends. Using his web-development experience, Keating created the company’s first intranet in 2006. Used initially to track basic KPIs, the platform has since become a cornerstone of Lipsey’s business, providing purpose-built tools and enhanced reporting across all departments.

There’s a hidden history to the platform as well.

“The intranet featured a local restaurant guide with ratings, but it didn’t catch on internally,” Keating recalls. “I made Yelp before Yelp existed. I wish I knew then what I know now!”

But while the company intranet remains game-changing, Keating says his biggest contribution was recreating Lipsey’s e-commerce website from the ground up. Launched in 2012, the new site was designed to be easy to use, featuring a “firearms finder” search function that has since been copied throughout the industry.

“Our motto, ‘Aim Higher,’ permeates every aspect of our business,” Keating says. “We owe it to our dealers to have the best possible experience online.” 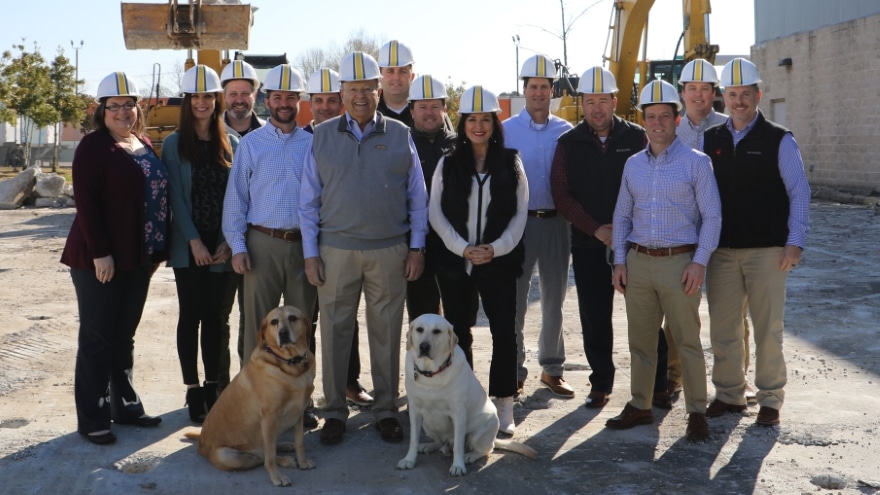 “It’s satisfying to see improvements like the WMS and ACH payments become a reality,” Keating says. “These tools positively affect our customers and employees. At the end of the day, that’s what it’s all about.”

In 2014, the company built and moved into its current headquarters. With the move came a slew of IT overhauls: improved networking, a new virtual environment anchored by Hewlett Packard Enterprise’s Nimble technology, cloud-hosted resources and a new Toshiba IP Edge phone system provided by Gage Telephone.

While Keating is quick to embrace cutting-edge technology where it makes sense, there’s one area where the old-fashioned approach is still the best: telephones. 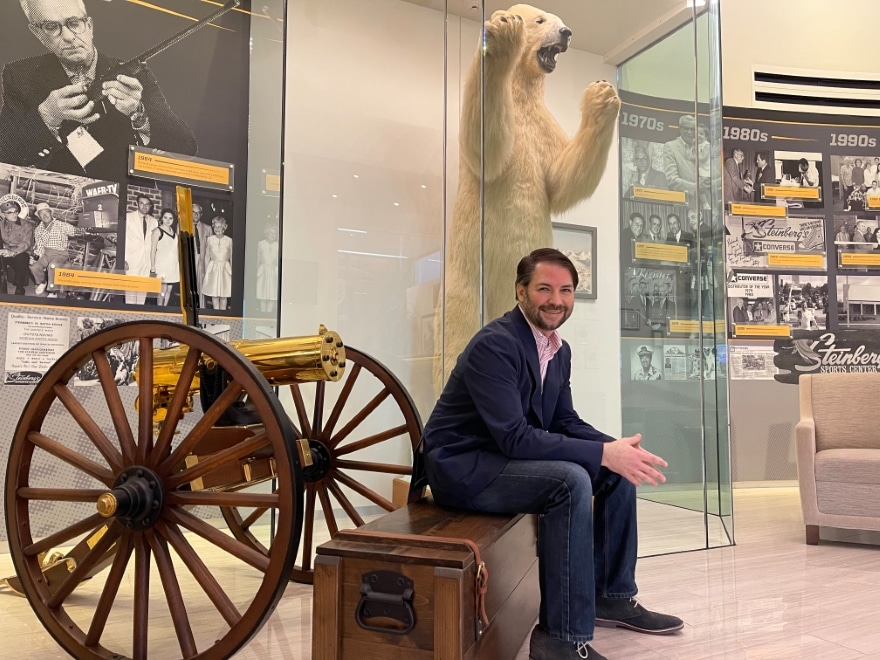 “Instead of going with a VOIP solution, we decided to stick with a traditional phone system,” Keating explains. “A live person answers every call during business hours, and this system provides the best experience to transfer hundreds of calls every day.”

Promoted to his current role of vice president of technology and CIO in January 2020, Keating says he’s proud to lead an IT department focused on creating competitive advantages through tech innovation—while not losing sight of the company’s customer-friendly roots.

“I’m grateful that our leadership trusted me, encouraged my growth, and allowed me to contribute where I could,” says Keating. “I’m lucky to be part of a truly outstanding team, not only in our industry, but anywhere. Our people, focus and relationships are what give us the edge on our competition.” 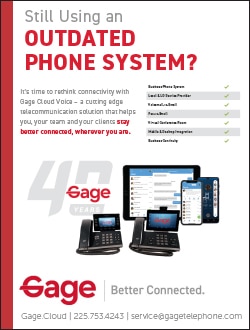