A small IT company packs a super-computing punch

Abba Technologies got its start in the IT world by selling super computers to two national labs in New Mexico, both famous for cutting edge research on nuclear weapons and energy.

In its beginning, working with brilliant scientists meant Abba needed equally brilliant IT specialists. So when the company decided to change directions and sell enterprise hardware used by business administration departments, it had plenty of engineering firepower and expertise in reserve. 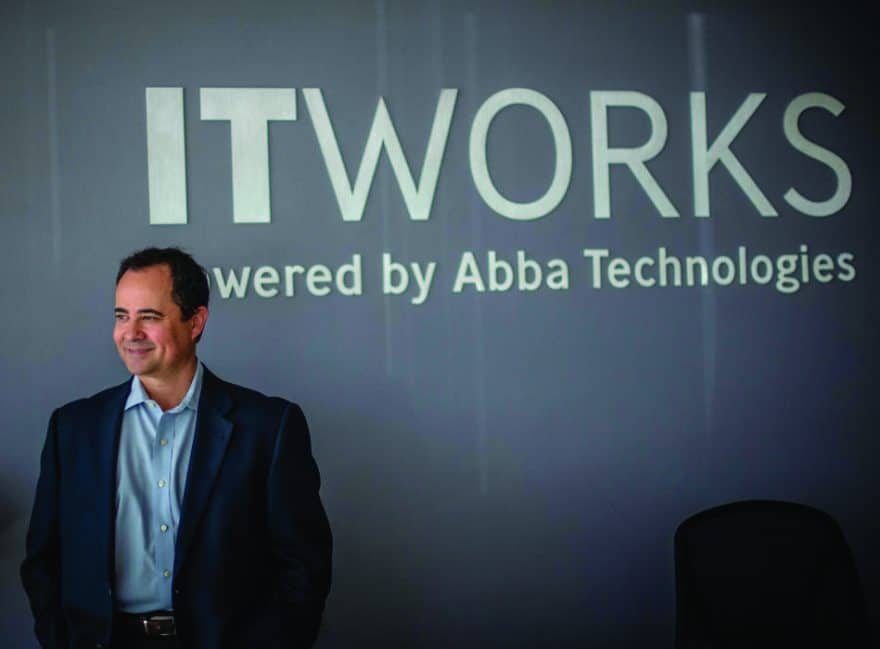 “Because of our highly skilled engineers, we can easily outmuscle smaller competitors in the market,” says President Andrew Baca.

The transition to enterprise hardware happened in 2001 when Baca took charge. After working closely with the Abba’s founder for three years, Baca was offered a chance to buy the company. He chose to split the purchase with his fellow employees, both because he couldn’t afford it alone and because he wanted all employees to have a stake in the business.

When Abba first expanded, the national labs it had been supplying with computers were the first to buy the new hardware and services. Over the next 15 years, it gradually built up a clientele of private sector businesses and administrative offices in cities throughout New Mexico.

Over time, rather than just change the sort of hardware the company sold, Baca expanded Abba’s business model by setting up a professional services department that installs and maintains enterprise hardware for clients.

“Offering professional services is better [than just selling hardware] because you’re much more valuable to the company,” says Baca. “We’ve become much more of a partner with our customers.”

Because it was already staffed with IT engineers who were accustomed to working on especially complex problems, Abba was able to provide services to its clients that bigger IT companies had to subcontract for and that smaller companies didn’t have the skills or resources to offer.

“Offering professional services is better [than just selling hardware] because you’re much more valuable to the company. We’ve become much more of a partner with our customers.”

“We don’t ever have to go to a company that’s more skilled than us for help. We haven’t had a problem we can’t handle because we’re sitting at the highest levels of IT,” says Baca

In one example, Abba worked with a customer that wanted to transition from using its 10-year-old, physical servers to a newer, virtual server system where information is stored online. The customer had previously been working with one of Abba’s competitors, but got frustrated when the competitor failed to get the job done.

“Our competitor had plenty of good technician-level people to handle basic desktop support…but when the customer needed to migrate to new technology, our competitor didn’t have the experience, and needed to outsource [for help],” says Baca.

By contrast, Abba’s engineers handled the entire project by themselves, conducting research and meeting with the customer personally to discuss their needs.

Many small IT companies struggle to recruit such engineers, but Baca says that Abba is in a unique position to attract brilliant minds—many of which honed their craft at larger companies.

“One of the best ways we recruit and retain people is offering them a chance to be an employee-owner,” says Baca.

Since 2001, when he led the employee buyout, Baca has offered all employees a stake in the company. He says that employee ownership leads to greater investment by the staff and, as a result, excellent customer service.

“One of the best ways we recruit and retain people is offering them a chance to be an employee-owner.”

Additionally, Baca says the company is focused on experience and skills, rather than degrees or titles. Many of Abba’s engineers had previous experience with major companies like IBM, where they received high-level certifications that Baca says is every bit as important as college training.

“At laboratories [or government departments] if you don’t have a masters or PhD. you’re pretty much tapped. At our company you can have a bachelor’s and be fine,” Baca says.

As the company grows, it finds ways to use its expert staff, both on complex government projects and with clients who only need IT troubleshooting. For example, Abba recently won a prestigious NASA Solutions for Enterprise-Wide Procurement (SEWP) contract, which places the company on a very short list of IT companies servicing government agencies.

At the same time, Abba’s general IT support service, or managed services, continues to grow and is working with customers in the Southeastern U.S. Baca describes managed services as, “an all you can eat buffet of IT support,” that helps companies troubleshoot desktop and printing issues among many others common troubles.

While technicians can offer support on desktops, mobile devices and printers, only engineers can handle the most complex IT problems, such as internet service outages

In these instances, Baca says, “our engineers can step in and quickly reroute network traffic from one service provider to another,” minimizing downtime for days. Baca says Abba’s engineers also give advice to customers, showing them how to use and maintain their hardware to avoid malfunctions or security issues.

As part of its growth, Abba has become a member of the New Mexico Technology Council, where it discusses the evolving role of technology in private and public organizations.