When Adam Gerson graduated from Ithaca College with a background in computer programming, he assumed he’d go to a tech start-up where he’d engineer groundbreaking software, get stock options and play ping-pong on his lunch breaks.

It wasn’t an unreasonable expectation. Before he’d finished college, Gerson interned at a booming tech start-up that promised him a high-paying job after college. Gerson was awestruck at the time. “It was the kind of place that had parties on the company boat and served caviar at client gatherings,” he says. 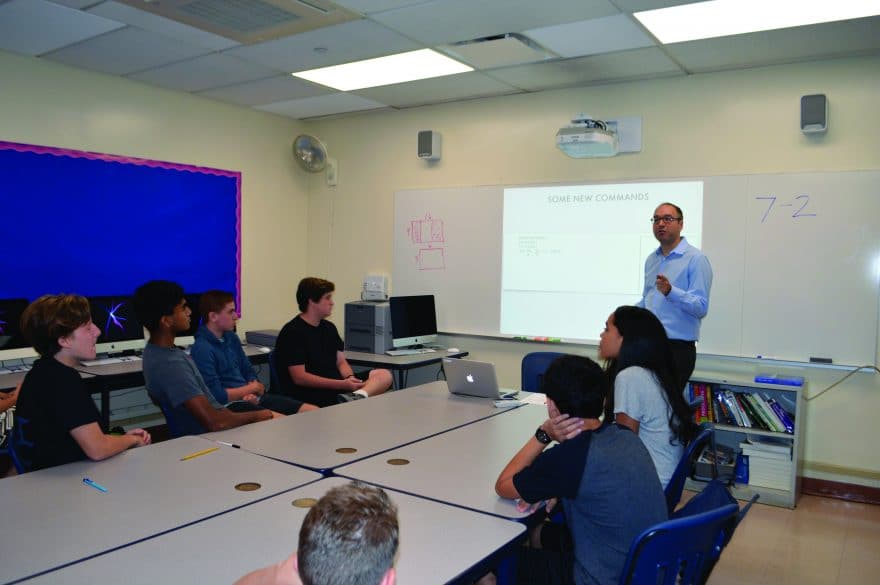 The bursting of the dot-com bubble in 2000 put a lid on the hors d’oeuvres and the same company called Gerson back saying, “we’re out of business.”

Instead of a start-up, Gerson took a job teaching fifth and sixth graders to use computers at Columbia Grammar and Preparatory School, a prestigious private school with more than 1,300 students and 345 faculty and staff. It was an unexpected change and one that took adjusting to, but the job, the community and the program inspired him.

The 250 year-old institution was originally affiliated with Columbia University and is one of the oldest prep schools in New York City. Arriving at a place like this with zero teaching experience, Gerson described his first time standing in front of a classroom of students as “absolutely terrifying.”

But he stuck with it and after a year, Gerson felt more comfortable with teaching and even began suggesting ways to improve the school’s computer systems.

“I’ve always had a leaning towards systems administration and programming,” Gerson says.

He began updating the school’s essential technology, first by setting up an email server in 2002. “Only a handful of teachers had e-mail and the network would crash all the time,” he says. Following the email roll-out, he also designed, built and modernized the school’s website, adding useful information about community news, class schedules and lunch menu options.

In the following years he took on even more ambitious projects, making the school’s network more reliable and adding file servers.

“When I got here the network switches were low quality and were bolted above the ceiling tiles, making them impossible to maintain, so we bought new equipment and put in dedicated technology closets in each building,” he says.

Finding fun in the hard stuff

Though the school’s equipment was outdated at first, Gerson says the administration at Columbia Grammar and Prep has always been open-minded and supportive of his projects. Over the years, his administrative and IT duties increased while his teaching lessened until Gerson officially became the Director of Technology in 2013.

Today, Gerson oversees a network of 14 buildings and 215,000 square feet spanning three blocks of Manhattan. In addition to managing a team of IT staff and computer teachers, he also designs customized solutions like web applications and databases for the entire school.

Gerson still teaches an elective in high school computer science and says that after 16 years at Columbia Grammar and Prep, he’s not only proud of his technical achievements, but also his growth as a teacher.

Gerson learned how to make programming fun the hard way. “When I started I was dry; I was teaching with boring examples. We wrote a fictional program that processed student GPA calculations,” he says, laughing.

The problem he encountered was that students who were already gifted at programming did well, but the majority of students didn’t understand or care about the subject. “I really did a self-evaluation and said what’s wrong here? My class isn’t accessible to a layperson, even a smart layperson,” he says.

To fix the problem, Gerson adopted a novel approach to making computers fun—instead of turning programming into a game, he teaches students to build actual games like tic tac toe, rock, paper, scissors and Frogger.

Gerson says the programming concepts needed to build these games are very accessible to students, but that even students who regularly play contemporary video games are surprised by the work and effort involved.

“You take ninth graders who are used to Call of Duty and they’ll be blown away by the complexity of creating a game of tic tac toe that detects a win,” Gerson says.

The best part for him, though, is the “rush of validation” his students get when they successfully build a program and watch it in action for the first time.

Merging teaching and programming to help all students

Programming classes illustrated to Gerson one of the great challenges faced by all teachers—students simply don’t learn at the same pace. In computer science this is an especially difficult fact of life because each lesson builds off of the last. Over time the gap between techy-savvy students and those who struggle can grow to be unmanageable.

Merging his passion for programming with his baptism by fire in teaching, Gerson handles this problem by using the flipped classroom methodology. He uses an online learning management system called Schoology (that he introduced to the school) to post activities, videos and readings online.

Instead of being lectured in class, students learn interactively at home and online. This way, class time can be devoted to in-depth projects, like game making, and one-on-one help.

Passion and flexibility create the best job on earth

Gerson’s background in programming allows him to teach complex projects like game building, but his on-the-job training in teaching allows him to apply that background on a grand scale. He now hires other teachers and IT specialists with similarly unique backgrounds and skills.

Gerson says the same flexibility Columbia Grammar and Prep showed him by letting him teach and work on what he was passionate about now extends to other teachers. “We very much believe in giving people autonomy and letting them learn and explore on the job,” he says. As a result, the school has a very low turnover of teachers.

“I’ve found something here that I can’t really put a price tag on,” he says. “I have the best job on earth.” 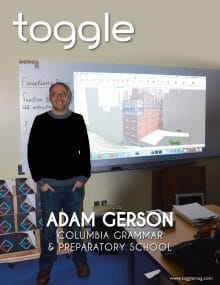