Creating a DIY IT department

In 1987, just months after becoming Hidalgo Independent School District’s lone computer coordinator, 22-year-old Adrian Garcia surveyed the IT landscape and did what had always felt like second nature: he dreamed of making things better.

At a time when 10-megabyte Compaq Desktops were considered state-of-the-art and the internet was still the niche domain of plugged-in techies, Garcia managed to create a unified student database—complete with names, contact information, course enrollment and more—that allowed administrators at the South Texas district to markedly reduce both search time and paperwork.

The upgrade forever changed how the district deals with data.

“The thing that’s always sparked me is, I don’t like to wait,” says Garcia, who would go on to build the first professional development database for the nearby Regional Service Center—a system that’s still in use today. “If there’s a way to tackle a problem, I like to get in there and do it. That’s been driving me my whole career.” 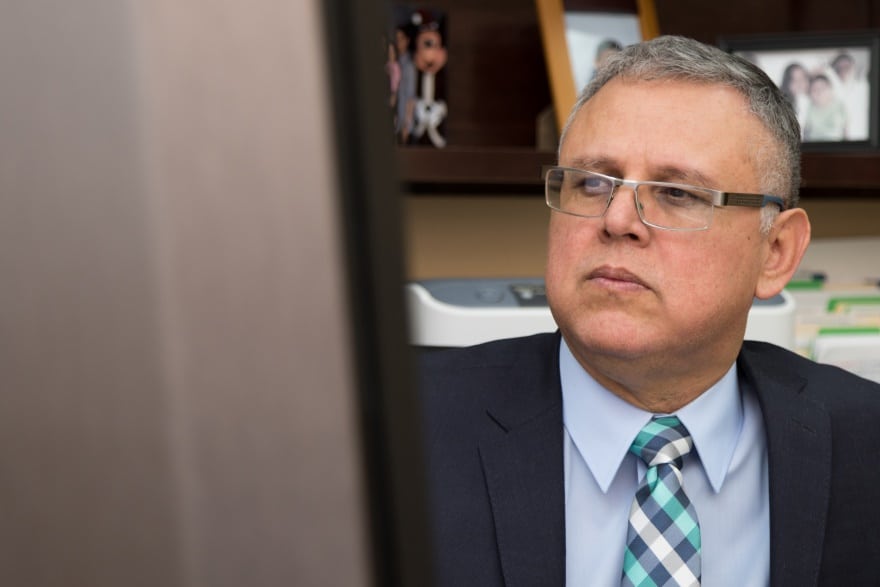 Thirty-one years later, Garcia finds himself once again on the cutting edge, this time as chief of technology and student services for the nearby Pharr-San Juan-Alamo Independent School District (PSJA).

By all accounts, IT infrastructure at the 32,000-student PSJA, which Garcia joined in 2011, was refreshingly well-equipped, with a robust network, a growing student-to-device initiative, and more.

Still, Garcia saw room for improvement, particularly when it came to digitization. Within months, he’d replaced the schoolboard’s agendas and other paper materials—once housed in 5-inch-thick binders—with a new online platform tied to district-issued iPads.

Even where PSJA was digitally oriented, such as with its student data—which included everything from grades and attendance to disciplinary records—Garcia reimagined the existing infrastructure, taking what was once a mess of Excel spreadsheet data and turning it into intuitive, easily navigable tools.

Now, instead of creating a chart or graph for every metric or outcome—how many students earned a specific degree or certification, for instance, or benchmarks for the state’s college-readiness program, the Texas Success Initiative (TSI)—the Vector college-readiness dashboard allows users to filter by school year, curriculum, specific student populations and more.

For instance, if you click on a certain number (say, the percentage of kids who didn’t meet TSI benchmarks) the chart will automatically generate a list of students.

“It’s completely reversed how we’re looking at data,” Garcia says. “We used to have to go through lists with a highlighter. Now we can easily identify kids that match the criteria we’re looking for.”

There’s an app for that

To improve the district’s performance in the state’s Language Proficiency Assessment Committee (LPAC), Garcia and his team created AccELerate, a dashboard for monitoring English readiness—often an issue for U.S.-Mexico border towns.

The platform was such a success that the district has since started selling it to other districts in the state. Though Garcia says the proceeds are far from a windfall. 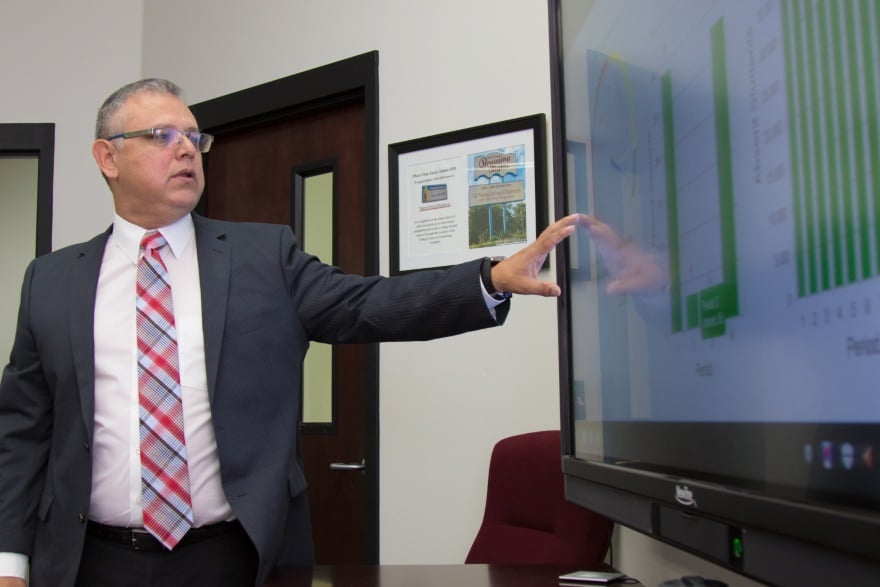 “Most districts in the state have the same needs as we do, so this is a way of helping them find cost-effective solutions while helping us fund our own efforts,” he says.

To date, Garcia and his team have created more than 50 applications, from truancy and dropout prevention to an attendance-recovery program. Introduced in late 2018, a staff-profiling tool allows administrators to cultivate PSJA ISD personnel for future leadership positions.

Going forward, Garcia hopes to develop a dashboard to help the district plan for future school budgets and state funding, much of which is attendance-based. Meanwhile, a new case-management platform will provide more detailed, “big-picture” information on students in crisis, giving administrators the insight they need to intervene—or request additional resources.

“We don’t build just to build; if there’s a product out there that’s more cost-effective, we’ll buy it,” Garcia says.

Getting with the program

Indeed, Garcia has taken an equally hands-on approach to building his department, prioritizing IT employees who have robust programming backgrounds—people capable of not merely implementing the department’s growing wares, but creating them.

In years past, PSJA programmers would be siloed by expertise (cybersecurity, classroom technology and so on). Today, all district programmers work together, creating an environment where “everyone learns from each other and no one’s left behind.” 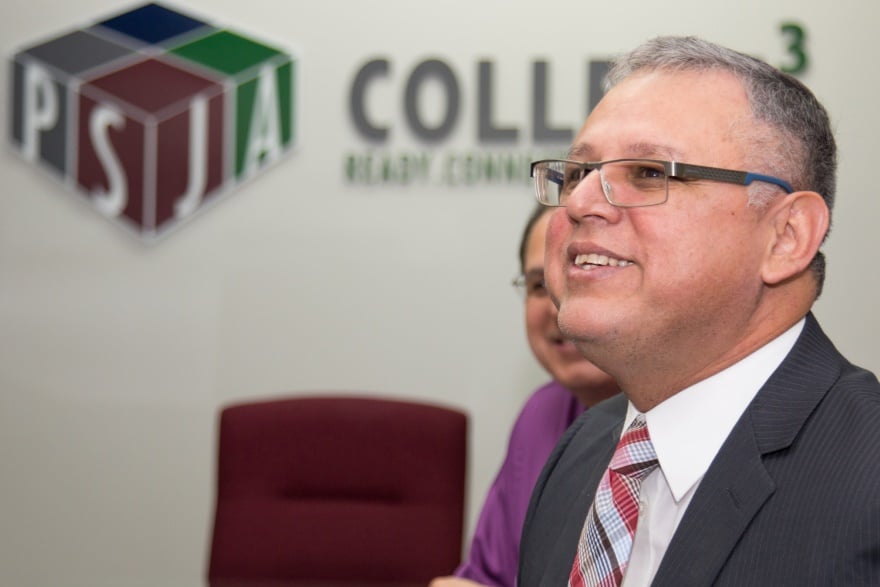 However impressive the district’s strides, Garcia insists that his work—a job that’s since become a calling—is far from over.

“At any school district, you’re always in need of more staff and more money, and those two things can be hard to come by,” Garcia says. “So the next best thing is to be more efficient with what you already have. When you can do that, and you have a superintendent and board that understand and support what you’re trying to do, you can do anything.”

Though he insists the aim is always the same: finding solutions that help change the technology landscape, both in the district and beyond.