How do bolts of fabric, hides of leather and sheets of plywood build a career in IT? Those are among the raw materials McCreary Modern of Newton, North Carolina, uses to make the upholstered furniture it ships to retailers throughout the U.S.

Tracking those materials and the manufacturing processes is Alan Fisher’s responsibility. As director of IT and a 25-year veteran of the company, he’s leading a technological transformation that also affects how production employees are paid and how finished goods are shipped.

With the approval and encouragement of company founder Bob McCreary, Fisher is adding modern touches to an industry that’s been a regional economic staple for generations. 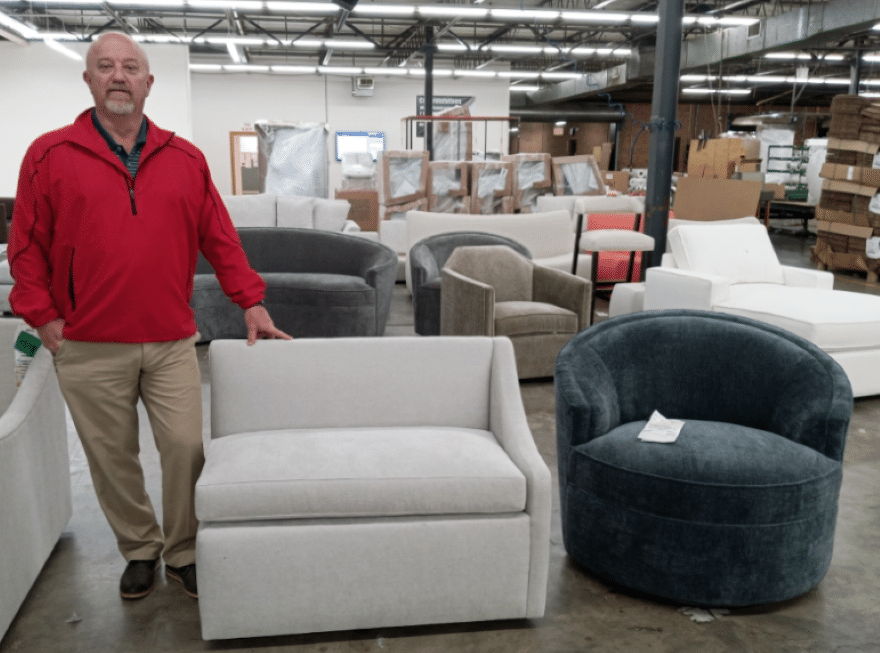 “Furniture manufacturing is an old trade and has old ways of doing things,” Fisher says. “Our goal, post-pandemic, is to minimize waste and get the best value for the products we design.”

McCreary Modern was founded by Bob McCreary and his wife, Michele, in 1986. In addition to his experience in the industry, Bob is a community figure and former football star at nearby Wake Forest University.

When Fisher joined the company in 1997, it had 300 employees. Now, the company employs more than 1,000 people working in six plants within a 35-mile radius of headquarters. It makes leather and upholstered furniture for retailers including Crate & Barrel, Macy’s, Room & Board, Arhaus and Jonathan Adler.

McCreary Modern employees earn piece work wages instead of hourly pay, completing tasks that range from woodworking and fabric cutting to assembly. Until this year, the company tracked their time using production tickets printed by four large high-speed printers at its headquarters. The tickets were sent to plants to be completed by employees.

When Fisher learned those printers (which cost $60,000 apiece) were going to be discontinued, he approached President and Chief Operating Officer Rick Coffey with a proposal to supply 600 employees with tablets to scan work tickets, track product and record their work. 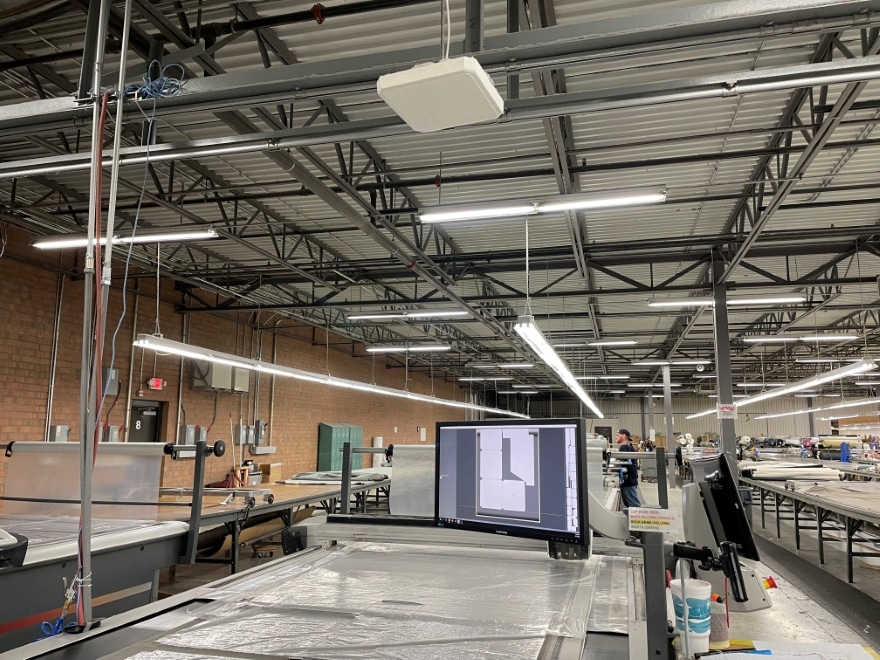 With their approval, he also replaced the four printers at headquarters with 22 new ones spread throughout McCreary Modern’s production facilities. Employees still use production tickets, but they’re now printed on-site and scanned with devices using in-house software, enabling the company to immediately track the work. Employees are emailed nightly on what they’ve earned for their day’s output.

Fisher and his team of five also added radio frequency ID, or RFID,  stations created with help from Impinj, to help track the flow of raw materials used in manufacturing.

Those raw materials are already barcoded, but when they’re placed in rolling “buggies” (which are also used to move partially assembled furniture), the numbers assigned to the buggies are scanned before they’re shipped between facilities.

The ID system also enables the company to track furniture as its assembled, enabling sales staff to communicate with customers on the status of orders.

Fisher estimates the company sends 100 truckloads each week. Now, when a piece of furniture is finished, a shipping label is automatically generated based on a RFID code assigned to the piece. If the furniture is about to be loaded onto the wrong trailer, a warning tone sounds.

CNX Corp. has been a crucial partner in adding needed technology to McCreary Modern for more than a decade, Fisher says. CNX helped the company develop its mobile technology beginning in 2012, using its Valence software to link McCreary’s IBM system to smart phones and devices used by sales.

More recently, CNX provided the Nitro app builder allowing Fisher and his team to quickly build apps in a “drop and drag” method that minimizes code writing and can be done in a day or less. Another vendor, Dynamix, based in Roswell, Georgia, has provided support for McCreary Modern’s IBM IT infrastructure and network of Cisco servers. 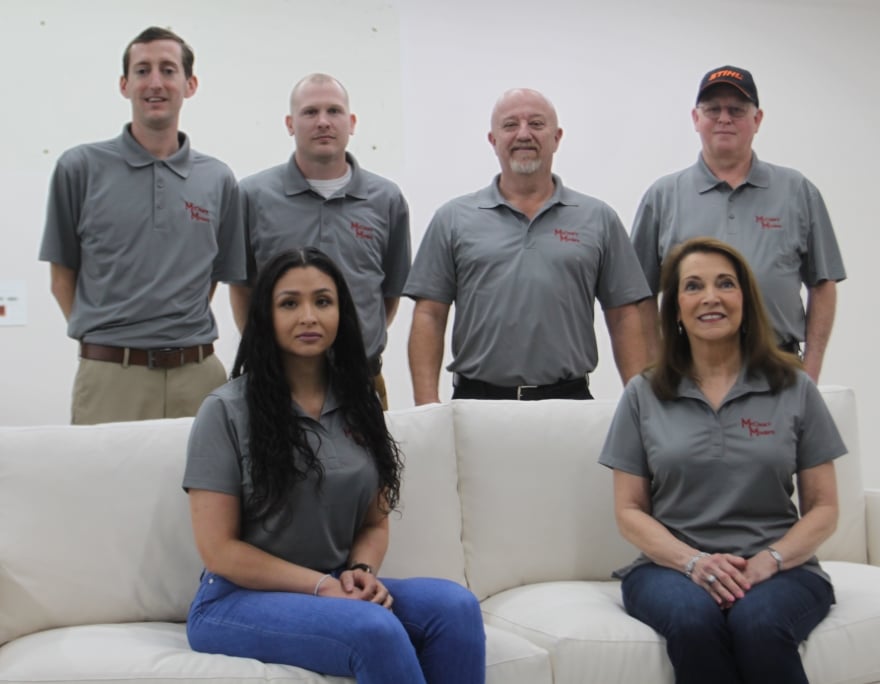 “Dynamix’s close proximity and its wealth of knowledge of the team make it a great partnership with McCreary Modern,” Fisher says.

“Because the industry may be rooted in older ways, we might be vulnerable,” he says. “It’s on the forefront of everyone’s IT leadership, beyond me. Everyone is aware of someone’s possible erroneous click and we send out articles to reinforce need for vigilance.”

Fisher was born and raised in Catawba County, the son of a Baptist minister.

As he was growing up, a deacon at his father’s church got him a job helping  build homes. However, Fisher, who also drove a school bus, realized construction can take a toll on a body. He enrolled at Catawba Valley Community College in pursuit of a business degree and took computer programming courses as electives.

Working with a vintage Tandy computer in the early 1980s, Fisher found he enjoyed programming. 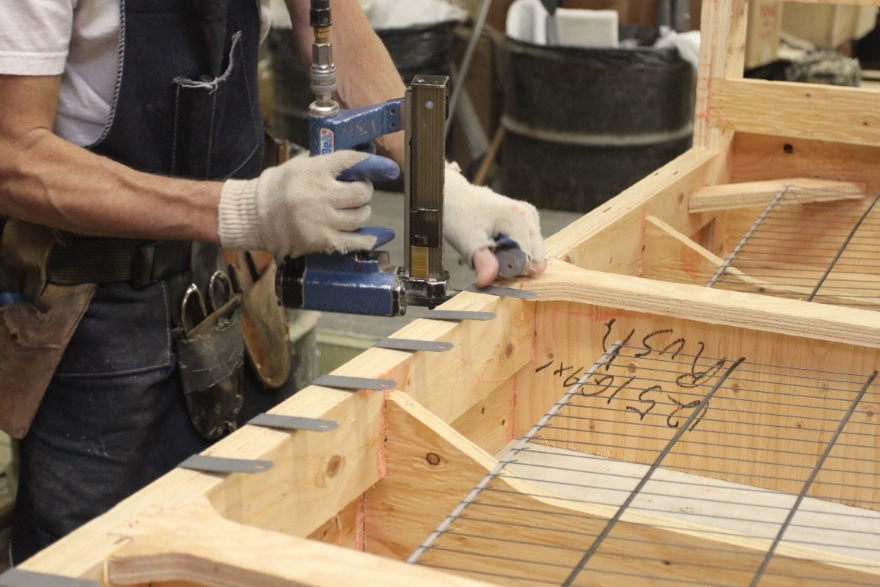 “As with construction, programming allows you to look back at the end of the day and see what you’ve produced,” Fisher says.

So, after earning his associate degree in business from CVCC in 1985, he joined Fame Plastics as a junior programmer. Fisher worked for 15 years in the Charlotte and Catawba County region as a consultant and programmer and was a senior analyst and programmer at Regency Home Fashions before joining McCreary Modern in November 1997.

“Working for McCreary Modern has been life-changing for me,” Fisher says. “Everyone wants to make Bob McCreary happy. His attitude is contagious and he looks after his customers and employees. It’s an awesome place to work and I’m proud to be associated with it.” 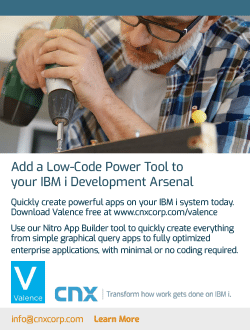 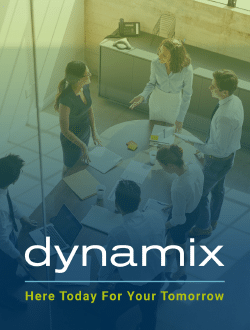