Proud to work on behalf of disabled Americans

Even under the best of circumstances, a cloud migration might consume the efforts of 30 to 40 technologists for at least three months. Testing, feedback and collaboration are just a few parts of the process, and shortcomings anywhere stand to jeopardize the result.

Alan McMillan had to do this remotely when he undertook what he deemed a long overdue project at PRIDE Industries in July 2020. COVID-19 was in full swing, and four months earlier the infotech department had to first increase the company’s eight virtual private networks by 100-fold. 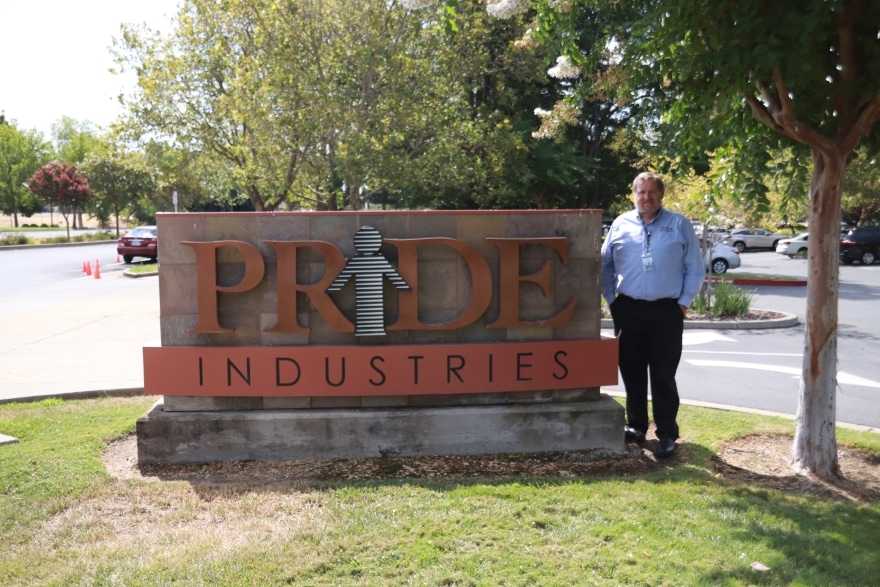 The senior vice president and chief information officer says the expansion was necessary to accommodate the increased online communication. Meanwhile, his team worked on the cloud migration, which was completed the following April. The secure and user-friendly platform has enabled PRIDE Industries to better serve its vendors and partners, he says.

“It speaks to the culture of PRIDE Industries’ employees,” McMillan told Toggle in June from company headquarters in Roseville, California. “It’s all about our mission, which is creating employment for people with disabilities.”

More specifically, that mission is partnering with private and public sectors to introduce or reintroduce people with disabilities to the workforce—a task for which reliable and secure infotech is indispensable. With employers of all kinds demanding the latest in IT functionality from the source of their labor, McMillan had recognized in 2019 that PRIDE Industries had fallen behind the curve as opportunity for its services was increasing.

Once its on-premise data storage was in the cloud, the organization became much more efficient, McMillan says.

Though the endeavor cost around $500,000, he extols the long-term benefits, including that his team has finally gotten out of “maintenance mode.” It now focuses not on updating and patching software but on strategic endeavors with other departments.

“Nobody gives us work because PRIDE Industries has such a noble cause,” says McMillan, who in October will celebrate his ninth anniversary with the organization. “They’ll give it to us if we’re cost-competitive and have a quality workforce.”

PRIDE Industries seems to have distinguished itself in those regards, he’s quick to add. Save for the federal government, it’s the nation’s leading employer of people with disabilities, with around 4,000 individuals with physical or developmental disabilities depending on the nonprofit social enterprise for work. 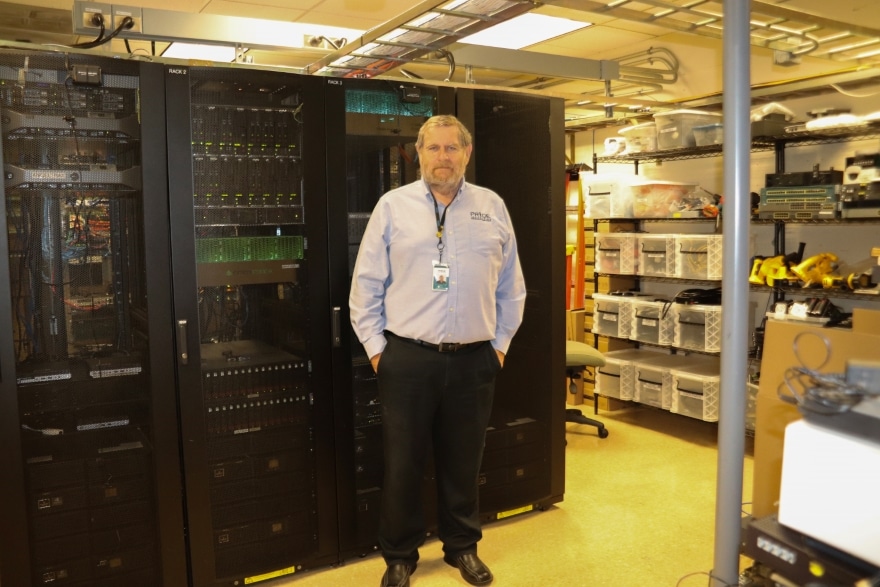 Its contractors include the rehab departments of 17 states as well as Wounded Warriors and the U.S. Department of Defense, which uses PRIDE Industries employees to help maintain military bases. Though a nonprofit, PRIDE Industries doesn’t sustain itself through donations and grants, instead operating as a for-profit company that bids to outsource its workforce and reinvests its revenue into further services. PRIDE Industries employees work at airports, correctional facilities, factories, hospitals, retail operations and just about anywhere.

Still, McMillan says that someone with a physical, cognitive or learning disability can’t always be expected to produce with the same efficiency as someone without a disability. Technology, however, can level the proverbial playing field.

He describes how a hearing-impaired employee has capably performed with the help of a PRIDE Industries-provided tablet linked to an on call American Sign Language interpreter. Thus, a supervisor can speak, the interpreter can signal and the employee can respond accordingly.

PRIDE Industries also provides its employees with mobile devices, allowing them to clock in and out of jobs. McMillan works with cybersecurity specialist Omnistruct to ensure compliance with the Pentagon’s rules and regulations.

“They keep us on track about any new developments,” he says of the vendor. “They’re our consulting partner for this journey. It’s not just a one-time thing.”

Be it a public- or private-sector client, McMillan says PRIDE Industries maintains similar standards for cybersecurity. It certainly has to in California, which set a national template with its Consumer Privacy Act of 2018. At any rate, due diligence for cybersecurity and compliance are just sound operational practices—and all part of him being a CIO.

A native New Zealander, he’s held tech roles for around four decades. Prior to PRIDE Industries, McMillan had logged nearly 27 years at Raley’s, a Sacramento-based grocery chain where he ascended to senior director of technology. A terrific company, he says, but well into the latter half of his professional life, he sought a higher mission.

That was PRIDE Industries, which he says marks his most fulfilling role ever. There being around 20 million disabled Americans and the unemployment rate hovering around 70 percent for those of working age, he calls that a waste of ability.

“While I’m like any CIO running the technology, there’s a social mission here that was lacking at the other places,” he says. “Here we’re creating jobs for people who otherwise may not be working. We’re restoring the dignity of earning a paycheck for a good amount of the population. To me that’s magical.” 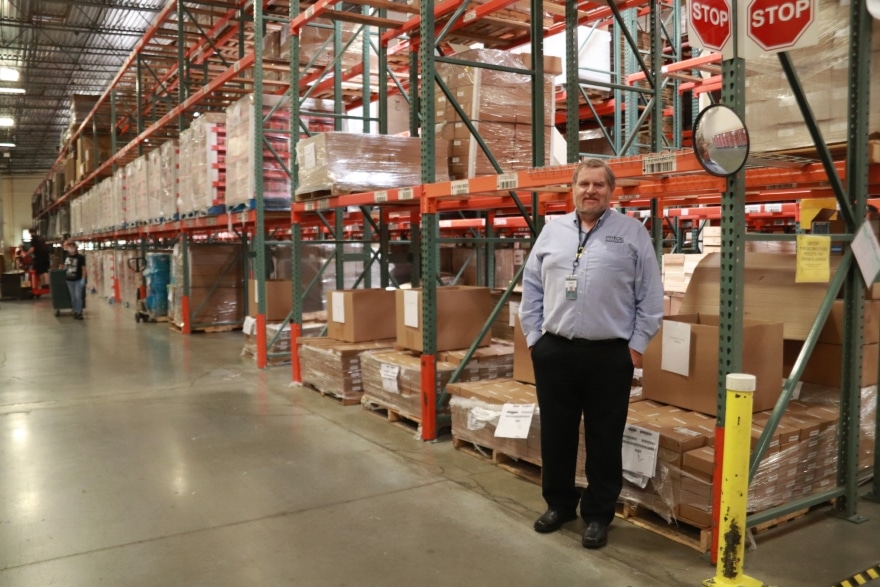 As to how he came to be so positioned, McMillan says some “dumb luck” was behind his professional development. As a college student in his native land, he originally majored in accounting but found crunching numbers didn’t sustain his interest. Still in his teens, he took a tech job at an insurance firm and liked it.

“It’s fascinating to find out by accident just what you can do,” he says with a laugh.

He found he could do even more during the mid-1980s, embarking on a trip to nowhere in particular but winding up in the Bay Area, which proved to his liking. A cricket and rugby enthusiast in New Zealand, he became a San Francisco Giants diehard in 1985, which took some doing—the team finished last in the National League West at 62-100.

But a string of winning seasons followed—for the Giants and McMillan. In the decades since he’s been blessed by six children and 15 grandchildren, and when he spoke to Toggle his favorite team was still in contention.

McMillan, too, is still in the game. 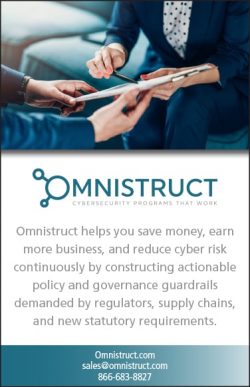