Every year, the largest horse auction in the world takes place in Lexington, Kentucky, the “Horse Capital of the World” and the epicenter of Kentucky’s estimated $4 billion horse industry. In 2006, the most expensive horse ever auctioned, The Green Monkey, was sold for $16 million at Fasig-Tipton, one of Lexington’s two world-renowned equine auction companies.

As chief information officer for the Lexington-Fayette Urban County Government, it’s part of Aldona Valicenti’s job to make sure the city and county have access to high-speed internet, so that their industries—including the equine business—can flourish. Under Valicenti’s direction, Lexington-Fayette is currently looking at how to bring fiber optic internet to both its urban and rural households. 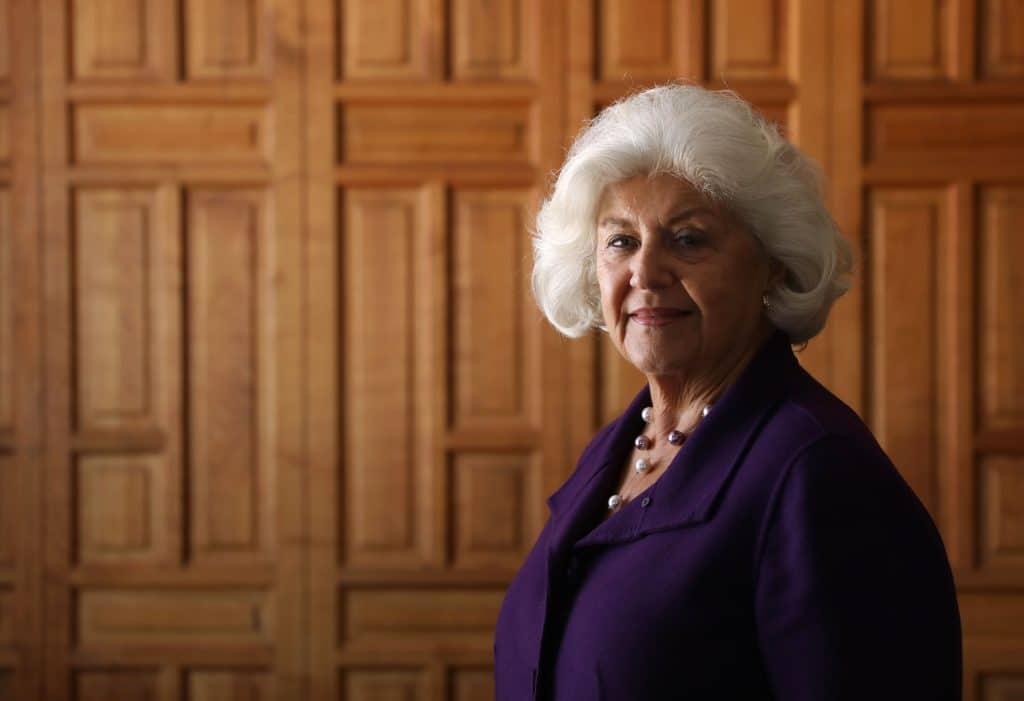 “The city-county government is working on many technology initiatives to drive efficiencies and improvements to citizen services,” Valicenti says. “One of the most important initiatives is the fiber deployment.”

It’s important for the horse industry, where, before a horse is auctioned, potential buyers look at between 25 and 35 X-rays. Those are often shared around the world, and “you can imagine the amount of data that has to be shipped,” Valicenti says. But the equine business isn’t the region’s only industry that relies on access to high-speed internet. Small businesses, universities and big players like Toyota, which has its largest manufacturing facility 20 miles north of Lexington, stand to benefit from fast access too.

There are really two parts to the Lexington-Fayette community: the city, Lexington, which Valicenti says is getting denser, and the rural country, Fayette, where the equine farms, race tracks and hospitals are. That’s intentional. The city is bound by an urban-county border, and it has committed not to sprawl through zoning ordinances in order to protect the horse farms.

With leadership from the city’s Chief Innovation Officer, Scott Shapiro, and Valicenti’s direction, a small team has been assessing what it will take for the Lexington-Fayette Urban Government to bring fiber optic internet to businesses and homes in both the city and the county. Their hope is that fast internet speeds will pave the way for economic development. In the city, they’ve determined it will cost between $180 million and $200 million. Now, the team is studying how much it will cost to bring fiber optic to rural areas.

“As you can imagine, cost is really driven by density,” Valicenti says. In areas of dense population, fiber costs less. Areas with less population density require more investment per capita.

By late fall 2016, the city-county government had already prepared a request for proposals (RFP). The RFP will call for businesses willing to join the city in a public-private partnership.

The fiber optic cables won’t just benefit the horse business. In fact, the effort is largely driven by Lexington-Fayette’s schools and a push for economic development across all industries.

Lexington is home to the University of Kentucky, Transylvania University and multiple two-year and tech colleges. All of those need higher internet speeds, not only for students but for graduates, too.

“The idea is, if you’re going to educate people, you really want them to stick around and start [businesses],” Valicenti says. “Whether it’s a technology business or a non-technology business, almost all of them will need higher speed access.”

Valicenti sees fiber internet as way to support manufacturing, too. About 20 miles north of Lexington is the first and largest Toyota manufacturing facility in the U.S. That facility is supported and supplied by about 300 other businesses that rely on internet for everything from sales to creating and sending blueprints.

“Kentucky as a whole state is really a state of smaller businesses, people that run their businesses out of their homes or probably have less than 25 employees,” Valicenti says.

Most of those small businesses have out-of-state customers. That means how they communicate, get raw materials and grow their businesses depends on access to high-speed internet.

“When you look at it, much of what we do is driven by technology, so the city wants to be very much a participant in how we can facilitate not only business and education, but we need to facilitate the individual households because we have a lot of small businesses [and people working out of their homes],” Valicenti says.

“I think we’re building the foundation to provide better services and to accelerate how the citizens and city government can be competitive in a global market.”

In the early days of the internet, the state government created the Kentucky Information Highway, which partnered with providers to bring internet to all of the public schools, universities and government buildings in the state. That has evolved into Kentucky Wired, an initiative to now connect those institutions with fiber optic internet.

While Kentucky Wired won’t bring fiber to homes, it will allow Lexington-Fayette to run fiber between fire and police stations and, ultimately, improve the services it provides to citizens.

“Technology is enabling almost every single phase of what the city does as a service provider,” Valicenti says.

Externally, citizens still want basic information like garbage collection times and street closure notices. They also want to pay at the public pool with a credit card and to drive on streets without potholes—Lexington-Fayette has tech-driven machines that test pavement to tell where the surface is wearing away.

Internally, Lexington-Fayette has deployed several systems to the cloud, including its revenue, budgeting and citizen-facing code enforcement systems. It’s in the process of launching a new 311 system, which will also live in the cloud.

“I think we’re building the foundation to provide better services and to accelerate how the citizens and city government can be competitive in a global market,” Valicenti says.