Raising the IT bar in a mile-high city

It’s among the most desirable cities anywhere, mile-high Aurora, Colorado, at least for the financially secure and gainfully employed. But the long winters can make it very inhospitable for the homeless.

And that’s when the U.S. Department of Housing and Urban Development requires a Point-in-Time tally of sheltered and unsheltered homeless persons. The count must be done on a single night in January when the mercury often dips below freezing. 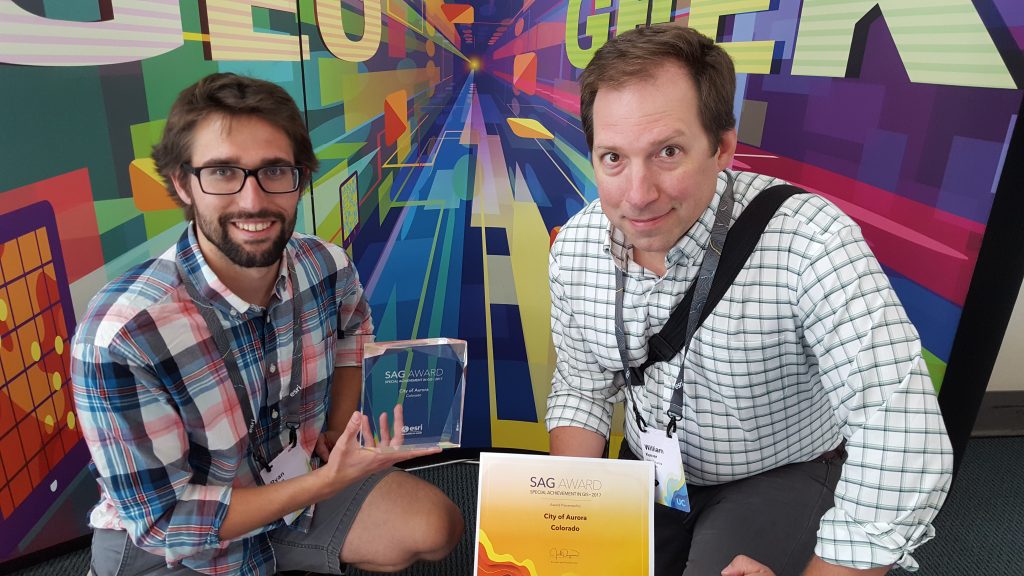 Fairly recent years had the Aurora municipal staff painstakingly conducting those surveys on paper, hindering the ability to provide such services as sheltering, health screenings, and food and hygiene kits. That changed, however, shortly after Aleta Jeffress came aboard as chief information officer in 2014, with the city moving to collect the data with a groundbreaking digital approach.

Through the use of Esri technology that included Survey 123 and Web AppBuilder, Aurora’s Geographic Information System team was able to work with the local homelessness director in quickly spinning out a digital survey, accessible via URL, to a volunteer staff that was able to input the data with very little training, due to the user-friendly and streamlined nature of the application.

“The project eliminated cumbersome paper surveys and hours of manual data entry, as well as provided valuable data on concentrations of homeless populations across the city,” an Esri spokesperson said last year, while recognizing Aurora with one of its Special Achievement in GIS awards.

For Jeffress, who heads an IT staff of 60, it was another indicator of what high-tech strides Aurora has made on her watch and what an example the city can set for other communities.

“How would I sum up my four years here? The biggest word would be ‘transformative,’” Jeffress tells Toggle in July. “When I got here there were a lot of legacy systems in place at a time when the city was seeing population growth while falling behind in IT.” 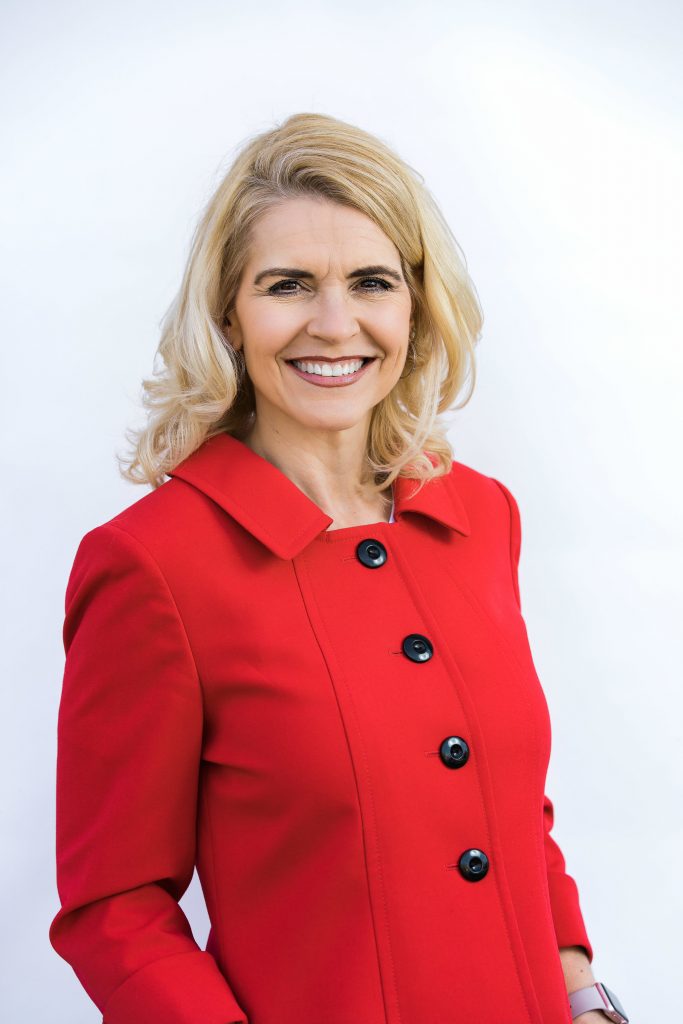 Not that that necessarily made Aurora much different from other municipalities. Public IT directors, Jeffress among them, almost all agree that government at any level lags behind the private sector when it comes to info-tech innovation, given budgetary constraints and the many needs a public entity must meet. But more and more communities—Aurora included—are now regarding IT as an investment rather than a cost, and catching up with the private sector.

And that’s something residents much appreciate for how it can simplify their lives, keep them informed and enhance public safety.

As Jeffress explains, Aurora City Hall must serve 19 critical needs, a few of them being the police and fire departments, public works, water, the library system and the legal staff. Each has a unique need, but must be integrated into the city’s overall mission.

Projects well underway or recently completed include upgrades to data protection and a consolidated Paymentus e-commerce platform to simplify how residents can pay taxes, fees and fines. A new partnership with CareerWise Colorado provides opportunities for high school students to apprentice within local government departments.

And with all the construction planned in Aurora, developers are sure to appreciate the implementation of the Accela Civic Platform, its many uses including streamlined land management with 24-hour online access to submit, track, schedule and coordinate activities; improved contact management; the sharing of electronic documents across all departments necessary to ensure compliance; and leveraged mobile capabilities to accelerate staff productivity in and out of City Hall.

While the system won’t rubberstamp any proposed project, at least it’ll let the builders know where they stand.

On the public safety side, Jeffress explains that the radio system has been upgraded to be interoperable with surrounding communities. Same for the homelessness initiative that’s becoming the region’s model.

Those are just a few of the many initiatives Aurora gladly shares as a charter member of the Colorado Smart Cities Alliance, formed last year with the intent of using data and technology to further streamline operations, save energy and sustain resources, expand economies, and enhance the overall quality of life.

“When it comes to IT, the public sector can be like an industry with a core legacy product that’s hard to move,” Jeffress says. “But we’re in a position to move forward with public-private partnerships we can leverage to move quicker up the curve.” 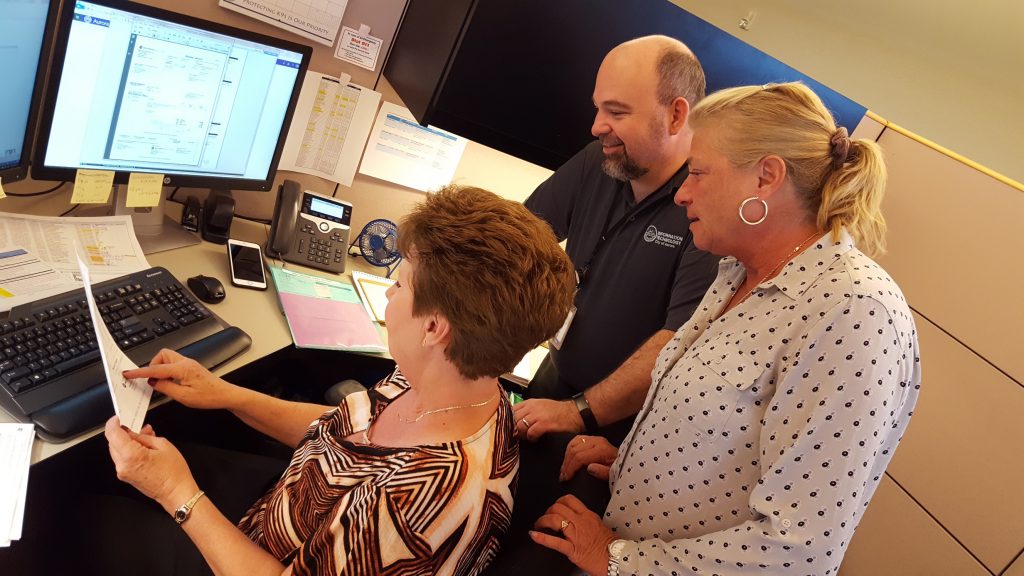 Interestingly enough, it might be said that rather than Jeffress finding high-tech as a career choice, it found her. As a University of Indiana Bloomington student, she majored in public and environmental affairs. Somewhere along the line she met a roommate’s sister who worked at a software company, which is what Jeffress wound up doing from 1989 to 1998 at Master Software Company in Indianapolis, garnering seven promotions in the process, the last of which made her project and quality assurance manager.

“I found I had an aptitude for technology and continuous learning,” she says. “I moved into the infrastructure side and further learned how technology can be an enabler and how I could make it happen.”

Her career path continued in Indianapolis, where she was director of product management, quality assurance and client implementations at Blackbaud (formerly eTapestry) from 2000 to 2003. Next came another three-year stint as vice president for software development at Onebridge, also in Indianapolis. She then became director of federal technical services from 2006 to 2012 at another Indianapolis company, Perpetual Technologies.

The Indiana Department of Revenue recruited Jeffress to be interim chief information officer in 2012. Soon after, the interim tag was removed and she was the full-fledged boss of a staff of 100 and in charge of a $16 million budget. 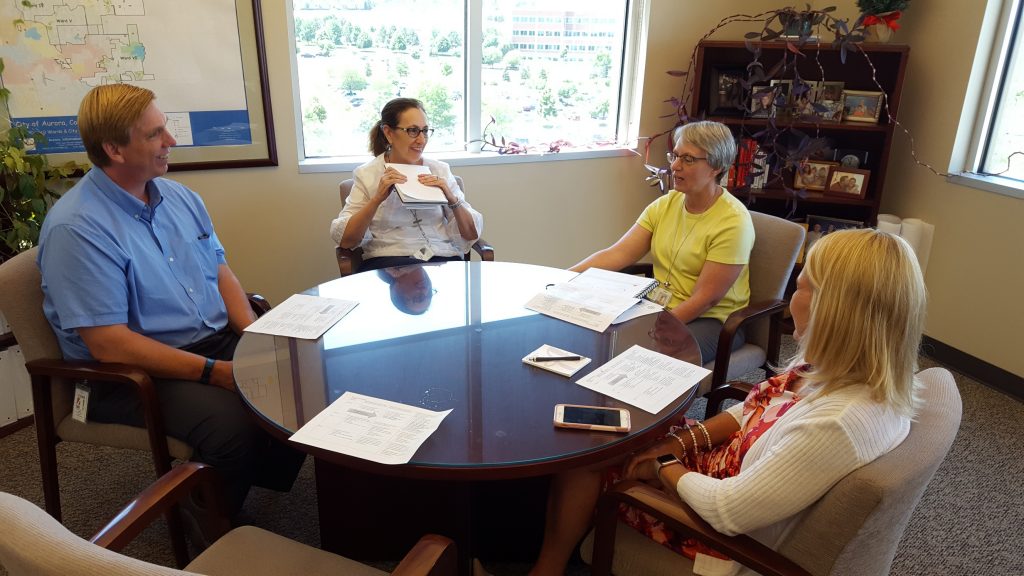 An enviable gig, but Jeffress heard something calling west of the Heartland.

“I was looking to move cross-country and Aurora looked like just the opportunity for me,” she says. “Aurora has so much opportunity for growth and expansion, and unique challenges. To be able to have an impact in this kind of environment and work with such a solid team, it just can’t be beat.”