Who knew the desire to sell wild Maine blueberry jam in 1991 would burgeon into a booming business with 21st century tech demands in every phase of its operations?

That’s the story of Stonewall Kitchen, where the first products were sold at a Portsmouth, New Hampshire, farmers market. Founders Jim Stott and Jonathan King would need to call in their nieces, nephews and a grandmother to fill and seal the jars in a family kitchen. 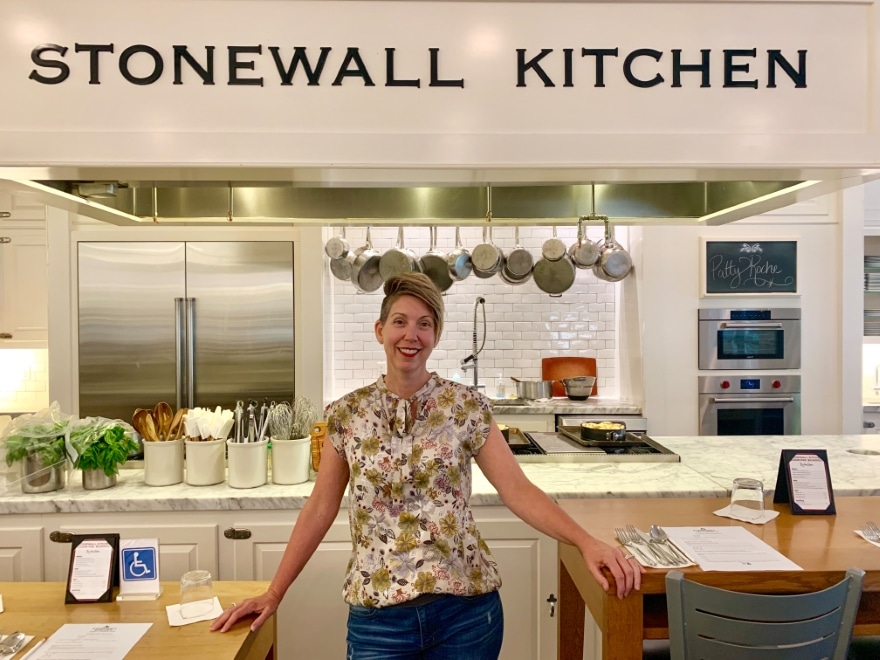 By 1995, founders had set up shop in York, Maine, and there are now nine company stores, a warehouse, a cafe and a cooking school, and Stonewall Kitchen products are sold online and in stores all over the U.S., as well.

Yet for all the bake mixes, ketchup and chutney it sells, Stonewall Kitchen keeps in touch with its small kitchen roots.

“This is still very small craft batch manufacturing where all processes are being critiqued for quality,” says Andrea Hall, Stonewall Kitchen Kitchen’s director of information technology, “and we are living in the Amazon world of ‘I’d like some quality food and I’d like it now.’”

Hall has been at Stonewall Kitchen for more than 20 years, and her talent for tech is as homegrown as the company’s culinary products.

“I live it,” Hall says. “My views are valuable because IT is completely interwoven throughout the organization and not just a siloed group.”

On deck for upgrades are the company’s phone system, point of sale systems and the company document management system. In general, Hall says she has a five-year cycle to revamp tech throughout the company. 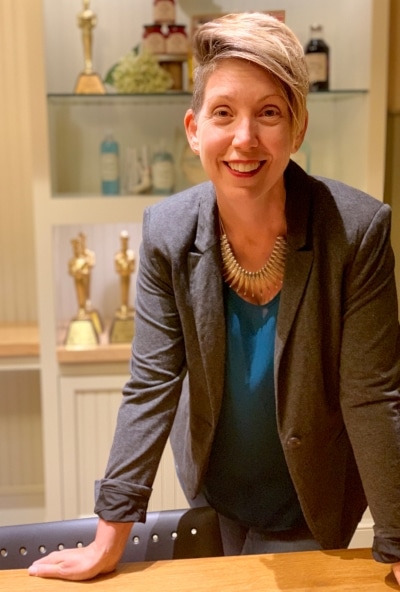 “We don’t have extra time or money, so we are not doing tech for tech’s sake. There is a purpose for everything we are doing,” she says.

The phones are headed to the cloud, as is the ticketing system used to generate requests for IT services, but Hall says Stonewall Kitchen is taking its time placing its servers and hardware in the cloud.

“We think it is the future and there are benefits,” she says, “but we’re also sort of control freaks. We know if it’s in our hands, we can fix it.”

The tech has been in their hands pretty much from the time Stonewall Kitchen came out of the kitchen and into its York plant.

It also required someone to handle that technology and determine what best fit operations. So Hall began learning. After four years in sales selling and promoting Stonewall Kitchen’s products, she “jumped the fence” to handle IT, she says.

IT monitors the quality controls in manufacturing—which track the use of raw materials, the temperatures in food prep and runs the production lines—and extends on through shipping and then to accounts receivable and billing, Hall says.

Procurement is handled by automated purchase orders and receiving. Shipping happens in tracks large and small, through systems that get products on a pallet or in the mail.

Some of the work is simpler and proactive.

“We like to stay on top of the current versions of software and of the upgrades. It can hamper the business otherwise,” she says.

While describing Stonewall Kitchen operations as a “playground for working with IT,” Hall says whatever is installed or implemented has always been driven by a business unit’s needs. The IT team and business unit leaders always collaborate on tech solutions and how to use them

“We partner through the design and back through testing and training,” Hall says. “IT doesn’t just deliver it tied up with a bow but rather works together with them to ensure the best result possible.”

“We are very excited about the sale,” she says. “It’s our second time through the process, by design. We anticipate we have found a partner that believes in our plan for the next five to 10 years, and that it excites them.”

A southern Maine resident, Hall, 46, and her wife have two dogs and enjoy the outdoors. They spend time at the beach often paddleboarding, she says.

She also enjoys speaking to user groups and others about IT and how it works at Stonewall Kitchen, and also brainstorms with other companies through teleconferences.

Hall is essentially self-taught and says the diversity of Stonewall Kitchen’s IT team is an asset because its education and experience adds depth to the overall approach.

While IT is deeply ingrained in how Stonewall Kitchen does business, Hall says the company has never strayed from a family-type atmosphere.

“We are in IT because we love tech, but we are supercharged because we get to use it to advance our business,” Hall says. “The energy helps to drive you to work hard and because we are doing it with our friends, that is the best part of it.”