Angela Neria first arrived on the Pittsburg State University campus as a freshman from a small town in Missouri. Crossing the Kansas border to continue her education, she cultivated interests in technology and business and met her husband, all while earning three degrees. 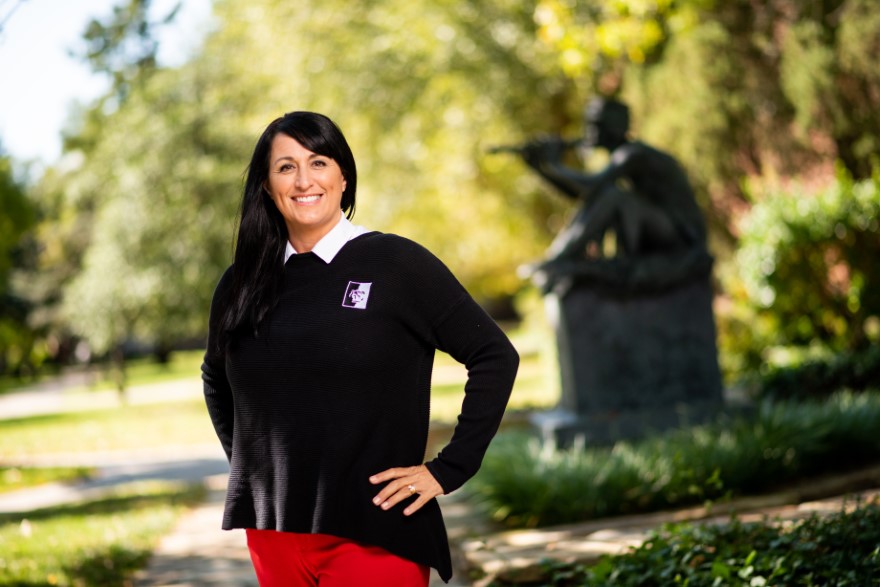 Now, as the university’s CIO, she hopes to help other students have these rich experiences.

“We want to be the guys in the background making this all work and not causing issues or roadblocks for our clients,” Neria says. “Doing so while helping students who are like me is great. The impact this place and these people had on me has been very meaningful.”

From moving academic software to a third-party virtual platform to the ongoing updates to a digital freshman roadmap—which plots the path from initiation to graduation—Neria and her IT team are transforming campus tech with cost-effective innovations.

“Like many IT shops, we have too few people and too heavy a workload,” Neria says. “This is common for IT teams in higher ed. So we have to be creative and nimble either by outsourcing work, buying products or by accessing the talents of our own team members and PSU students.”

Founded in 1903 as the Kansas State Manual Training Normal School Auxiliary, Pitt State is in southeast Kansas, about five miles from the Missouri border. While evolving into a school offering more than just educational degrees, it became Pittsburg State University in 1977.

It now enrolls about 6,500 students, and the campus has reopened for the fall 2020 semester. Neria estimates perhaps 55 percent of students are attending classes in person, with about 25 percent on campus any given day as the university offers remote, hybrid and hyflex classes to minimize contact and maximize social distancing during the COVID-19 pandemic. 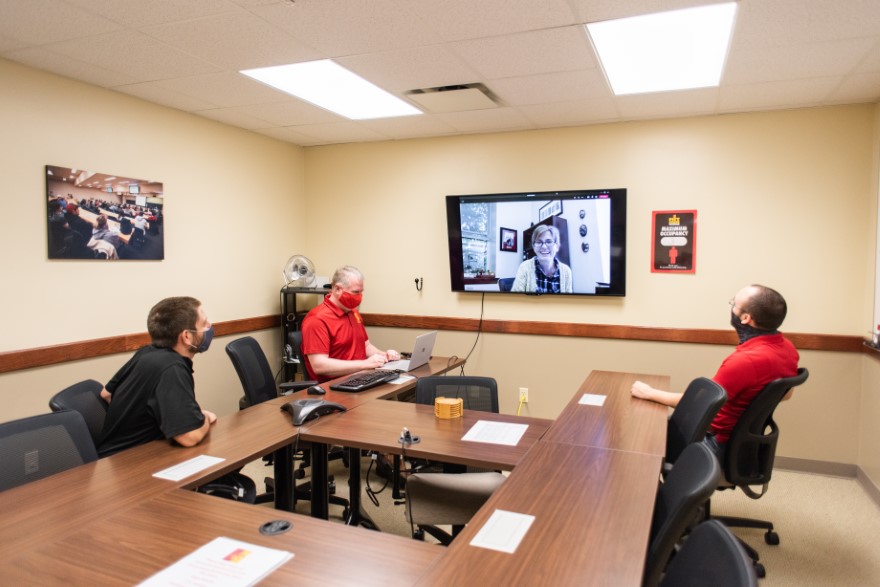 Developed by UK-based Software2—the company also has offices in Cambridge, Massachusetts—it was actually piloted in late 2017 as a cost-effective solution to provide remote access of university-owned software to student and faculty machines.

The university could not go completely virtual on its own, Neria says, and adding AppsAnywhere on a trial basis quickly established its benefits.

“No one was tethered to campus computer labs anymore. In fact, many of them aren’t in use now,” Neria says. “The product use grew and grew. We would not have gotten through the pandemic with students meeting course objectives without AppsAnywhere.” 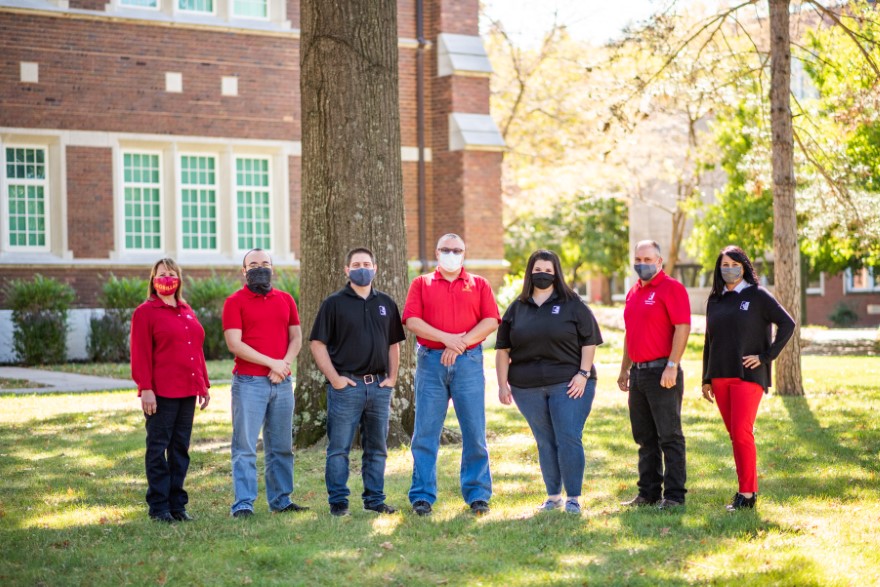 Before the advent of AppsAnywhere, Pitt State had 79 computer labs that drew higher use at the beginning and end of each semester, as students crunched to meet deadlines.

But with 94 percent of university students now using their own devices, a committee appointed by Pitt State President Steven A. Scott assessed the viability of the high number of university labs. The committee recommended reducing them while promoting the use of AppsAnywhere as a more convenient and cost-effective solution to get the needed university-owned software into the hands of students, Neria says.

She and the university IT staff are also creating the digital groundwork for students to track and plan their academic progress.

It’s work done in collaboration with a project management team drawn from departments across Pitt State and with an infrastructure roadmap created by the university’s diverse Information Technology Council. Neria chairs the council, but her IT team comprises only a small portion of it, she says.

The transformation involves a three-pronged approach, the first being a new, more streamlined and responsive online course catalog, Neria says. 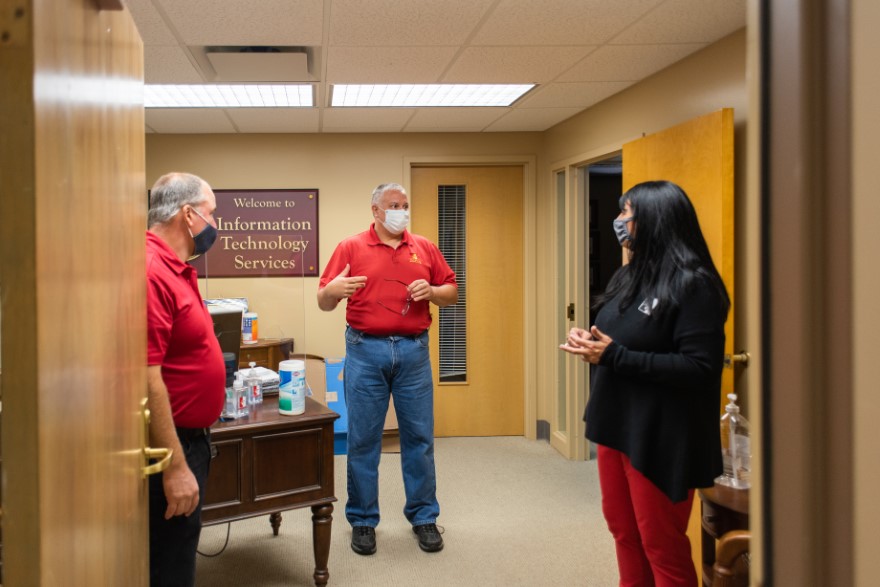 The second—an online degree audit—now details how students have performed in classes and what credits are needed to fulfill major and minor requirements.

“I can look at that degree audit and see where I am, what I have left to do and work with my advisor to make adjustments,” Neria explains.

The third, now in development, will be a separate, interactive roadmap that shows students what they need for their majors, when those courses may be available, and the outlook if they decide to switch majors.

“It will make a huge difference in our students’ planning process and ultimately guide them through the journey to obtain a degree,” Neria predicts, adding the data mined from the roadmap will also help the registrar’s office and academic departments offer courses that are in the highest demand.

To help keep an eye on the bottom line while still innovating on campus, Neria also relies on current Pitt State students, university alumni and former employees at DevSquared, a Pittsburg-based software company.

DevSquared has not only been a key contributor to Pitt State’s transformation, it’s also providing tech solutions to area businesses and industries while students are working off campus and developing careers, she says.

Local solutions are much in keeping for Neria, who was born and raised over the border in Missouri and came to Pitt State in 1990. The first degree she earned was a bachelor’s in business administration in 1994, followed by an MBA with an emphasis in marketing and IT in 1995. In 1999, she earned an EdS in adult learning technologies. 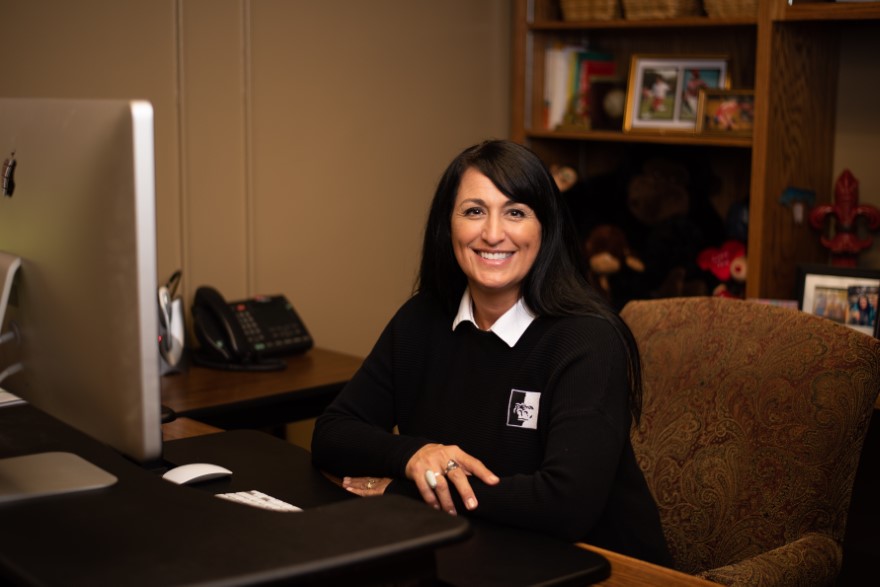 After working as an IT professional in the private sector, Neria discovered she enjoyed both training employees and setting up systems and wanted to apply those skills to education.

So she earned her EdS and became the CIO for Joplin, Missouri, public schools, serving for nearly 11 years before the CIO position opened at Pitt State.

It was a homecoming opportunity she could not pass up.

“I think I’m an intrinsically motivated person. I like it when I know I, or someone on my team, can help clients succeed,” Neria says. “It’s extremely rewarding to work in education but being able to walk the same sidewalks I walked with my husband when we were students makes it all the more special.” 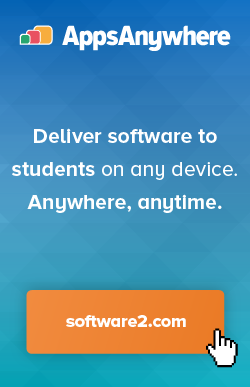