It used to be that if you were caught on camera at a bank it wasn’t a good thing. In some circles, it might even be called evidence.

But these days, customers of Public Service Credit Union want to be seen on video. I could let them conduct important business and personal matters, says Angelo Fanaras, the CIO rolling out the video service, along with other remote banking methods. 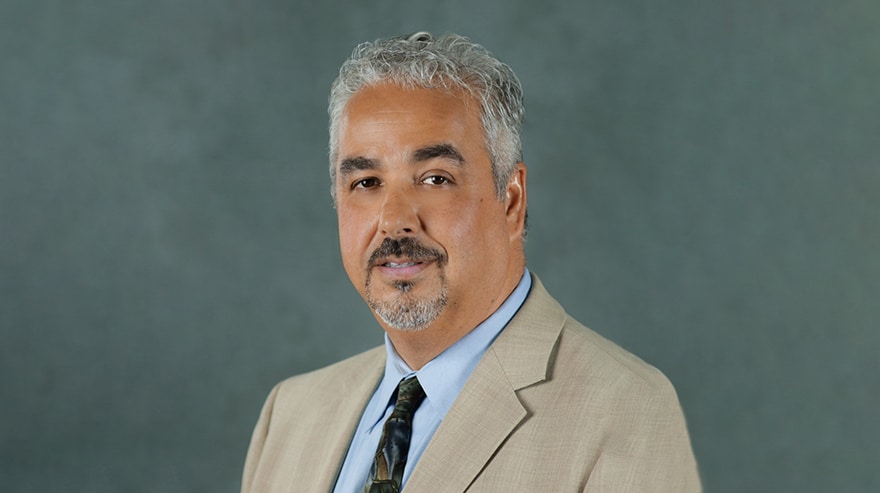 “I’m excited to be on the forefront of these latest financial applications,” says Fanaras while sharing that many of these initiatives are underway, made possible with artificial intelligence. “Now we can address our member requests—day or night.”

Speaking with Toggle in February, he says members will be soon tuning into live video feeds and chat, which offer them a more personalized experience.

“The board believes it’s worth the investment to develop every means possible to connect our members to our services,” says Fanaras. “That’s an easy argument when you also consider COVID-19.”

PSCU is also developing a program to allow personal finance managers to consult with members via video.

“It may take time for members to adapt to these new practices, but PSCU will help those that aren’t tech savvy,” he says. “Technology is allowing us to go beyond being a service department to an income generator.”

Getting a game plan

Although PSCU is a small credit union, Fanaras says it can easily compete with larger banks—now that it’s putting the right technology in place.

It’s a pivot he knows plenty about. Having worked as a systems engineer at Michigan National Bank, and through consulting work at his own company, Symera Systems, Fanaras gained insight into large-scale operations. Since joining PSCU in 2003, he’s been developing easier ways for members to make a deposit, apply for a loan, or review transactions. 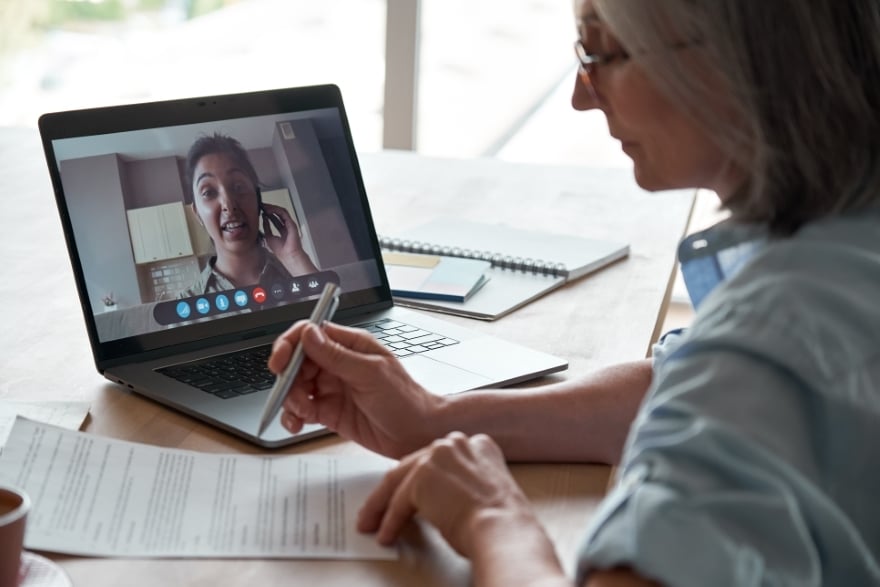 During Fanaras’ tenure at PSCU, the credit union grew from three to 14 offices and increased its revenues from $60 to 330 million. The aim now is to do more business—around the clock.

“I’m not just the guy who fixes computers, I’m the guy who solves problems,” he says. “I’ll make sure we have the technology in place to make that happen.”

That includes using AI to improve all facets of PSCU’s business—a long-term IT strategy aimed at improving the digital experience for customers over the phone and online.

Regardless of how they engage with PSCU services, members will connect with virtual, AI-powered chatbot agents which can help clients handle a variety of banking requests: checking on available account balances, transferring funds and so on.

PSCU is even incorporating AI into its new call center—the first phase of a broader initiative aimed at improving customer service remotely from any location. Scheduled for completion in 2021, the call center will be available 24 hours a day.

During normal business hours, a live agent will field a call. But if the agent is already working with another customer and the call queue is full—or if the query comes in after hours—the caller will be routed to a chatbot. Through a series of prompts, a caller can access certain actions by keypad or by voice activation. 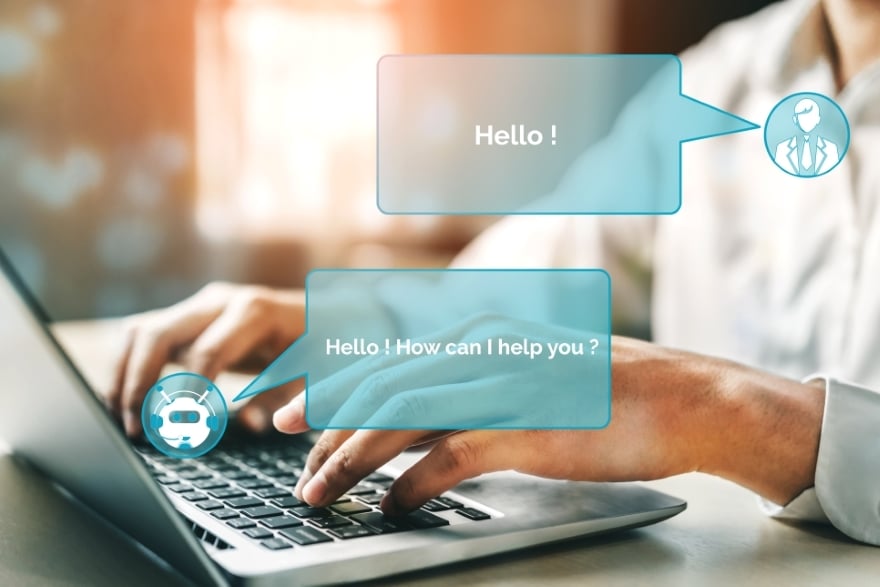 Phase 2 of the project—to be rolled out in June 2021 will focus on using AI  to upgrade online banking information and processing transactions. PSCU members can open accounts, or even learn about rewards programs using PSCU debit cards.

Phase 3, anticipated by September 2021 will focus on development of mobile services—such as paying bills, or transferring funds—through its mobile app. Again, a chatbot can be activated for any and all queries.

Fanaras is also overseeing data processing across all PSCU channels, which will allow data to be uploaded and compiled in real time to facilitate transactions and inquiries. In addition, his team is developing technologies so clients can scan checks from their phones when making deposits.

Beyond traditional banking services, the next frontier of PSCU’s AI push at PSCU will address marketing efforts, using the technology to attract new customers and share new products and promotions more efficiently.

“This last year has certainly shown the importance of technology and IT infrastructure, and it’s now time for us to focus and accelerate our digital transformation efforts,” says Fanaras.

Where life takes you

It was that curiosity and eye for innovation that opened up an opportunity for Fanaras at PSCU.

After a series of mergers and acquisitions at his previous employer, Michigan National Bank, Fanaras changed his career path in 2001. Stepping away from the big institution, he spent time consulting when he connected with PSCU, a former banking client. Soon he was hired as a vice president and CIO in 2003 to modernize the credit union.

“We moved from Windows 98 to where we are today,” he says. 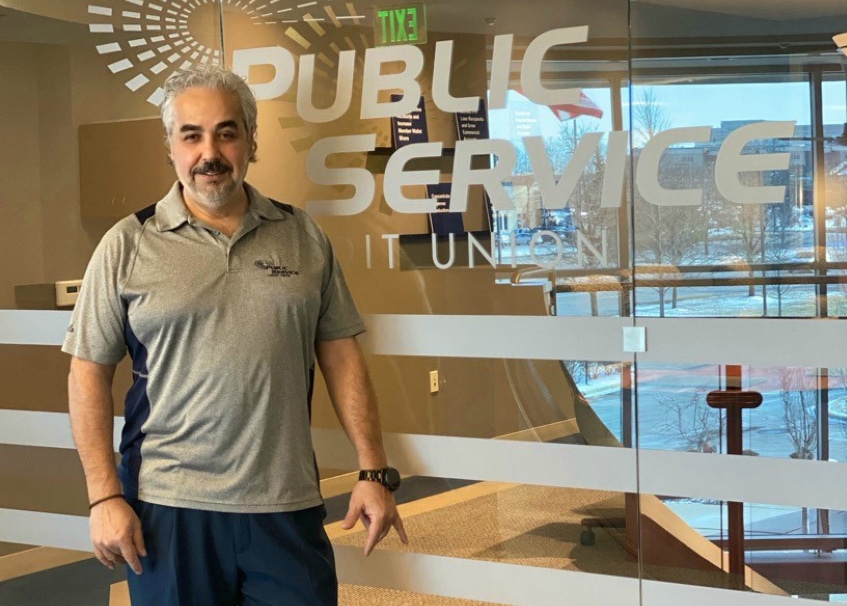 PSCU was not the only entity to make a big transition.

Fanaras left his native Greece in 1978 as an exchange student and never went home. While earning a degree in psychology from the University of Alabama in 1985, IT was only a hobby. But he got better at it by gaming. Later, he earned an MCSE Systems Engineer distinction from Microsoft in 2001.

Between owning his own businesses—including the Parthenon Restaurant—he learned important skills about managing businesses and people.

“My favorite aspect of my work is knowing that I can make a difference,” says Fanaras. “I’m grateful for the support of my team and my CEO, who also happens to be a ‘tech geek.’ There’s no shortage of tools and toys which make life interesting.” 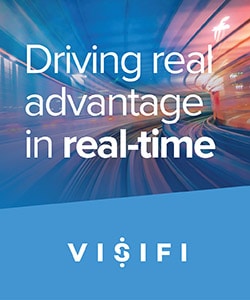