For Ankur Patel, the emphasis is on the now. Because of the endlessly-evolving nature of technology, it’s difficult enough to keep ahead on a day-to-day basis, he stresses—let alone predict what’s coming down the road (or should we say the runway) in the long term.

This is particularly true for a niche company like Allied Aviation, one of the largest domestically-owned providers of fueling services for the commercial flight industry.

“To me, it’s really pointless to create a 5- to 10-year plan for anything related to what we’re doing,” says Patel, Allied’s director of IT.

A runway for the future

Allied, which has been around since 1951, manages receipt, storage and operation of more than 6 billion gallons of jet fuel annually for some of the largest airports throughout North America, South America and the Caribbean. It fuels nearly 2 million commercial flights a year, and also oversees affiliates that operate pipelines and tank farms.

“We manage who gets filled and the movement of every gallon from tank, to truck, to tanker, to airplane,” says Patel, noting that there are only three companies in the world that provide intercontinental jetliner fueling. 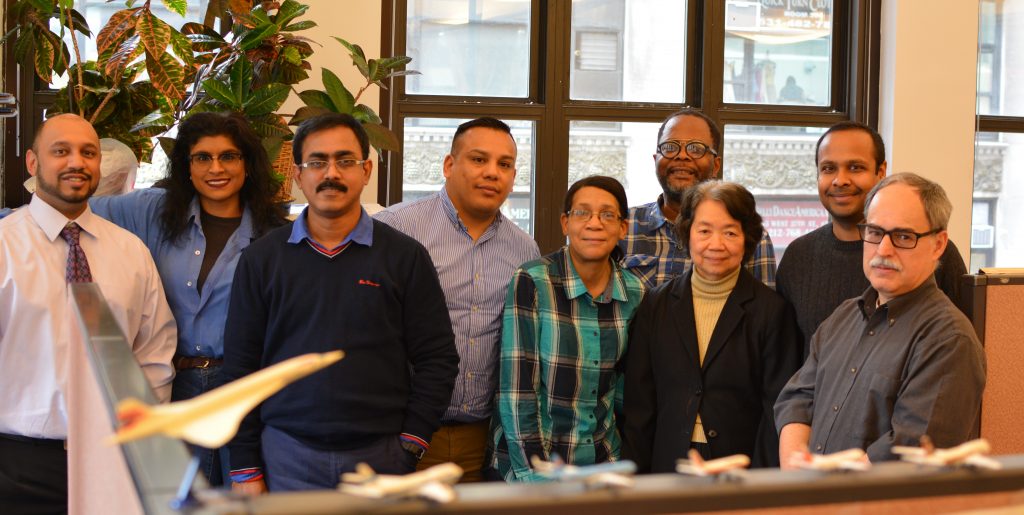 It’s a niche market that allows both Allied and Patel to stand out. Specifically vetted for the job by company President Robert Rose, Patel came aboard in November 2016 to implement widespread changes.

Specifically, he has set the company on a track to electronic record-keeping rather than the industry standard of paper documentation. As he explains, despite the technological advances the aviation industry has made to engines, planes and communication systems, the documentation for the fueling process remains manual and antiquated.

Allied’s goal is to revolutionize that process in the U.S., Patel says.

The shift—both a physical and a cultural one for Allied and its business partners—is being rolled out in phases. The goal is to go live with its enterprise resource planning (ERP) system in July 2018. Following that, Patel says, the intent is to move all file servers to the cloud in the third quarter of 2018.

The change only makes sense, he stresses, with the cost of cloud computing and online storage having fallen significantly in recent years.

Add to that the savings from no longer replacing onsite hardware every 5-6 years. “I felt it would be better for the company to get rid of our physical footprint altogether in relation to servers. It’s an easier solution and, in the long run, more cost-effective.”

Along with that change, Allied is vetting a partner for its fuel management software, and has been in talks with i6 Group, based in Hampshire, England. The company has contracts with European airports, and is looking to break into the U.S. market, Patel says.

The implementation will be tested on a small scale, due to the fact that Allied would be the first in the U.S. to use such an application. Still, with i6 and its procedures already established, the fueling process promises to become as simple as tapping a button; no more paper, no more manual entry.

In addition to saving manpower and money, Patel says, this would streamline the fueling process and ultimately reduce flight delays.

“The big value is that it is going to save time,” he says.

Patel, who was educated at George Mason University, came to Allied after working for the recruiting company ForceBrands, and for the health and advocacy nonprofits VillageCare and Housing Works.

He recalls a 2-and-a-half hour interview with Robert Rose, who specifically sought him out. “He’s the one who drew me to the company,” says Patel, who now oversees a team of roughly a dozen consultants. “He has a vision he is trying to build out.”

Although the company is undergoing a cultural shift, Patel stresses the importance of balance and not steaming ahead too quickly. Nearly 50 percent of employees have been with the company for more than 20 years; some since its inception. They can be wary of change.

With 22 sites internationally, and Allied as the sole fuel provider for airports such as JFK in New York City, “it’s never a dull day, that’s for sure,” Patel says.