When you tell the faculty at your liberal arts college that you’re going to replace all of the computers in their offices, classrooms and technology labs, including computers that have years of data and research stored on them, there are basically two options. Be very, very specific, or brace for chaos.

Anthony Hambey, vice president of IT at Birmingham-Southern College (BSC), chose the better option. In order to replace the college’s 650-plus computers, he and his staff of seven carefully selected software to smooth the transition and partnered with a third-party installation crew. Most importantly, though, they communicated clearly. 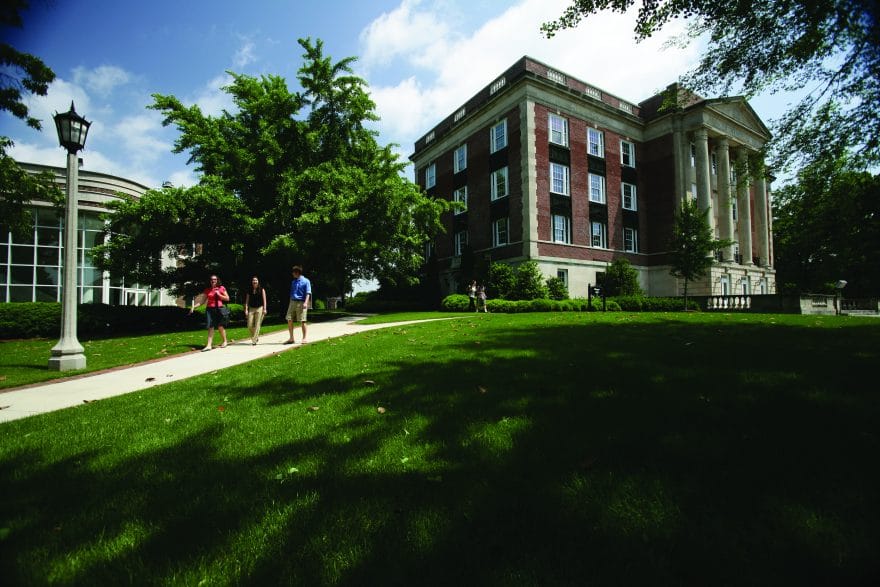 The computer update is an example of how down-to-earth communication can aid the technology world. In fact, that’s the idea behind a new major at BSC called Creative and Applied Computing, which will launch in fall 2017.

BSC is a private, 4-year liberal arts college with approximately 1,300 students located on the outskirts of Birmingham, Alabama. Its new program will teach computer science with an emphasis on critical thinking, communication, creativity and interdisciplinary collaboration—values aligned with BSC’s liberal arts mission.

“We’ve heard so much that people in the computer sciences tend to be jargon speakers and don’t communicate well in English, but it’s so important to be able to communicate, especially because technology is complicated already, and if we don’t have good speakers it makes it more difficult,” Hambey says.

BSC has had more traditional computer science majors in the past, but they have come and gone, at times because they fell out of popularity and at other times because liberal arts diehards felt the highly technical training clashed with BSC’s liberal arts orientation.

Given the ubiquity of technology today and the demand for tech training from prospective students, BSC decided to introduce this new, liberal-arts based approach to computer science education.

While there are plenty of engineering and computer software schools that can offer “the really down in the weeds” understanding of how the hardware and software work, Hambey says BSC will offer a more broad-based approach. Students will understand and be able to accomplish basic computing operations and at the same time investigate the role of technology in the social, cultural, scientific, legal, and other spheres.

“We can use acronyms until we’re blue in the face,” he says. “If you don’t understand acronyms, you get lost in a hurry, so it’s a matter of making sure people communicate about complex issues in an understandable way.”

A liberal arts approach to technology

The new Creative and Applied Computing major will cover essential topics like computer proficiency.  Unlike traditional computer science programs, the curriculum may include more writing courses that would enable students to develop technical documentation for the lay person, not just other tech people.

A benefit of this hybrid approach is flexibility.

“We’re not just training people to push buttons and code in a particular language because that changes year to year,” Hambey says. “You have to really understand the concepts.”

Hambey is leading the technical aspects of developing the new major, but much of the curriculum is being developed by faculty from across the college who appreciate how advancements in technology are assisting in advancements in their fields and see tech’s potential for creating well-rounded individuals.

Hambey knows firsthand that communicating clearly can make IT’s job easier. When he and his staff of seven replaced over 650 BSC computers, they were sure to communicate early and often.

“That was a fairly large undertaking, and obviously being a small institution, it was something very large for us, so we incorporated a lot of communication—letting folks know what would happen, when it would happen and if we ran into problems, we shared that,” he says. “The success rate was so very high and the lack of pushback with the amount of change that went on was nothing short of phenomenal.”

The BSC IT department partnered with Dell on the upgrade, installing Dell computers and using Dell’s KACE software, which allowed it to seamlessly transition each faculty member’s preferences, favorited tabs, browsers, files and data from the old computers to the new computers.

“From the faculty’s perspective it was a plug-and-play situation, and they were most surprised,” Hambey says.

That’s partly because this time the department, limited by its small size, partnered with a third party service that physically moved all of the equipment. The IT department then did the “brain work,” as Hambey calls it, of setting up the new systems and transferring preferences and files from the old computers to the new.

Working with such a small team is not always easy, and Hambey hopes the new Creative and Applied Computing major will grow students who want to get involved in BSC’s own tech efforts.

Though the department has had work study students with varying tech backgrounds, their skills were not always at the level BSC needed. Hambey hopes to expand internships and mentoring programs internally as the new major takes off as a way to train students and add manpower.

Despite the IT department’s small size, it remains ahead of the curve and is open to trying new concepts.

“It’s interesting when we talk with other people and share with them what we’re doing, they sort of turn their heads sideways and say, ‘Wow, that’s interesting. How did you come up with that?’” Hambey says. “And we’re like, ‘Well, we just sort of saw the need and figured out that sometimes you’ve just got to look at the problem differently.’”

That’s true for the new Creative and Applied Computing program too. BSC saw a need to educate its students on computer science, but it’s taking a different, liberal arts-based approach.

“I think we’re probably not the only ones,” Hambey says. “Other people are smart and they figure this stuff out too, but I think we are on the front end of this, and I think there’s going to be a wave of this.”