Simplicity of a single platform

For most healthcare organizations, a full-on technology upgrade of a 20-year-old records system would be a daunting task. There’s infrastructure to modernize and new best practices and protocols to establish. Sometimes the best solution is breaking everything down and rebuilding.

It’s exactly that type of massive undertaking now underway at the University of Illinois Hospital and Health Sciences System [UI Health], but one worth the $160 million investment, says CIO Audrius Polikaitis, who’s right in the thick of it.

Key to Polikaitis’s agenda is the installation of a new Epic electronic medical records system aimed at streamlining and simplifying data troves—a project that required the input of multiple stakeholders and tech experts.

The goal is bringing the organization’s once-disparate systems into greater harmony. That, in turn, will allow the system to leverage the latest tools and technologies to create better patient outcomes at lower costs, Polikaitis says.

“It’s a gamechanger for the future,” he says. “It’s taken a lot of effort, but we had to do something. What we were doing was not sustainable for the future.”

The problem was never one of the quality of care, Polikaitis explains, it was the system itself that had a disconnect between its managing operations and healthcare records. Originally implemented in the late 1990s, the system lacked flexibility, with lots of siloed information. It was hard to get a quick, comprehensive picture of what was going on with a patient. 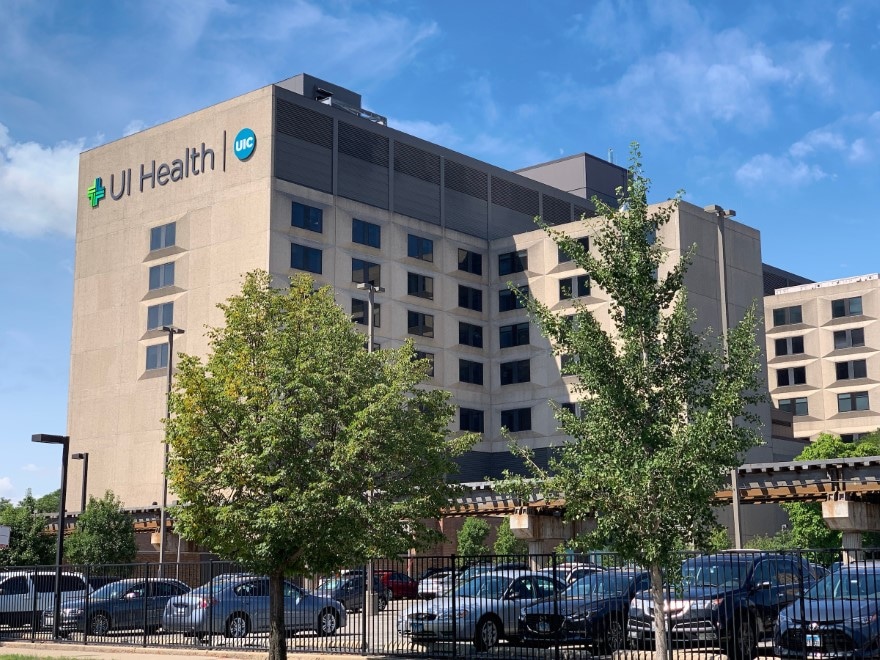 “It was a jumbled mess of disparate systems, sort of stitched together. It was an ineffective information system architecture with an aging infrastructure,” he says.

To fix it, the hospital began researching solutions in 2017. The plan? The hospital will invest $160 million into healthcare information systems over the next seven years, touching every venue and aspect of care—inpatient, ambulatory, nursing, surgery, radiology, pharmacy and laboratory, as well as back–end revenue operations. Those operations will then sync with a new analytic platform that will be available to all clinicians and staff.

It’s a move that will impact 8,000 employees—and hopefully make their jobs easier, service to the patients better and be more cost-effective.

“It takes a village,” Polikaitis says. “We’re working with many key UI Health operational stakeholders, as well as very collaborative consultant partners. We are all in this together.”

It’s been a fast and furious 24 months of planning, but Polikaitis was feeling excitement with the anticipated start of the project going live when he spoke with Toggle in March.

May was the originally scheduled rollout date of Epic, which is being delayed to September due to the COVID-19 pandemic response. This project not only involves the Epic software, but includes a vastly improved user technology experience, new end point devices for all users across the organization, new mobile capabilities and workflows for clinicians, and a vastly upgraded wireless network. 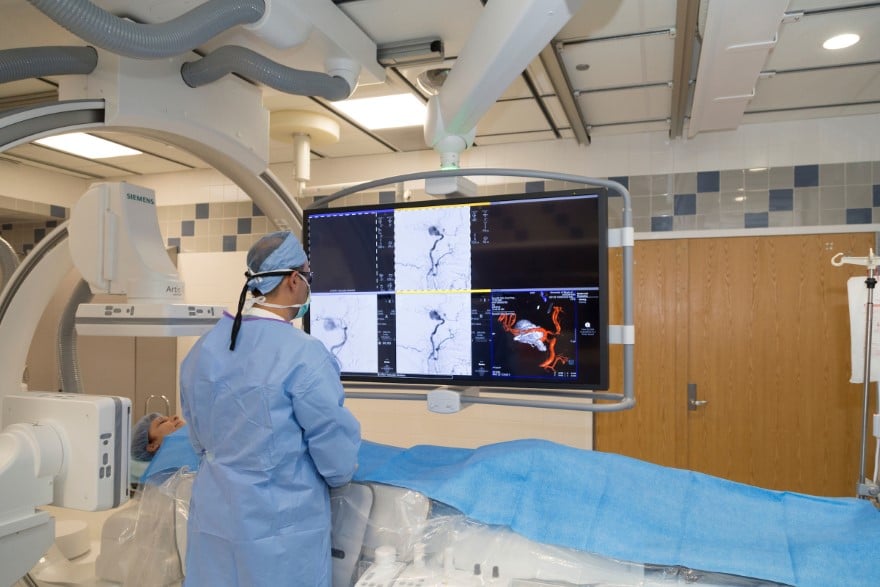 “The Epic project, as much as it was about the technology, was primarily about changing workflow processes and ways that we work,” Polikaitis says. “The best way to drive change was to rip things out and start afresh. That would be much harder to do if we were sticking with the prior system. We’ve moved our culture massively along in the process.”

Polikaitis says the entire multilayered Epic project put his problem–solving ability to the test. By first dissecting the situation and working with others, the project team was able to break down the overall problem and develop a solution with smaller doable pieces.

“I didn’t stress out about it when we got started and I’m confident about how the rest of the project will play out. We had a plan and a vision of where we were going,” he says. “Philosophically, we didn’t view this as an end; it’s a necessary means to get to future ends that include improved patient safety, doctor and provider satisfaction. Without this investment there would be a disconnect.”

Polikaitis never viewed the overall plan—which will unfold in the next seven years—as an IT project per se, but as an operationally–driven initiative using software to encapsulate best practices.

With the Epic system being built and tested, the next phase, now starting in July, involves getting end-users ready and engaged with a “massive training initiative.” Given the breadth and scope of overall changes in healthcare in the last two decades—coupled with the need to incorporate the new system throughout multiple venues— Polikaitis says a significant reason UI Health chose Epic was for its training support in the process. 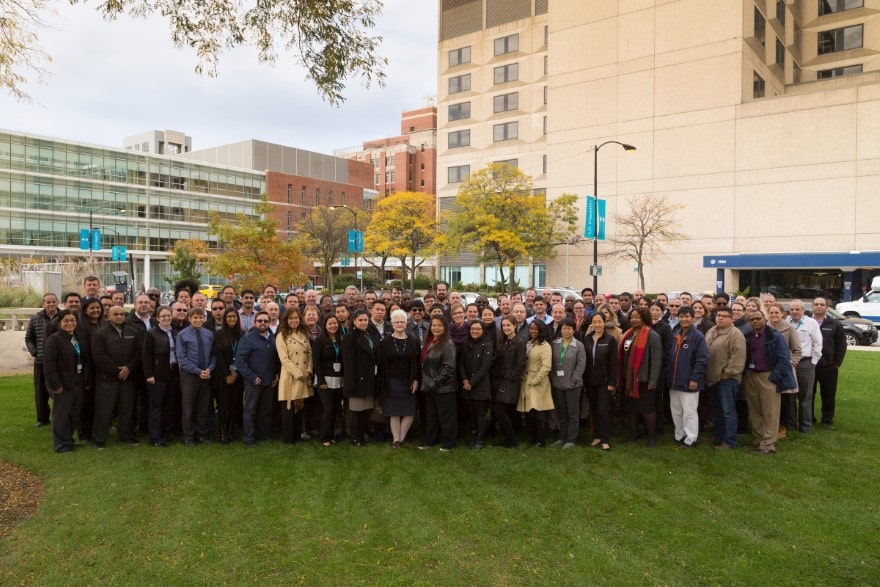 “We needed their help because we hadn’t undertaken anything like this in 20 years,” Polikaitis says. “They have a well-structured and planned way of how to do it.”

In the weeks leading up to the implementation, UI Health will offer around-the clock classes for 8,000 people —ranging from eight to 16 hours in length— with nearly 100 trainers.  Around the clock continuous go-live support will be provided on the day the system goes live and for the subsequent three weeks. Go-live support will provided by 350 external consultants, as well as nearly 900 internal staff trained as “super users” to guide their colleagues and peers.

“To pull all of this off requires lots of internal and external assistance,” he says.

But if there’s one thing Polikaitis is good at, it’s learning and asking questions. That’s what got him his PhD in electrical and computer engineering at the Illinois Institute of Technology on 1993.

His interest in the healthcare field came by osmosis, in the course of pursuing his graduate degree.

It was through exposure to work in a healthcare biomedical research lab, and studying implantable devices involved with cardiac arrhythmias, that he got the bug for computer science and how it can be applied to healthcare. The intersection of these two disciplines fascinated him. 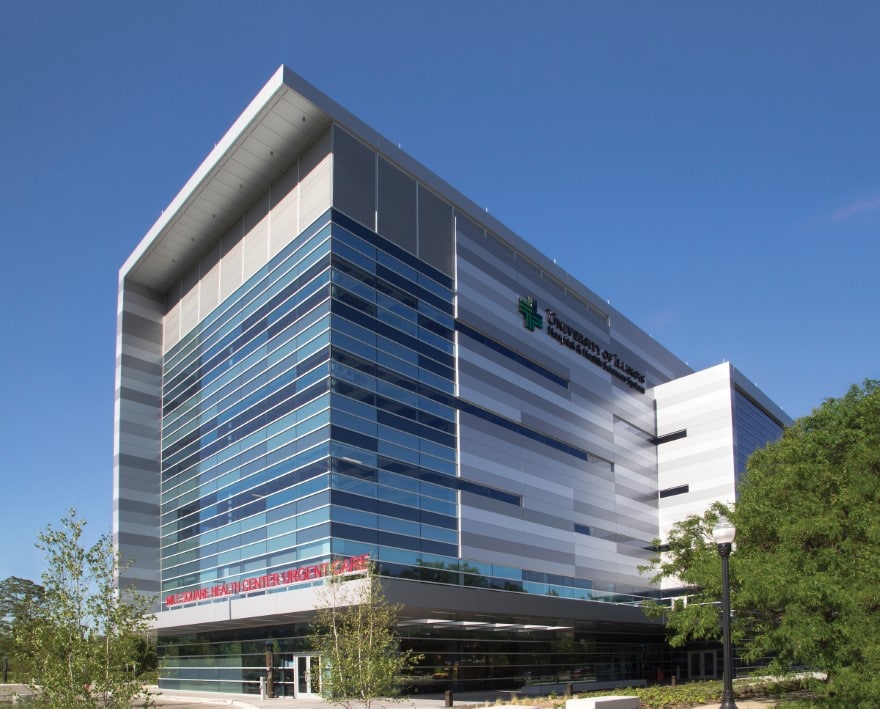 “I first became aware that this was quite disciplined stuff and it captured my imagination,” he says.

He joined the hospital team in 2004 and seven years later became the CIO. It was an exciting opportunity in a very dynamic environment, he says, with a patient care delivery operation working in conjunction with seven academic health science colleges in close proximity on the same campus.

“We learn as we live, and I am so proud of the team and what we’ve collectively accomplished,” Polikaitis says. “I never saw this path for myself initially, but I am happy and excited it turned out this way. There’s dynamic energy and an intermingling of ideas on a regular basis that make it an exciting place to be.” 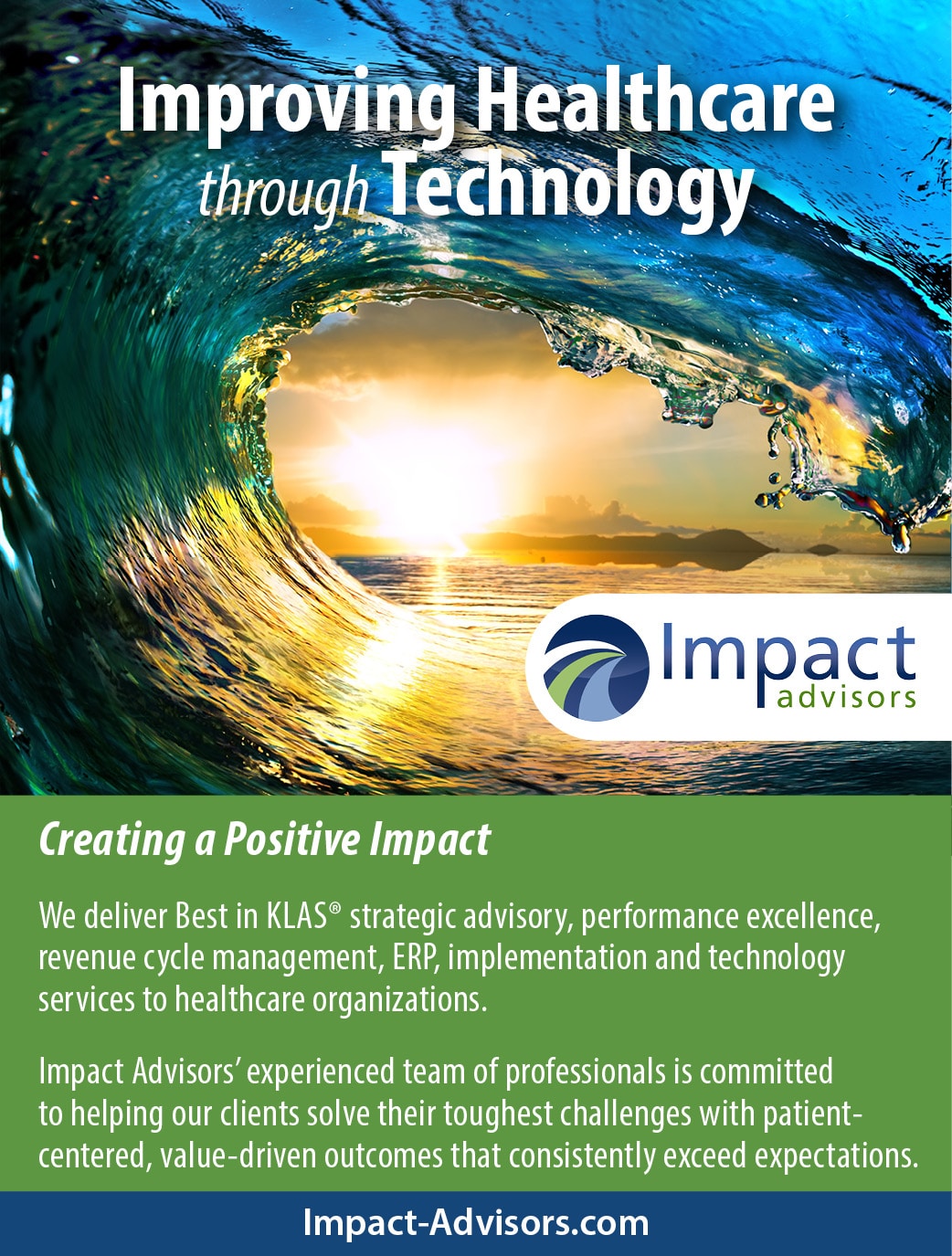