If you want a snapshot showing what happens to companies that resist the tides of change, ask Barbara Kunkel about her days at Eastman Kodak, the company that put cameras in the hands of millions until the tide came rushing in.

“They missed the mark in innovation and it cost them because the business model changed with digitization, and they didn’t change with it,” Kunkel recalls. 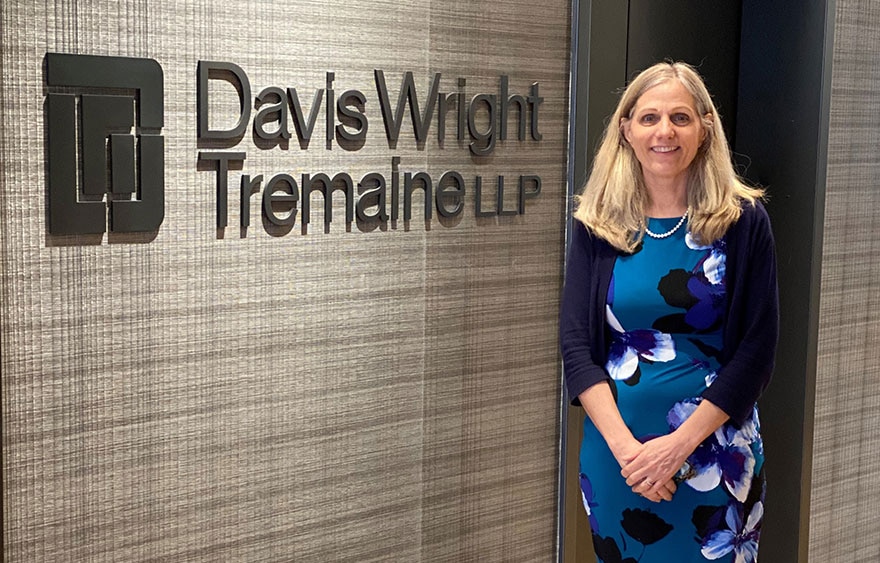 If, on the other hand, you’re looking for a high-resolution image of how companies that embrace tech and changes in the marketplace boost their fortunes, ask Kunkel about her role as chief information officer for Davis Wright Tremaine LLP, named one of Am Law’s Top 100 firms.

“I’ve come to a firm that recognizes the disruptive forces affecting the industry, sees the tides of change as opportunities and wants to build capabilities that differentiate,” she says. “My role is one of advising and influencing the business, but more importantly, ensuring investments in technology align with DWT’s strategic plan.”

All about the data

With Davis Wright Tremaine’s offices spread from Anchorage, Alaska, to New York City, Kunkel and with a staff of 65 oversee IT services for 1,300 users.

From the time she arrived in 2017, Kunkel has sought to transform the firm’s IT contributions to the firm’s success adding efficiency and value for the user community while demonstrating to current and prospective clients how effectively Davis Wright Tremaine can meet their needs.

For 2020, Kunkel and her team plan to replace the firm’s financial platform, in use since 1996 (back when film photographs were still a thing). While the tool has served the firm well, it’s far from scalable and can’t utilize new sources of data that allow for more effective delivery of services. 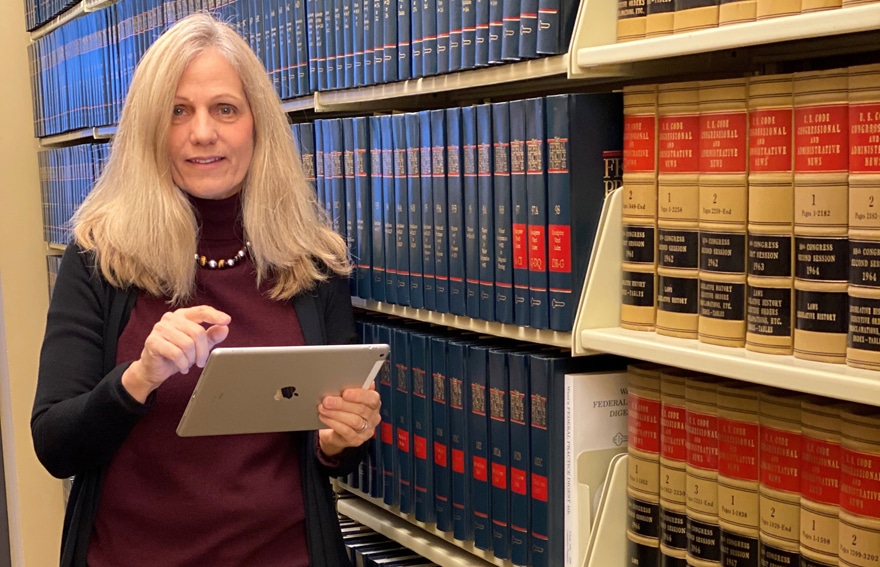 In its stead, Kunkel is rolling out Aderant, a legal software suite that will merge with the firm’s interfaces and open new avenues of data collection and management—while also modernizing DWT’s billing functions.

“This is about the core platform and system interfaces,” Kunkel says. “We need data that will allow for more intelligence gathering and better decision making. Lawyers no longer simply practice law; they have to really know their clients’ business.”

Like other firms, DWT subscribes to reporting services such as Dun & Bradstreet, LexisNexis and Bloomberg, and the new platform is scaled to aggregate data from these services so attorneys can better learn about existing and prospective clients.

What’s more, the gathered data will help determine what level of legal service is needed, allowing the firm to better leverage resources while potentially reducing costs for DWT’s clients.

For example, should details and data show a need for the firm to be researching specific issues for a client, Kunkel can offer research services from librarians on hand who not only do the work effectively, but less expensively than a staff attorney.

But it’s not the high-tech bells and whistles Kunkel and the firm want to show off.

“What I hope I can share is how we are approaching it, and that is the differentiator,” she says “We begin with a client’s business strategy, move to the desired outcomes and see what capabilities are needed before applying any technology.”

It’s a simple approach, but one requiring constant communication to be sure desired outcomes are being met with an IT team split into multiple areas: apps and development; an innovation lab; app support; infrastructure; training and procurement and so on.

While building a new platform for billing and data management, Kunkel is also moving some of the firm’s operations to the cloud. “Some” being the key word, though, for as much as she likes using the cloud, certain information has to remain grounded in company servers. 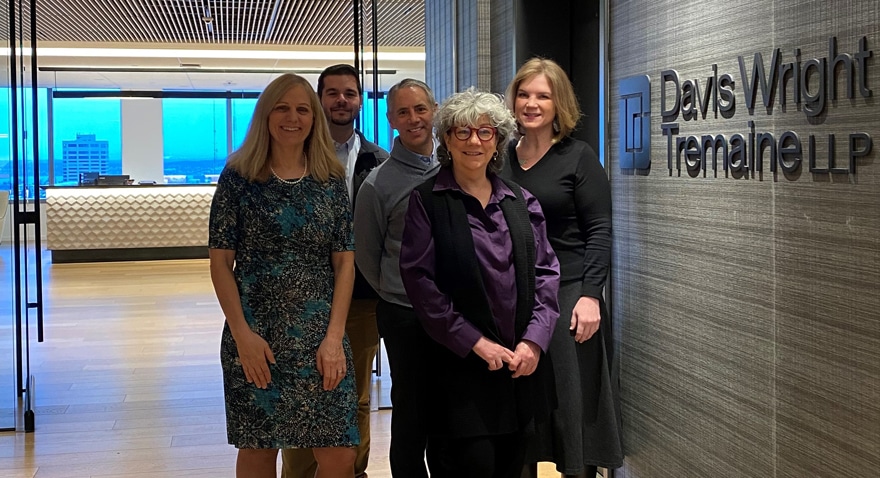 Not only are documents and data for the business and customers controlled by strict compliance policies; Kunkel says DWT’s embedded business processes support unique client security requirements, while complying with the firm’s ISO 27001 certification.

Though law firms can become staid in their practices and not see or refuse to embrace needed changes, Kunkel says IT departments are often guilty of the same myopic view.

Since arriving at DWT, Kunkel has been an active recruiter to build her team, seeking candidates with drive and curiosity who also understand DevOps practices designed to automate processes between IT teams and software development.

In the midst of upgrades and transformations, Kunkel’s team is in high demand, with almost 100 project requests made for 2020 alone. None will take fewer than two months to complete, she says, and some may take years.

Propelled by a childhood love of computers, Kunkel has been committed to making tech work for companies for 35 years.

A native of Rochester, New York, Kunkel was inspired at a young age, helping her father with the contracting work he did on the side from his job at Kodak. This was more than just cleaning up, she says, he also taught her how to assemble the wiring for sockets and fixtures. 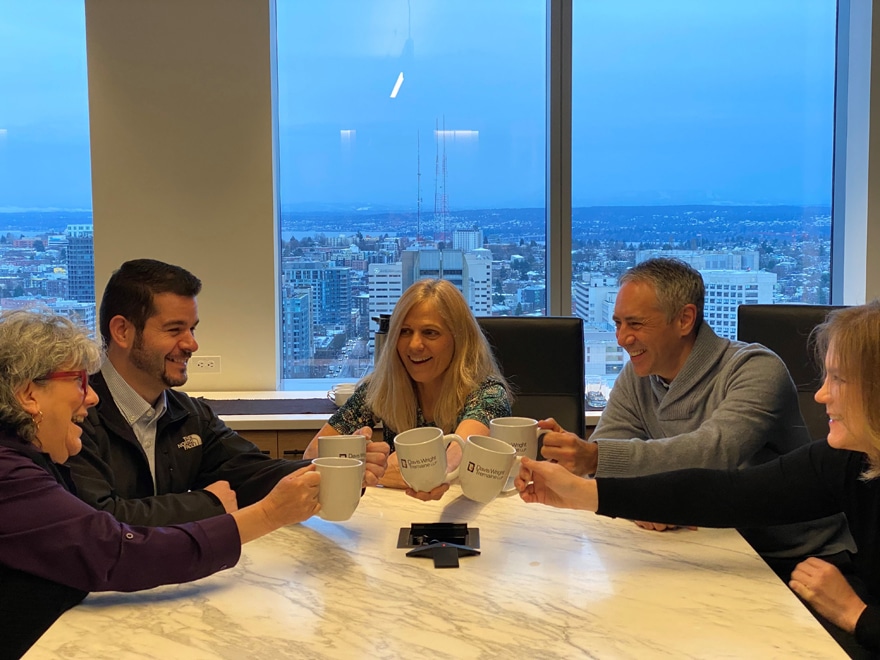 Her lament about Eastman Kodak not paying proper attention to marketplace changes and new technology came from experience; she was IT manager there for 12 years. Yet a fortunate career turn for her came when she was recruited by a former Kodak executive to become CIO at the law firm of Nixon Peabody.

The shift to IT in the legal field was a good fit. After 12 years at Nixon Peabody, Kunkel became CIO at Troutman Sanders, and eventually moved on to DWT.

“Every time I have made career changes, it has been because someone reached out who knew me from my network,” she says.

Married with two grown children, Kunkel may not have much leisure time, but once a month, she flies to Denver to be with her two grandchildren for a weekend. She also volunteers when she can, having advised nonprofits on how to utilize tech as part of TechBridge in Atlanta and with churches she has attended.

The flights to Denver also give her what little time she has for leisure reading—a needed break from the usual stream of tech and business literature.

And while she enjoys applying those changes as the business demands, Kunkel says she also applauds Davis Wright Tremaine’s genuine support of family values—and their commitment to always look out over the landscape ahead.

“This firm is serious in saying it is OK to fail when trying something new and innovative, they won’t hold it against you, as long as you learn and grow from it,” Kunkel says.