Learning—and leveraging—new tricks as an attorney

Over the years, Barry MacTavish admits he’s driven his wife Sandy crazy with his hobby. Spoiler alert: it’s not betting on the ponies, or buying exotic cars.

Often, when dinner’s being served or when it’s late enough to be in bed, he’s tearing apart his computer, testing programs and reading the latest technology research.

“I’ve heard her say I spend more time tinkering with the computers at home than I spend as a lawyer in the office,” MacTavish says with a laugh. “That’s probably an exaggeration but not by much.” 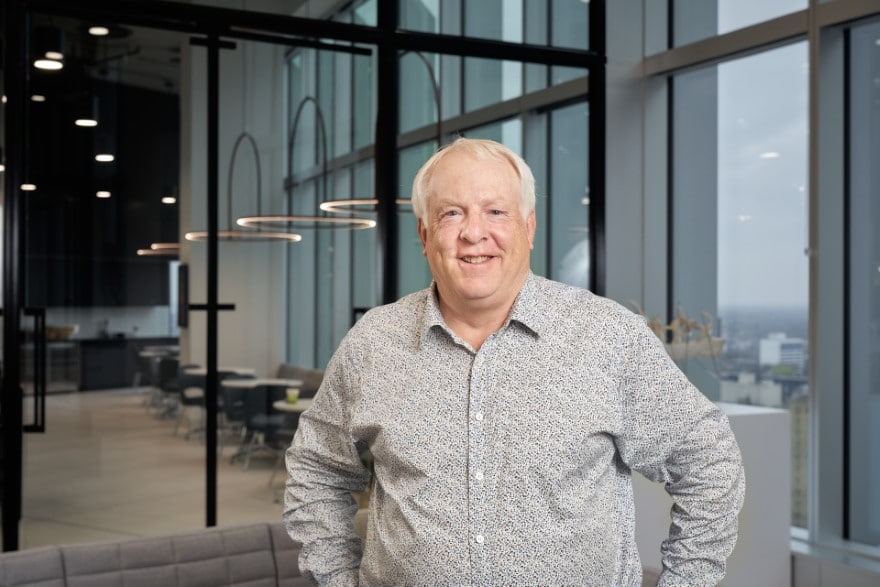 It’s a hobby that’s worked out well for the Manitoba law firm of Thompson Dorfman Sweatman LLP, where MacTavish has worked for more than 30 years. In essence, the firm got two employees for the price of one—a great legal mind with a specialty in securities law who made partner; and a chief technology officer fully immersed in the latest IT.

Over the years, MacTavish has—with the assistance of the firm’s IT department, including its department head Trevor Anderson—helped the company through crucial IT transition periods. That’s included moving to a new office building and giving the firm’s employees the ability to work remotely even before COVID-19 struck.

“I’m a partner in the firm with a real interest in technology and how to leverage it in our practice,” MacTavish says. “Part of my job is futureproofing our firm—assessing our technology needs and what they’ll be five years from now.”

Nice while it lasted

When the firm decided to move out of its former headquarters in 2018, there was an opportunity to strengthen TDS’s technology at the new site—a 17-story office building in the heart of Winnipeg that would accommodate all of the firm’s employees on the top three floors.

“Technology was always at the forefront of my mind, from a facilities and IT standpoint,” he says. “Clients expect law firms to be technologically advanced.” 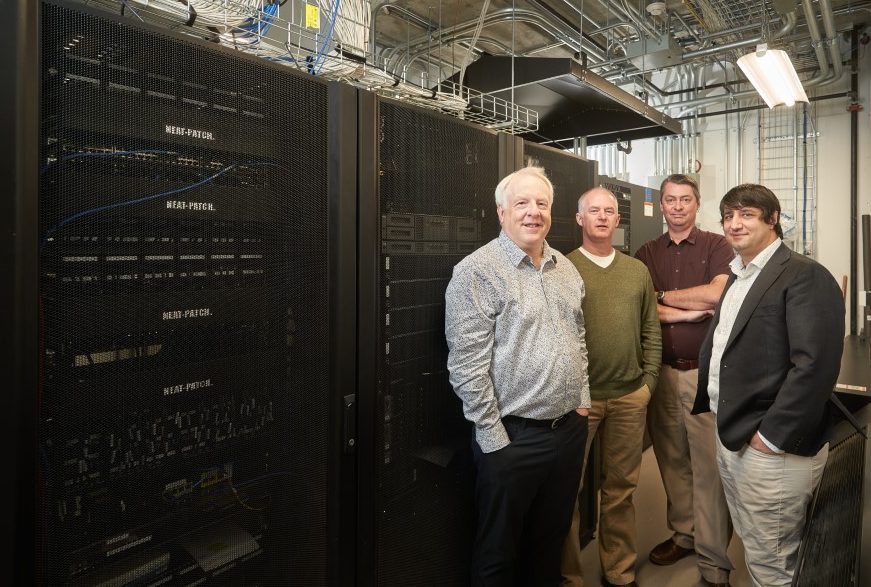 One such project involved wiring the conference rooms and putting in large TV screen monitors to better enable audio and video conferencing. Utilizing ClickShare technology, any lawyer can now share visuals with a group by broadcasting them from a laptop onto a monitor. Also, Architects developed the board room so it could be split into three separate spaces with movable partitions.

“These upgrades allowed us to work collaboratively in ways we were not able to before, allowing us to accommodate differently-sized groups,” MacTavish says. “We basically had a year to enjoy the new office and amenities before we went almost entirely remote.”

By early 2019, MacTavish and Anderson were exploring remote work options for the firm. That included upgrading hardware and software across the organization and moving to Office 365. All was in place before the epidemic hit.

“The pre-pandemic goal was to have our lawyers be able to work from anywhere,” says MacTavish. Having implemented the iManage Cloud prior to the virus, there were virtually no interruptions when everything shut down.” 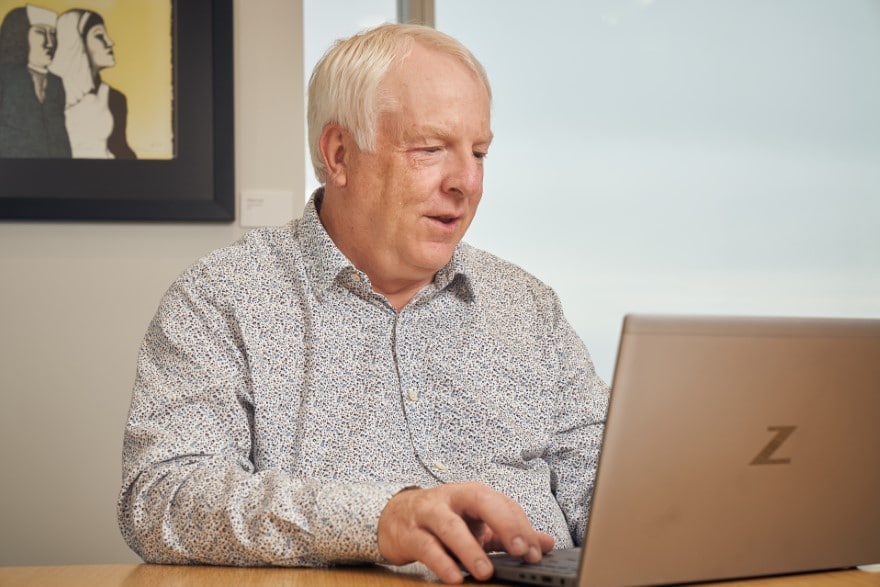 In September, with vaccination rates rising and case counts finally beginning to ebb, all TDS employees were allowed to return to the office. That included MacTavish, who has embraced the opportunity to mentor the firm’s younger attorneys in a more collaborative, intimate setting.

“It’s important to be there,” he says. “It’s difficult for them not to be able to walk down the hall and interact with more senior lawyers. Zoom calls sometimes just don’t cut it.”

This fall, the IT team will be updating the phone system to Microsoft Teams, says MacTavish, who serves on the firm’s Management Committee. That group is also on the lookout to leverage new technology, such as DocuSign and Aderant’s On-the-Go-Time to help the staff wherever they are.

“We’re prepared for whatever comes next,” says MacTavish, who is equipped to slip into a legal or an IT role on any day. “It’s all very interesting—busy, but fun.”

As for MacTavish’s love of law, that came early for this Montreal native, who earned his LLB from Dalhousie University – Schulich School of Law in Halifax, Nova Scotia, in 1985. After graduating, he aimed for a career in securities law, taking a job as an associate lawyer at Cassels Brock & Blackwell before joining the firm of Osler, Hoskin & Harcourt across town two years later.

After six years in Toronto, MacTavish and his wife decided to move west to her hometown of Winnipeg with their daughter in 1991. There, he was hired at TDS to do transaction-based work, securities and M&A. Along with his new job came his first computer: a desktop PC with Windows 95. He was hooked.

While MacTavish doesn’t have a degree in computer science, he says he’s picked up considerable knowledge the last 27 years.

“I learn by doing—breaking things and fixing them—and read in my spare time … just ask my wife,” he jokes.

Prior to earning his dual title at the firm in 2018, MacTavish was also always willing to test out new systems and software. Those included Blackberry mobile solutions in the late ‘90s and early 2000s and the iPhone when it was first introduced in 2007. As he grew to understand the technology more, he became an internal liaison—sharing the lawyers experience with the IT group, while translating computer talk into plain English for the attorneys. 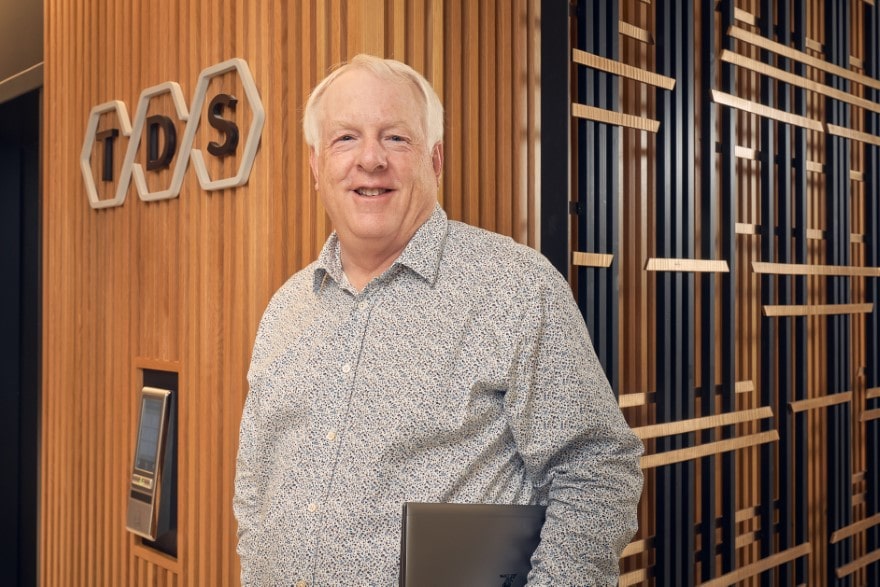 As his tech role evolved, MacTavish and his team handled its biggest project to date in 2003, adopting the Hummingbird document management system. In 2019, the department chose iManage as an upgrade, with everything implemented by the end of January 2020.

“It happened to be very good timing,” MacTavish says. “When the pandemic hit, we didn’t miss a beat. It was fortuitous to say the least.”

MacTavish has also been working with the chief operating officer and chief financial officer to update the firm’s financial and accounting solutions. The prior system made it difficult for attorneys to log their hours. Now they can update the information themselves on the go, in real time, or even answer a question from a client.

“I never could have come this far without the indulgence of the IT Department over the years,” he says.

Regardless of the role he’s playing, MacTavish says he loves all aspects of his work. From the day he started, there’s always been an open-door policy and encouragement from his fellow partners to pursue his interest in IT.

Whenever that day comes when it’s time to retire, the standing joke with his wife is that he’ll take a part-time job down at the local Apple store. 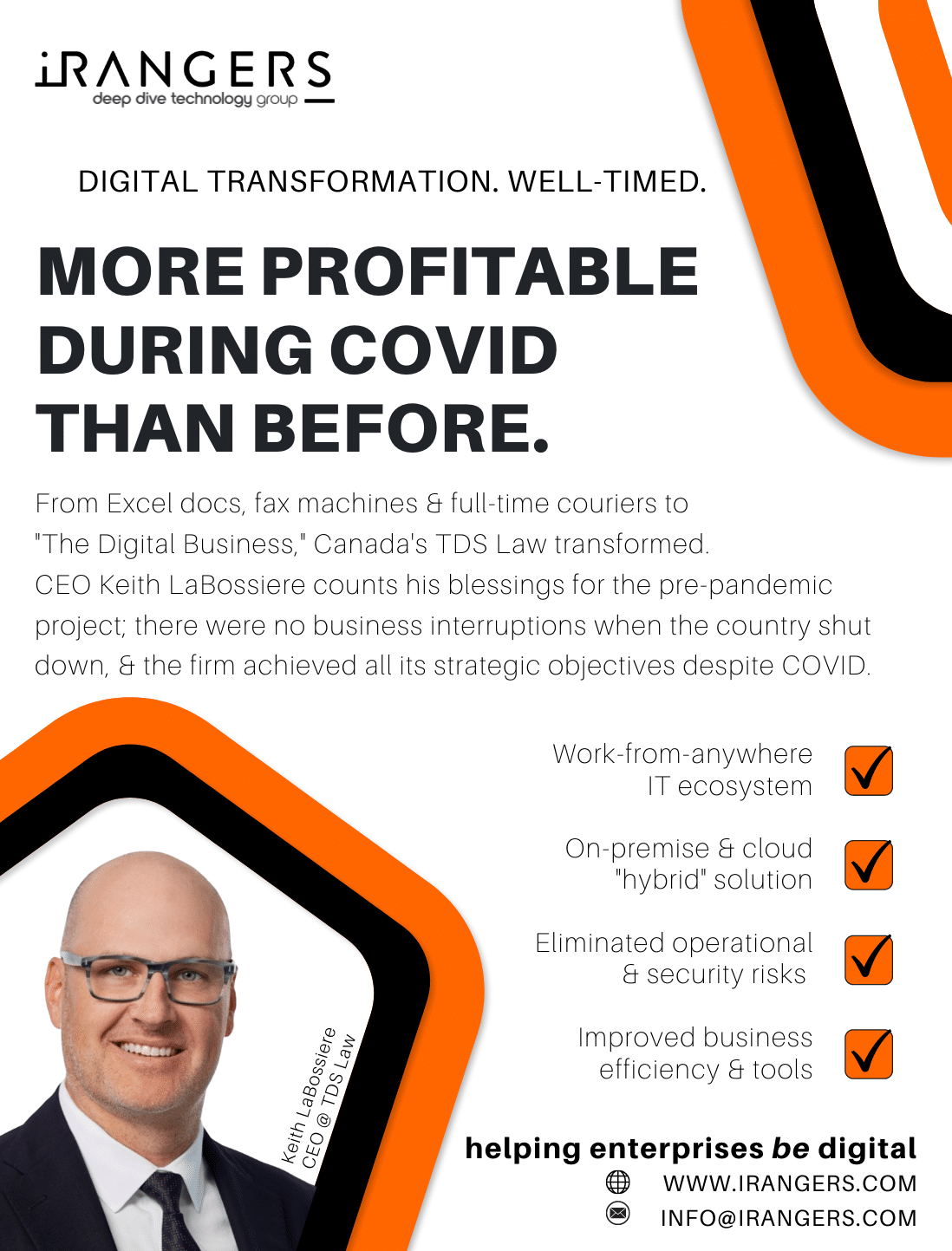