In the late ‘90s, Bassam El-Fahmawi and his wife spent a harrowing day in the hospital when their two-year-old daughter fell ill with a high fever. Despite his years of experience in the medical industry and having been a lab manager at Prince Fahd Bin Sultan Hospital in Saudi Arabia, he was relegated to the sidelines, watching as experienced medical professionals repeatedly tried and failed to draw his daughter’s blood.

“Her veins were too small, and they simply collapsed, until finally the doctors had to make an incision in her ankle and extract a blood sample from there,” he recalls. 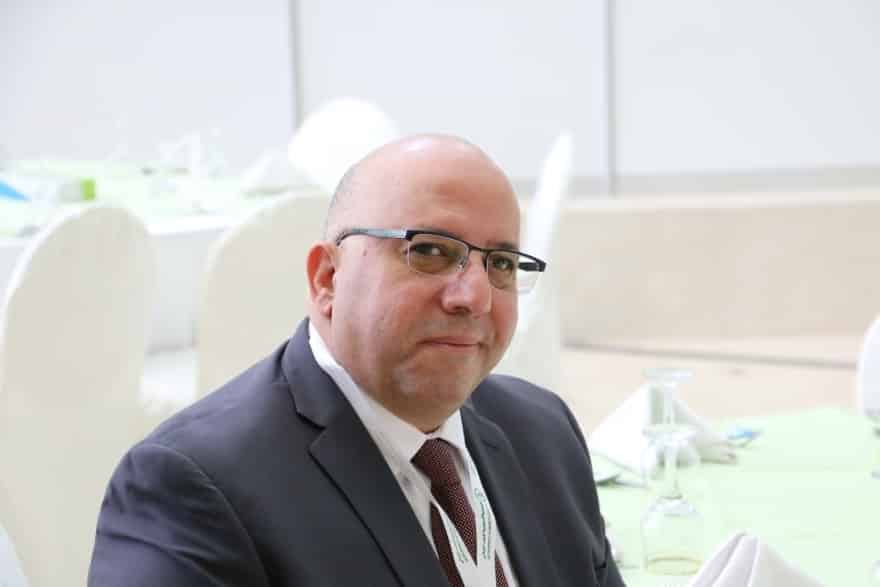 El-Fahmawi credits that painful incident with inspiring a career change as it made him think there must be a better way to collect samples, especially from children.

That motivation carried him through several high-level positions at different biotechnology companies. He then started his company, Mawi DNA Technologies, and became its chief executive and chief technical officer in April 2014.

Few drops in a tube

Although El-Fahmawi hasn’t yet found a way to eliminate needles, he has made the process more efficient with direct draw whole blood collection tubes—called HemaSure-OMICS tubes—that stabilize DNA, RNA and cfDNA (for liquid biopsy).

This allows less blood to be drawn from an individual and more analytes—the compounds being tested—to be extracted from the same tube. Mawi DNA’s tube sizes are three, six and nine milliliters, and can be transported at room temperature for several days

“For comparison, I’ve met medical professionals who’ve had to draw up to 18.2 milliliters of blood per patient,” he says. 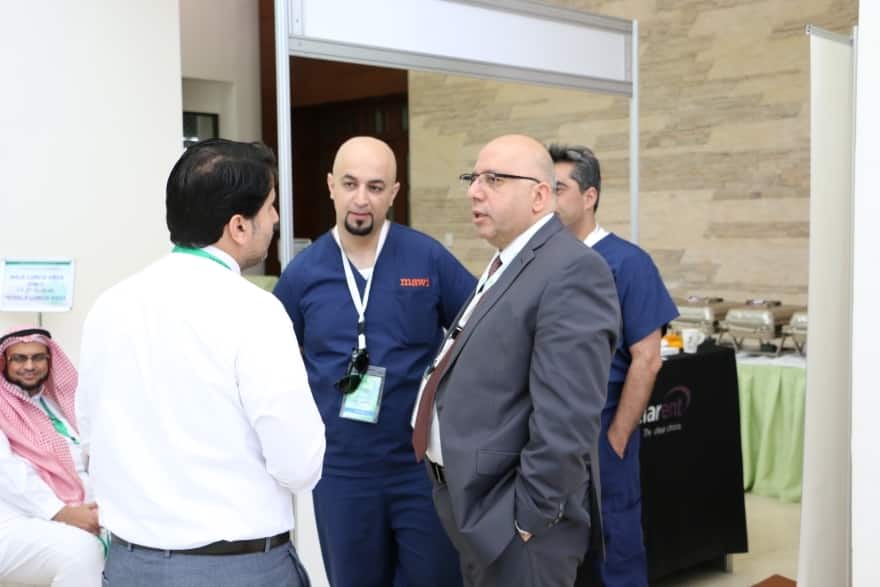 Mawi DNA’s blood collection tubes offer an alternative to the established method of collecting blood samples from children. Based on Dr. Robert Guthrie’s work with newborns in the early ‘60s, many medical professionals extract a droplet or two and place it on filter paper. Although this eliminates the need to draw large amounts of blood from children, the blood deteriorates quickly and isn’t as accurate as blood in a tube.

The HemaSure-OMICS tubes keep blood stable for several days, sometimes weeks, instead of a few hours. Although these haven’t yet hit the market, El-Fahmawi and Mawi DNA have sent hundreds of samples to Kenya to see how they work in real life.

“My objective was not just to make it easier to collect samples, but to get the most out of them, which helps patients and those providing them medical care,” he says.

That objective extended to rethinking how swabs are used, which led to his company’s creation of iSWAB.

El-Fahmawi says that although swabs have merit—they’re used to test for COVID-19, to check for sore throats and for DNA sample collection—by themselves they often can’t maintain the integrity of a sample, especially if transported in a tube that hasn’t extracted or stabilized the sample properly.

He created iSWAB in 2014 to combine those functions—the collection and stabilization. The finger-sized tube has a feature that can be used to squeeze liquid from the swab tip and contains a solution that stabilizes the sample at room temperature.

“The size and buffering solution is really imperative, because it eliminates the need for cold storage of samples and allows them to be easily shipped anywhere,” he says.

The stabilization of samples has also been important during the pandemic. El-Fahmawi says the old method was archaic as it required processing of the samples within 48 hours, which wasn’t always possible during the influx of samples and the amount of testing needed during the pandemic. Through Mawi DNA’s efforts, the collected sample could be held for months not only at room temperature but also in extreme heat or cold, according to El-Fahmawi.

“We further improved the secret sauce—buffering solution—so that we could help eliminate a step in the COVID-19 testing protocol: Extracting RNA,” he says. “Our sauce makes testing faster and less costly.”

During the pandemic, El-Fahmawi says Mawi DNA worked to reduce plastic waste and provide enough iSWAB collection devices to meet the demand. As of May, iSWAB technology has enabled close to 20 million COVID-19 tests worldwide.

This also makes it possible to collect several swabs from the same person to create a single, concentrated DNA or RNA sample.

“We’re constantly innovating and learning from the needs not only of those in the U.S. but across the globe,” he says. “Our samples are being used in clinics and diagnostic labs as well as research and academic labs.” 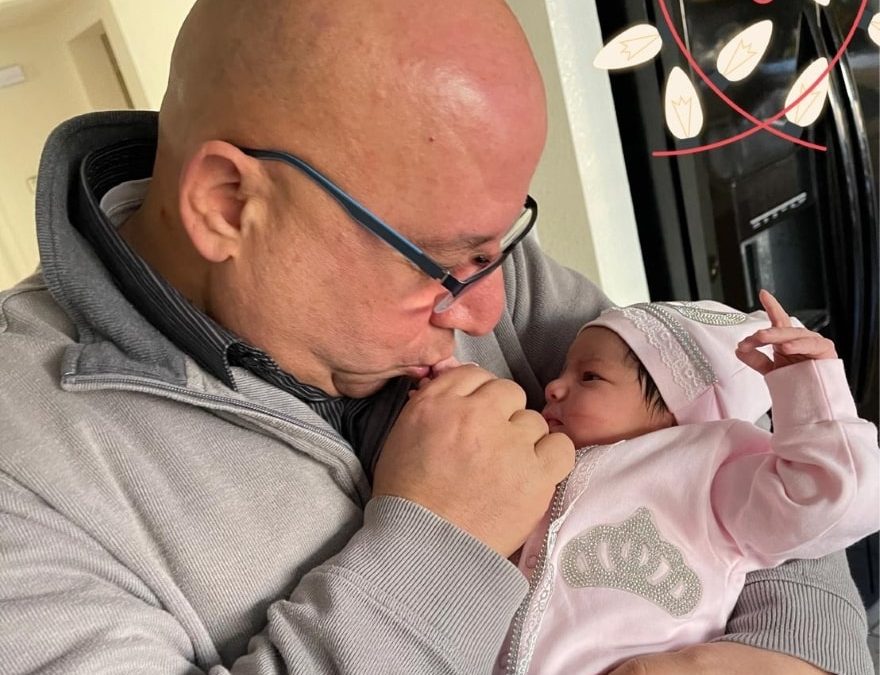 Yet, he says that everything he puts forth through Mawi DNA Technologies goes back to the one experience with his daughter—who has since graduated college and recently made him a grandfather.

“That moment only lasted 20 minutes but it changed the next 20 years of my life,” El-Fahmawi says. “I’m glad that everything we do helps people around the world as we continually make sample collection—whether blood or DNA—more efficient, less painful and accessible.” 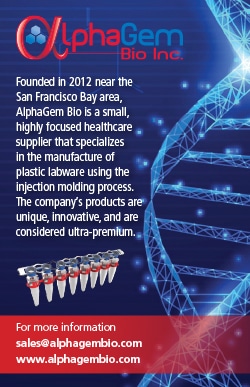 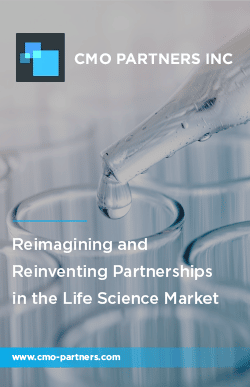 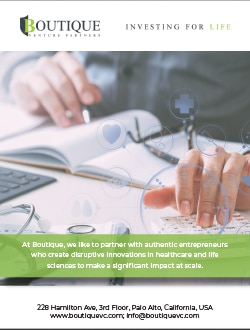