The view from a dental chair has long remained the same. A yellow-tinted lamp above beams into the recesses of your mouth. A tray of drills, gadgets and sharp-pointed scrapers sits to one side, ready for the hygienist.

Now, though, there’s also interactive viewing for the patients. A screen at the foot of the chair or a counter nearby shows the what the dentist and hygienist see. 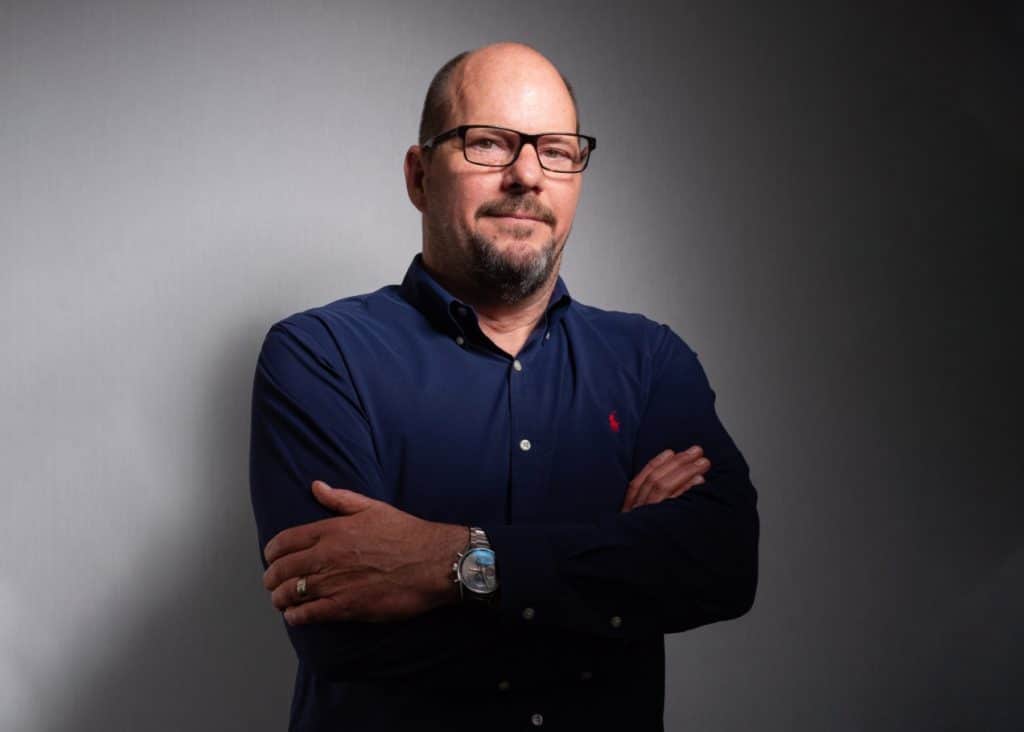 Keeping those screens connected, while ensuring the data and images contained on them can be shared quickly and safely at InterDent Service Corp., is CIO Bernard Piccione’s job. And though the COVID-19 pandemic changed operations in the company’s 200 offices, it has helped build a new tech foundation, he adds.

“At InterDent, we want someone to have the same customer experience, no matter what office they are walking into,” Piccione says. “This year is all about IT adding value as a business partner.”

Though InterDent has four care-specific brands, Piccione and his team want uniform IT operations that also have redundant applications to keep things going in the event of widespread service disruptions.

Though the COVID-19 pandemic initially closed 80 percent of InterDent’s offices for all but urgent and emergency care in spring 2020, it also allowed him the opportunity to make network-wide upgrades.

The pandemic also required Piccione and his team to set up a new call center at the beginning of the closures. It’s a remote operation with a staff of between 50 and 60 who schedule appointments, powered by a virtual private network that prevents employees from bringing in any external online content. 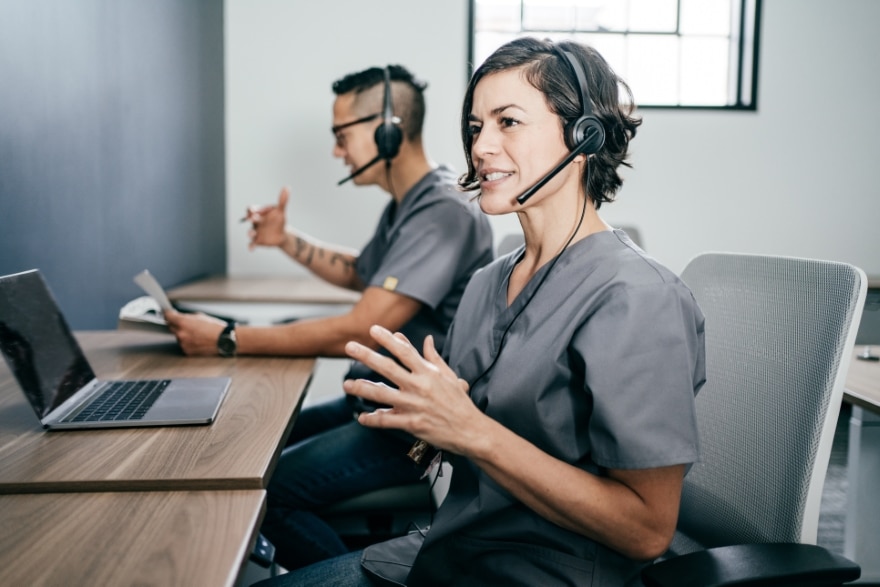 “Last year was about the backbone. Now we can see what goes on in every office and communicate directly if there are issues with connectivity,” he says.

Piccione’s motto for tech upgrades, “One band, one sound,” comes from the 2002 movie “Drum Line,” he says, and 2021 is a year where that approach continues to be refined.

Touch screens with resizable images showing the smallest nick in a tooth’s enamel, and those images can be sent to labs and makers of dentures and implants. So, the ability to connect is crucial, as some InterDent offices are in remote areas with poor internet.

To boost connectivity, Piccione and his team are adding VMware cloud and new firewalls at each end point for speedier, secure internet service. The upgraded firewalls are crucial to supporting advances in 3D imaging, he notes.

As of March, InterDent was also undergoing a partial migration to the cloud with a NextGen platform that partners with Amazon Web Services. Piccione prefers the hybrid approach because, while it adds storage capacity and improves access throughout the network, there’s still reliable local access which can be handy if there’s a service disruption.

The NextGen platform provides ready access to electronic health records, he says, as well as patient scheduling and curbside check-ins so commonplace during the COVID-19 pandemic.

InterDent practices are also getting Wi-Fi upgrades, and Piccione is developing an app for scheduling and patient notifications. He says that in 2020 his team did two years of IT work in one, but as he’s done in the past, he also relied on a partnership with Helping Technology Go. 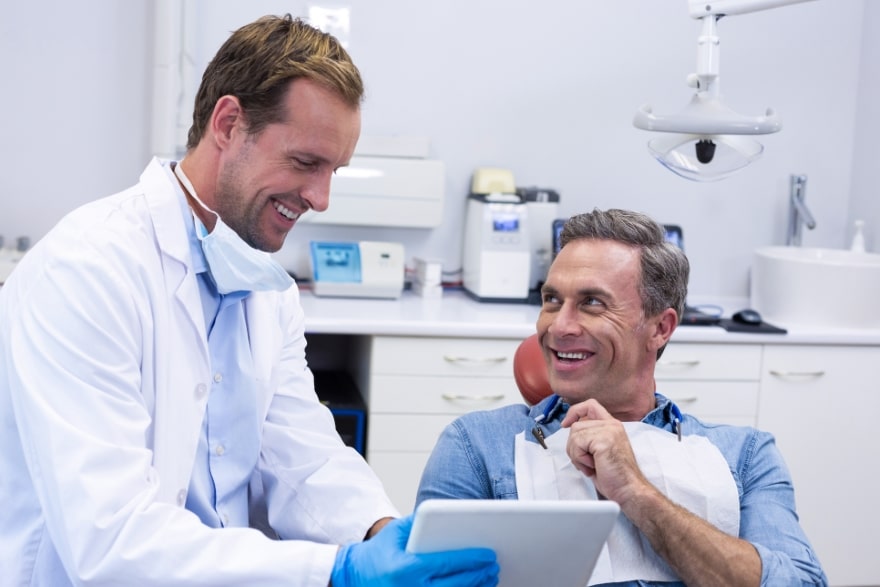 Not only did HTG keep InterDent supplied with hardware, even as supply chains tightened during the pandemic, the company also manages some of the most sophisticated tech InterDent uses.

“They’re a phenomenal strategic partner for us,” Piccione says. “They proactively replenish inventory for us, manage imaging platforms and perform our field services as well as our compliant IT asset disposition.”

Born and raised in suburban Maryland, Piccione recalls a fascination with the way things work from an early age—even as a boy he loved to take things apart and put them back together.

He joined the U.S. Army in 1980, and while stationed in the former West Germany, he worked in the Air Defense Artillery Battalion with missile defense systems including Nike Hercules and Patriot.

After his discharge in 1983, Piccione studied computer science at Boston University, earning his bachelor’s degree in 1986. He fondly recalls his first computer, a Mac 512e with a 1.44 floppy disk, and notes his first civilian job in IT was fixing digital mainframes that had less computing capacity than his cell phone.

In 2001, he joined Houghton Mifflin Harcourt publishers as a director of enterprise architecture. After a year, he was promoted to vice president in the same area. By then, Piccione had earned a master’s in computer science, also from Boston University. While at Houghton Mifflin, he continued his postgraduate studies through Babson College’s Regional Leadership Forum.

In 2005, he became senior director of enterprise solutions for Blue Cross Blue Shield of Massachusetts. There, he managed software quality assurance, security and performance teams of 75. In 2009, he returned to Maryland as vice president of IT for Advanced Patient Advocacy in Annapolis.

Piccione got his first CIO role in 2011 at MagnaCare in New York, and he’s kept that title with Complex Care Solutions Inc., Ingenuity Advisory Partners Inc. and now with InterDent, which he joined in April 2019.

“I find ways to use and make technology an extension of how people work,” Piccione says. “Last year was a watershed year—I’ve never seen anything quite like it—one in which we overcame all obstacles.” 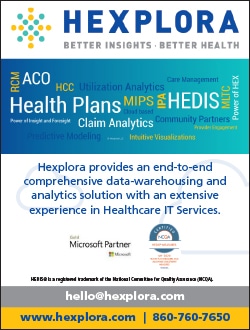 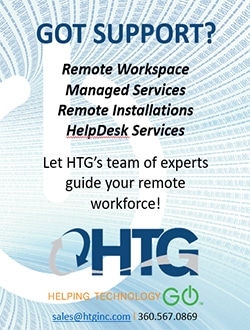