It’s a unique institution of higher learning on the Georgia-Alabama line. Point University—Atlanta Christian College, pre-2011—has several times as many students learning remotely than the 700 on campus. A diverse student population too, many of them adults from far away, but united in Christian faith. 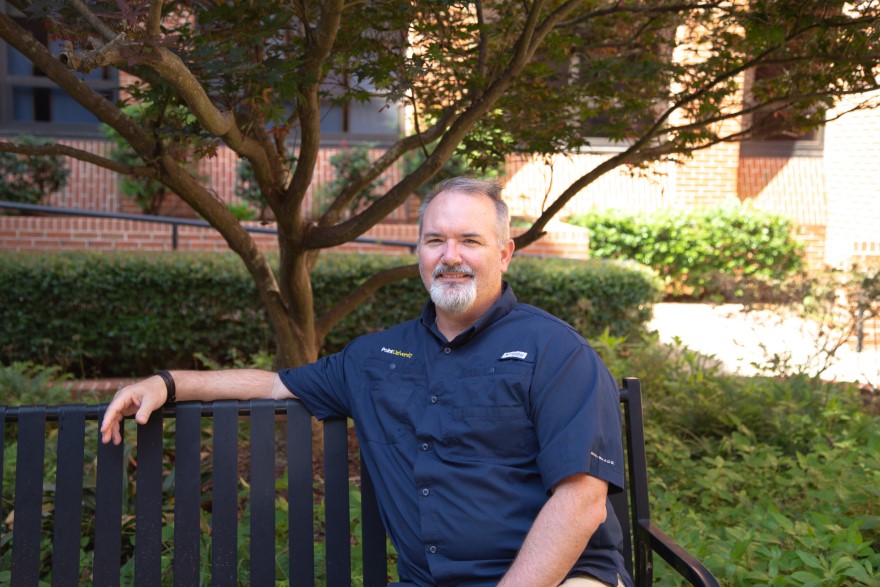 Such an operation can’t be run on good faith alone, however. A most advanced infotech system spreads the good word and organizes the more secular responsibilities of running this small private school in West Point, Georgia.

And that took some doing, according to Bill Dorminy, who came to Point University as director of information technology eight years ago when the school was moving from its prior location in East Point, 100 miles away. Left behind were some antiquated technologies as well as the mindset that modernization could wait.

The university has made up a lot of ground since then; it’s trending more and more toward virtual learning. It’s also significantly increased its curriculum to qualified high school students who can take college-level courses while earning concurrent credit toward a high school diploma and college degree. 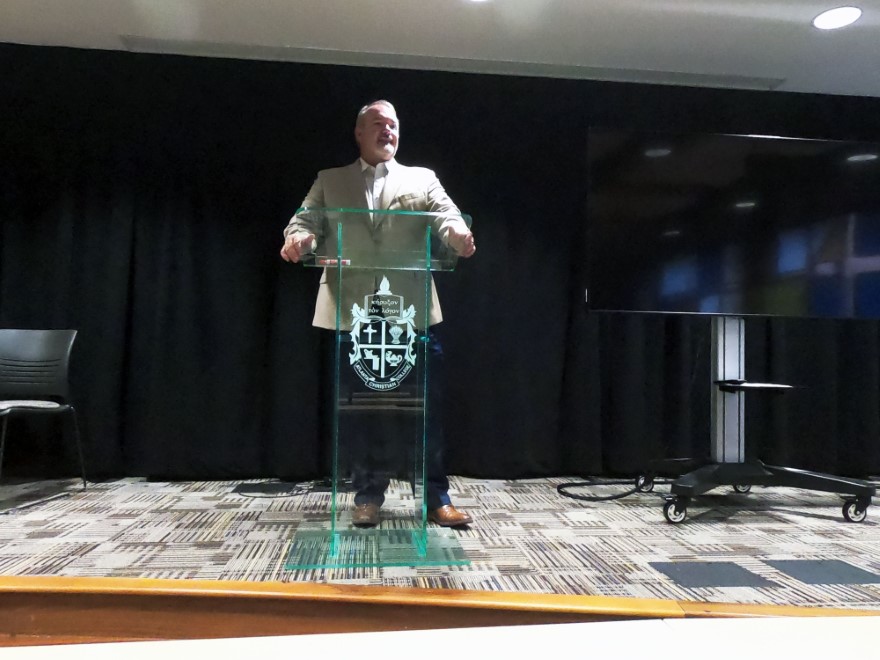 So effective have been Point University’s upgrades in tech and personnel that Dorminy says the transition to all online education, made necessary in March by COVID-19, hasn’t been that difficult and the school is well-positioned to operate as such come the next academic year. “Whatever the scenario, we’ll be ready for it,” the affable IT director tells Toggle in June.

While Dorminy had overseen tech upgrades since his 2012 arrival, he recognized that by last year some of the infrastructure was aging. Not wanting to have networks failing, he began working with United Data Technologies and brought in Cisco Meraki wireless, switching, security and enterprise mobility management that could be run remotely. Little did he know how essential this would be less than a year later.

“That was another fortunate decision, and what it meant for me is I could go home the last few months and not have to worry about the systems,” he says. “I could easily login, monitor systems, and take care of any issues.” In retrospect, he says, there have been many “fortunate decisions” over the past eight years.

By 2012 Point University had many ACCESS, or adult students who were technically in hybrid—in seat and online—courses. The need for online learning grew significantly over the next few years, both from adults and high school students accessing dual enrollment/dual credit courses. Combined, those demographics now make up around 1,800 students in a population of around 2,500. 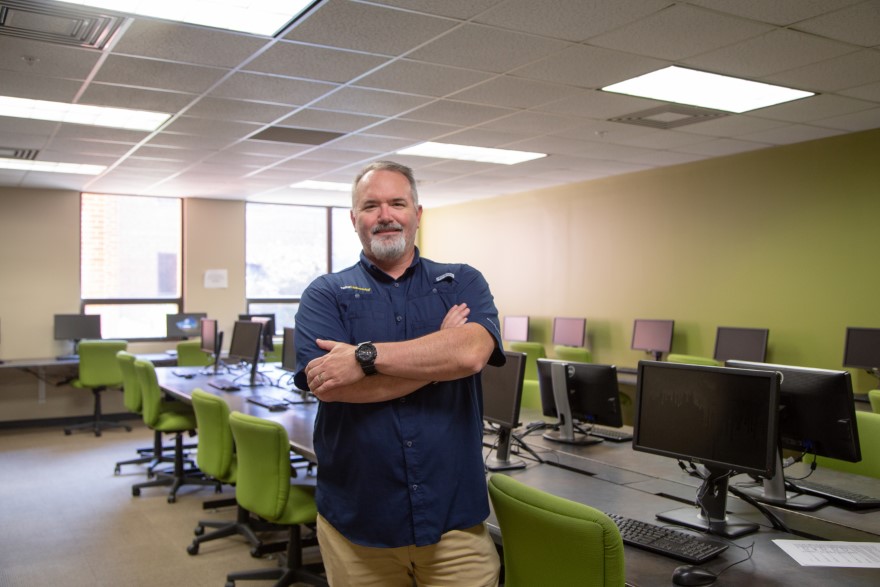 All that has required new systems and new ways of doing things. In 2017, the school found its best option through Sakai, a free educational software program designed to support teaching, research and collaboration. More recently, because of growth and COVID-19, the school is migrating to a new learning management system, Canvas, that goes live in July.

Such foresight has enabled the university to move all course modalities to eight-week sessions, something that only the online program was doing prior to COVID—a move that’s proved its worth during a very challenging 2020.

“Obviously, we had no idea this [coronavirus] was coming, but the new approach set us up for success,” he says. “We had most of the technology already in place. The learning curve wasn’t very steep.”

As to what awaits in the next academic year, Dorminy hopes it can be education as usual and the on-campus students can resume their genuine college experience. Small as that student body is, it’s an active one with the majority playing a sport or involved in some extracurricular activity and enjoying classroom participation.

But those 700 students shouldn’t feel so far removed from the greater number online, Dorminy says, and what better way to bridge that gap than via online.

“The challenge for us is to incorporate that community with the 1,800 online and dual credit students around the world,” he says. “For that we’ve implemented a platform through CampusApp that engages all into what we call the OnePoint Community. We’re not a large university with thousands of students and communities within communities. That can be kind of nice, everyone knowing each other and being part of a tight-knit community; but they’re still part of a bigger one.” 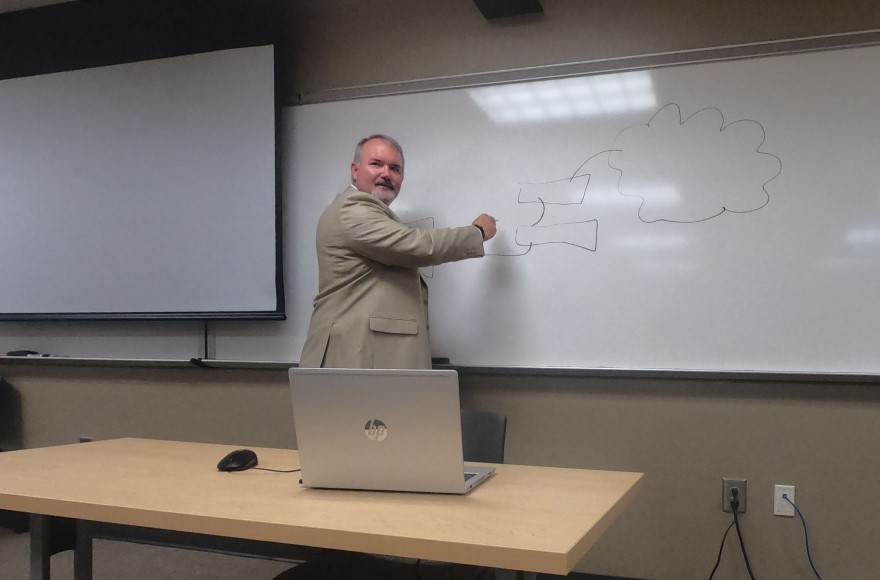 Lines may blur if virtual teaching must continue come the fall semester. But, Dorminy says, the tech upgrade that commenced in 2012 is ongoing and enables student-faculty interaction. Since early 2018 he’s also taught infotech part time at the school.

Recently, Point University—as did many schools—held a virtual graduation with speakers, recorded music and alumni guests. That’s certainly breaking with tradition, but it hasn’t been the first time since the IT department was overhauled eight years ago. And Dorminy welcomes the challenges.

A 1993 Georgia Southern University graduate, he earned an MBA and Bachelor of Science in infotech simultaneously in 2012 at the University of Phoenix. After an early job as network and computer technician at Claxton Cold Storage from 1995 to 1996, he spent the next 16 years in tech capacities with the Dougherty County School System in southern Georgia, before taking his skills to Point University. He’s also had his own consulting firm since 1999.

“I was seeking a new challenge,” Dorminy says about leaving the public schools for the university. “In 16 years I had seen and done everything I could do. When I got there, it was PCs and dial-up internet and when I left there were 10,000 computers connected. I wanted a fresh start, and the opportunity to go to a faith-based university really piqued my interest.”