Bob Boucher and his team have never had to go back to school to learn how to guide IT at Central Maine Community College because they’ve never really left the campus for very long.

“I have four people reporting to me who were previously in work-study programs and are graduates,” says Boucher, a CMCC grad who’s now dean of IT and chief information security officer.

Combine those experiences with enthusiastic leadership, and what results is a college that’s been a forerunner in introducing and integrating tech—from providing free Microsoft Office products to giving students technology to both continue learning and make equipment to fight COVID-19.

“The fact that all my employees were students here gives us some insight on where to focus some of our time and attention,” Boucher says. “What helps me on the faculty side is I was part of the faculty and IT manager for a good long while, too.”

When 2020 began, Boucher and his team were implementing multifactor authentication for staff accessing the student information system. The upgrade began in November 2019 and improves cybersecurity, he says.

Within three months, as COVID-19 arrived, everyone faced a very different set of circumstances and priorities. Maine Gov. Janet Mills issued an executive order on March 15 closing classrooms in public schools. Because CMCC was already offering some remote learning, a full shift was possible.

“It was crucial we had that door open for faculty, and many leveraged it,” Boucher says. “All in all, they made a smooth transition to this and it’s been noted by (Maine Community College System President) David Daigler.”

But there was still work to do. The faculty use Zoom for virtual instruction and needed more licenses, as well as laptops, to accommodate demand, Boucher says.

CMCC is in one of Maine’s largest urban areas, but students also live in rural areas where high-speed internet access may not be available, so Boucher and the IT team set up a cart with 25 laptops that could be reserved and used in the school’s parking lot.

The laptops, which were most widely used by nursing students for their final exams, were loaned out and then returned and sanitized by the IT team, Boucher says. 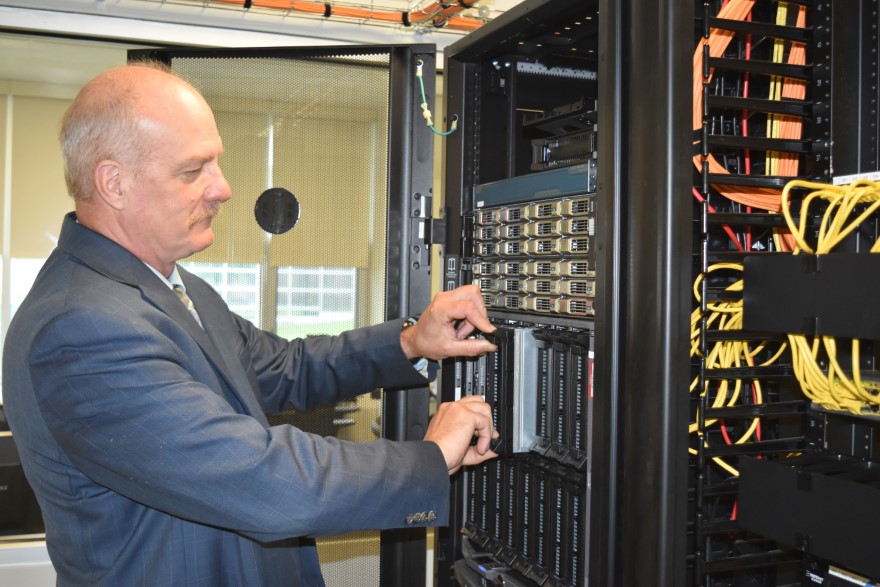 As of late July, schools in the Maine Community College System were directed to instruct online as much as possible in the upcoming semester, but like other community colleges CMCC offers trades instruction in areas such as mechanics, HVAC and construction that are hard to present virtually.

Therefore, some classes and labs will be open in the fall, Boucher says, while all social distancing and mask guidelines will be observed.

“Some of this stuff can really only be taught in person,” he explains. “You want that student to get his hands on a CNC machine, an engine block or swing a real hammer.”

Hands-on tech also provided CMCC the opportunity to fight COVID-19 when its 3D printers were used to make personal protective equipment. Boucher says students first made masks, researching designs and deciding which worked best before producing about 100 that included changeable filters. Those were distributed to faculty, staff and a local sheriff’s department, and at the urging of administrators, students moved on to face shields.

Boucher says the forward-thinking and outright enthusiasm of retiring CMCC President Scott E. Knapp set the tone from the start for him—and is evident in the first esports program to be created in the Maine Community College System.

Boucher was an easy sell on the idea—he still loves playing video games after all his years in tech. And while the school’s athletic tradition includes three national championships, most recently in women’s basketball, esports opens venues for students that also build teamwork and social skills. 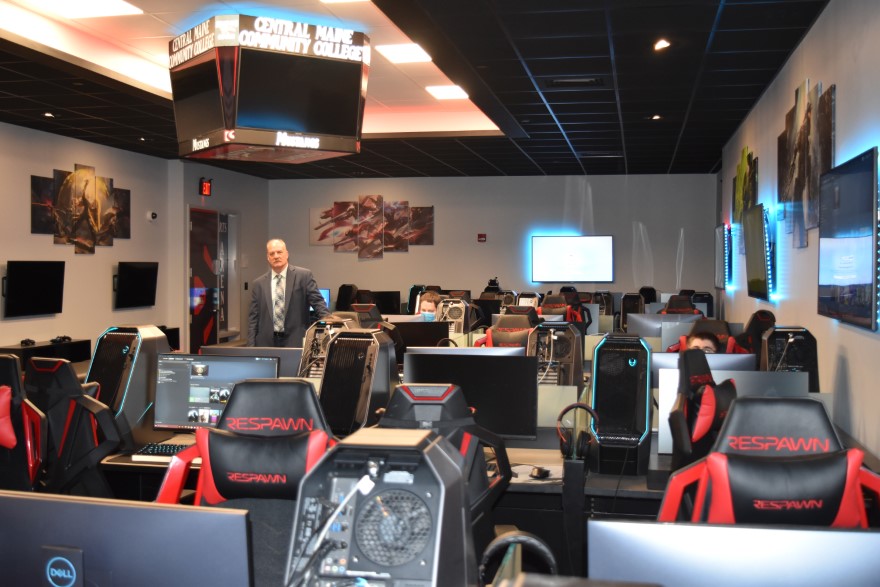 Not only did CMCC create a dedicated arena for the nearly 80 students competing on school teams, Boucher and the IT team brought in 30 Alienware gaming PCs, and also set up four additional areas with PlayStation, Xbox and Nintendo Switch systems for recreational use by students.

A fish in the tech waters

Boucher was part of the evolution of technology long before he brought it to bear at CMCC. He’s a local—a graduate of Edward Little High School in Auburn—who learned how to build radios and circuit boards with the encouragement of his father, a chief electrical design engineer.

Though he clearly recalls the alphabet soup of TRS-80s and VIC-20s on the early landscape of computing, Boucher also has a love for the water that first led him to become a commercial diver.

After a marine construction accident ended his diving career, Boucher returned to tech, first as an RV mechanic, and then at CMCC. He began at the college as a second shift custodian while also taking classes, then started teaching even before getting his associate degree in computer science. 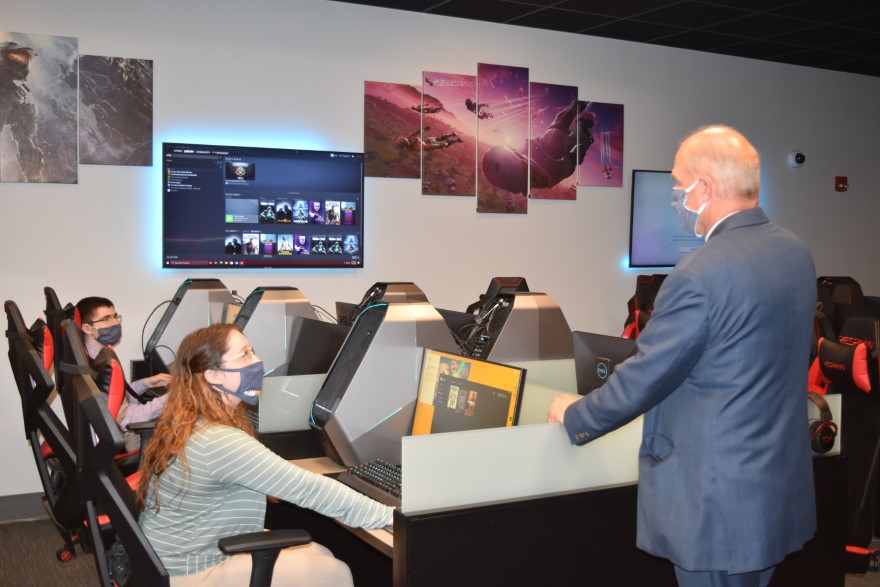 Away from campus, Boucher is ever the outdoor enthusiast—hunting and open-water fishing are passions he pursues every chance he gets. He’s also a licensed captain who enjoys leading fishing trips—the day before chatting with Toggle he helped land a 280-pound thresher shark.

Guiding technology at CMCC has caught Boucher hook, line and sinker, and because he and his team do it with the perspectives of students and faculty in mind, the rewards are even greater.

“This is what keeps the job very cool and alive,” Boucher says. “We still get excited about all these projects after all these years. Solving problems, making recommendations—it’s what keeps us going.” 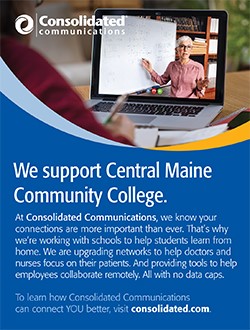 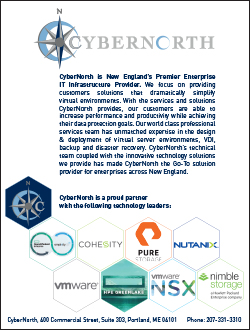