Innovative IT on the fast track

Having completed the exceedingly rare Triple Crown on June 9 at Belmont Park, Justify didn’t make it to the Saratoga Race Course for the start of its 40-day summer season the following month.

Seems the prize thoroughbred’s right front leg was swollen and his owners didn’t want to put him at further risk. Besides, Justify had won the right to a happy retirement on a stud farm, where quite the purse awaits should he sire some fast colts. 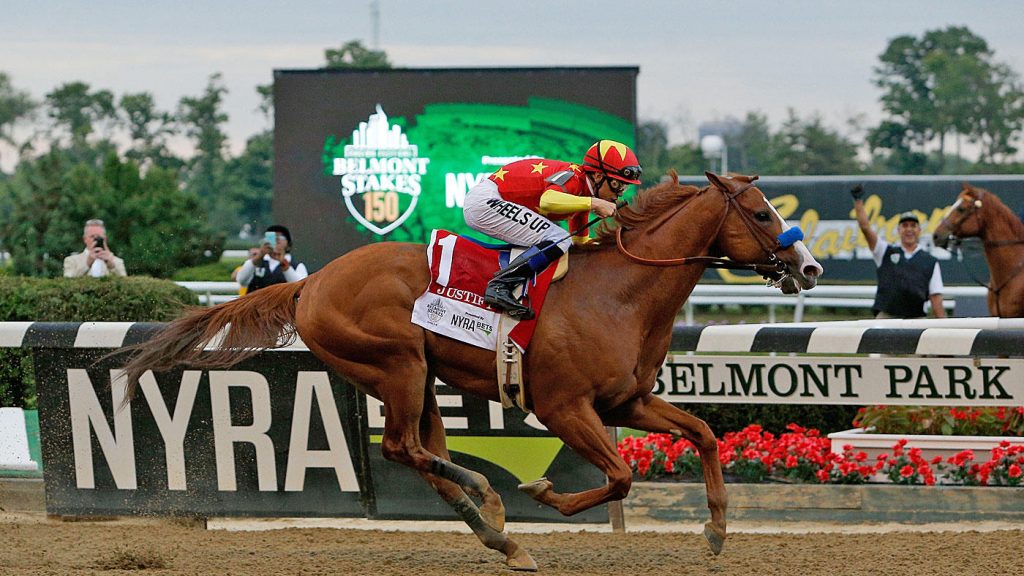 His absence duly noted, there were still plenty of magnificent horses racing around that venerable track in upstate New York in July and August—a fan experience further enhanced through three new mobile applications and the introduction of technology upgrades that especially appeal to the all-important young demographic that represents the sport’s future.

The initial NYRA Bets was for wagering on races live, followed up with a more advanced app, NYRA Now, providing views from different angles and simulcasting feeds from other racetracks. Then there was the third and most robust app, NYRA At the Track, that helped fans find their way to Saratoga, pay for parking and locate their car in a very crowded lot at day’s end amongst a large collection of other functions.

And for those who paid their way into The Top of the Stretch—a new hospitality area that marked Saratoga’s first significant upgrade in over a half-century—the amenities went far beyond comfy seats and beverages and vittles that would have been sufficient to satisfy racetrack aficionados of yore.  Now there were high-tech tablets with most impressive display capabilities that were developed and deployed just for this new area.

For if horse racing is to be the sport of a new generation of kings—and queens—it had better entail some innovative info-tech, and in this area Saratoga Race Course has booted home a winner that’s certain to inspire high-tech upgrades at other tracks, including the two others—Aqueduct and Belmont—that make up the New York Racing Association’s trifecta.

The race is on

“It’s about finding a balance with seasoned horseplayers and devoted fans while making horse-racing accessible to the first-time fan as well,” explains Bob Hughes, a gregarious man who stepped into the role of chief information and technology officer in 2015. “We’re using analytical data to customize the experience. We’ve got a strategy that gravitates to young people and it’s showing results.”

That said, Hughes acknowledges there are challenges aplenty with this all-important demographic. Young people, it is said, aren’t that enthralled with baseball due to its slow pace and 20 seconds between pitches. Thus, in a world teeming with stimuli, their inclination may not be a trip to the track where 35 minutes pass between two-minute races. Unlike the older generation, they’re not chomping cigars and poring over the Daily Racing Form. Even the lingo—win, place, show, daily double, pick six—can be a foreign language, albeit one that can be deciphered by Google. 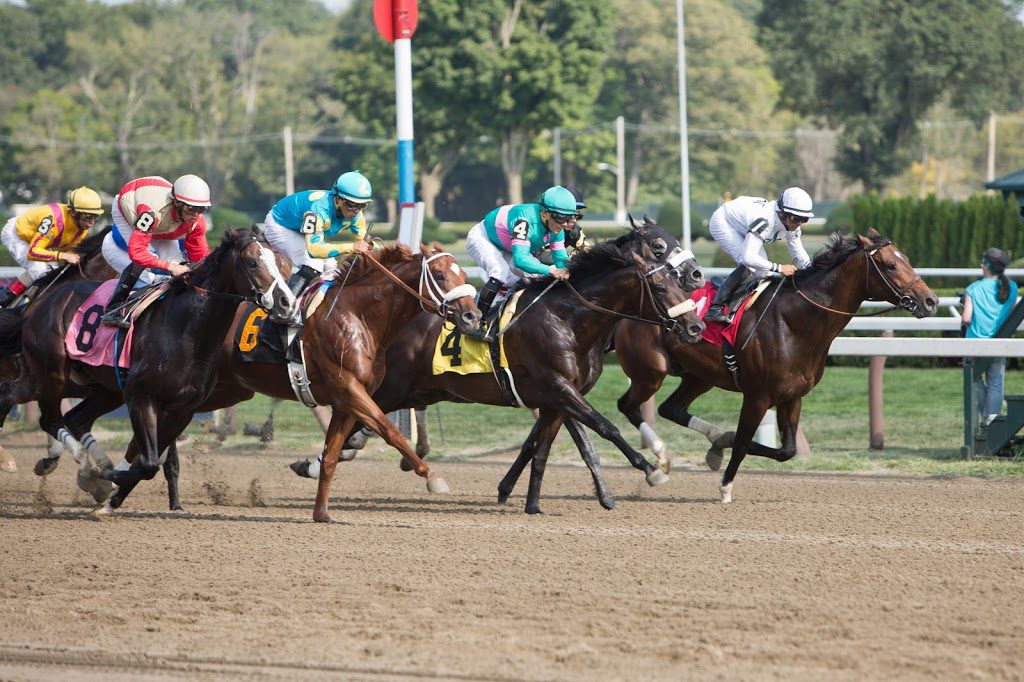 Those challenges notwithstanding, time didn’t drag for anybody in The Stretch this past summer. In addition to a new bar and kitchen and a concession area featuring locally-sourced cuisine, there were the new touchscreen tablets throughout for betting as well as ordering food and drinks, the customer’s identity ascertained by a scanner at the turnstiles.

Appetize, a point of sale software company well known throughout the sports and entertainment industries, further hastened service, accepting all payment types and including value options for season ticket holders and other VIPs.

Fans who wagered via tablets were targeted for promotions. With Tiger Woods competing at three golf tournaments and the New York Yankees chasing a playoff berth, even the time between races seemed minimized, as fans followed those events and more on the tablets that also linked with high-definition television.

Next summer, there should be even more amenities, Hughes says, musing that all the aforementioned IT upgrades represented something of a bet for NYRA, albeit a very calculated one that might be worth doubling down on.

“Putting in all of those new operational systems was a really big deal, not just for improving the fan experience and efficiency, but for providing us real data for analysis and action,” Hughes tells Toggle in late summer as Saratoga’s racing season winds down. “When you make big changes, you run the risk of alienating your core group, but that wasn’t the case here. We got overwhelmingly positive feedback.”

Feedback that’ll be taken into account for whatever further upgrades are in order at Saratoga and the two other tracks. However, for Hughes and his info-tech team of about 30, there won’t be much downtime, not with Belmont’s fall season opening just days after Saratoga closes, and Aqueduct Racetrack running from early November through April. 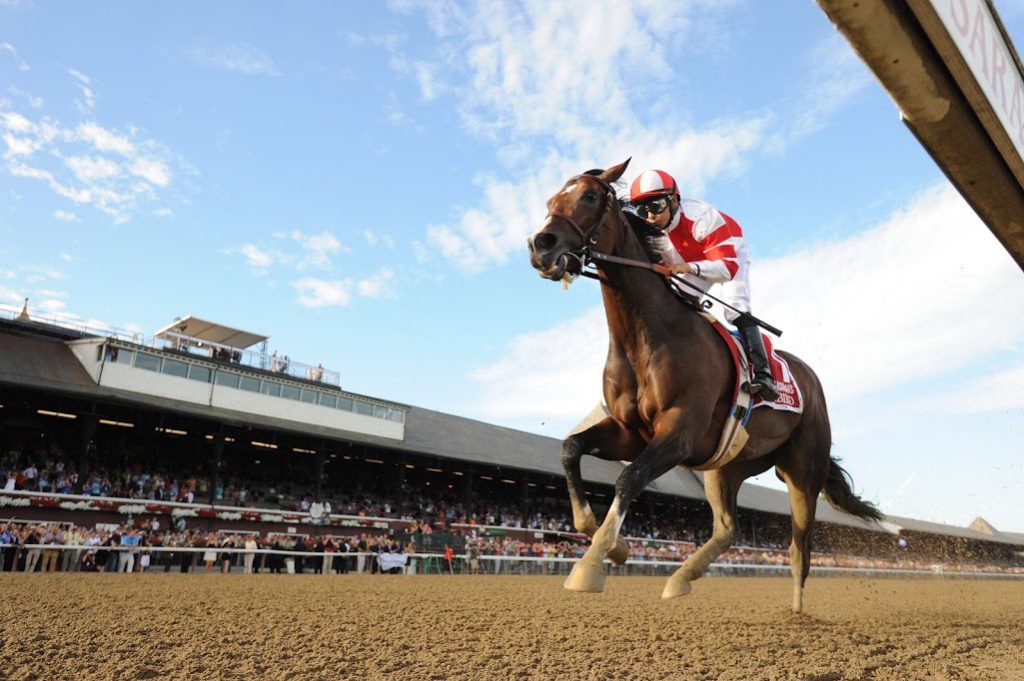 Aqueduct’s core base is more traditional, Hughes says, and that must be taken into account for IT upgrades. Belmont, on the other hand, brings in a very diverse crowd, it being the third leg of the Triple Crown and the race where the horses and jockeys are most familiar. Meanwhile, Saratoga’s draw includes its social scene, Carly Simon mentioning it in song, and NFL coaching legend and summer resident Bill Parcells among the many VIP regulars.

“There is a saying about Saratoga: Where country fair meets Park Avenue,” Hughes says. That track, along with Aqueduct and Belmont, are his homes away from his real home, although it once wouldn’t have seemed likely.

For though Hughes grew up near New Jersey’s Meadowlands, his interests trended to other sports, at least until he came aboard NYRA after a 30-year career that started off in sales and customer services and wound up in info-tech. An interesting professional life, to say the least, for a man whose academic credentials include music studies at Wagner College and multiple degrees from Montclair State University.

“When I took this job, a friend said I’d have it so easy—10 horses run around a track. What technology are you going to be responsible for?” says Hughes with a hearty laugh. “Nothing could be further from the truth. We’re dealing with so many facets of the business, the infrastructure to support the media, operational systems for ticketing, food and beverage, parking, the wagering platform, the combined network infrastructure and all the added variables of a year-round operation that moves every few months to a different venue.”

Horse racing’s reputation darkened by past scandal, Hughes emphasizes it now may be the most regulated of sports, with technology heavily relied upon to ascertain all’s on the up and up. Jockeys are weighed before and after races, and subject to drug-testing, as are the horses. A contested result is reviewed from all TV angles. Security guards roam the stalls, and all photo finishes go on the internet to ensure the judges made the correct call, often by a nose or less.

And about those variables that Hughes mentions, big events such as the Belmont Stakes bring about last-minute needs and changes that require minute-to-minute adjustments. It’s not much of an exaggeration to say that he and his team were running like Justify to have everything in place, which it was.

“There’s a level of stress, and activity, here that you won’t find in most jobs,” he says.

But the perks can be priceless.

“To see Justify come in and hear the roar of the crowd … ” Hughes says, his voice trailing off into a dreamlike quality. “Only 13 horses have won all those races. To witness it was very special.”