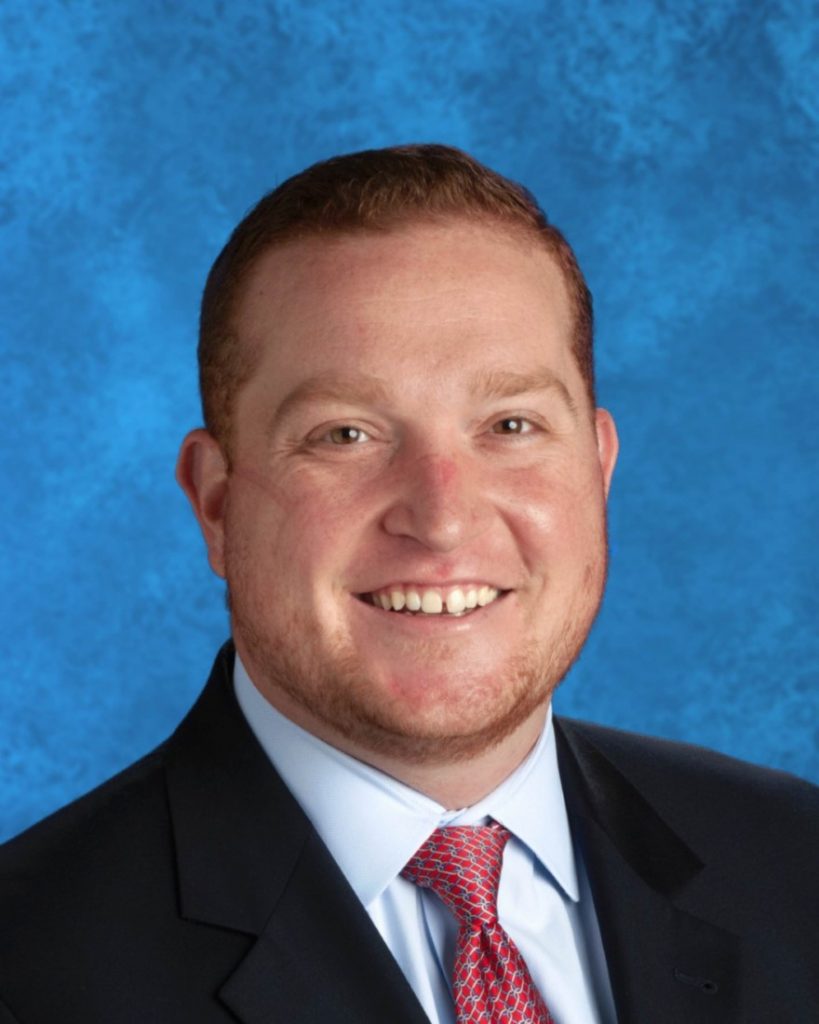 Even with the La Salle College High School campus idled after the arrival of the COVID-19 pandemic in March 2020, Braden Bonner was skeptical about a suggestion on how to use the school’s technology.

“I was just thinking about keeping students learning and teachers teaching, and it sounded like the students wanted me to install a virus,” recalls Bonner, who directs technology and information systems at the school in Wyndmoor, Pennsylvania, outside Philadelphia.

It was no virus, however. It was software that would harness La Salle’s unused computer and server capacities to help researchers with the complex calculations and modeling needed to decode COVID-19’s structure.

That students discovered the [email protected] program was no surprise to Bonner. Their initiative follows in the traditions of La Salle’s immersive approach to learning about technology—traditions he thrived on as a former student and encourages in his current role, as he follows in the footsteps of the mentor he replaced.

“We’re teaching technology by living it and experiencing it,” Bonner says. “It’s one of our core programs, and a marquee program at our school and known nationally. We put our trust in our kids and they gain every possible experience in technology before they go out the door.”

The children shall lead

Founded in 1858 in Philadelphia as a Roman Catholic college prep school for boys in grades 9-12, La Salle has an enrollment of about 1,070 students and a staff of 150 including 100 teachers. 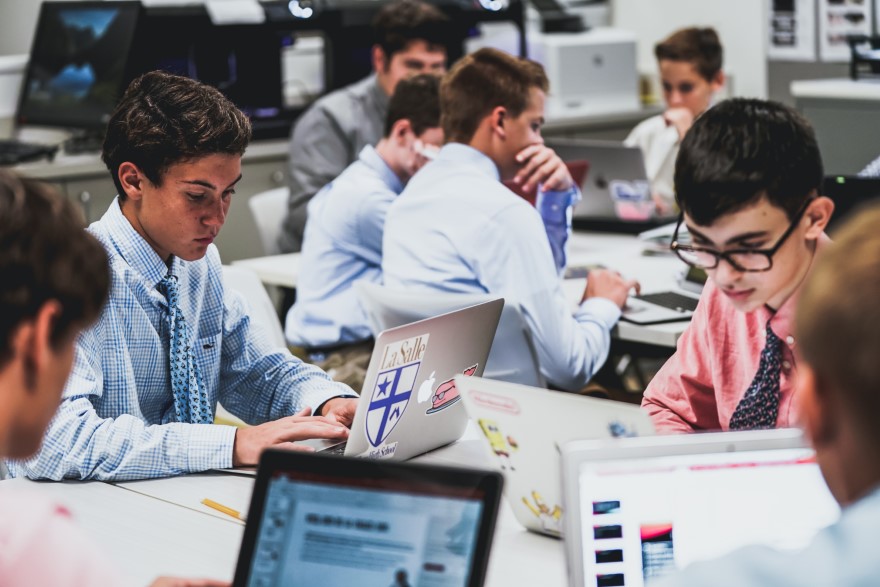 In the mid-‘90s, Peter Sigmund, Class of 1985 and the La Salle crew coach, was asked to direct the school’s growing computer science and technology courses. He chose to directly involve students by having them build the networks and hardware while always challenging staff with new ideas, Bonner says.

“We give kids the keys to the kingdom, we let them into the network where some schools don’t,” he adds. “It’s their network, their media and their content.”

Bonner knows the keys aren’t just handed over, though. While attending La Salle from 2003-07, he went from eager freshman to senior president of the student lab manager program. He compares the students’ self-regulation to athletic team members who maintain their own training regimens and avoid actions that hurt their teams.

Pre-pandemic, Bonner was accustomed to arriving every morning to see seniors working on the school’s network, including managing La Salle’s website and social media outreach. So, despite any misgivings, he listened to their opinions of [email protected] 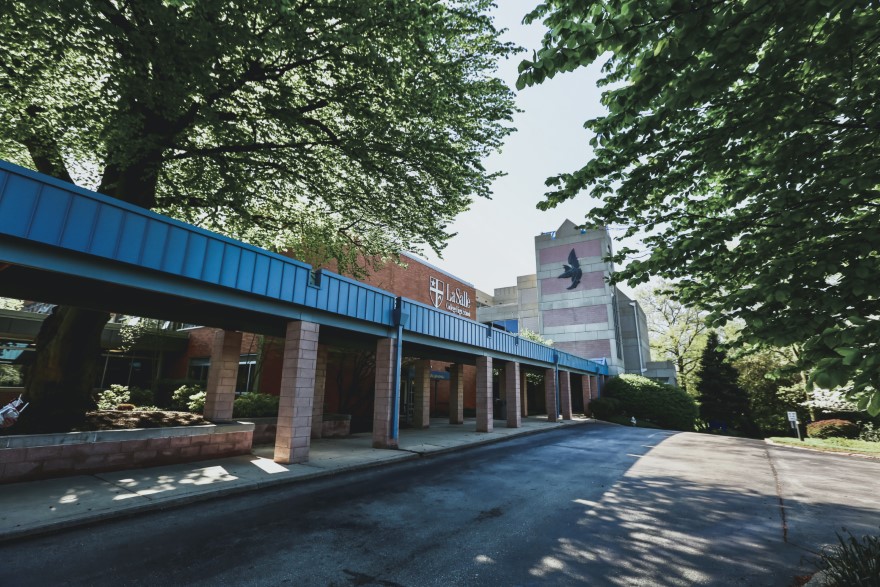 “In such a crucial time, when it was hard to live the school’s mission of ‘leaving to serve,’ we were excited to be able to put our idle equipment to work and serve in a digital way,” Keenan says.

Bonner adds he was glad to be wrong about putting the school’s unused desktop computers and servers to work.

“They proved it to me and we ran it 24/7 through the summer. We also installed [email protected] in all our computer labs,” he says.

While La Salle’s tech went to work fighting COVID-19, the school also sent 3D printers home with students who then used them to make brackets for protective face shields. During the summer, students also created and rolled out a multi-authentication platform to access the network while designing the elements for a $1.5 million network overhaul. 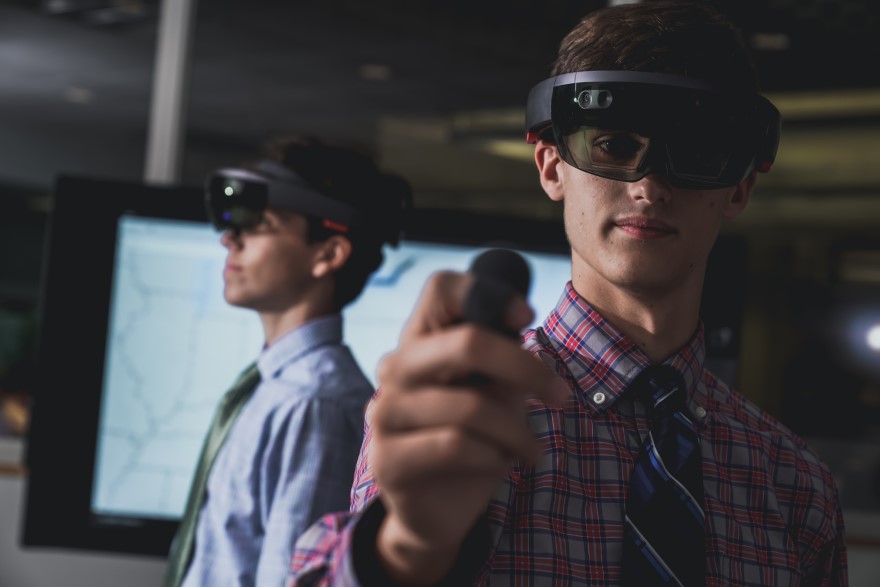 After students chose the needed hardware, Bonner pitched the plan to La Salle’s board and administration. The new access points and switches were installed by students over the Christmas holiday.

In 2021, La Salle is looking to create a business program focused on emerging technologies, including esports.

The esports team at the heart of the program will teach more than gaming mastery. Before the games begin, programmers need to write the codes that create the action. The games need to be compelling with plenty of visual stimulation.

Students will learn about the software and hardware needed to support the games. The gaming events also open doors to communication and journalism as students can cover the contests and stream the video content. 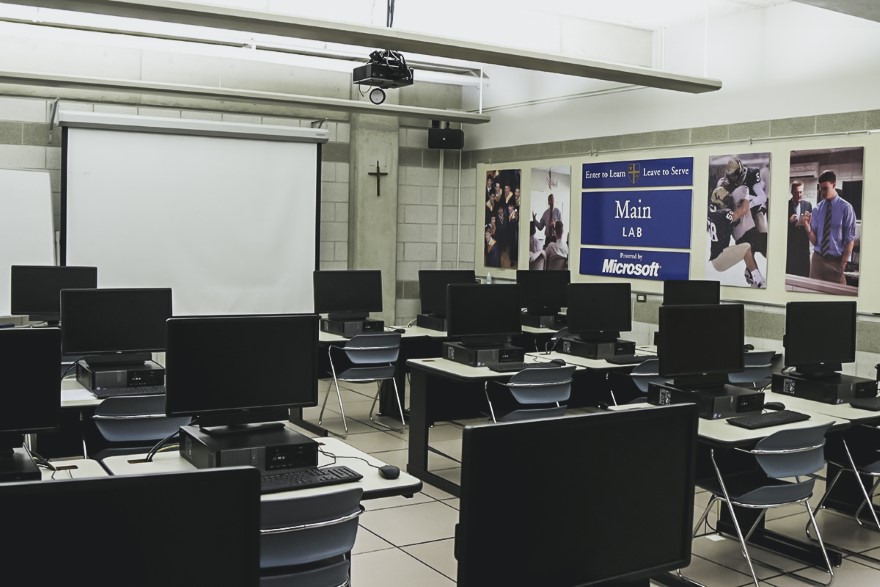 La Salle expects to hear in February 2021 about a $150,000 grant they’ve applied for to create the esports and business technology program.

“The technology program at La Salle prides itself in providing experiential learning environments for students to apply information, solve real world problems and collaborate with their peers using new and emerging technologies,” Schollin says. “The heart of our program has always been staying ahead of the curve. The grant will allow us to expand our current offerings while interweaving design, technology, business and communication.”

“This strategic approach brings me comfort, knowing that we have an entire team of professionals proactively and reactively working on our side,” Bonner says. 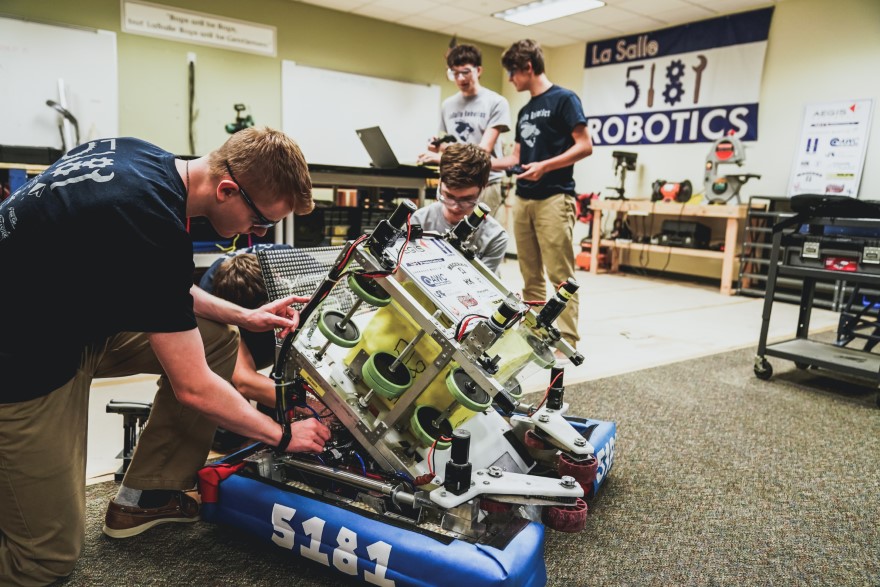 Michael Usavage, virtual CIO at IT Solutions, works closely with Bonner and La Salle and enjoys the relationship.

“Working with La Salle College High School and an IT leader like Braden has been a rewarding experience,” he says. “In order to keep the school at the forefront of technology, Braden and I meet regularly to plan and review their IT roadmap, audit their existing environment and discuss the latest trends and changes. It’s been a collaborative and fruitful partnership.”

A native of the Philadelphia area, Bonner was drawn to La Salle in part because his father was a student there. And when he read, in an alumni magazine, about Peter Sigmund teaching there, it made him want to attend La Salle, he says. 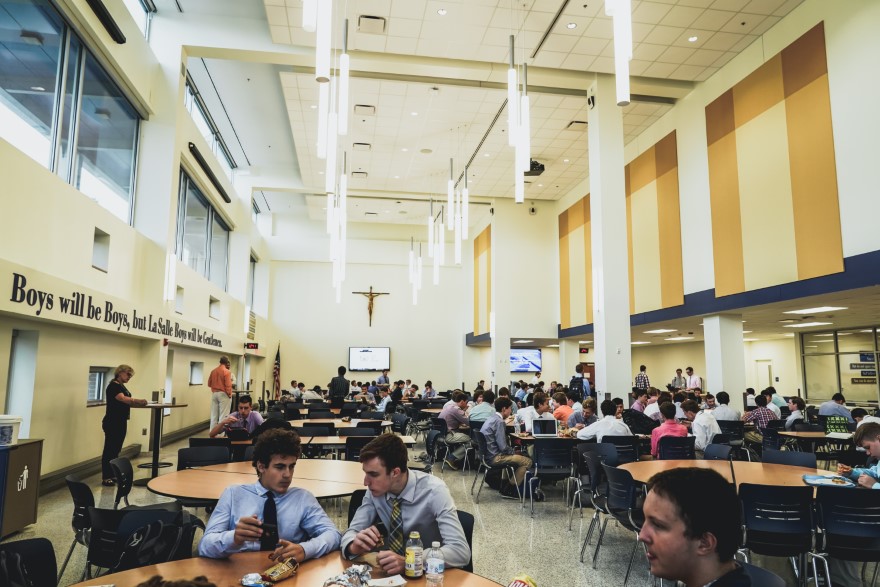 “I saw what the students were doing,” he recalls. “It was so exciting I fell in love.”

After entering the school in 2003, Bonner earned his way into deeper involvement with La Salle’s IT program. As he considered his college choices, Sigmund asked him to become La Salle’s network and website administrator.

So Bonner stayed in the Philadelphia area, save for a year of studying at Universidad de Salamanca in Spain, as he earned his bachelor’s in international business from Chestnut Hill College in 2011.

Upon graduating, Bonner was hired full time at La Salle. In 2014, he replaced Sigmund as director of technology and information systems as his mentor became La Salle’s CIO.

The immersion and trust afforded La Salle students does not just build college resumes, he adds, it builds career resumes in an industry where practical experience and boundless curiosity result in innovation.

“By bringing kids in and developing and earning trust, these guys own the network,” Bonner says. “This is their baby, their thing. We don’t just teach students—we work with them and trust in them to help guide the future of the school.” 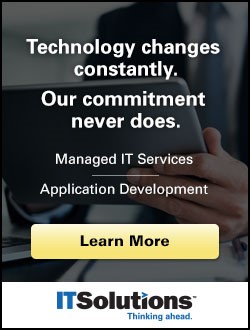 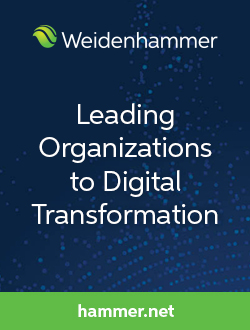