Bringing “IT” back home

When you grow up with parents like Bradley Hoover’s—a schoolteacher for a mom, a former marine and long-serving police officer for a dad—you just might develop a work ethic the size of Texas.

Hoover currently lives just 10 minutes from his childhood hometown of Dime Box, Texas. It’s a place he holds close to his heart, much like the 300-acre cattle farm where he raises over 100 animals.

“Having a background based on service and hard work allowed me to really enjoy my time as a student at Texas A&M,” he says. “It’s no wonder I got back here as soon as I could to serve the university.” 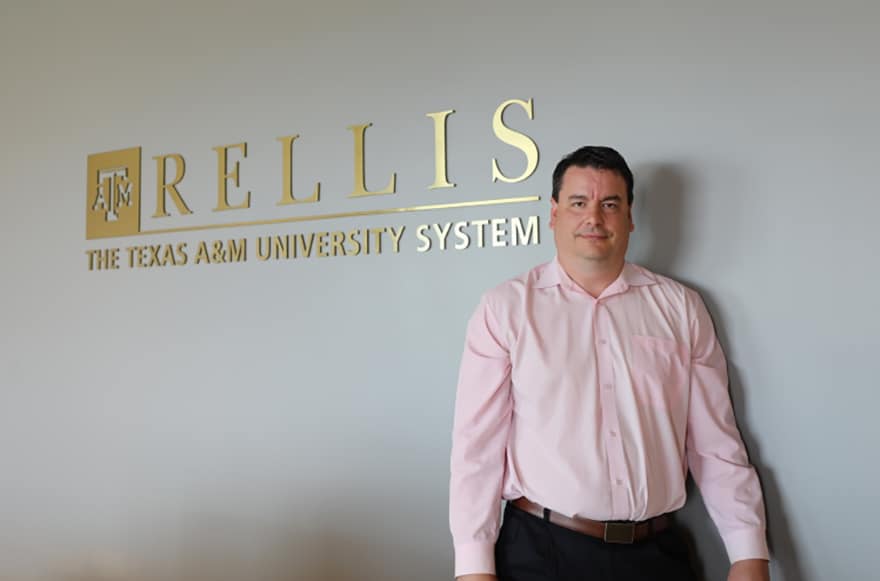 After graduating from TAMU in 1999 with a degree in computer science, Hoover spent three years working in the private sector before taking a job as a web administrator at his alma mater in 2002. Now, as the CIO for the Texas A&M University RELLIS Campus, he has found a new way to serve his beloved school: leading the campus’ transition to become a certified Smart City.

Located on a site once used to train World War II and Korean War pilots, The RELLIS Campus—which has had many names over the years—has long been defined by its mission to protect and serve. That hasn’t changed since the 2017 re-envisioning of the campus, which now serve fosters advanced research, technology development, testing and evaluation, higher education and hands-on career training.

With 2,300 acres and 40 buildings (making it the size of a small city) and links to eight State of Texas agencies and 11 Texas A&M University System campuses, RELLIS is “an engineer’s dream,” Hoover says.

For the past two years, he has overseen everything from 16 miles of conduit infrastructure to preparations for a private and commercial 5G network. As the overseer of a campus with 20 different IT organizations, he says it’s imperative that he not only understands their needs; but delivers on them—with the aim of creating more efficient teaching and research processes.

“What drives me is having an impact on the community where lives are saved and new technologies are made,” Hoover adds. “I’m passionate about enabling researchers to do their job for the benefit of humanity.”

Foremost on his long list of upgrades: partnering with ATT and Verizon to create a private and commercial 5G network for the entire 2,300-acre campus—which includes over 3,500 students, faculty and staff. Eleven regional campuses and eight state agencies will be part of the network, creating more reliable connectivity, faster download speeds (a big deal for students) and new possibilities for data-sharing. 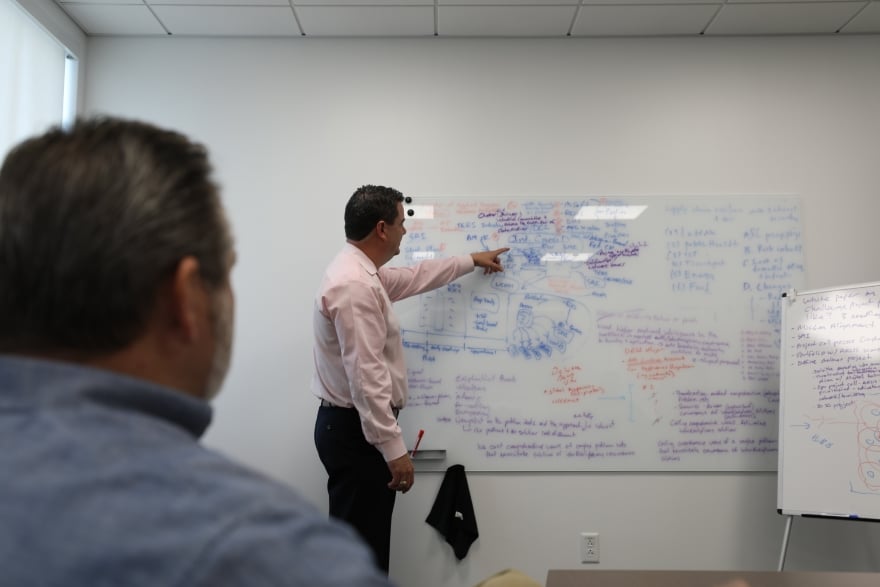 More exciting still, he says, the new network will help spur government-backed research in autonomous vehicles and military transportation. Hoover will oversee anything regarding testing on the campus’ 5G network—while also building and managing the campus’ cybersecurity network.

He is also leading the creation of a new IT core for the entire campus, standardizing its infrastructure across all departments.

More specifically, his goal is to help build a next-generation network and cybersecurity infrastructure that will be the foundation for the campus well into the future. This “IT core” will support the needs of students, researchers and industry partners for things as basic as plain old internet access to the latest software-defined networking technologies.

While a daunting endeavor, Hoover says he’s excited for the challenge.

“This is a rare opportunity to start from ground zero and rebuild everything the way it should be built without having to integrate outdated technology,” he says.

All in a day’s work

When he’s not improving the technology stack, Hoover spends much of his time collaborating with potential partners—including companies in the private sector—on new facilities for the campus, including a new private data center that has the capacity to grow to over 600,000 square feet and will serve as a place for students to learn about all of the aspects of running a data center.

His biggest challenge: managing building projects while simultaneously implementing new infrastructure. The goal, he says, is to make sure that no one is “stepping on each other’s toes.” For example: placing a building where a waterline needs to go. 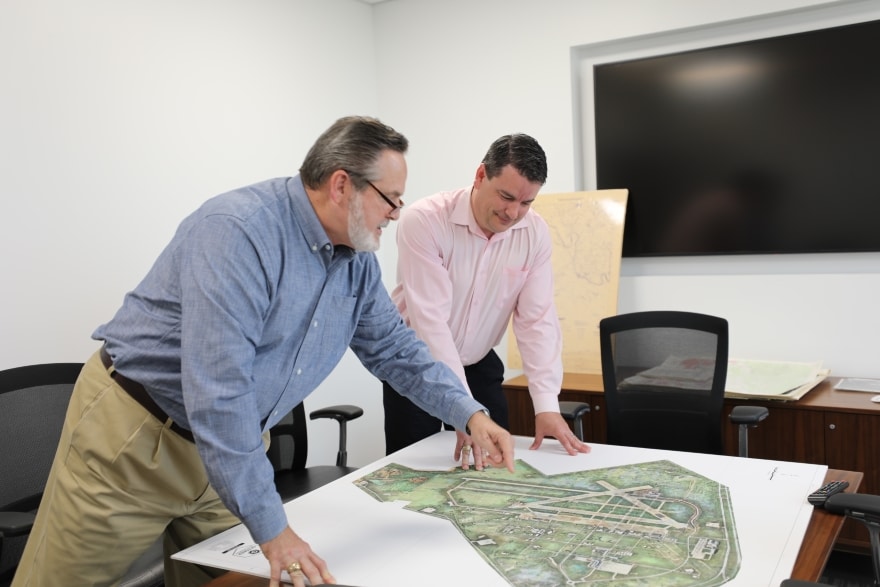 “It’s a balancing act to manage all these priorities while making sure that the campus’ assets are accessible to all members that want to use the different available facilities,” he notes.

A TAMU graduate, Hoover says that the skills and character traits he learned during his schooling have been indispensable. Not just professionally, but personally. After losing some very significant people in his life, he found a family at Texas A&M—one that gave him the strength to push through difficult times.

“If it wasn’t for the six core values I learned at A&M—respect, excellence, leadership, loyalty, integrity, selfless service [that stand for RELLIS]—I wouldn’t be where I am today,” he points out. “It’s a real family environment here.”

Looking ahead, Hoover has high hopes for the RELLIS Campus, believing it has the potential to rival Los Alamos, the research laboratory most notable for the birth of the atomic bomb. But, as with any ambitions, he knows there’s only one way to get there: a step at a time.

“The vision here is to provide a space for young people to learn about the latest technology, as well as give folks who wish to learn a trade the facilities to excel in their field,” Hoover explains. “It all starts with taking the research to the next level.” 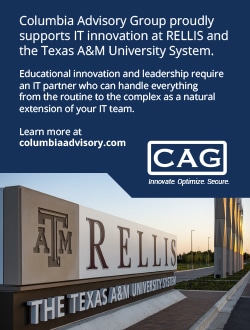 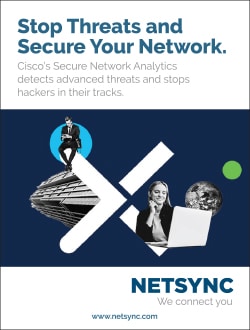