A work philosophy that works

Today Brian Boyce’s playbook is filled with references to the cloud, Canvas and Microsoft Power BI. But 30 years ago, he was pondering Plato and Archimedes, wondering what to do with his degree.

“All the philosophy factories were closed,” Boyce recalls of the months after his 1990 graduation from the University of Connecticut. He needed another way to earn a living—and fast. Applying the logic and rational thought he’d learned in his studies, Boyce wasted no time becoming certified in computer electronics at PCI, a choice that eventually led him back to the institute in teaching and leadership roles.

Not a blank Canvas

Occupying nine campuses in Connecticut and Massachusetts, the 70-plus year old institution offers certifications and diplomas in technology, trades, health care and cosmetology. Currently, Boyce and his team are jettisoning their open source learning management system, or LMS, in favor of Canvas.

According to Boyce, many LMS, including Blackboard and Moodle, have trouble scaling as more and more students and programs are added—unless someone “throws more hardware at it,” which he doesn’t recommend.

Every time an update was done on their previous system, it would crash for a day, immobilizing everyone, including the students who relied on it for their curriculum, calendar, notifications and more. Canvas’ uptime is 99.9 percent, Boyce notes, citing its built-in training aspect (no investment of time, resources and manpower training users) and inherent implementation of upgrades, along with 24/7 email and phone technical support.

Microsoft Power BI, a business intelligence product providing real time data, is also high on Boyce’s agenda. The goal is to obtain actionable data PCI can use to make faster and better decisions about admissions, financial aid and more.

Unlike relying on an Excel spreadsheet, which is static, administration will have the ability to see metrics, such as enrollment and retention, all in real time giving the institution an edge. Boyce uses the analogy of two artists: one working in marble and the other in clay. Power BI is the clay, he explains, offering immediate, comprehensive access to evolving information.

Still, there are challenges 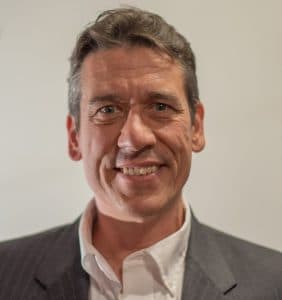 managing the network and infrastructure. YTI had internalized everything, but PCI’s technology of choice was, and still is, the cloud.

The effort to convert YTI took every bit of a year, with “cultural buy-in” an integral part of the process. Corporate constituents, vendors, student data, curricula, financials and more are the varied pieces of the puzzle that needed to fit, according to Boyce, who mandated the transition be seamless. And it wasn’t a moment too soon.

In September, 2019, YTI’s infrastructure was hit by ransomware, crashing all of its servers.

Eighty percent of YTI users were already using the cloud, so Boyce and his team directed the remaining users to their cloud resources. PCI paid nothing because of the overall conversion that had taken place earlier. “We’d wanted to keep YTI happy culturally, so we’d kept things the way they were down there—kept the servers on in Pennsylvania as a placebo—but we all had the cloud,” Boyce says. “We were covered.”

“It’s the expression on a student’s face,” Boyce explains of his passion for teaching—something he did as an entrée into his PCI career—and continues to do in the realm of administration and staff software training. “Everyone has different learning styles: they learn by seeing, they learn by hearing, they learn by doing. You have to teach to all of them. But you can see their eyes widen when they understand something for the first time.”

Boyce hasn’t forgotten his degree in philosophy, though many challenge its practical application. (One of his three dogs, a German Shepherd, is named for the late Roman Republic era statesman and philosopher Cato.)

He explains philosophy and science were interchangeable words to the ancients, though they are now perceived as disparate entities. Boyce maintains that philosophy translates strongly to business. A favorite college class, Symbolic Logic, which breaks down language into symbols in order to analyze it, more often than not provides a solid foundation for his work.

“Do I have true premises and a valid conclusion?” he asks, linking philosophy’s fundamentals to corporate governance, policies and procedures, accreditation processes and structure. “How does something make sense? Why does it make sense? It helps a lot in meetings and almost anything else.” 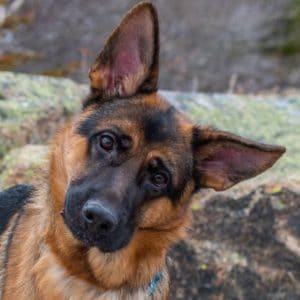 An avowed runner both in high school and as an adult (he says in college he was too busy “pontificating”), Boyce calls the pursuit an opportunity to “go out there and level-set my mind.” In fact he’s been running every day since Memorial Day, based on a “Runners World” challenge. The initial goal was July 4th, which he reset to Labor Day, but he has pushed himself beyond that and continues to rack up miles which vary from one per day all the way to 25 or 30 a week.

Bound for a Pokemon tournament in Atlantic City with son Aidan, 22— a process engineer who never outgrew a childhood affinity for the game—Boyce looked forward to some father-son bonding when he spoke to Toggle in September. With eight children ranging in age from 8 to 24, he covets alone time with each of them. He also recognizes the opportunity to run on the famed Atlantic City boardwalk.

“Wherever I run, I can do it at night if the moon is out,” he says in problem-solving mode, and in deference to the demands of his schedule. “I love solving problems. My job is to make life easier and more efficient for everyone.”