While it’s mostly about the product, the customer experience is important. A smoothie, protein bowl or salad is to be savored, not gulped, at Juice Press. It may taste even better with an agreeable soundtrack.

That’s just one of many amenities Brian Kozlowicz has refined as he nears his second anniversary as JP’s infotech director. 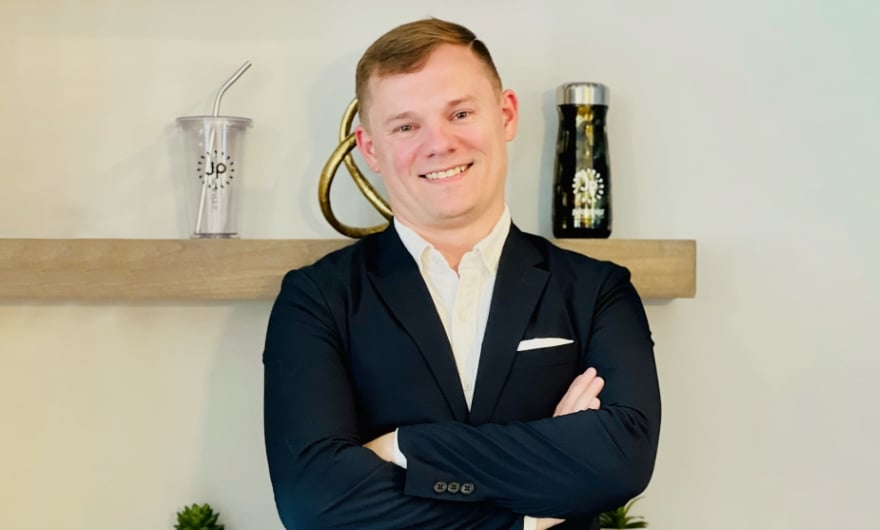 Upon visiting some outlets in late 2020, he observed how staffers would forget to turn off the amplifier at night, which would lead to higher utility bills and even complaints from abutting businesses. Since then, he’s implemented a timeframe music system called Cloud Cover that turns on the music 15 minutes before a store opens and off 20 minutes after closure.

“This way none of the employees even need to touch the amplifier,” Kozlowicz tells Toggle in August. “It’s also set to a certain volume. It’s up to a certain media device and the music just turns on and off by itself.”

He then introduced an app used on individual store tablets that allows employees to pause the music, control volume and create their own playlist of family-friendly top 40 songs for $25 a month—$10 less than the previous system. Those savings add up as JP expands south and west from its Northeast and mid-Atlantic stronghold.

“Music does create a crucial role for the customers as they wait for their orders,” he says. “And from an employee standpoint, it’s good to have it during down times.”

Kozlowicz himself has had little down time since joining JP after a two-year stretch in a similar capacity at Hale and Hearty Soups, another New York City-based chain. While he says he found nothing seriously wrong with JP’s systems, he did find them unnecessarily disparate. Too many features—digital menus, Wi-Fi, utility control and, of course, music—lacked easy control.

On top of that, the corporate office’s IT has been outsourced and for a company with just five executives, Kozlowicz saw it as a waste of resources. He’s assumed control of that too and says systems run smoother with the IT buck stopping with him.

Much credit goes to a couple vendors, including the Blanket app that gives Kozlowicz the means to manage all stores remotely. It’s a “one-stop shop,” he says, condensing what used to be separate accounts for in-store checklists, planograms and documentations, ticketing systems and a reward structure. 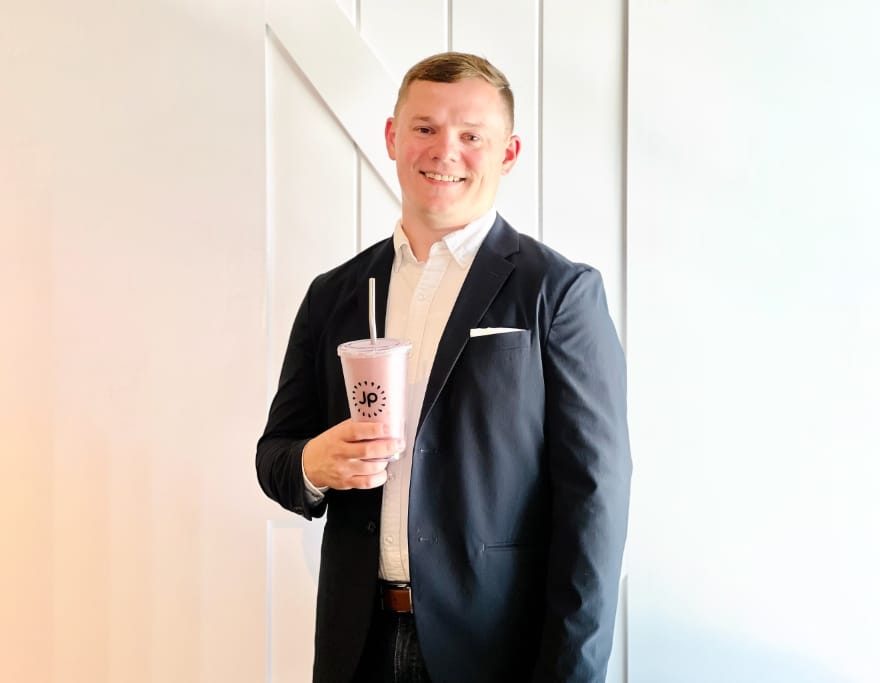 “I used to spend hours with them (the ‘net providers),” he says. “CrosStar has freed me up while it does the grunt work.”

It’s freed Kozlowicz up for, among other processes, safeguarding data by securing networks and regularly updating the spam filter.

“The risk is high in any industry and the key is to keep ahead of them (hackers) and have the tools in place to stop them,” he says. “Good communication goes a long way when it comes to being on guard against phishing.”

Until recently it was just Kozlowicz manning the systems, but he recently hired a technician with a cellular background to take over routine duties. This frees Kozlowicz up to build out the IT platforms for the company to access more customers and free employees from processes.

The employees much appreciate his initiative that consolidates such online programs as Uber Eats and DoorDash into JP’s point of sale, thus sparing them from looking at multiple tablets. The less they have to think about technology, the better, Kozlowicz says.

Kozlowicz came to JP at a critical time, stores reopening after having closed due to the COVID-19 pandemic. He visited as many as he could in and around New York City, spending a few hours in each and ensuring their systems were still operational.

“I come from a very virtual troubleshooting standpoint,” he says. “Most of my job can be done remotely and just knowing the equipment well enough. COVID really didn’t hinder my ability to troubleshoot remotely.”

JP’s now in cautious growth mode. The company solely operates around 40 stores with another 40 embedded at Equinox and other partners. While most stores are between New Jersey, Pennsylvania and Massachusetts, JP has planted western roots in Nevada and Washington and plans to continue expanding. Distribution has also expanded nationwide.

That may necessitate a larger IT department and Kozlowicz says he welcomes the heavier load. Though just 31, he’s already a seasoned tech boss, having honed his skills at two other food operations as well as at Walgreens and a New Jersey high school.

Kozlowicz joined JP after his second go-around at Hale and Hearty Soups, a two-year stretch where he ascended to NetSuite administrator and IT director. During his previous stint from 2016 to 2018, he was a support specialist.

“I like to stay with a company until the task becomes repetitive,” he says. “After two years, it was time to move on.”

As his second anniversary nears, Kozlowicz says nothing’s become repetitive and there’s so much to be done. It’s still a young company, JP only having been around since 2010, and its growth potential seems sound with so many people, especially the younger demographic, demanding healthy fare.

He’s already done much to streamline processes, cut costs and enhance customer experience. He’s able to apply skills learned from elsewhere, including his alma mater Paramus High School. As a student he operated, maintained and repaired audio visual tech and computer tech and a few years later returned as a computer technician. It was then that a boss showed him the benefits of aggregation, and he says its principles apply as JP grows. 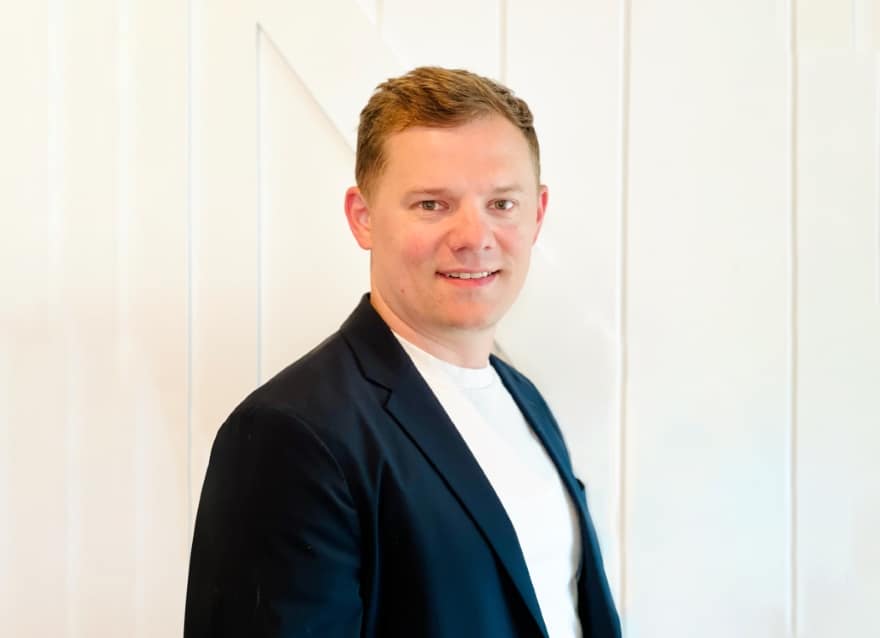 His own career seems to have grown as such since his days as a precocious youngster. Kozlowicz recalls his mother buying him an HP Pavilion desktop when he was a sixth grader, and how upset she was when his curiosity caused him to take it apart and put it back together. No harm done; the desktop worked just fine.

IT his calling, Kozlowicz graduated with a 4.0 in network administration at Dover Business College, and followed it with another 4.0 in business administration and computer engineering at Berkeley College.

Nowadays he lives with his family in northern New Jersey, commuting on the train and looking for IT inspiration anywhere. There may be an even younger Kozlowicz doing the same: His 3-year-old son who’s taken quite a liking to video games.

“He seems to enjoy technology as much as I did when I was that age,” Kozlowicz says. “Like me when I was young, he’s both mischievous and ambitious. Sometimes you have to be.” 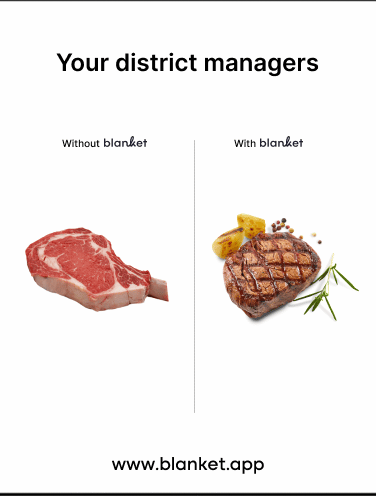