Becoming a public powerhouse in the renewables

The morning of March 26, 2018, was one that Brian Newgent will never forget.

For Brian Newgent, it started out the same as any other day: shutting off the alarm, eating breakfast and brushing his teeth. It also happened to be the day that his employer, Infrastructure and Energy Alternatives, became a billion-dollar, publicly-traded company.

Once known as White Construction, the company initially made a name for itself in trucking and excavation. Once transformed into IEA, it was being traded on Nasdaq. 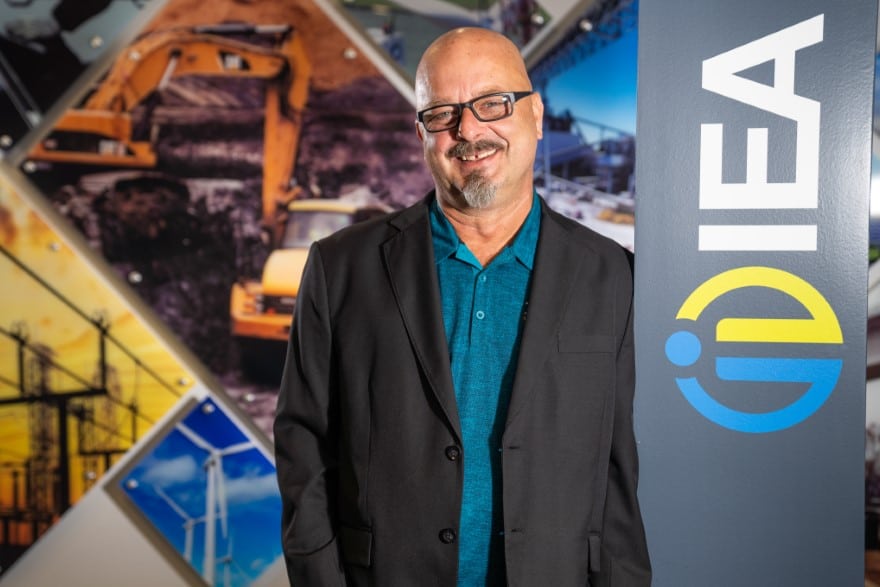 The company got there by entering into the renewables market—a move that enabled it to become a turnkey construction company throughout the U.S. and Canada by providing engineering, procurement and construction services in the renewable energy, power and civil infrastructure markets.

In reality, the transition to becoming a public company didn’t happen overnight.

When Newgent arrived at White Construction in 2008, his duties included overseeing the technological aspects of operations—things like end-user support management, network architecture and vendor relations.

Over the next 14 years, Newgent developed a scalable IT system to grow with the company, moving its core systems to Azure, implementing an MDM suite, and moving its ERP to the Azure cloud to enhance jobsite technology. He also implemented Cisco Meraki appliances across the network for cloud-based management.

In 2005, White Construction—a business that always handled civil projects, including work on roads and bridges that often cost nine figures—entered the next chapter of its evolution and growth: the renewable energy market. In addition to its specialties—including industrial power and heavy civil infrastructure projects, such highway construction and grading, the company began handling projects involving solar and wind, erecting more than 7,200 wind turbines generating more than 21 gigawatts over time.

In just six years, the business grew by 600 percent. That trajectory eventually caught the attention of IEA, which moved to acquire White Construction in 2011.

“We outgrew ourselves,” Newgent says. “Renewables took off.”

Following the acquisition, Newgent says it was time for IEA to move its operations to the cloud. Not only was that practical, he says, but it would expediate additional acquisitions pursued by the then-new CEO J.P. Roehm. 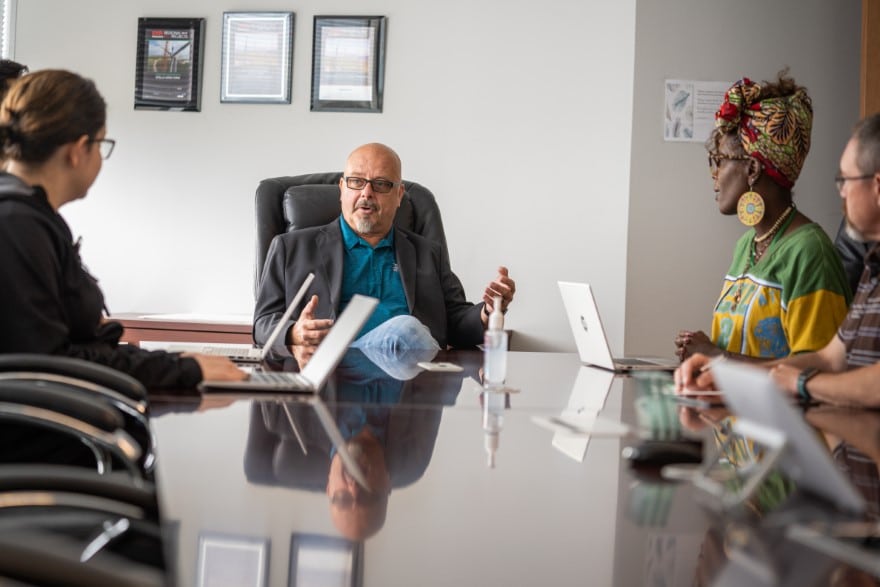 Now a publicly-traded company, IEA sought the expertise of PricewaterhouseCoopers, a specialist in technical accounting. On IEA’s behalf, it conducted auditing and tax analysis.

“The technology piece became challenging quicky,” Newgent says. “We knew we needed a seasoned partner for technical accounting purposes to stay in compliance. By establishing scalable technical systems years earlier, we were a couple of steps ahead of the game.”

While IEA had scalable systems and processes in place, integrating the systems of acquired companies proved to be quite the challenge.

As Newgent explains, once IEA acquires new companies, it’s his job to assimilate the latter’s architecture as quickly—and seamlessly—as possible. Instinctively, he says, he invested heavily in cybersecurity infrastructure and educational training.

“It was a matter of shifting paradigms,” Newgent says. “It meant changing the security culture for all IEA companies.”

Another challenge inherent to acquiring a new company, he says, is adapting each organization’s systems to IEA’s cloud-based environment. He notes many were accustomed to big rooms packed with servers, stuck in the hardware life-cycle abyss.

“It was harder than going public,” Newgent says. “But we got through it. Our mantra was ‘one group, one vision.’”

Becoming a $2 billion business overnight, through the IPO, would’ve been impossible, Newgent says, without the help of its two vendors: CDW Corporation and brightfin.

“We leaned on these relationships heavily,” Newgent says. 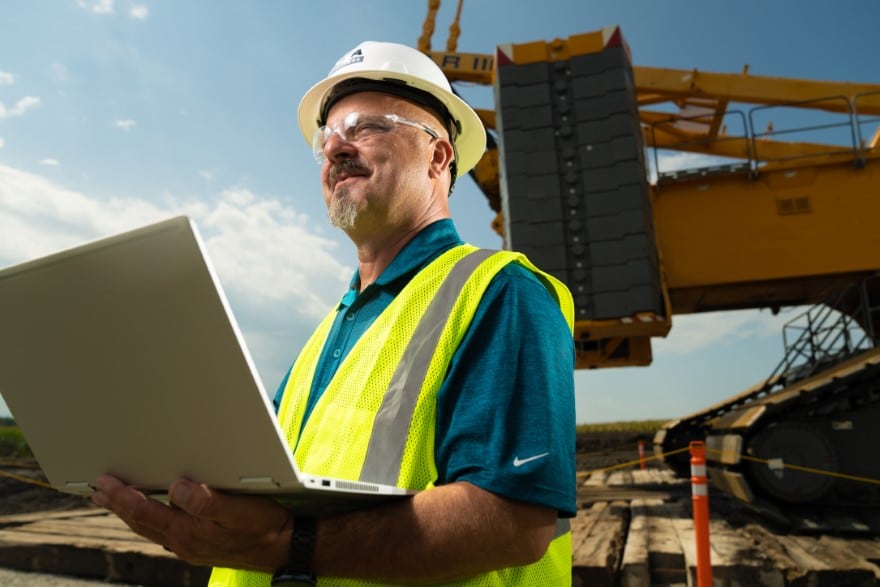 CDW, a Fortune 500 company and long-time partner, aided IEA with its journey to the cloud, as well as disaster recovery projects, Microsoft licensing and supply chain issues—such as getting devices like iPads and 600 laptops from HP during COVID-19 to support nearly 5,000 employees in the field.

For Newgent, the feeling is more than mutual.

“With CDW, we didn’t miss a beat,” Newgent says. “The relationship was good partnership. Our goals quickly became their goals.”

Meanwhile, working with brightfin helped IEA save more than $490,000 on mobile devices in less than two years.

“We’re all about helping IT teams get recognized as the heroes they are,” brightfin CEO Ed Roshitsh says. “The money we saved them enabled IEA to reinvest those dollars into strategies to help the company grow.”

Newgent says what prepared him best for his current role was his ability to quickly pivot and evolve.

“I’m wired differently than most humans and I refuse to fail at anything,” Newgent says.

Fostering his love of technology for 13 years, he worked in technology at law firms, start-ups, alternative high schools and marketing companies. Joining White Construction in 2008, he was promoted to director of IT in 2012, before the company was acquired by IEA. He was promoted to his current role at IEA in 2020.

Outside of the office, Newgent enjoys his involvement in charities for children, mentoring at-risk kids and spending time with his two granddaughters. Working with at-risk kids in a prior post, he learned important life lessons. 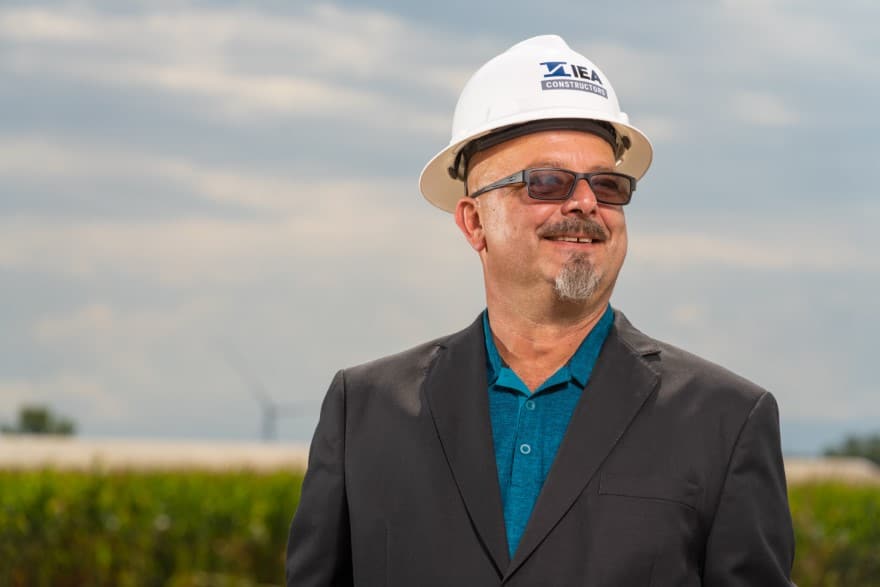 “You learn to check your ego at the door. The kids ground you,” Newgent says.

Newgent extends that same spirit of mentorship to his 25 team members. One successful example is the development of his senior director of security, Dustin Bush, who came to him years ago with little experience.

Together, the group now handles the demands of technology behind any installation—be it monitoring hundreds of miles of wind farms, or compiling data from a $150 million solar panel project. In the next 18 months his team will overhaul its project management platform for its jobsites and start implementing a human resource information system upgrade, with self-service options for employees, including benefit enrollment, time-off requests and performance reviews.

“The growth of my people is what’s most important,” Newgent says. “We weather any storms because we think collectively. Our strength is the sum of our parts.”

As a master of IT, he certainly would know. 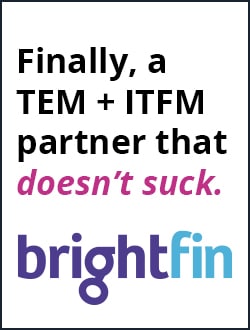 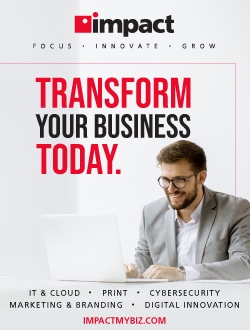