Beam me up, Southern State

Most university leaders pride themselves on having a diverse student body, but how many schools can count robots in their enrollment?

Southern State Community College in Hillsboro, Ohio, can. In fact, it has three.

Designed by Suitable Technologies, these Beam telepresence robots allow students, professors and other faculty members to roam the campus grounds, take part in meetings, attend classes or even teach—whether they are located on the other side of town or the other side of the world. 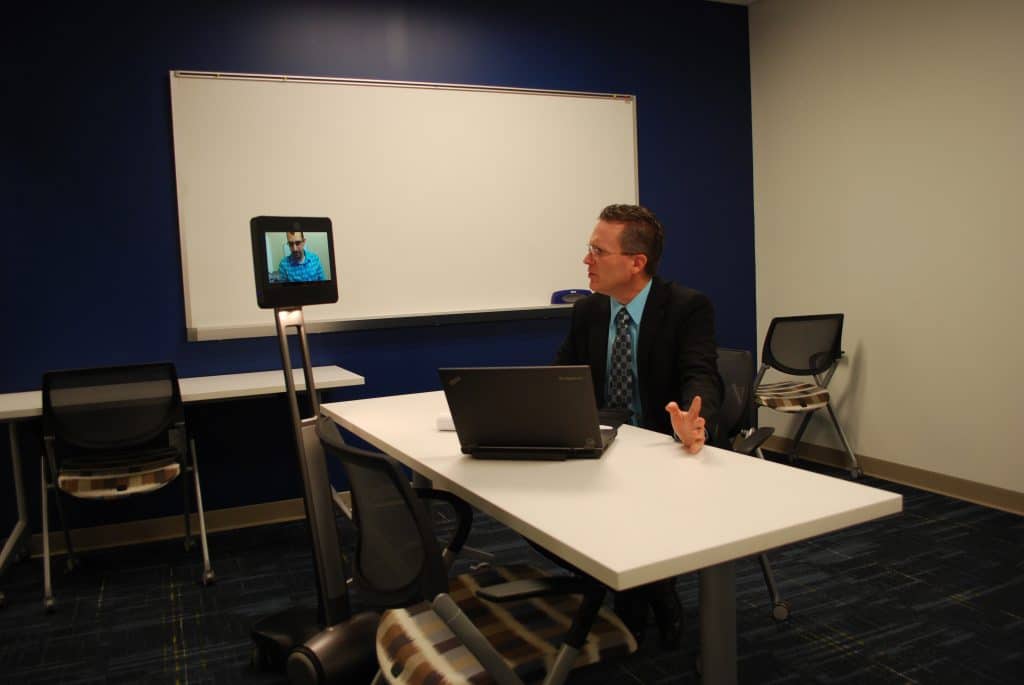 All that’s needed to operate these robots—which look like a hybrid of an iPad and a Segway—is a microphone and camera-equipped device, a free plug-in or application and an internet connection, says Chief Information Officer Brian Rice.

“It’s impressive how well you can see and hear things,” he adds, explaining that the user’s face also appears on the robot’s screen during use. “It really feels like you’re in the room.”

As a community college, Southern State finds this technology especially useful because every student—from high school seniors taking classes for college credit to senior citizens—is a commuter at the four-campus school.

One student used it when she had to visit a family member in the hospital for a week and still wanted to attend her classes. Another student, taking nursing courses, used it to avoid missing a crucial meeting while traveling in Arizona. An instructor used it to give a lecture when she couldn’t make it to class. 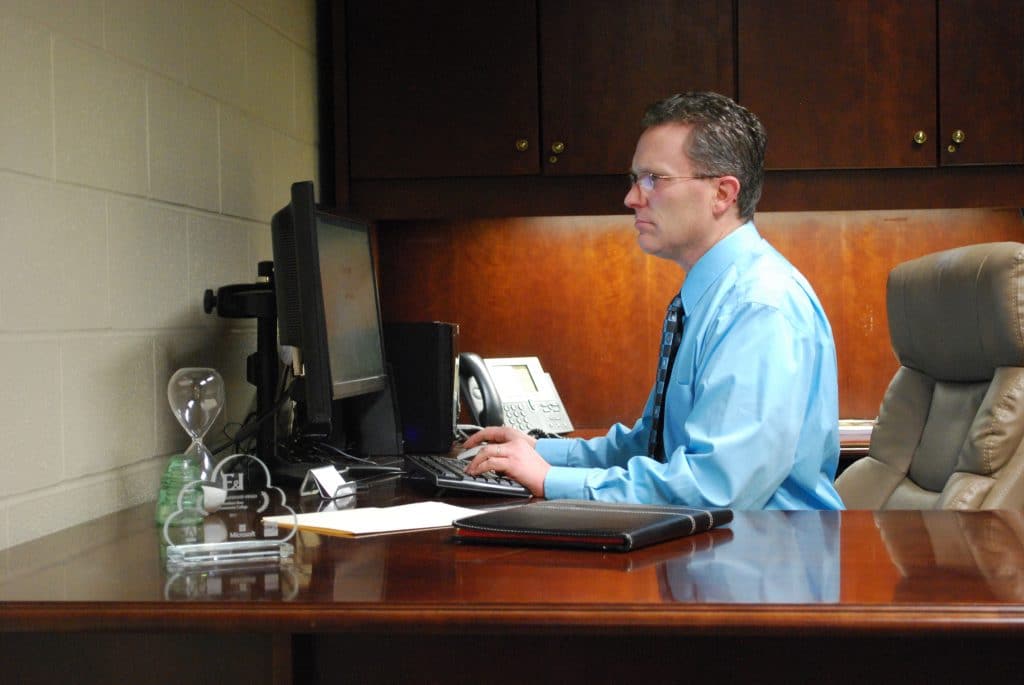 Rice says an executive from the Department of Education, who wanted to have a more engaging interaction, even took one for a spin in lieu of calling in for a teleconference at Southern State’s campus.

Afterward, the executive excitedly told his co-workers that he visited Southern State Community College but never left his desk.

“He connected, immediately started driving and commented at how easy it was,” Rice adds, explaining that users can control the robots using the directional pads on a keyboard or their fingers on a touchscreen.

“Students that play video games a lot have no problem maneuvering it,” he reports.

Although a few other schools have utilized this technology for certain students—for instance, an enrollee with a disability that would prevent him or her from easily commuting—Southern State’s three robots are open to everyone.

The popularity of this telepresence technology is slowly increasing, Rice says, but the demand hasn’t been overwhelming yet.

To coordinate use of the robots, the IT department developed a scheduling system. Once the user-to-be fills out a form and watches a brief instructional video, the department and campus library receive an email, and a librarian will reply with a username and password. 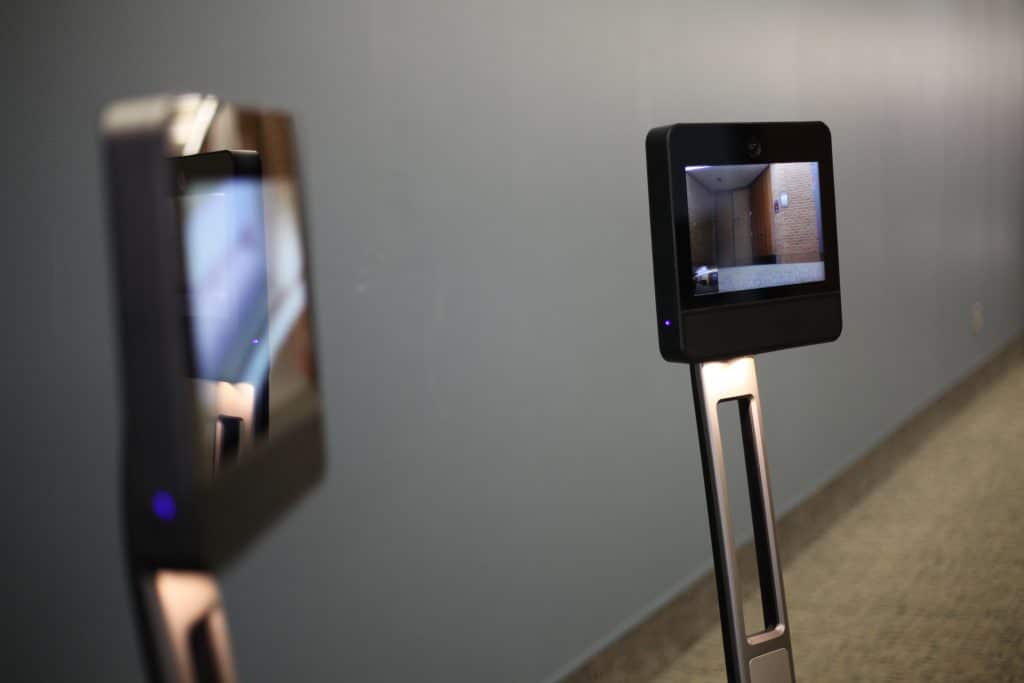 The user is then free to roam anywhere, and it’s not uncommon to see a bot or two cruising down the hallways on any given day. In fact, Rice has not only used one to attend a meeting, he was once surprised to see one roll into a conference he was in, unannounced.

“It’s been really interesting to just turn it out there and let everyone decide how they want to use it,” he says. “We’re not controlling anything about it here; you control the entire thing from your location.”

The $2,000 robots are plenty sturdy, Rice adds, and can tackle a variety of terrains, but they’re not indestructible. They still have some natural enemies and limitations, like a two-hour battery life, Wi-Fi availability and stairs.

As this technology improves over time, a burning question emerges: How long do we have before the robots become sentient and turn on their human masters?

“Probably about 10 years,” Rice jokes with a laugh.

Take me to your leader

Earlier this year, Southern State was given a leadership award for cloud innovation from E & I Cooperative Services and its affiliate partners Adobe, Cisco, Microsoft Azure and CDW-G. Rice says he mostly attributes the win to the Beam telepresence project, but this isn’t the only exciting innovation taking place on campus.

The IT department recently debuted a mobile version of the school’s website, which is hosted by a platform called e2s (short for Engage2Serve), that allows the team to easily customize content within the app. 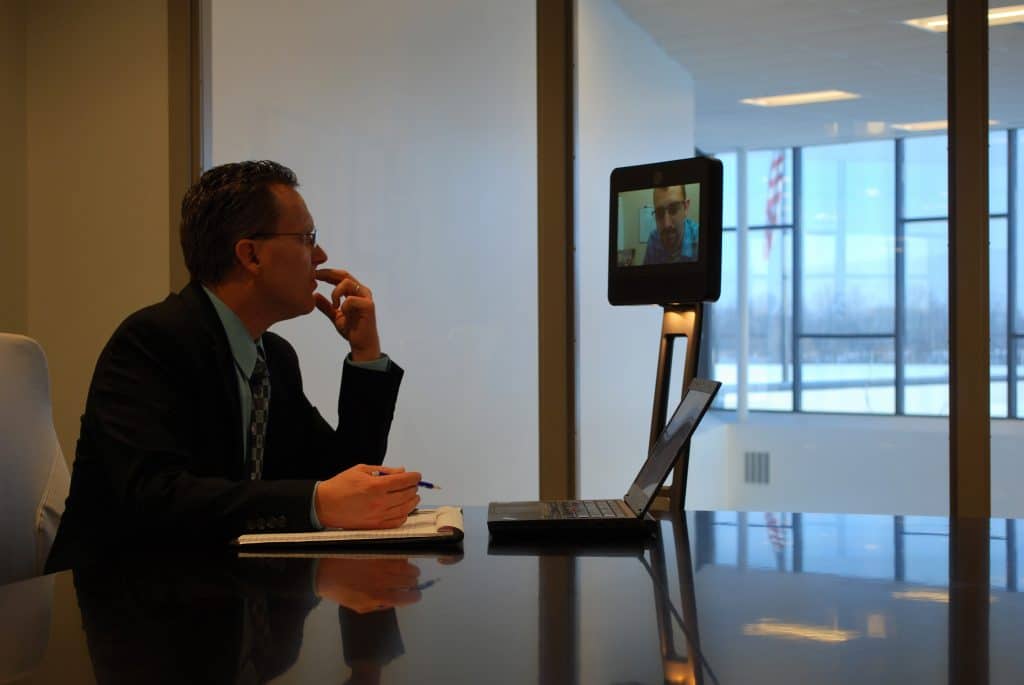 The webmaster simply dumps any new page’s URL—even from a third-party website—into the “e2s Mobile” interface, gives it an icon, and is instantly able to access a mobile-friendly page from the app.

Although Southern State didn’t ultimately opt for the “Mobile+” version, that platform places a number of additional service and engagement tools at the fingertips of students—such as an online service desk and automated polls, as well as a calendar for events, appointments and class schedules. It also offers a staff portal with student engagement analytics and a detailed view of each student’s progress, engagement status and communication history.

Rice says his team is focused on moving even more services to the cloud, including the human resources department and the student ID badge system. Changing the learning management system from Blackboard Learn to Instructure’s Canvas—a popular move these days—is also on the horizon. It is also introducing a Cisco Umbrella cloud security platform to help protect users, across all locations, deal earlier with real-time phishing and malware threats, and address infected devices to prevent data exfiltration.

As the importance of having an active CIO becomes increasingly acknowledged by business executives and leaders of education, Rice is getting more opportunities to call the shots.

“Obviously, I don’t do this all on my own,” he emphasizes, citing his staff of 10. I have a really good team of people who help me.”

“I’m only successful because of the people who work for me,” he adds, saying he considers himself to be “very, very lucky” to have the position.

Of course, Rice only has about 10 years until a robot rolls into his office and takes his job.