Brice Bible – The University at Buffalo

There’s a lot happening by the shores of Lake Erie in western New York, and Brice Bible loves being in the thick of it.

For nearly a decade, the city of Buffalo has been enjoying an economic resurgence, Bible says, changing from a Rust Belt manufacturing center to a high-tech hub as both state and private investment dollars have poured in. 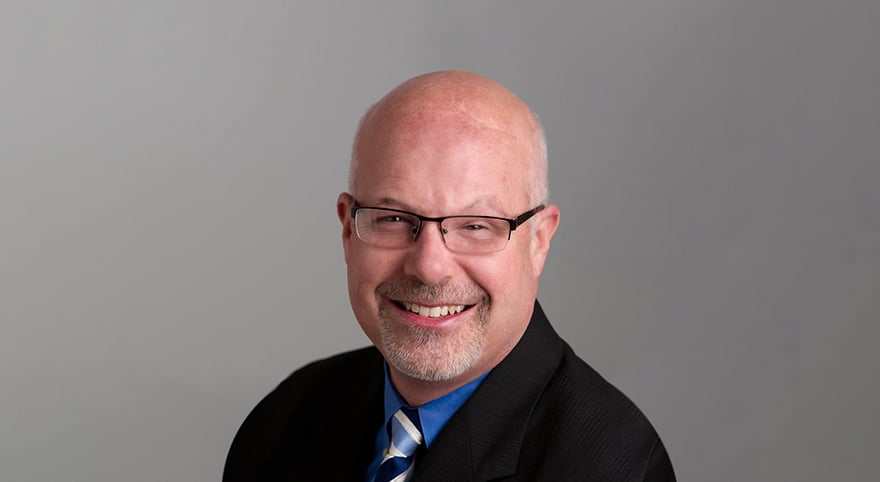 The University at Buffalo is at the center of the city’s resurgence, and as vice president and CIO, he’s shaping the technology to boost research while also making sure students make the best use of it.

“I think the University at Buffalo is an emerging gem in the research world,” Bible says. “The engines are running and the growth is phenomenal. I’m a little biased, but it’s exciting to be here.”

Founded in 1846 as a private medical college, the University at Buffalo joined the State University of New York system in 1962. With an enrollment of nearly 32,000 students, 10,000 of them grad students, it offers more than 140 undergraduate programs as well as more than 220 master’s programs and almost 100 doctoral programs.

In 2020, the higher education research company Quacquarelli Symonds ranked the University at Buffalo 46th among U.S. colleges and universities, 16th among public institutions and sixth among New York State schools. 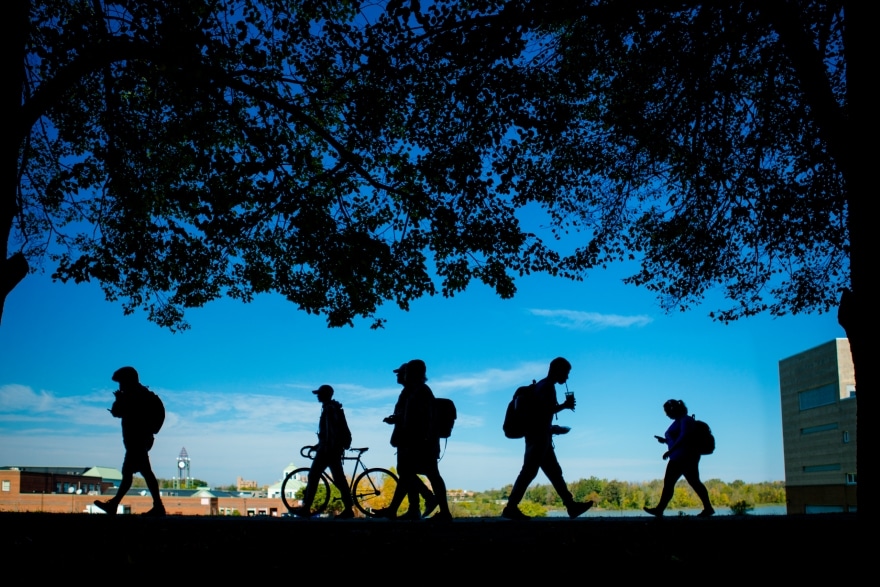 Bible says the university hopes to rank in the top 25 in the U.S. for its research programs and facilities. Its annual research expenditures are $400 million, and in 2020 it was awarded $21.7 million from the National Institutes of Health to train faculty leading research endeavors, according to a university press release.

The commitment to making the University at Buffalo a research hub drew him there in 2013, he says.

“I’ve been on the research side in past institutions, and I want to be a partner in helping faculty and students accomplish great visions,” Bible says. “It’s not all about IT, but they’ll be so much more successful if we facilitate and provide a healthy tech environment.”

He says a secure, reliable and redundant network has been essential to research at the university, and that it was also the foundation for remote learning when COVID-19 closed the campus in March 2020. When Bible spoke to Toggle in late March, in-class learning had resumed to an extent, with 60 percent of the learning still remote.

He and his staff opened a second virtual private network with an Edge firewall and Cisco platform. It links to the virtual desktop infrastructure so students can access university content with their own devices—and avoid buying the expensive software they’d otherwise need.

Bible worked with Dell and Lenovo to provide 350 laptops to loan to students. The two companies also provided Wi-Fi hotspots for connectivity, and the university continues to offer them.

“We could not have done this without Dell and Lenovo really stepping up,” he says. 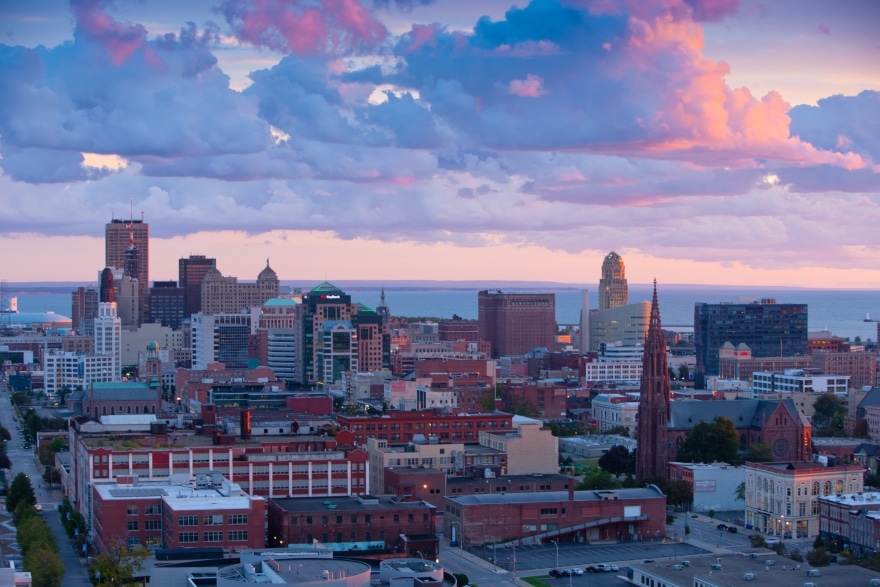 In 2021, Bible and his team are also emphasizing digital literacy, beginning with voluntary, one-hour virtual sessions, created to help students take full advantage of the technology the University at Buffalo offers.

“We needed to turn it up a notch. We’re not there yet; we may always chase it because it grows and changes,” he says. However, he and Vice Provost for University Libraries Evviva Weinraub are collaborating on the effort to ensure students know how to use their computers for Zoom meetings, PowerPoint presentations, video editing and properly conducting research.

Bible would like to see that taken a step further. It’s his opinion that the university should require an introduction to information science course. Proper use also requires equitable access, he adds.

“As an IT leader, my job is to make sure there’s a level playing field for the students,” he says, “but let’s bring everybody up to full access to the technology and content they need to be successful.”

Though excited by the city’s resurgence and the university’s role in it, Bible jokes he can’t say he’s from Buffalo because he’s only been in the city for seven years.

Born and raised outside Chattanooga, Tennessee, he was studying mechanical engineering at Tennessee Technological University in the early stages of the digital age.

Working with punch cards and a Burroughs mainframe turned out to be enjoyable, he recalls. After graduating in 1985, he used his senior thesis to help a power plant in Texas begin automating processes.

From that point on, using technology to improve operations “became a theme in my career,” Bible says. The theme also led him back to school—he earned his MBA in business systems at the University of Tennessee at Chattanooga in 2002. 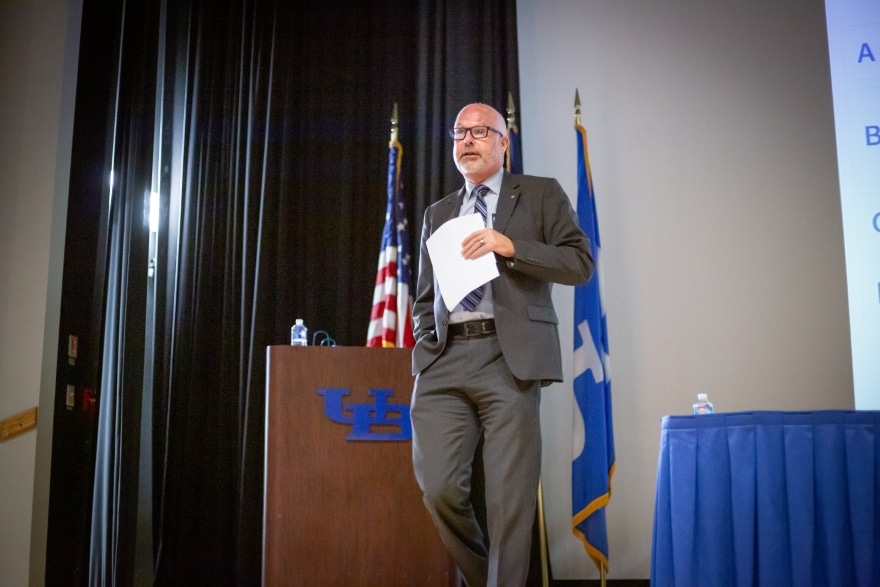 He stayed in academia after earning his MBA, and became CIO for the University of Tennessee System in 2003 while serving as interim CIO at UT’s Knoxville campus.

In 2007, Bible moved to Athens to become Ohio University’s CIO. And while Buffalo may never be compared to any town or city named Athens, the opportunity to guide tech at a university expanding its research was not to be passed up. So, in 2013, he took on his current role with the University at Buffalo.

“It’s so nice to be at a university that is on a growth path,” Bible says. “I think the University at Buffalo is an emerging gem in the research world. It’s going to be interesting and exciting with a great swagger, and it’s so exciting to be part of it.”