Improving Hawaiian education during COVID-19 is as easy as PIE

In 2017, when Brook Conner came to work at the Hawaii State Department of Education, he knew his work was cut out for him. A major tipoff was that the department was using antiquated Lotus Notes, in some cases on SunOS—an operating system replaced in the ‘90s. 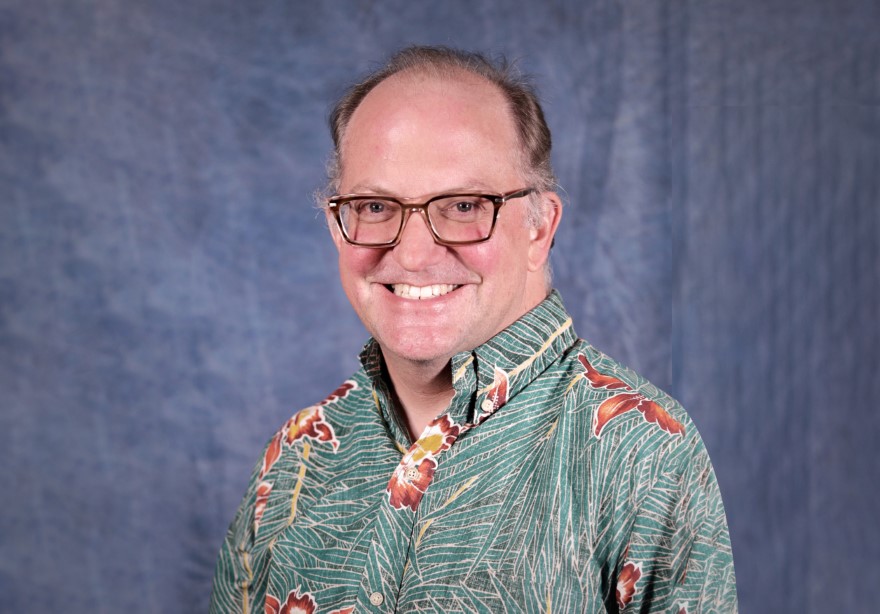 Soon, he had filled a white board with dozens of ideas for technological upgrades, like modernizing the accounting system and automating account creation.

His plan? Roll out these changes to 180,000 students in 256 schools using a philosophy called PIE—short for Playground for the Instructional Enterprise. That approach, he hoped, would bring equal opportunity to the eight islands where students lived and learned.

Three years later, during the COVID-19 pandemic, Conner, the CIO and assistant superintendent of the office of information technology, says the upgrades have been essential to remote learning, in addition to improving the overall educational experience.

“My progression through various industries wasn’t typical, but allowed me to offer Hawaii a fresh perspective,” he says. “With technology, there’s many points of entry to craft a solution.”

Coming to Honolulu, Conner says his priority was to “make sense of it all,” in addition to developing a five-year plan.

First, that entailed identifying problems: determining what manual systems needed to be digitized, what existing platforms needed upgrades, and which antiquated tech needed to go. Some legacy systems, like the accounting system, had been in place for decades, its implementers long since retired. Others, like HR, had multiple manual and daily processes to perform basic functions like payroll. 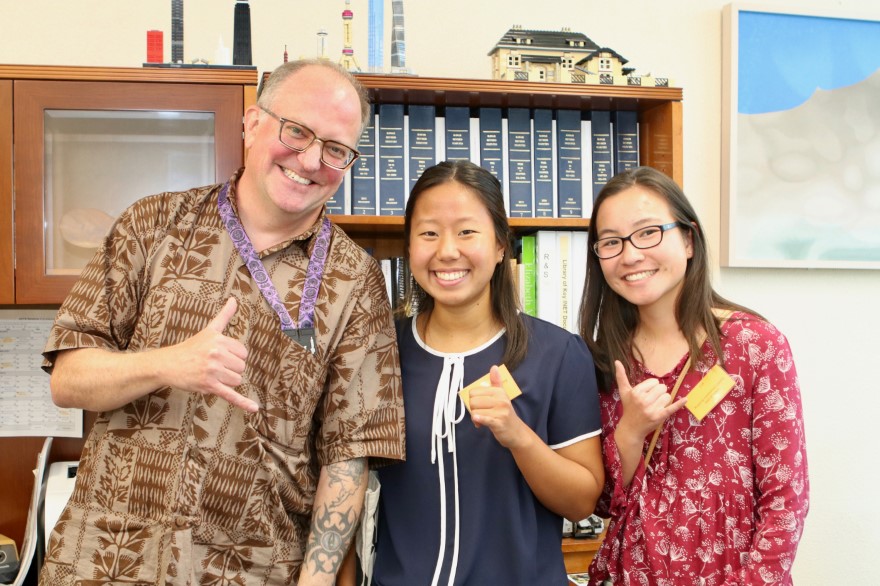 Another major challenge: Not all schools were created equally. For instance, while most connected to the internet via fiber, the geography of the islands meant some schools had to use microwaves. What’s more, Conner says, problems may need to be solved with very different skill sets, depending on what was in place at that specific location.

“We set up criteria and then devised a rational way to alter, replace, modernize or add to our program within the funding available,” he notes.

In particular, Conner is proud of the transition from Lotus Notes for email and to Google for education. The team automated Google account creation for both employees and students, leading to an environment with approximately a quarter-million accounts. Employee email, in some cases dating back decades, was moved to the new environment at a rate of a thousand employees per day over a single month, moving two terabytes of data. 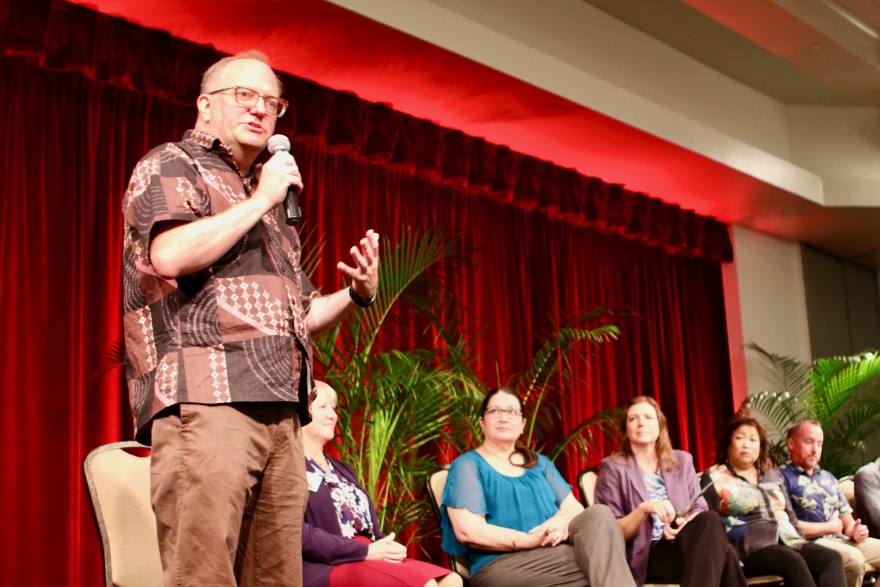 With each rollout, he relied on the PIE methodology to make complex ideas accessible to “non-technologists.” As he explained, there are 30 different technological areas that support a major organization under this model and four different layers in education: the classroom, the school, the software and the systems needed to manage a multibillion-dollar organization—and highlighting philosophy to drive it all.

“Identity management, cybersecurity, help desks and safety systems all play into the process,” he says. “It’s a simple, but adaptable, framework.”

While Conner had envisioned a digital transformation toward online education as part of a strategic multi-year plan, when March 18, 2020 arrived, applications to switch to remote operations had to unfold in a matter of days.

“We enabled WebEx for every employee on different islands immediately,” he says. “Fortunately, when we began distance learning the mechanisms were in place to do it.”

Google—with its broad range of applications—is playing its part in Hawaiian education. Google Classrooms are automatically created from enrollment data and students can do schoolwork on a variety of devices, both personal and those purchased by the schools. In one day, Conner moved everyone to remote learning and remote work with full tech support. 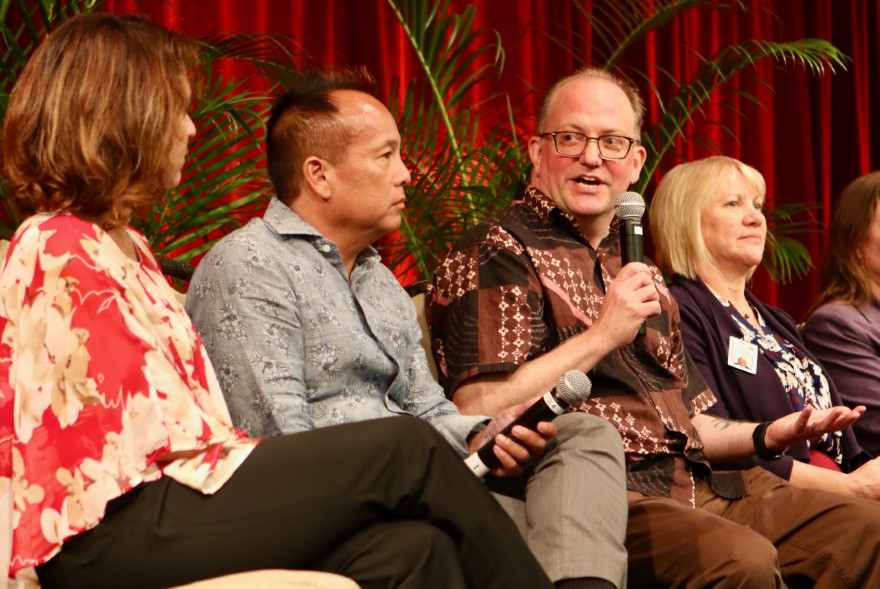 Conner also solved initial challenges that ranged from taking attendance remotely to adapting staff to new ways of teaching and getting devices to students. When his order for 15,000 Chromebooks evaporated overnight, bought out by mainland schools, he went to Plan B. Instead of Chromebooks, iPads with keyboards were purchased and configured with Google applications to replicate much of the Chromebook experience.

“It’s been challenging to work through, but we kept working on the framework formed by PIE to develop an agile, cloud-based solution,” Conner says. “We made it through.”

One of the reasons why this Washington, D.C., native and artist is successful, he says, is his ability to creatively problem-solve.

Equipped with a master’s degree in computer science from Brown University in 1996, Conner immersed himself in projects like heading up a research consortium at Brown and serving as a manager of new technology assessment at Sony, both in the late 1990s.

In the past 20 years, he’s also been an adjunct professor at New York University, a senior technical manager at Bloomberg LP, an executive director at Morgan Stanley, and a CISO and vice president in security at Estée Lauder Companies, a Fortune 500 cosmetics company. Most recently, he became an advisory board member at the Pacific Center for Advanced Technology Training.

“Oddly enough, working at a luxury makeup company helped immensely,” Conner says. “The company owns more than 30 different brands, with every brand doing its own thing selling in countries around the world.” 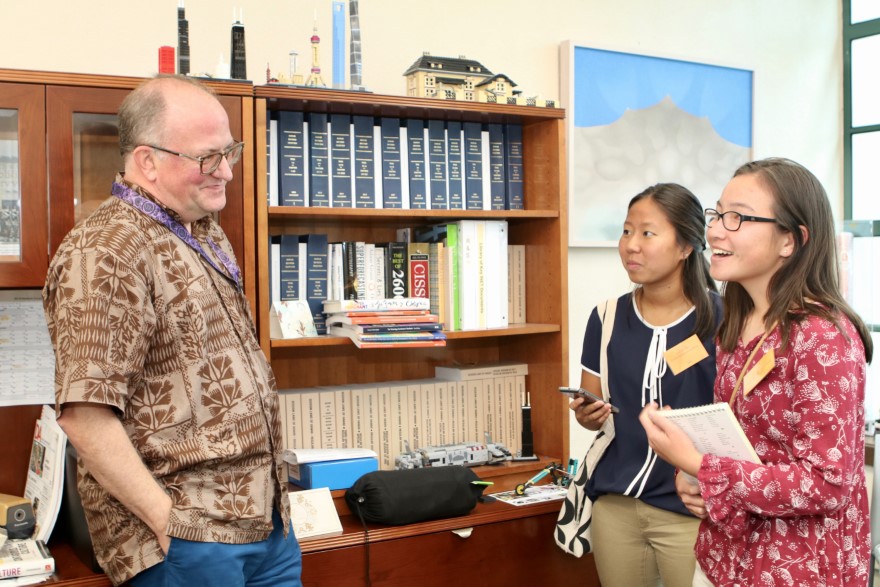 HIDOE is not global, of course, but it’s roughly the same size as ELC, he notes. And like ELC, HIDOE has hundreds of subsidiaries—schools in this case—all doing the same thing but having specific community needs.

It’s important to be mindful of those specific needs as each school varies from island to island, he says, because a “well-functioning education is important to a well-functioning democracy.” He’s easily warmed with a sense of pride when even his first-grade daughter recognizes his efforts.

“She knows her dad is making her education not just possible, but exciting,” Conner says. “Every time she opens her school laptop and sees the department’s logo, she knows dad made that happen, not just for her, but for all her friends and for every kid in the state.” 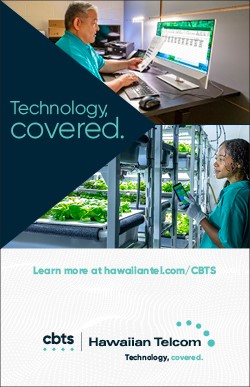