The importance of security goes almost without saying, especially in the financial industry. Whether you’re Bank of America or Citibank, or a local bank in small-town Kentucky, securing the wealth—of information, that is—is as necessary as protecting every customer’s money. 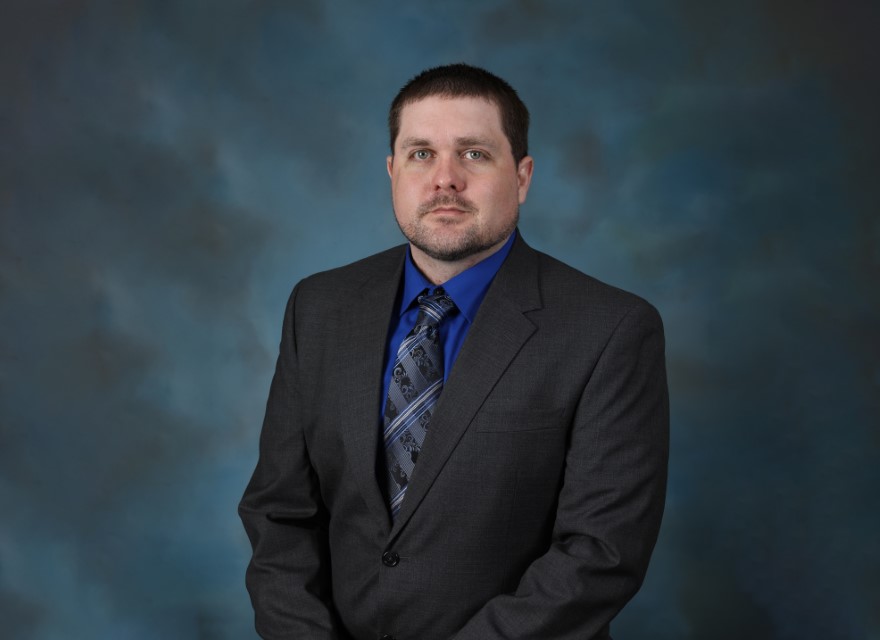 Bruce McClure has spent his career protecting people’s assets and continues to do so as the chief technology officer for Planters Bank in Hopkinsville, Kentucky.

When McClure, a native of Marion, Kentucky, came to Planters seven years ago, the bank was in good shape financially and its long-term prospects weren’t questioned—not with $750 million in assets. Its information security, on the other hand, needed revamping, and that’s what McClure and his team of five have done for the last seven years.

By overhauling mission-critical infrastructure, implementing a new disaster recovery protocol and developing a cloud computing and virtualization platform, McClure and his team have kicked down every door to ensure the company’s technological relevance.

“Ultimately, what we’re aiming for is a full digital transformation,” McClure tells Toggle in July. “That means we’re automating everything and eliminating inputs as much as possible.”

A recent graduate of Purdue University with a bachelor’s degree in information technology and a master’s in cybersecurity, McClure’s philosophy is straightforward: “Keep things simple and focus on the basics,” as he sums it up.

The basics include keeping people—his five IT staffers and other bank employees—trained in security awareness, watching for suspicious emails and making sure non-IT staffers are comfortable talking about security issues and not just relying on the IT team when they think they’ve made a mistake.

It’s important to be preventive and not reactive, particularly with the bank’s asset now over $1 billion, McClure explains—hence the expanded security program affecting all three locations in Hopkinsville and nine other branches in surrounding cities. (Running them is a lean workforce of fewer than 200 employees.)

During COVID-19, drive-thrus have remained open. The bank established a method to allow customers to schedule one-on-one appointments inside a branch with a banker, as needed. Having little else to do to respond to the coronavirus left McClure with more time to focus on information security.

“Threats are evolving and things in infosec change so rapidly that we really need to mature our processes to keep up,” he says. 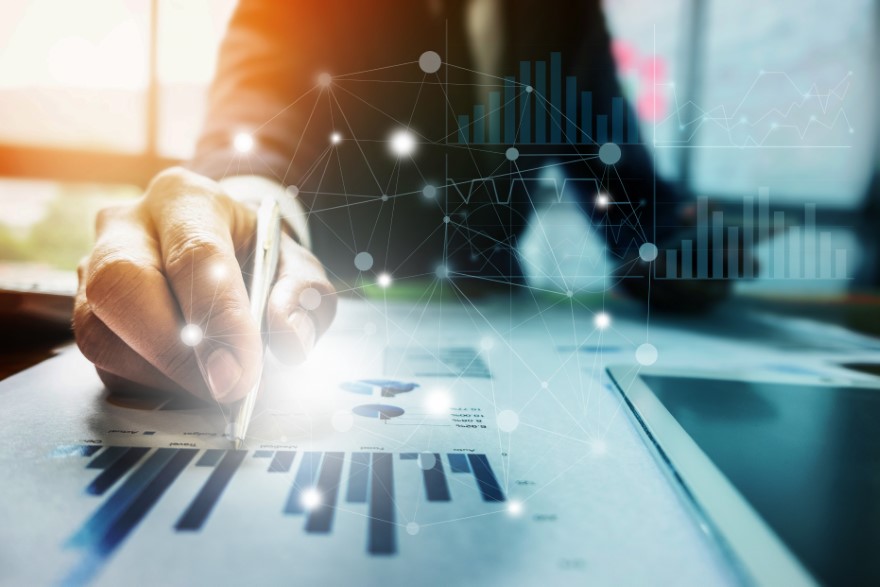 As a financial institution, it’s easy to see why a data breach would be particularly troubling. The wealth of information stored—even in a small bank like Planters—would be a treasure trove for someone looking to compromise a person’s identity. As McClure notes, the personal information is worth more than the money.

To combat this underworld, McClure spends a lot of time researching new threats and new attack vectors on dark web forums. Thankfully, he says, there are “white hats,” or good people, reporting cyberthreats and doing penetration testing for organizations like Planters to help ensure it’s as secure as possible. Planters also contracts with third-party testing organizations for an added level of protection. There’s no such thing as being too secure, McClure says.

Hand-in-hand with upping the bank’s security game is the completion of its digital transformation, which McClure anticipates happening sometime next year. That involves improving the company’s level of automation, streamlining forms and documents, and going paperless as much as possible.

But it hasn’t been easy. Automation and digitizing processes often require spending money, and that requires buy-in from leadership. As he’s built a rapport with the company’s CEO, president and members of the board, getting them to sign off on significant upgrades to Planters’ technology infrastructure has been a smoother process. 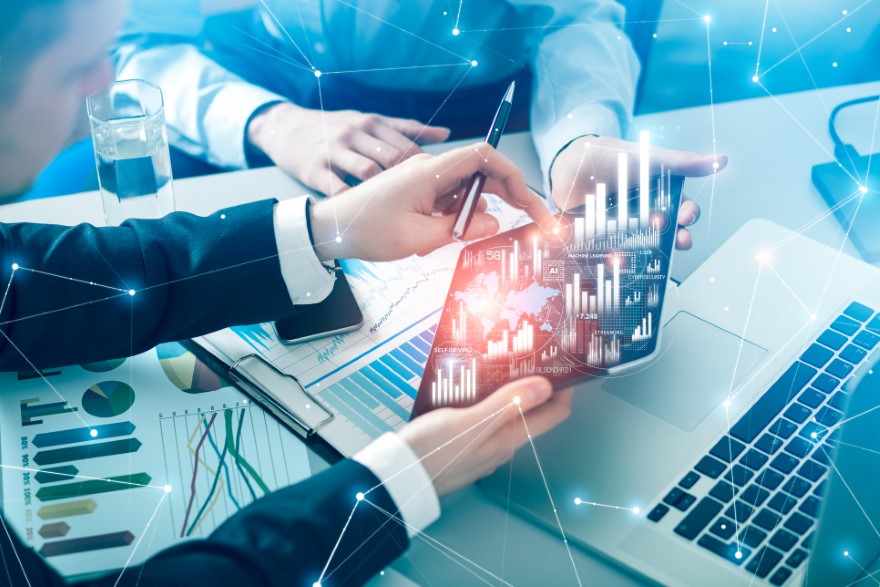 “I can’t just go out and spend $100,000 on a product. I need to be able to justify it and show that it’s something we need in order to get that buy-in,” McClure says.

The bank is still paper-reliant, and one of McClure’s tasks has been migrating documents to the system called Director from Fiserv.

That may be easier nowadays. Because of the pandemic, there’s more buy-in for touchless technology. Why pass a document around the office hand-to-hand when it could be transmitted electronically, he poses.

“There are advantages [of going digital] across the board, and now people’s eyes are open to how we can leverage technology to be more efficient,” McClure says. “We’re a lean organization, so we need to make technology work for us.”

That’s a focus that’s driven him since the very beginning.

His first job as IT manager with a sports scoreboard company, it wasn’t until he worked for FNB Bank in Kentucky that he had his first shot at leadership. As its chief information officer, McClure and two others provided support for more than 100 employees in eight branches. The role also exposed him to the financial industry.

He found out about the job with Planters Bank when he was contacted by a recruiter and joined the institution in July 2013.

“During the interview process, I was impressed with the leadership of Planters Bank. Elizabeth McCoy, our CEO, was very frank and direct about the needs of the bank,” McClure says. “Given the feedback from Elizabeth, I felt that Planters would be a good fit and would allow me to grow professionally.” 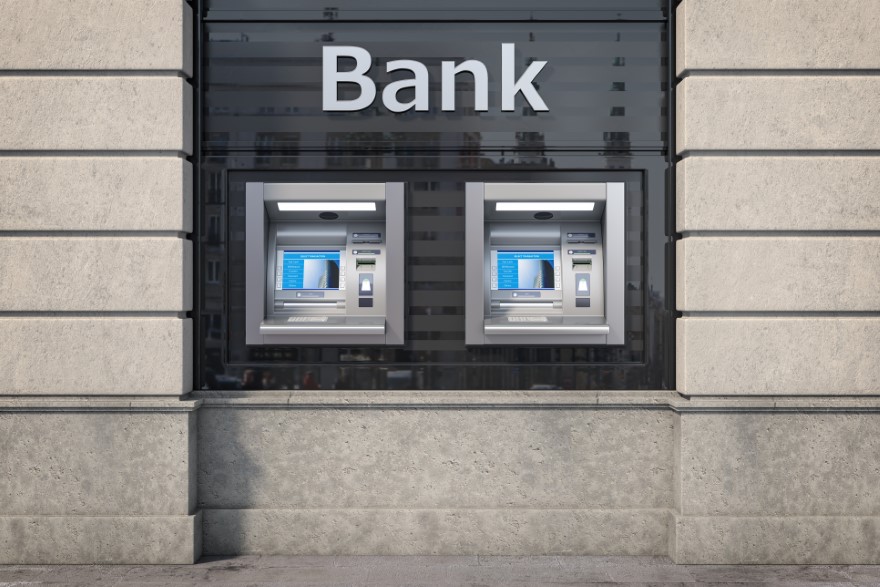 Recently, McClure says he needed to challenge himself and prove that he could complete his bachelor’s and master’s degrees in a short time. He worked in IT for nearly 14 years without a degree, so he felt confident in his industry knowledge, but he wanted the degrees to hammer home the point.

He finished the bachelor’s program in five terms over 50 weeks and completed his graduate program in nine terms lasting 56 weeks, finishing with a 4.0 grade point average for both programs.

McClure intends to pursue additional certifications in the future after a short break from school.

“I feel that completing the degrees reinforced the amount of knowledge I felt that I have gained over the years, and I can’t wait to learn more,” he says.