Pyrotecnico keeps on truckin’ through the pandemic

The Kings of Leon are playing to a full house—actually, it’s a full field. The night is getting chilly, but as the bottles are passed and the red Solo cups are filled, the crowd’s warmth spreads like the wail of the fiddle.

As the band reaches its crescendo, the night sky behind the stage platform bursts with streams of red, green and silver. 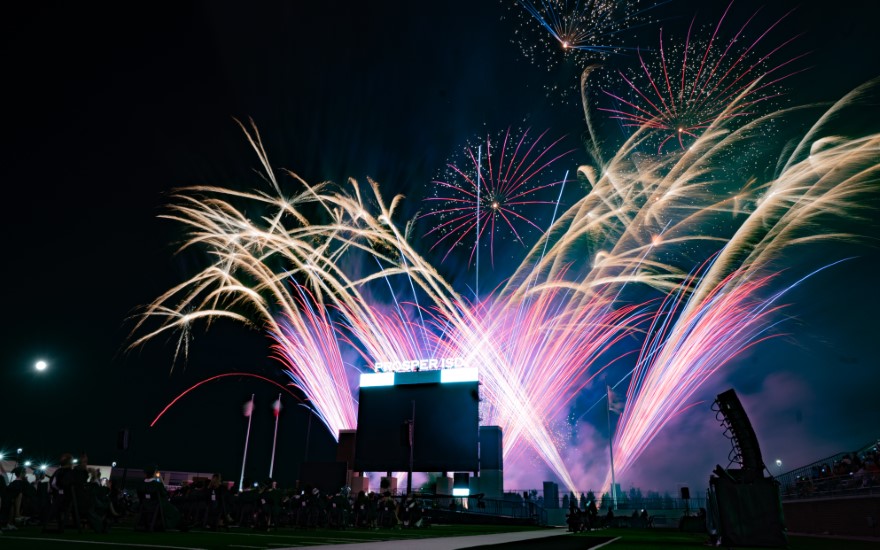 The fireworks exploding through the band’s video for “Back Down South” weren’t lit by rowdy teenagers at the field party, though. They’re the carefully choreographed work of Pyrotecnico of New Castle, Pennsylvania.

For more than 125 years, the company has been firing up Fourth of July and New Year’s Eve celebrations, festivals, weddings, movies, videos and concerts.

“Our motto is ‘we create the oohs and aahs,’ and put smiles on peoples’ faces to create lasting memories from the events they attend,” says Bryan Bishop.

But 2020 has been more fizzle than flame, he adds. As the company’s CIO and head of operational excellence, he’s playing a crucial role in how the family-owned business can navigate a new normal—one where mass gatherings are limited and celebrations more sedate. 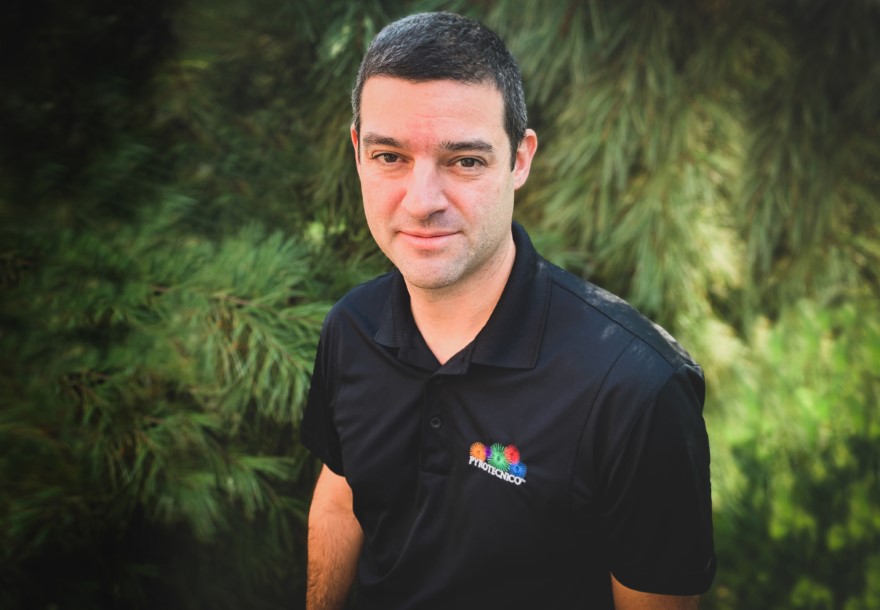 COVID-19 was a splash of cold water on the pyrotechnics industry. Pyrotecnico President and CEO Stephen Vitale estimated in June that the pandemic had cost the company about 70 percent of its Independence Day bookings—and that’s actually better than how other companies were faring.

Those cancellations are coupled with the postponement or loss of the large events Pyrotecnico puts on, including the Coachella festival, WWE wrestling shows and myriad sporting events, Bishop adds.

“These are crazy times for our business,” he says. “We were getting cancellations when the trucks were loaded or on the way. The Houston rodeo was cancelled midway through the event.”

While the teens in the Kings of Leon video may be setting the fuses and running, coordinating a fireworks show is actually a complex endeavor requiring programming racks of shells to a precise firing order. The company must also track what’s used for the Bureau of Alcohol, Tobacco, Firearms and Explosives and U.S. Department of Transportation. 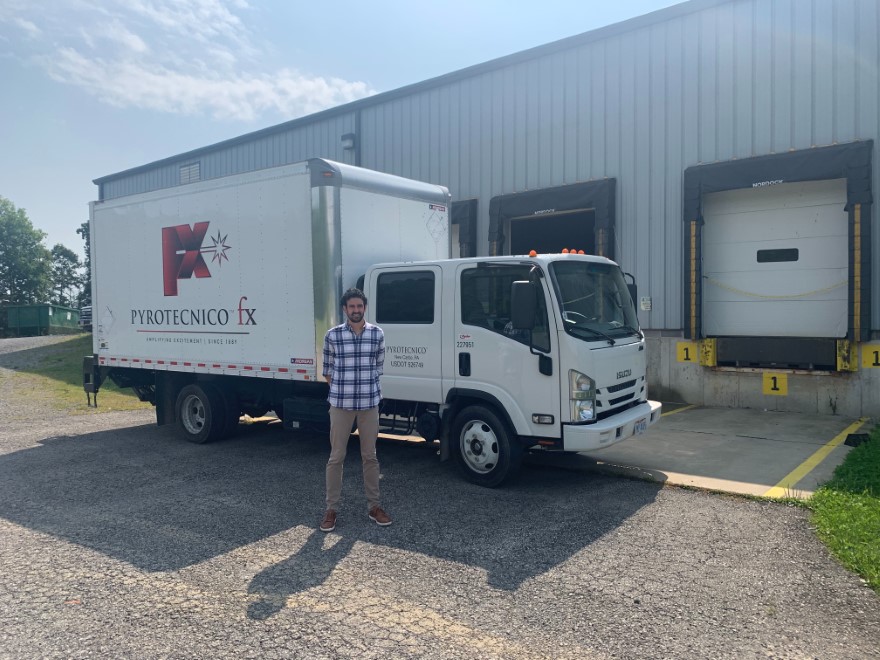 From his start at Pyrotecnico, Bishop worked with the finance team on the enterprise resource planning system to clean up the company’s master files for more efficient records, with a database that could also be mined to better detail specific shows and measure profitability.

Pyrotecnico also uses Flex Rental Solutions software to track effects gear and create pull sheets. However, NetSuite ERP is also the backbone for tracking thousands of shows a year. It creates better component labeling for shows and links to software, creating simulations for the firing order and programming in the musical tie-ins with the product selection.

Reporting to the ATF and DOT is further complicated by the need for additional coding with JavaScript to fit those agencies’ reporting formats. But now Pyrotecnico can create reports in minutes, not hours, in an industry where some companies still report by hand.

“I’m a big nerd on getting the architecture set up properly so you can use it for years down the road to facilitate growth and ultimately operational excellence,” Bishop says.

A Pyrotecnico team of Geoff Abraham, Paul Gaffney, Rocco Vitale and Bishop also created the “Famous Blast Words” webinar including an episode with anecdotes from industry veterans about the shows that went well and some lessons learned. 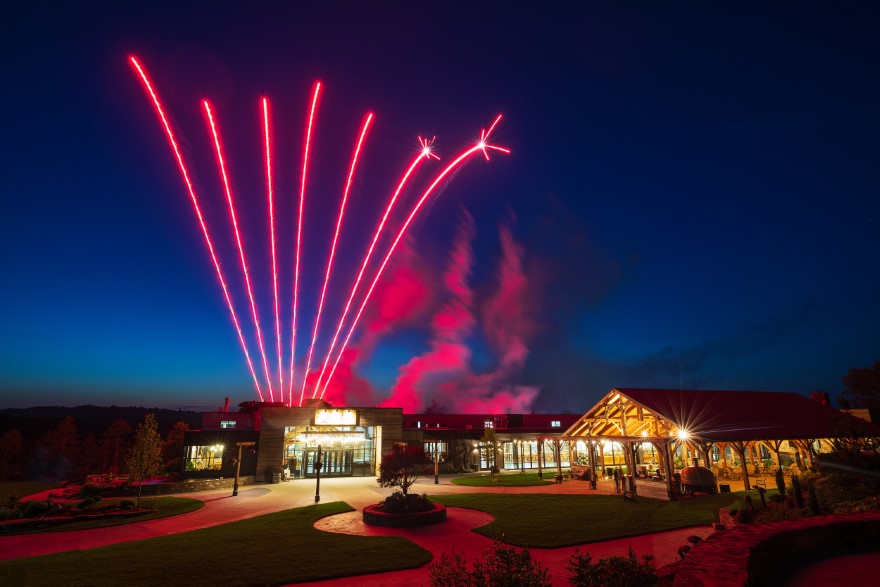 Because the company is already registered with the DOT to haul explosives and other special effects, it just had to register with the agency as a for-hire company—while also getting the proper insurance coverages.

“We set up a new subsidiary virtually over a weekend as orders came in for the next week and we started hauling,” Bishop says.

One early order involved a truck hauling fireworks to Montana and returning with sugar for delivery to Ohio. By early August, the company had made more than 100 runs with four semis. Bishop says discussions are ongoing on setting FXpedited up as its own entity.

As Pyrotecnico rolls down a new road of opportunity, Bishop’s tech acumen will also ensure the course is well-mapped (and profitable), by helping scale and automate the growth and set pricing models.

“I’m a process guy; it’s my education. The continuous improvement side is my true passion,” says Bishop, a Six Sigma Black Belt who’s always ready to use those chops for process improvements. 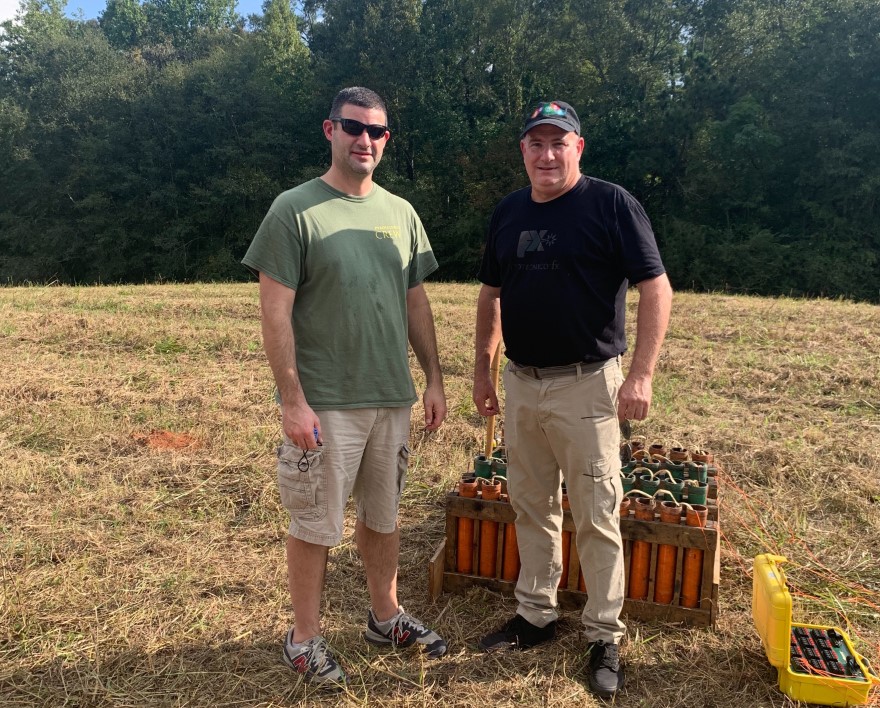 Born and raised in the Rochester, New York, area, he earned his bachelor’s in industrial engineering from the Rochester Institute of Technology, then headed south and west to Phoenix, where he worked at ON Semiconductor for nine years.

At that point, he and his wife decided they wanted to be closer to their families back east. Bishop joined Akustica, then a subsidiary of the Bosch Group, a German-based engineering and technology company, in 2008.

For more than nine years, Bishop was director of supply chain and the export control officer, but just as he was promoted to senior director of operations, Bosch decided to close Akustica’s operations. Offered the chance to relocate to Germany, Bishop and his family decided to stay in the Pittsburgh area.

After helping the plant close, Bishop—who’s also president of the Pittsburgh NetSuite ERP User Group—created his own consulting company. Almost immediately, Pyrotecnico became one of his favorite customers, he recalls. 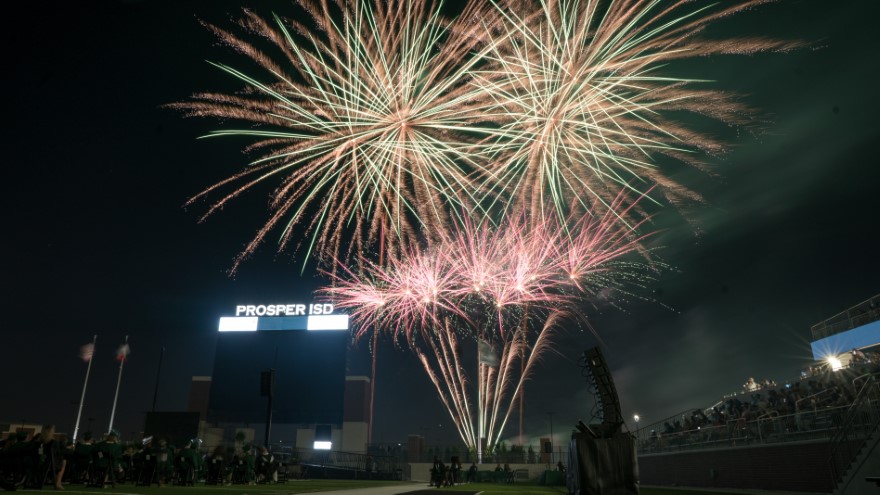 When offered a chance to handle both the IT and the operations for Pyrotecnico, the charge was set.

“Career-wise, I never planned to be in IT. I was always a manufacturing or operations guy,” says Bishop. “However, a lot of my work has been to leverage IT platforms to set up organizations for growth and success. Success in the OpEx and business operations realm is largely about having the difficult conversations and embracing change. Constantly looking at your processes and systems and leveraging them to do things better and more efficiently for your employees and customers.” 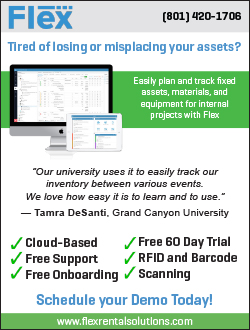