It’s data that hits where you live, says Cara Athmann, and making it accessible is making a difference in how the Cardinal Group manages its housing portfolio across the U.S.

As chief technology officer for a company that’s almost doubled in size in the last two years, Athmann has expanded the software and platforms that enable the Cardinal Group to evaluate its performance in the competitive student housing niche. 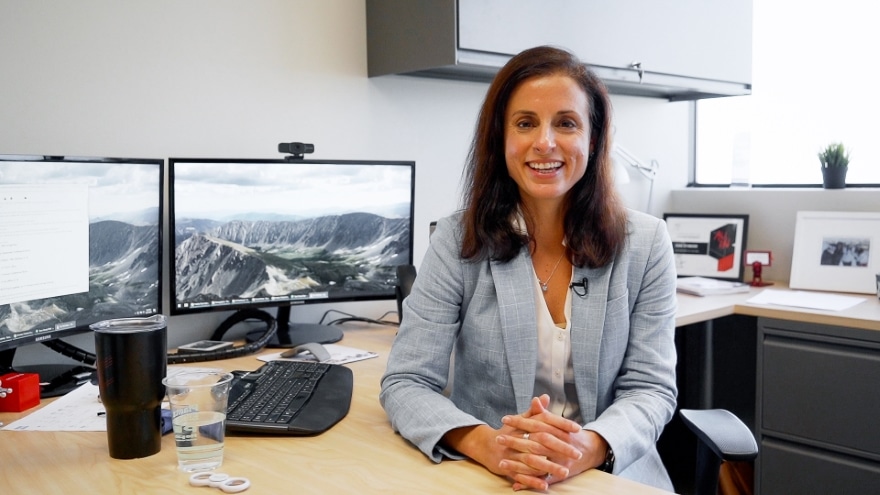 What she’s doing is not new to her, but this time, it’s personal, she adds.

“I loved consulting, but you’re removed from what you’re delivering,” Athmann says. “I like owning the tech strategy and getting the value out of it. There’s so much fun technology out there, and it’s great partnering with the business to see what the best bang for the buck will be in being innovative and leveraging tech.”

Along with its management operations, the company also has investment, consulting and construction divisions, and partners with Fifty3, a marketing arm for owners of the communities the Cardinal Group manages (as well as some of its competitors).

Athmann joined the Cardinal Group in October 2018 to help the company make the most of its leasing and managing data. Not only was the company growing quickly—700 of its 1,600 employees had joined in the last two years, she says, it works in an especially volatile market with assets changing hands quickly. 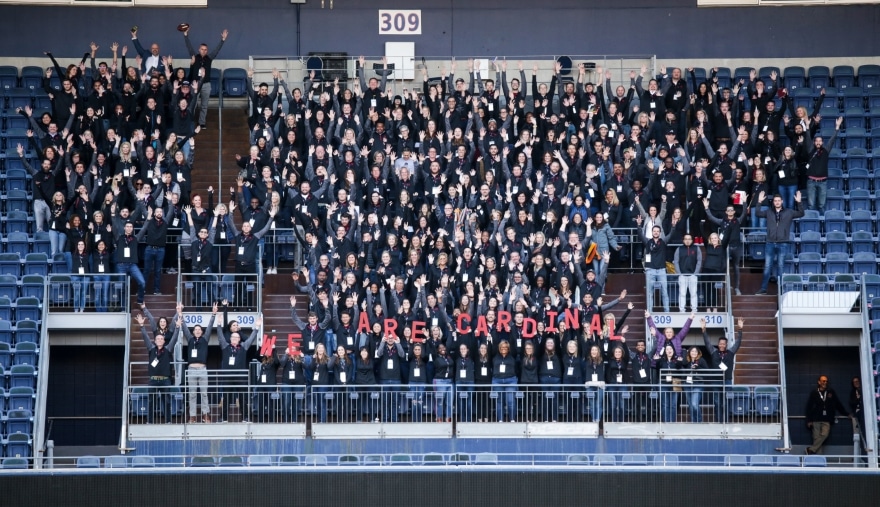 “Without analytics, there’s a limited business view for decisions,” she explains. “This hasn’t changed what we look at, but it has changed the frequency and the need to quickly provide market data to clients. We need to know what’s happening and support it with data to show which levers need attention.”

As Athmann notes, there’s a narrow window in the fall to lease student housing, and when it closes, the Cardinal Group is shut out for an entire year. So, after being hired, she quickly started compiling data such as lease pricing and leases sold. Then she automated how the data is shared with company leadership and clients.

“When people have to spend hours aggregating data, they don’t have as much time to analyze it,” she says. “You need to make it easy and intuitive.”

In the first two years, using Google Cloud Platform with Domo software, Athmann was able to deliver data and tailored reports for employees and clients alike.

“It’s tremendous to get things built out in two years, but we’ll never be done building out the system to drive transparency and performance,” she points out.

While the company is not affiliated with any college or university, demand for student housing is predicated on whether schools remain open with in-person classes. When COVID-19 arrived in 2020, Athmann say she paid close attention to delinquent rents, lease sales and how schools were responding to the pandemic, she says. 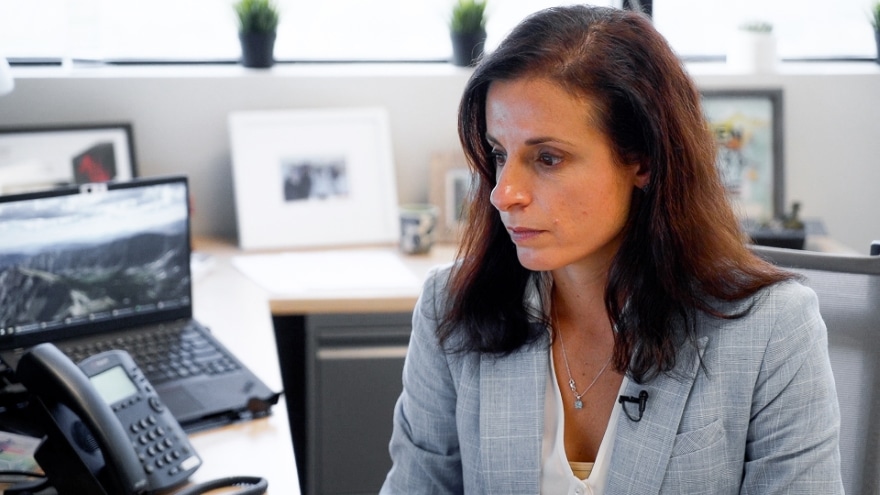 She also began using Google Cloud Platform to explore data points such as: how lease pricing and incentives drive sales, how much is spent on marketing campaigns, and what the optimal return on investment is for marketing. She adds that the ease of use delivers results not in hours, but in minutes.

“What’s exciting about the data visualization tools is how accessible they are,” she says. “The Google Cloud Platform has a lot of rich tool sets available to explore hypotheses.”

A New Jersey native, Athmann graduated from Bucknell University in Lewisburg, Pennsylvania, with a bachelor’s in physics and a minor in math. She was considering grad school to study astronautical physics when she decided she’d prefer to enter the working world.

Athmann considered becoming a stockbroker or a consultant. She chose the latter and joined The Summit Group in 1999, before it was acquired by Ciber and then spun off as Digiterra, a subsidiary.

Siebel’s software became a specialty for Athmann, and in her next two consulting jobs with Environmental Resource Associates in 2002 and Tier1 Innovation from 2003-04, she continued to implement its CRMs and e-commerce solutions for customers such as Bally Gaming and Systems. 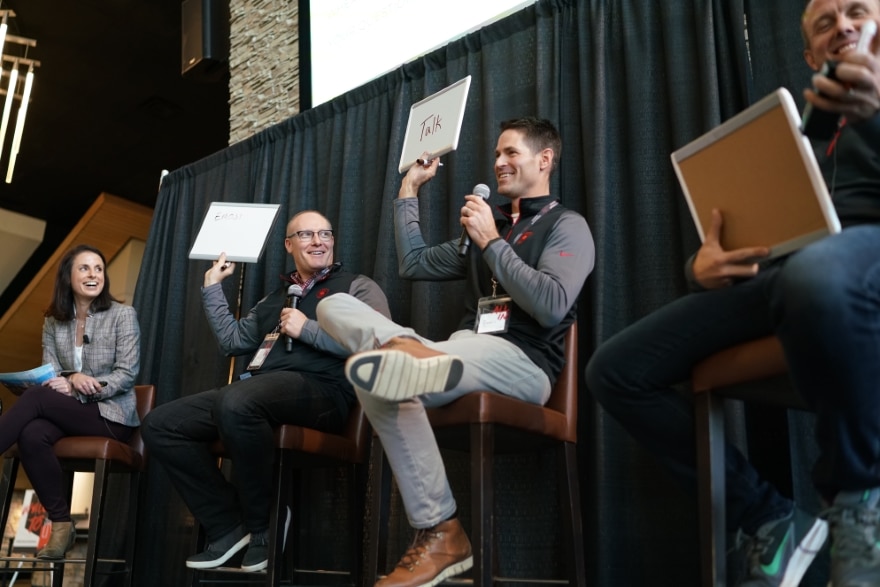 Athmann’s first work in housing began in September 2004 when she joined Aimco as its IT business analyst. While with the company, which owns and operates apartment homes, she began using data to determine when units would become available. She also implemented new property management software for a division that held about a third of the company’s portfolio.

In January 2010, Athmann returned to consulting work when she joined Denver-based RevGen Partners, which serves Fortune 500 and mid-sized companies. In 2012, she was promoted to director of managed services, and in January 2014, she became director of the digital innovation practice.

Athmann was named vice president for delivery in November 2017. Less than a year later, the Cardinal Group came calling. Joining it was not an easy decision.

“I loved being at Revgen,” she says. “I loved the people, the culture and the work. As I got to know Cardinal, I was very interested in the passion they have as far as doing the right thing, the drive of excellence, and it was a unique opportunity to own the technology vision for the company. It’s really rewarding seeing the team work well together and produce great insights.” 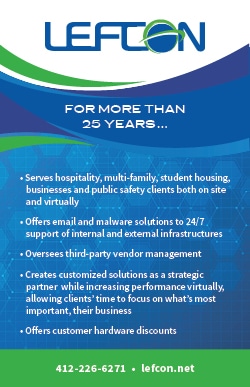