The trademark of a successful corporate lawyer? It’s not just legal and business savvy, answers Carlos Landazabal Angeli, who, since November 2012, has served as General Electric’s legal leader for South America’s Andean region, as well as Central America and the Caribbean.

Anticipation is just as important, the soft-spoken general counsel tells Vanguard from his office in Lima, Peru. And what a challenge that is, given the variables that confront a company so immersed in global commerce and politics.

For it was just a little over two years ago when Landazabal joined other GE executives participating in Barack Obama’s historic trip to Cuba, the first such visit of a U.S. president to the island since Calvin Coolidge traveled there to address the sixth annual International Conference of American States in 1928. 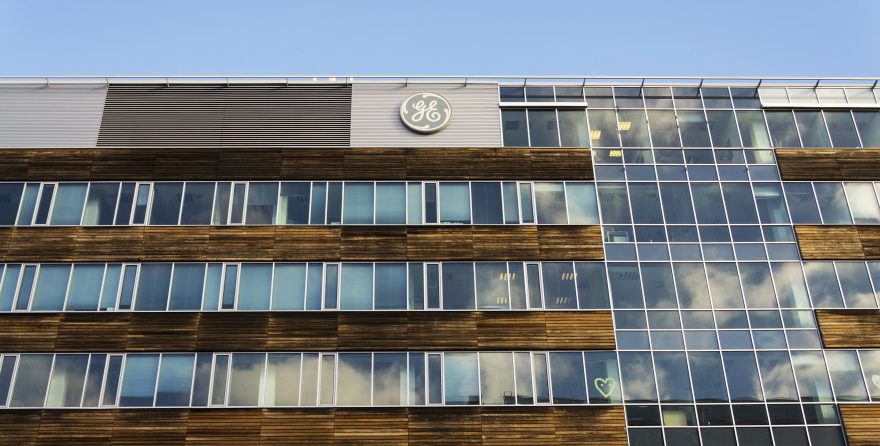 GE would become the first U.S. company to register a branch in Havana, with Landazabal at the forefront of reaching deals and memoranda of understanding for industrial contracts after nearly six decades of economic embargo. The same day the news was announced, GE’s stock jumped 1 percent and everybody had reason to be optimistic.

More recently, however, it’s hard to know what’s in store for GE and the other American multinationals with a stake in the island nation 90 miles south of the Florida Keys, the current White House overturning many Obama-era initiatives and even ordering most employees of the U.S. Embassy in Havana to return home.

Angeli, who’s been back to Havana many times since March 2016, closely observes the situation from south of the equator, ready to weigh in on any further developments, and hoping GE can pursue its agenda, specifically its sales of aviation, energy-producing and health care equipment, to a Cuba in need of the aforementioned and much more.

“It’s a greenfield offering everything you’d like to further develop your business,” Landazabal says. “But it’s still too early to sort out all the variables, not just with the U.S. president, but with Cuban leadership as well.”

With the late Fidel Castro’s younger brother, Raul, serving as First Secretary of the Communist Party of Cuba, he’s the island’s most powerful politician and cites good relations with the U.S. as mutually beneficial. Still, with relations yet to fully normalize, much will be in flux, leaving it to Angeli to assess what’s next, while assuring that GE will be in full compliance with whatever the rules might be.

“A lawyer’s role is always to be proactive. Only then can you design ways that allow the company to finish its goals,” he says.

His mark made early

A 1994 Universidad Católica Andrés Bello law grad who enhanced his credentials with Master of Laws from the same school in 1997, an LLM from Northwestern and a degree from IE Business School—both in 2012—Angeli knew at a young age that becoming a powerful lawyer could open doors. 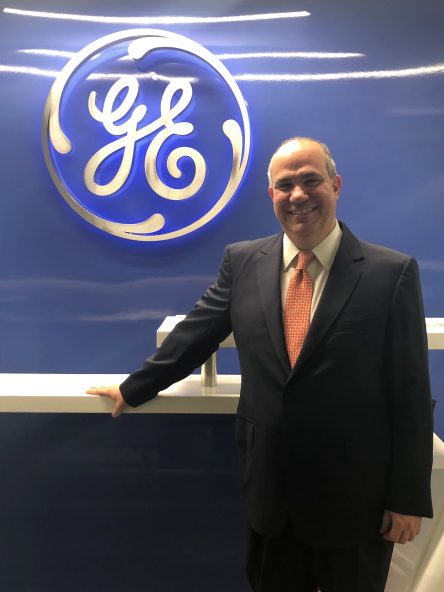 That said, the one to Havana probably wasn’t foremost on his mind when he left the Caracas firm of Bufete Rodriguez Machado after just one year to go in-house with the Venezuelan oil giant Maraven in 1995. But he had already established a reputation for advising multinationals, and, with the Venezuelan oil industry thriving, a greater opportunity beckoned.

Landazabal remembers it as prime time for any young professional looking to advance his or her career, and he took full advantage, negotiating and drafting contracts for exploration, production and commercialization of gasoline and motor oil products. He also served as corporate secretary of Proesca, a corporate affiliate dedicated to international industrialization of refinery streams, and secured $200 million in financing.

That put him in good standing three years later when Baker Hughes Inc. was in need of someone to manage its Latin American legal functions and corporate compliance. For over 11 years, Angeli would handle an array of high-stakes responsibilities, including oversight of compliance with the Foreign Corrupt Practices Act, the negotiating of a $500 million oil drilling project in Mexico, the management of over 100 litigations, and a resolution to a Venezuelan labor strike that’s become a case study at Latin American law schools.

Stints of a couple of years each with the paper products giant Kimberly-Clark Corp. and the law firm James & Asociados followed, with Landazabal joining GE in November 2012. It’s been an eventful six years, with personal accomplishments including the CFO Award and GE Excellence Award for his role in streamlining operations that led to a 30 percent reduction in legal costs year after year and the need for fewer vendors. Angeli also helped finalize the details that led to GE acquiring his former employer, Baker Hughes.

“GE is of the style that we should do as much as we can by ourselves,” he explains. “And they never see us (legal) as an expense, but as a necessity. They want for us to cover as large a region as possible.”

Such familiarity with the GE base also makes him proficient at one of his most vexing tasks: the recovery of closing costs and accounts receivable.

“The most complicated challenge is when we carry out projects involving collection or financing,” says Landazabal, who collected $6 million from Panama authorities on taxes unduly withheld. “The pressure is very high in many cases to be able to achieve the operational closings before the end of the quarter or year, and we depend on a client whose times are not generally in tune with those of the company.”

Right now it’s not certain whether the motives of another entity—the White House—are in tune with GE’s agenda in Cuba. But Angeli does his best to anticipate all scenarios.