Technologies for a ground-moving world

For as long as the earth’s tectonic plates have been shifting—read: a very long time—humans and other creatures have been affected by earthquakes.

And while the phenomena typically last mere seconds, their destruction can be catastrophic and widespread: recent earthquakes have killed hundreds of thousands of people and leveled landscapes across Nepal, Haiti, Japan, Mexico and China. 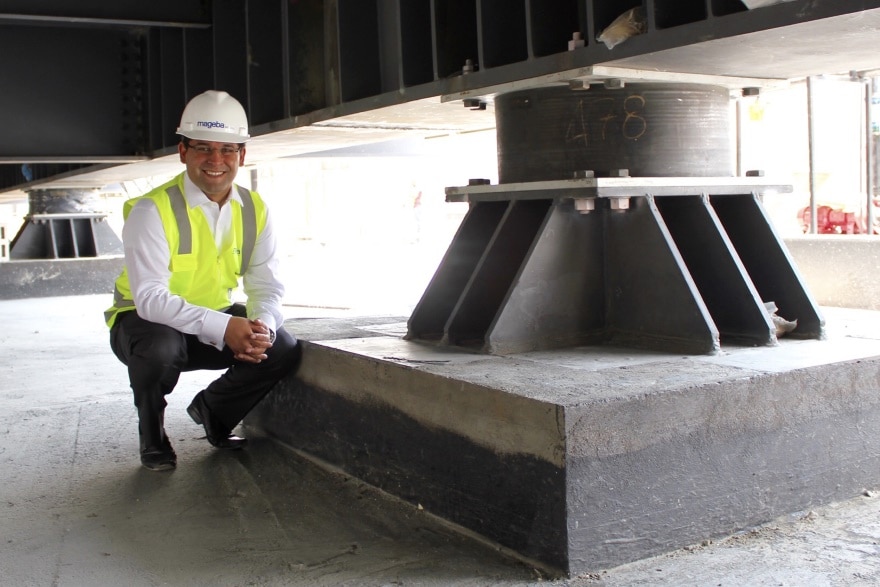 Carlos Mendez has witnessed this devastation firsthand. While an undergraduate studying earthquake engineering, he visited El Salvador following its 7.6 magnitude earthquake in January 2001. “I saw the suffering and the pain that earthquakes cause,” he says. Lives, property, life savings—“everything people have is just lost.”

Which makes his work at seismic technologies company Mageba more than a vocation.

“The main goal is to reduce suffering after an earthquake,” says Mendez, who serves as CEO of Mexico and Central America and chief technology officer for the Americas.

The company was founded in 1963 with a focus on bridges, says Mendez, explaining that, while bridges seem permanent, they are actually “quite flexible and move constantly” due to traffic loads, wind conditions, thermal fluctuations—and, of course, seismic shifts. 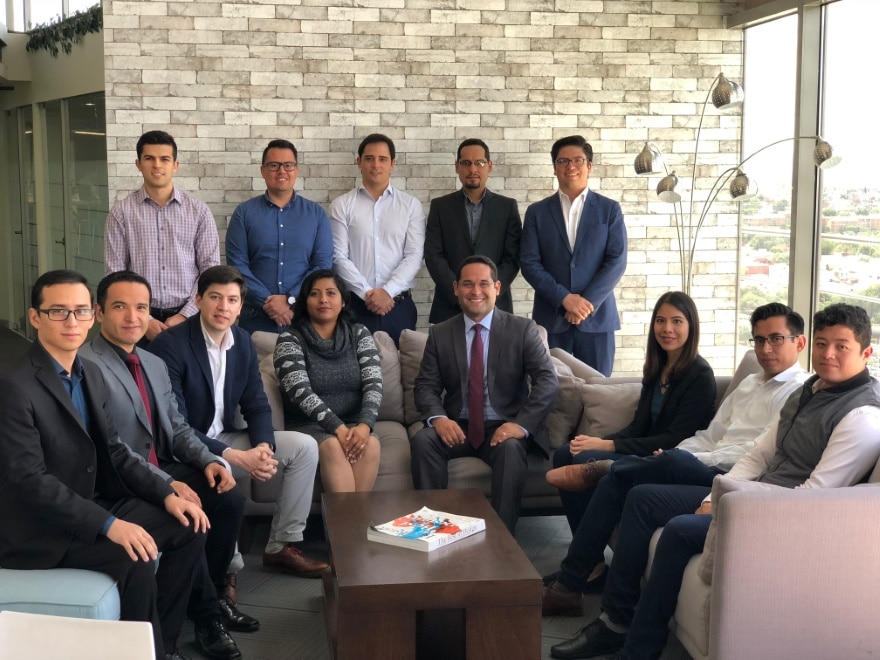 Mageba’s technologies—which have been installed in more than 20,000 structures—are placed in between and beneath columns, decks and foundations to isolate, dampen and allow buildings and bridges to move more “nimbly” and expand and contract without interfering with their structural integrity.

“These devices take the energy and dissipate it,” says Mendez. “It allows us to reduce the impact of an earthquake.”

In addition to saving lives and buildings, this reduces the intensity of the ordeal, too, he says. “It’s not only a matter of damage, it’s a matter of comfort.”

Well-known throughout Europe, the Middle East and Asia, Mageba has recently focused on establishing and expanding its presence in North and South America, opening offices in Manhattan in 2011 and in Mexico City in 2013.

“These earthquakes are a constant warning that many structures are not ready to take the damage, withstand the earthquake,” Mendez says. “Latin America was ready to start using these technologies.”

Most notably, it has been able to retrofit multistory buildings in areas such as Mexico City—making the process economically feasible in developing areas.

“That has been essential for us to be able to push these technologies forward,” he says. “A building from the 1970s can now be equipped with technology to behave as if it was designed this year. Twenty years ago, this would not have been possible.”

Preparing for the inevitable

Long fascinated by seismic technology and structural engineering, Mendez earned his bachelor’s degree in civil engineering from Michoacán University of San Nicolas de Hidalgo in Morelia, Mexico, and received a scholarship to study for his master’s degree and PhD in earthquake engineering at Hokkaido University in Japan.

He joined Mageba in 2009, starting out in Switzerland. Although he says he had many offers to stay on and work in Japan, he was intrigued by the opportunity to explore different cultures and continents. 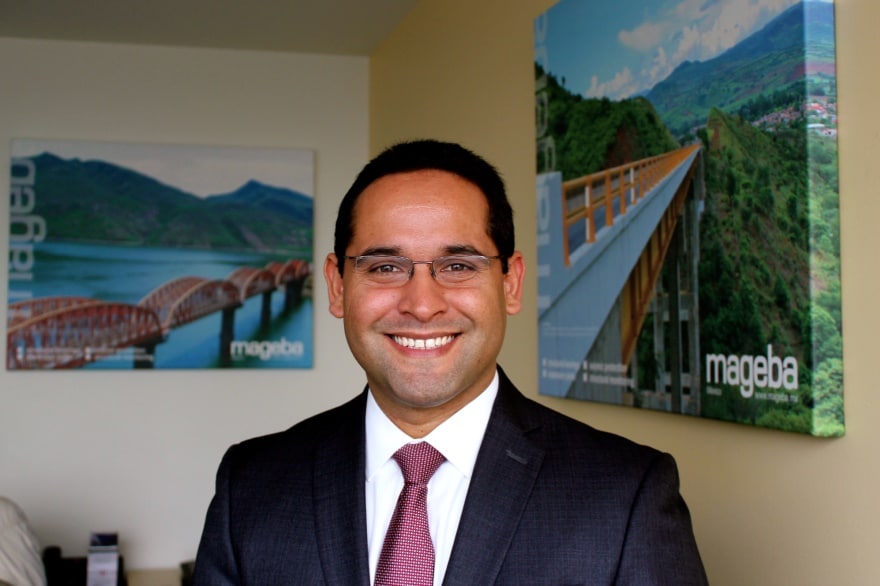 “I wanted to use what I learned in Japan and spread it all over the world,” he says, adding that it has been “exciting” to learn about European engineering and specifications. “I wanted to create something new, develop a new market.”

He points out that earthquakes are inevitable, and as Mageba continues to develop its technologies and expand globally, it is crucial that it maintains an understanding of differences in culture, economics, temperature, and weather and design influences country-to-country and region-to-region.

“You have to be able to adapt to every condition,” he says.

In emerging markets such as Latin America, it has been equally essential to have locals like him to serve as consultants, translate and explain the importance of seismic technologies, and support the development of new regulations around them.

“Having someone they understand, who puts things into perspective, has made a huge difference in the acceptance of the technology in Latin America,” Mendez says. “I’m proud that I can be part of that.”