Saygus goes boldly where no smartphone has gone before

To say that Chad Sayers—or anyone else on his team of tech industry heavy-hitters—isn’t passionate about the V SQUARED smartphone is like saying the sun doesn’t set over Utah’s “Silicon Slopes.”

The long-anticipated device, set to be introduced by Salt Lake City-based Saygus and equipped with a number of exclusive features, comes after years of development, innovation and forward-thinking. The endeavor has been, simply, a “labor of love,” says Sayers, Saygus’ founder.

“We just want to build the phone that we want,” he says “the one no one has ever built.”

And, with the release of the V SQUARED, it appears he has.

Since 2015 Saygus has upped the specs with 128 GB onboard flash storage, nano SIM slots and the latest Android OS among others.

With a 5-inch screen and a Kevlar front and back, it also comes equipped with Qualcomm’s Snapdragon processor, 3 gigabytes of RAM, 60 gigahertz of Wireless HD or WiHD (a capability dubbed by the tech industry as “insanely fast”). And it can essentially be transformed into a gaming console or a mini laptop using any monitor, Sayers says. 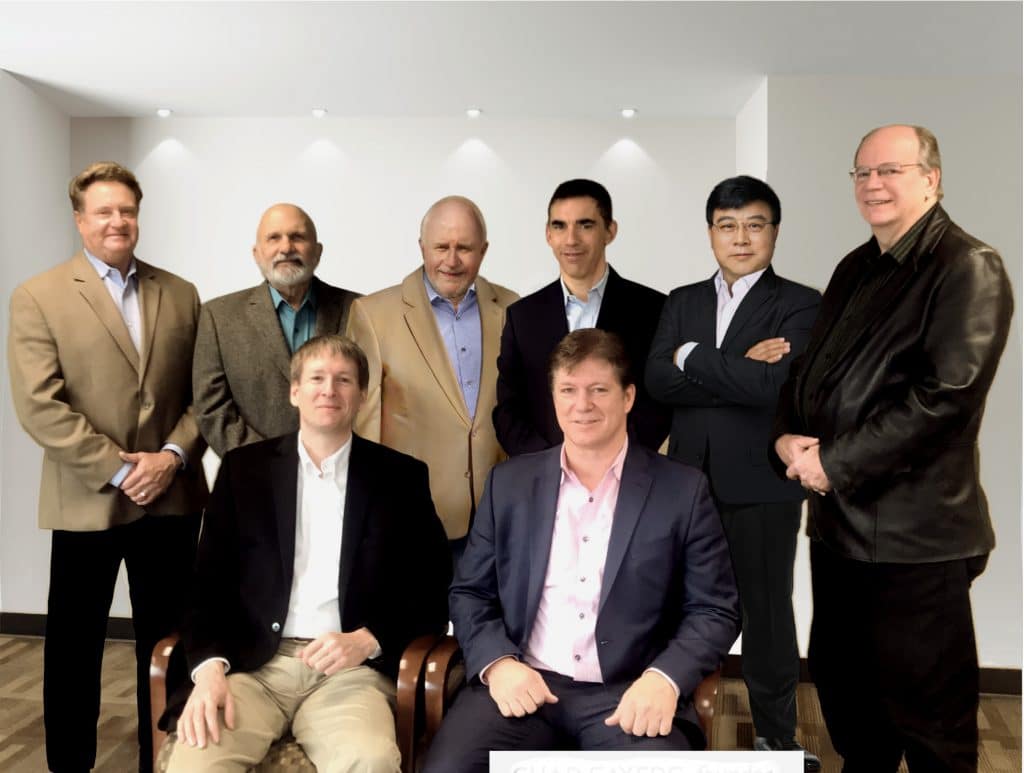 “We’re over 10 exclusive features,” he notes, pointing out that consumers of all stripes continually crave enhanced battery life, storage, and picture-taking, saving and editing capabilities. “Our objective is to provide a phone with great technology, and one that people really want. We’re making sure everything we do makes a difference.”

The V SQUARED recently passed the Federal Communications Commission approval process and was backed by a $1.3 million round of crowdfunding in 2015.

About the crowdfunding, Sayers says he was approached by an expert in the field, who convinced him that, more than raising money, crowdfunding would be a powerful marketing tool, as it had proven to be for well-known brands Sony and Philips. It led to sales in 74 countries, Sayers says.

Pre-order customers paid $550—even though, Sayers contends, the phone could go for much more. With first orders expected to ship soon, Sayers stresses the company is in the final phases, “getting bugs fixed, wrapping up all the software issues and completing testing.”

Amidst all the anticipation, the industry has certainly taken notice.

The device received CES’ International Innovation Award in 2015. That same year, it was named Best of CES by Gizmag (now New Atlas) and Top Disruptive Innovation at CES by Forbes. Meanwhile, it has received accolades from the Mobile World Congress and the state of Utah (which Sayers lauds for its dedication to innovation and technology– Salt Lake City, after all, bears the nickname “Silicon Slopes” due to its density of tech titans and startups).

Ultimately, Saygus doesn’t see itself competing against Apple or Android manufacturers; Sayers says—it’s in its own market.

“We’ve got a motto: Always innovate,” says Sayers. “We innovate for customer experience. It’s not just innovating for the sake of innovating. We want people to line up for them.”

And people have lined up—but getting the phone to the consumer market hasn’t been the smoothest process, Sayers acknowledges.

The company’s groundbreaking first model was set for release in 2010 (by contrast, years before Apple launched FaceTime). But although it garnered extensive press and awards, and was approved by Verizon to for sale on its network, the phone did not go to market. “We learned so many things we could do better in a next gen version,” Sayers says.

Undeterred, Saygus returned to its labs. In 2015, the company unveiled the V SQUARED—but that, too, has been stymied until this year.

Sayers is forthright about those delays: He attributes them to a cumbersome process with a couple of manufacturers who simply wouldn’t hold to contracts.

“I’m astounded that we got so close,” he says. “Manufacturers just weren’t performing, and we refuse to put a low quality product into the hands of folks who were putting up good money for them.” 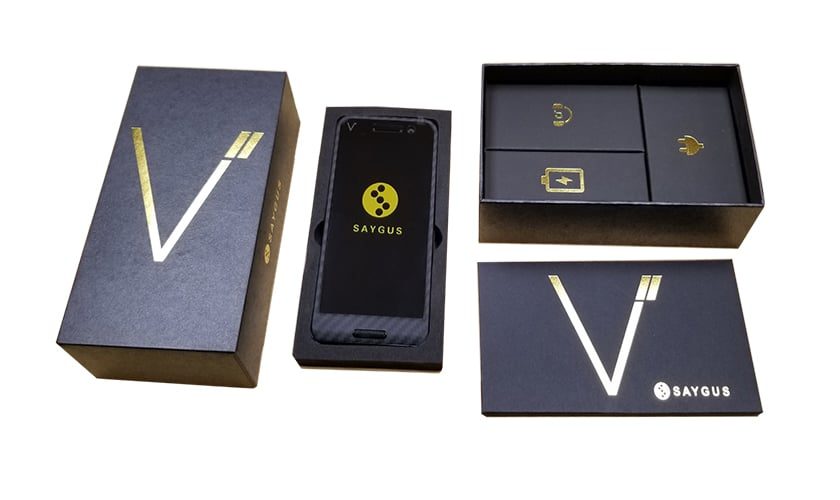 The experience led him to conclude that some things are just too important to outsource—so the Saygus team spent the last year recruiting and building out its own engineering team.

As Sayers points out, most have requested to join the team.

Likewise, Saygus has drawn interest from, and collaborated and consulted with, industry giants such as Qualcomm, Verizon and BlackBerry, as well as financial powerhouse, Merrill Lynch.

Sayers was always confident that Saygus would garner attention. It all began two decades ago with a simple aspiration: To create two-way video software for cell phones.

At the time, it was a far-fetched idea—Google had yet to make its entrance, the game-changing iPhone was still to be released, and the reigning Nokia model was rudimentary and primitive by today’s standards. (Remember those chunky candy bar phones with tiny monochromatic screens?)

Sayers was told it would be decades before the capabilities would even be in place for two-way cellular calling; it just ate up too much data and  wiped out batteries too fast.

But he was persistent, building a team at Saygus that licensed unique codecs and created its own technologies and hardware systems to overcome the limited bandwidth and power issues of the time.

Sayers’ motivations were partly personal: Business travel often kept the father of four away from birthdays, anniversaries and family reunions. “It drove me crazy,” he says.

An entrepreneur from a young age

It’s hard not to be imbued by Sayers’ enthusiasm. He recalls growing up in a working-class California home where he learned early on how to handle himself financially.

At age 7, when he wanted to buy a model airplane, he began collecting pop bottles, and also salvaged broken pieces from his father’s candle factory that he re-created and sold to friends.

“It was an opportunity for me to learn about how money is made, industriousness and about supply and demand,” he says. Ultimately, he adds, it’s a matter of “hard work and a good attitude—I believe anybody can do anything with those two characteristics.”

It is, however, much harder to do than it sounds, he says, reminding that Apple began designing the iPhone in 1999 and only launched it eight years later in spite of its billions of dollars.

“This is the dawning of new era in communications and for Saygus,” Sayers says. “It’ll be a story for the ages when we’re done.”