As organizations around the world try to get their arms around the spiraling public health threat of COVID-19, technologists are being asked to keep normal life going, underscoring the importance of maintaining network access in times of national emergency. 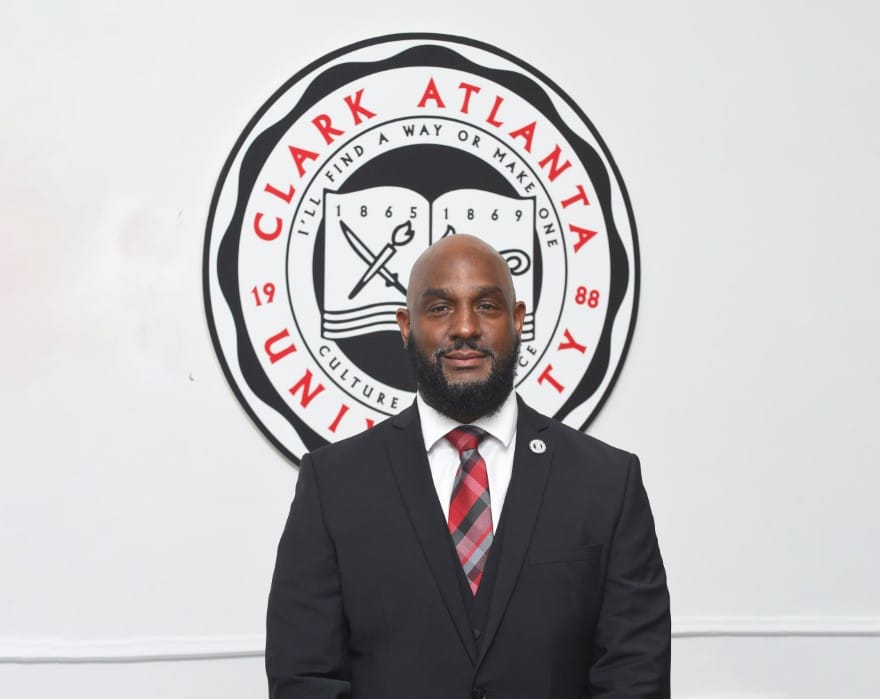 To Charles Cooper, that begs some very real questions. Foremost among them: How does a brick-and-mortar university with nearly 4,000 students morph from an urban campus to a virtual academy, with all the same support and resources as the real thing—in two weeks?

As it turns out, it’s largely the same set of skills Cooper has relied on before, when he helped bring stability to a fraying IT department by creating consortiums and building a new support team from the ground up, all driven by his concept of “egoless leadership.”

During an extended spring break, Cooper’s team scrambled to move the entire school from face-to-face instruction to completely remote instruction for the last six weeks of the academic calendar.

“We’re not an online university,” Cooper says. “It’s a huge shift for our faculty to develop courses, course work and content to be able to teach remotely, not to mention figuring out the right conferencing platform and hardware that will serve faculty at scale. This is what we were preparing for in the IT budget. We just weren’t expecting to do it in a two-week time frame.”

When Cooper became CIO at CAU in April 2019, he found a department lacking resources and leadership. To address the issue, Cooper convened a panel of strategic university leaders, general IT users and key administrative staff to identify the school’s unmet tech challenges. 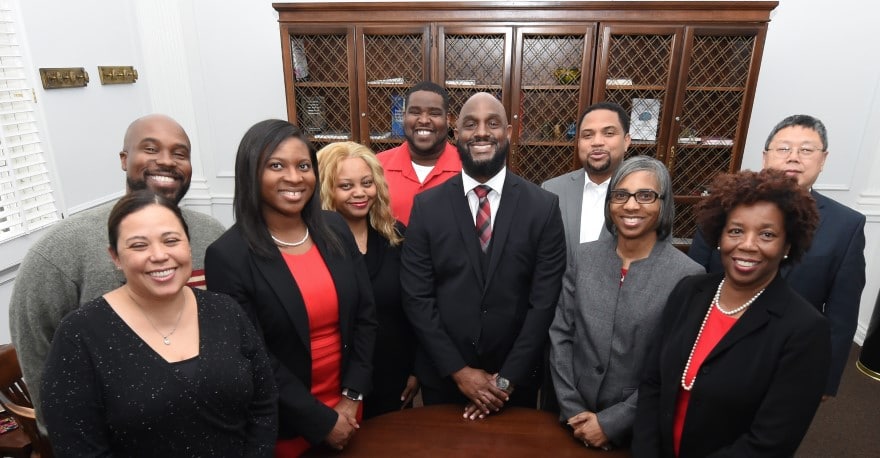 He‘s since worked to create an honest gap assessment of the school’s IT infrastructure—where they are, and where they need to go. Before Cooper’s arrival, the communication between IT and the faculty had been strained and at times nonexistent. Fostering new relationships and lines of communication became paramount to providing faculty and staff the support they needed.

The result: an ongoing initiative that allows Cooper to effectively collaborate and have candid conversations with leading university stakeholders. What do you need from IT? How do we bridge that trust gap? What can IT do to help push your department and CAU forward and upward?

Some of the common refrains: inconsistent onboarding processes and unresolved end-user service requests.

“That was my first week, to put a program in place, using the data as an analysis of the environment, to understand where our gaps were, and with that report, we began to dive in and remediate outstanding issues,” Cooper explains. “The goal, I think, for me is about the mechanics. I want to see the university using technology to its full capability, not in one specific area. When the end users can be productive; when the endpoints are secure; when onboarding a new employee they get a PC delivered on time; when I see things work seamlessly—that’s what I’m looking for.”

Now, he’s looking to share what he’s learned with other members of the AUC Consortium.

Launched in 2017, the initiative allows students to cross-register between campuses and share career planning and other student services. In implementing and overseeing data security and IT risk management, Cooper hopes to bring his collaborative process to the AUC CIOs, helping them combine knowledge and resources to provide an improved user experience.

Prior to Cooper’s arrival, the Coca-Cola Company donated a grant to each school to fund a centralized and collaborative e-procurement program to be utilized across the AUC. That, in turn, allows members to make centralized purchase across the consortium, resulting in significant cost savings for the institutions.

“We can look at our spend across similar vendors and negotiate because one school is paying more than the other,” Cooper explains. “It just made sense to be able to make a data-driven decision on all our contracting instead of going it alone. We just needed the tool.”

Cooper’s proposed initiative would aim to eliminate this, allowing students to move between the campuses without losing connectivity. In other words, if a student connects to Spelman’s Wi-Fi and walks across campus to the library, their connectivity would seamlessly shift between various access points, automatically logging the student out of one network and into the neighboring network. 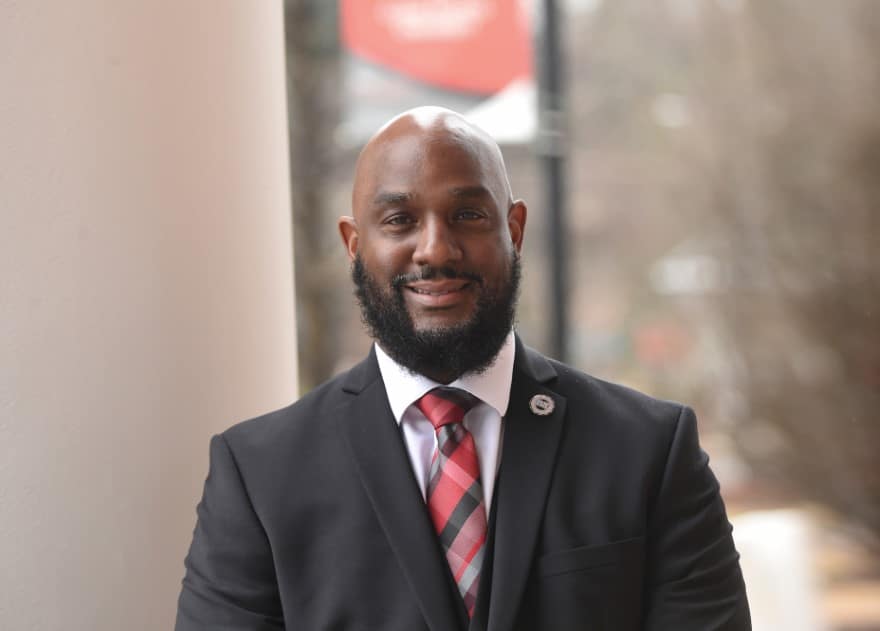 More broadly, Cooper says he’s constantly looking at new opportunities for tech collaborations across the consortium. At a recent meeting, CIOs assessed the pros and cons of combining all their platforms for centralized use across the AUC—for faculty, staff, and students alike—and debated whether to host them on-premises or in cloud.

Pushing change and collaboration has produced benefits for students, but Cooper demurs when asked to take credit.

Cooper’s relentless focus on collaborative relationships has seeped into every aspect of his work.

“His team was well-prepared as we worked through the integration of wireless access points,” said Tim Mercer, president and CEO for enterprise technology consultant IBOX Global. “Having a good relationship with Charles is obviously very important for us. It helps us understand the strategic direction of the college, so we can build on the tech that’s there and build that roadmap for what is to come.” 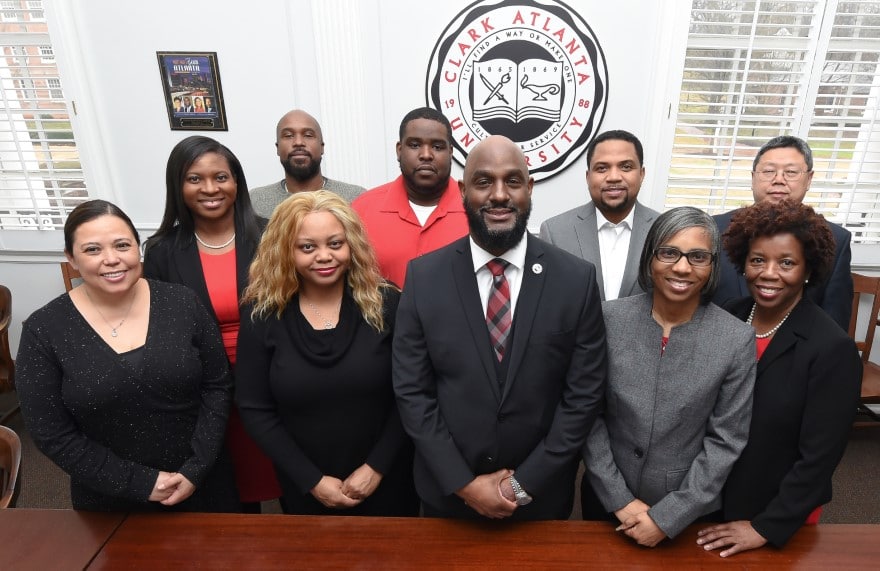 For his part, Cooper credits Technical Operations Director Merlavette Jackson and Director of IT Security Stephanie Singleton for helping him spearhead the school’s IT transformation.

Now, it’s onto the next item on the punch list: beefing up cybersecurity.

Though he knows it won’t be the last.

“One of the things I was brought here to address is to invest in the cybersecurity program and make the right hire for director of IT security—and Stephanie was absolutely the right hire,” Cooper says. “We’re working at a rapid pace to bring our program up to standards along with improving our overall IT ecosystem. Creating an environment of excellence. That’s why I’m here.”