There’s no denying that IT jobs can be stressful, and CIOs handle those stressors in different ways. For Steve Garske, witnessing—and contributing—to the life-saving work done by Children’s Hospital of Los Angeles (CHLA) is enough to push ahead.

“Whenever I have a rough day, I’ll just walk the halls to gain perspective. Watching all of the brave kids, it makes everyone want to try even harder,” says Garske, the organization’s senior vice president and chief information officer. 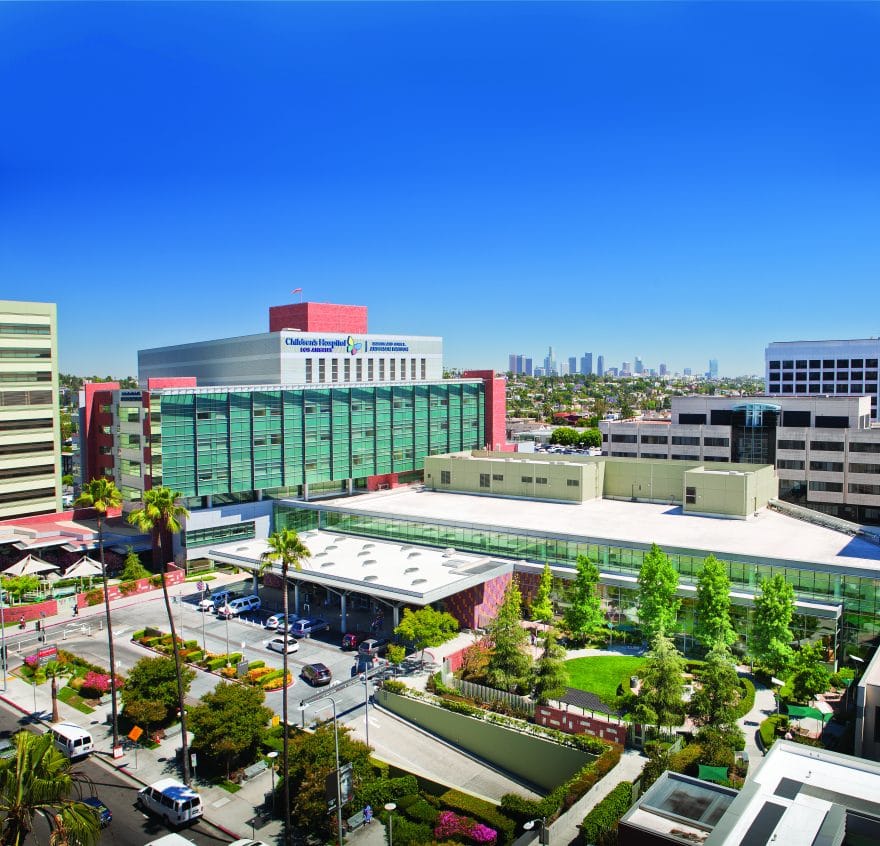 In one instance, Garske and his wife, who works for CHLA’s foundation, attended a soccer match with an 8-year-old patient and her mother. The young patient had brain cancer, was just beginning chemotherapy and was too weak to walk up the stadium stairs.

“I asked her if it would be alright if I carried her up the stairs. She agreed, and was so excited to be able to see the match,” Garske recalls. That was years ago, and now the child is 21, “a healthy young lady.”

Garske is hardly alone in making a difference. He claims, with solid grounds, that CHLA is the best children’s hospital in the world, and he attributes its high caliber to dedicated staff—nurses, doctors, administrators, IT employees—who embrace CHLA’s mission of creating hope and building healthier futures.

As CIO, Garske is careful to hire only those who will be just as motivated by CHLA’s work and mission. He brings potential hires on a hospital tour and explains how he plans to make CHLA’s information services department the best in the country.

“If we’re going to have the best doctors and nurses, which set us apart, then it’s absolutely critical to get the best IS staff as well,” Garske says. 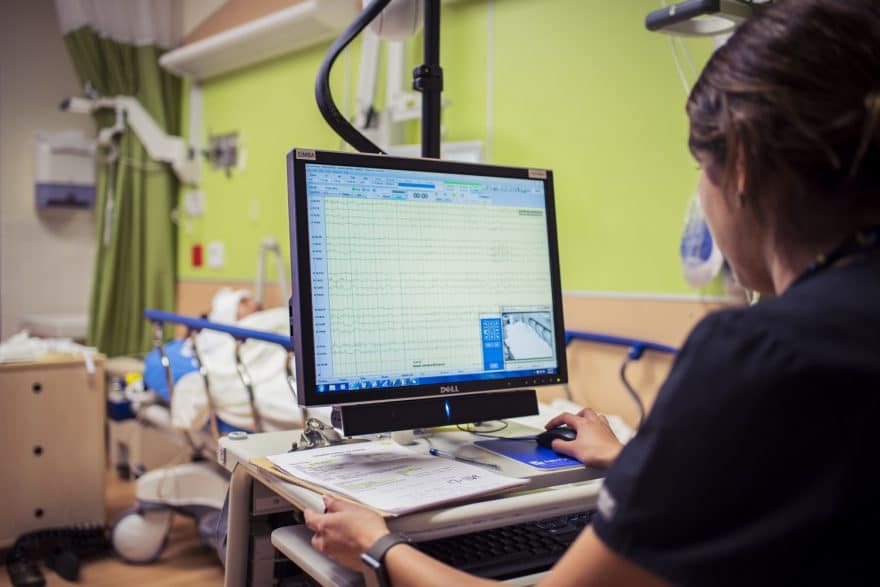 He tries to work with only “the best people,” so when he identifies the most talented IT staff with a particular vendor, he ensures they’re assigned to the CHLA account. Over the years, he’s come to depend on specific consultants for everything from security to servers.

Recent awards suggest Garske and his team are on the right track. Garske was named a 2017 CIO of the Year honoree by the Los Angeles Business Journal, and CHLA received a Health Care’s Most Wired award from the American Hospital Association’s (AHA) Health Forum in 2017.

The mission makes all the difference

It helps, too, that Garske has a longstanding relationship with CHLA. He joined the hospital in 2006 as vice president and chief information officer. But in 2012, Garske moved to Idaho, where he worked for another major health system. Now, more than 10 years later, Garske is back at CHLA. Without hesitation, he says there’s no place he’d rather be.

There’s a vast difference between adult hospitals—where he had been during that away spell—and pediatric hospitals, he says.

Of course, you give your best wherever you are, Garske says, but you try even more and may sleep even less when you know you’re trying to help save a child’s life.

Improving the flow of data

When Garske first worked with CHLA, the hospital was outsourcing most of its technical needs. Garske saw an opportunity to bring that work in-house, and in doing so, he and the team saved CHLA approximately $80 million over six years. 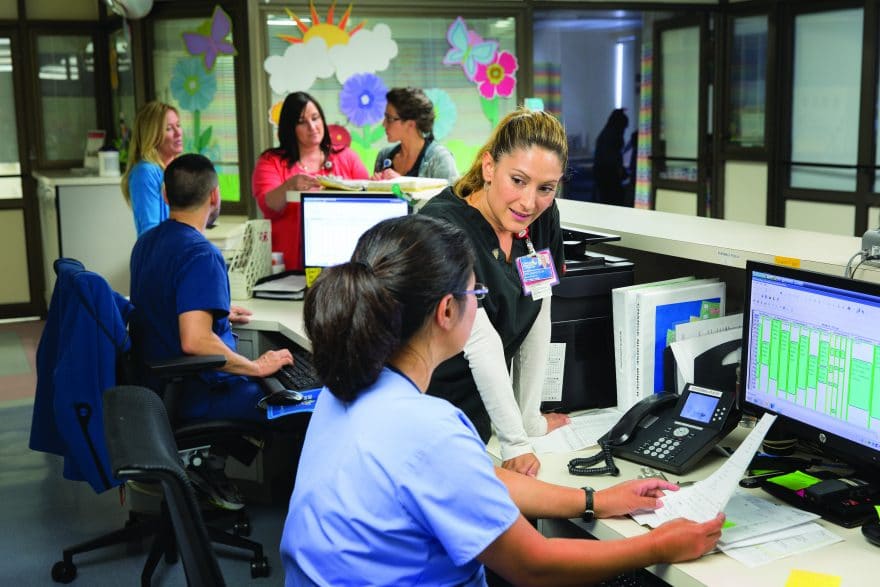 This time around, Garske is focused on improving access to and securing patient data. Garske’s team, along with CHLA’s chief strategy officer Lara Khouri, created myCHLA, an online portal that allows more than 100 physicians to access real-time patient data and refer patients for care. myCHLA is integrated with the hospital’s electronic health records, and Garske and his team are constantly adding new functions.

The project was no simple task. It required consolidating data and connecting many disparate systems. It took about a year and a lot of cross functional help to get myCHLA created.

Now, the IT team is looking to CHLA’s electronic data repository (EDR). It’s exploring cutting edge data storage technology, different types of databases and taking the time to make sure its data governance policies are sound. Ultimately, the goal is to make patient data more accessible and accurate.

Through all of this work, Garske is humble, yet driven. He doesn’t seek out technology for technology’s sake, but strives for results, and he takes the work CHLA does very seriously.

“We have to be the best all the time,” he says. 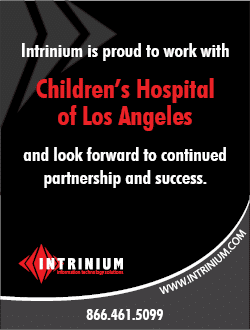 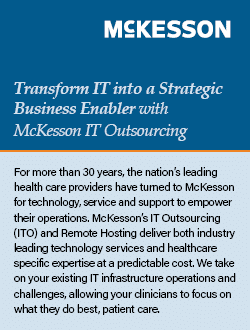 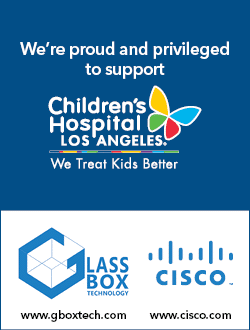 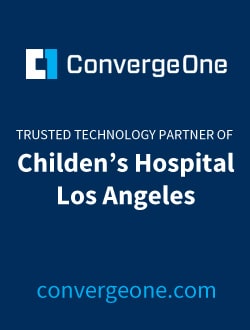