Wide-eyed children looked on, as did a couple of teachers, as Chris Cummings went about upgrading a computer laboratory as part of his duties as information technology director at Pineywoods Community Academy in Lufkin, Texas, back in 2009.

Formerly a Naval electronic warfare technician who had criss-crossed the globe while carrying out sensitive functions, Cummings hadn’t expected to attract so much attention. But here was a chance to display how technology can render the learning process into literally an out of this world experience, so he took his audience on an impromptu 10-minute tour of the moon, courtesy of Google. 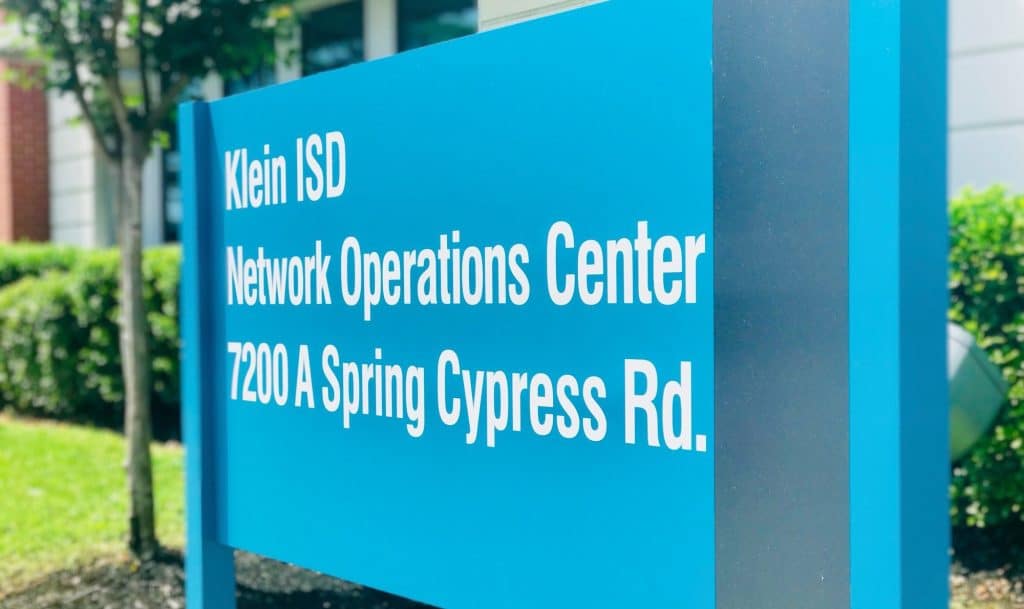 How mesmerized the onlookers, he recalls. What a difference between this kind of learning and the blackboard lessons of his schoolboy days.

“It wasn’t just the children, but the teacher, too, engaging in a way I hadn’t seen in the past,” Cummings recalls during a Toggle interview this past February. “It really gave me a glimpse of educational technology’s potential. It really made me want to take on bigger projects. Now I have the pleasure of doing it for an even larger school district.”

And it’s almost certain to get more rewarding as Cummings settles further into his more recent role as director of technology at the Klein Independent School District, which serves 53,000 children among 47 campuses in northwest Harris County along the Lone Star State’s Gulf Coast.

Time was fairly recent when IT was perceived as a maintenance service at Klein ISD—essential to operations, but not so much to learning.

That changed prior to the 2016-17 academic year, when Bret Champion was plucked from the Leander ISD near Austin, to be superintendent of the Klein schools. A dynamic personality, Champion launched what he calls the Promise2Purpose vision, which seeks to align all the school district’s departments in a common goal.

Seeing some of his own traits in Cummings, who had been Klein’s IT manager of services and applications since 2014, Champion promoted him to info-tech director in late 2016, entrusting him with the general assignment of emphasizing customer service—those primary customers being students and teachers.

Change the culture and perception of IT, Cummings was advised. Be innovative and student focused.

He did and he was.

“We paired IT professionals with the people building the curriculums,” says Cummings, who oversees about 100 technicians distributed among the district’s 87 square miles. “By doing so, we streamlined a lot of processes; we have tech support as well as tech development all in the same department. It’s been great to see everyone pointing in the same direction.”

No one’s likely to get lost with Wayfinding in place. The same Bluetooth Beacon software that enables people to get around a hospital, stadium or big government building has been implemented on apps at the schools, ensuring no one loses time asking for directions or entering the wrong room. Quite the stress-reliever, Cummings hears, especially at the high schools with 4,000-plus students scurrying between classes.

Assisting in this upgrade and many others, have been some very reliable vendors, including Layer 3 Communications, an Atlanta-based company that’s long maintained a strong relationship with Klein. Cummings lauds the company’s infrastructure architects and project managers as among the info-tech industry’s best, their benefits including staff optimization and multiple vendor integration. 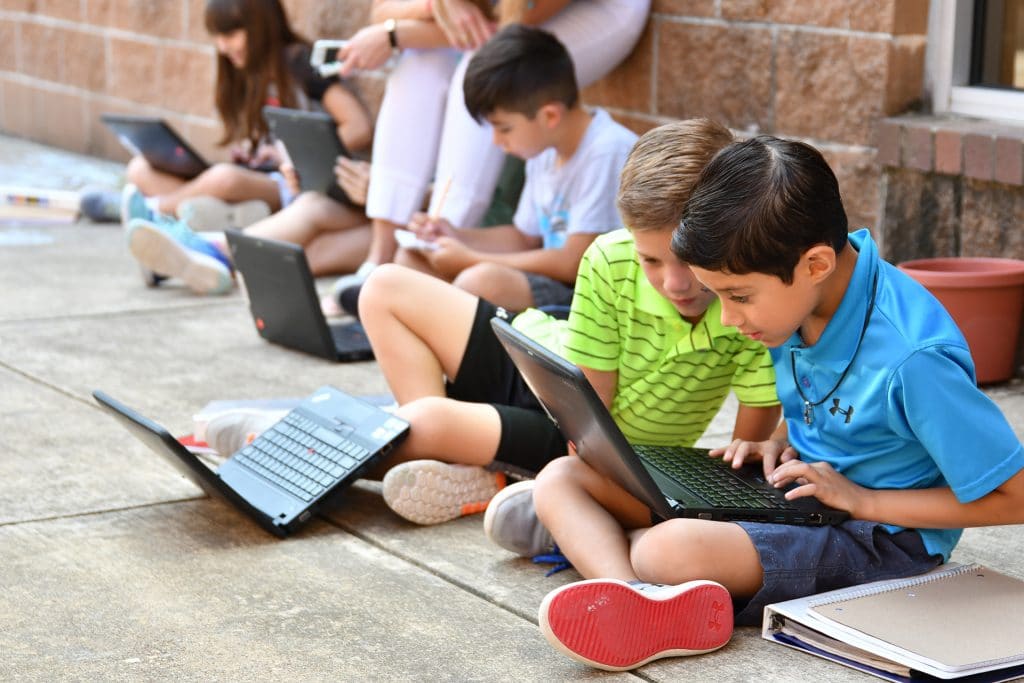 “Their guys are here whenever I need them,” Cummings says. “They provide everything from planning to trouble-shooting.”

Cummings also teamed with CIS, a technology integration company, to implement an identify management system, simplifying what used to be a time-consuming process of previsioning accounts. Manual processes that were cumbersome and took many personnel to accomplish, are now completed in seconds rather than days.

An education trend being personal learning, Cummings’ contributions in this area include the implementation and service of more than 70,000 end-user devices, of which 34,000 are take-home computers for secondary students. It’s part of the district’s vision to provide technological opportunity and equity, ensuring that no student lacks the technological means to advance.

That Promise2Purpose ideal seems to be pursued with commitment, with accolades rolling in for the school district.

Last year, Klein Forest High School was the only Texas high school to be recognized as one of 65 State Schools of Character by an organization known as Character.org, which advocates for core ethical values. With credit due across the board, the IT team could take its share as it uses its platform to impart positive messages. 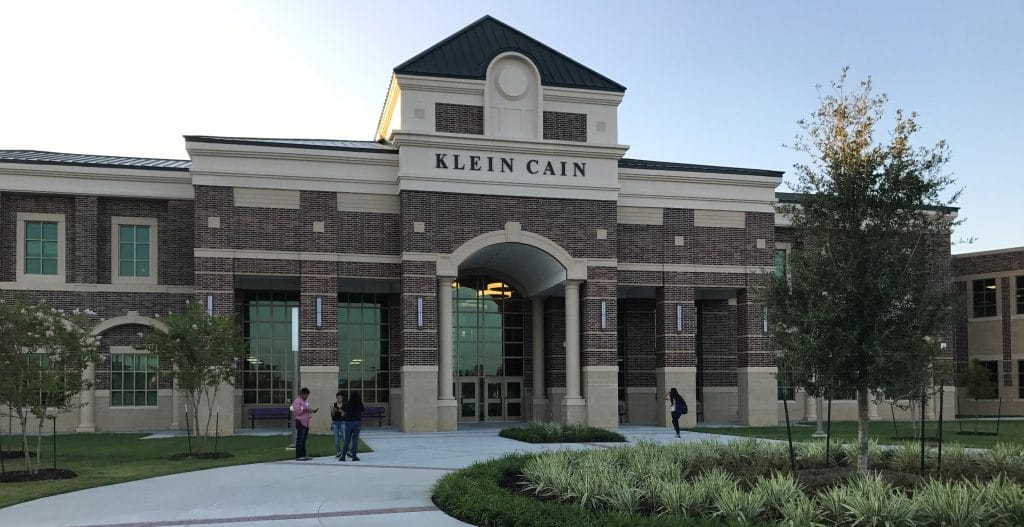 For Cummings, it’s such events that further vindicate his career shift into info-tech at the academic level. His Navy role was exciting enough as he supported tactical operations and maintenance of the most sophisticated electronic detection and deception systems out of Norfolk, Virginia. But seven years-plus of that fast-paced lifestyle was enough, as it wasn’t conducive to family life.

So in the fall of 2005, Cummings began a three-year run as a systems engineer for the Scitor Corp., a premier integrator in the technical, engineering, intelligence and enterprise info-tech markets.

A three-year stretch as Pineywoods’ tech director began in 2009, and it was while upgrading technology there that he crossed paths with a gentleman who offered some very simple yet profound advice.

“He tells me, ‘this is where you belong and will make the most impact,’” Cummings remembers. “The education environment.”

That environment has since become Klein, where Cummings has deepened his roots by becoming a volunteer firefighter for the unincorporated community north of Houston. “Serving my community and educating others on the technological tools required be successful in the 21st century is my passion,” he says.

And who knows what advancements the next generations will bring.

“I have twin 2-and-half-year-olds and you should see how they interact and learn from their tablets,” he says. “They, too, remind me how essential technology is in educating the next generation.”

“Same for the students at Klein. We did an innovation tour this spring, and visited a new Gateway to Technology class geared at bringing technical skills to students earlier in their education. The coding and projects they were engaged in were amazing. We have a lot to learn from them.”