It’s odd, muses Chris Hartley, how the housing industry seems a stride or more behind the rest of the business world when it comes to harnessing technology. A home, after all, is most everyone’s biggest investment. Smart would be the homebuilder who uses info-tech to attract and service buyers, especially those of a new generation.

Which is how Dallas-based Dunhill Homes has taken to operating under Hartley, its young, tech-savvy vice president of sales and operations. Aided by a few high-tech companies that have become strategic partners, Dunhill Homes just might be poised to set the industry standard. 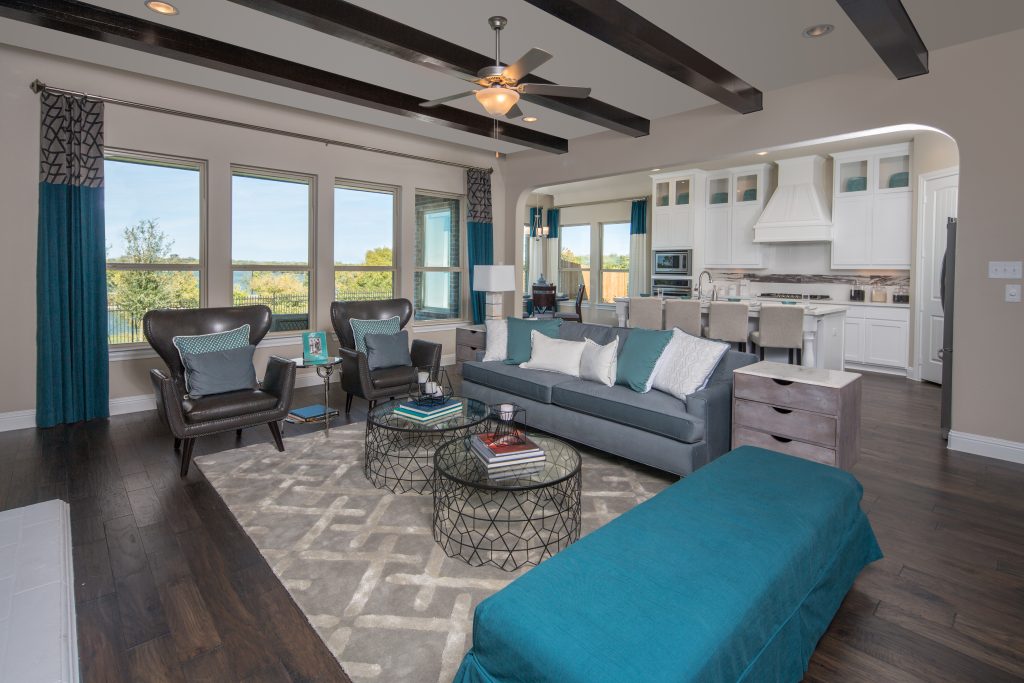 Just months into the new modus operandi, the initial results are plenty encouraging, Hartley tells Toggle in mid-August. The most likely homebuyers are identified early through a couple of simple questions—gauge your interest on a 0-10 scale and tell us why—and corresponded with via text messages from a third party, garnering far more responses than traditional follow-up.

And for folks who simply want to view a spec home from the inside, thanks to the implementation of another technology, they can do so without a sales rep accompanying them.

More on that latter process later, but first let’s hear Hartley explain how his earlier IT initiatives positioned Dunhill to give the company an advantage in the very hot Dallas-Fort Worth (DFW) housing market.

Not just by the letter

It was only earlier this year when folks interested in a Dunhill home would fill out a guest registration card that a salesperson would enter in the Customer Relationship Management (CRM) system. Operated by Lasso CRM, an Internet of Things specialist based in Vancouver, British Columbia, the customer’s interest would then be graded using the A-B-C-D ranking.

Seemed cutting edge at the time, and by another company’s standard it might well have been. But, in Hartley’s words, it was “a very manual process” in need of streamlining, his views ascertained after he conferred with a friendly homebuilder from Utah who reminded him that most folks now keep their phone within arm’s length 23 hours a day. That homebuilder also referred Hartley to an enterprising man named Bassam Salem, who runs the software company AtlasRTX in Park City. 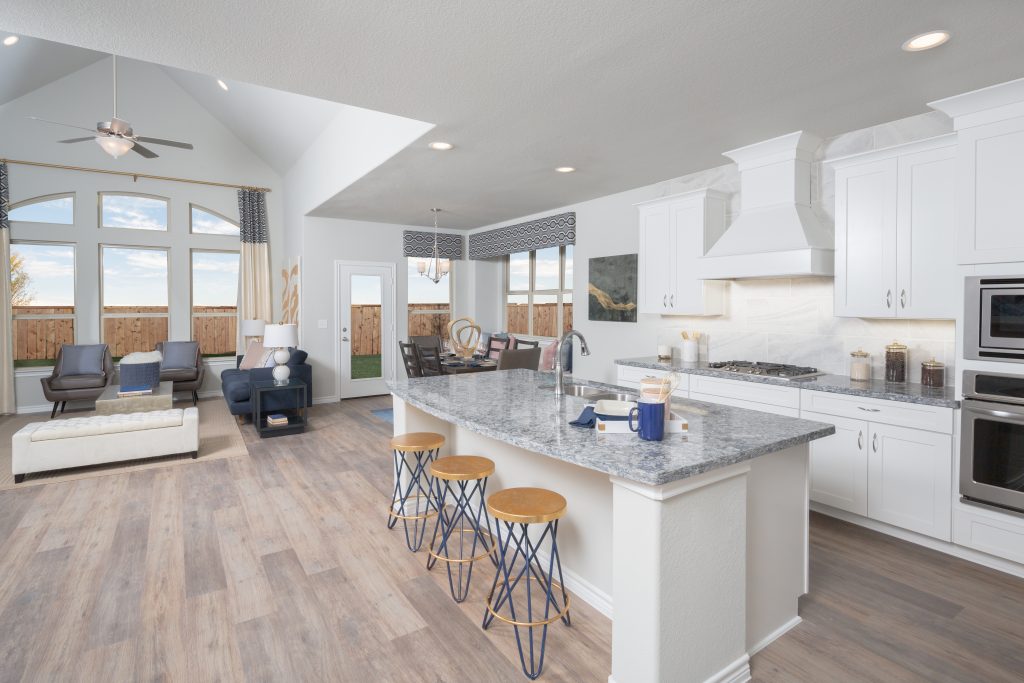 Well-versed at implementing Chatbox and text messaging into the sales process for a variety of clients, Salem and his team devised a system for Dunhill that followed up on Lasso by quickly contacting a prospective buyer via text and asking him or her to assess their interest from zero to 10, with the most likely customers identified for almost immediate follow-up.

Surprisingly enough, the Dunhill sales team wasn’t initially thrilled about having to operate with both the Lasso and AtlasRTX systems. So this past January, Hartley sat down with the bosses of the two companies to develop a now fully integrated system.

Information entered in Lasso now automatically triggers the customer’s response, with AtlasRTX’s texts focused on the most likely buyers, those in the 8-10 categories. The lesser categories aren’t ignored and may even move up a rank after follow-up.

“It was a no-brainer, getting those two companies to work together,” Hartley says. “The overall response rate has become 70-percent-plus. Compare that with response from emails that often wind up in spam or get deleted. This has increased our rates of return and lessened our turnaround time. We’re selling significantly faster to the ‘A’ prospects than ever before.”

And, as Hartley reminds, Dunhill is also doing well with another constituency, the so-called drive-bys.

“Drive past an auto dealership on Sunday when it’s closed, and it’s going to be full of people looking,” Hartley muses. “They want to do so without a salesperson following them around. Well we think the same holds true for some homebuyers.”

The DFW housing market only growing hotter through corporate relocations, Dunhill expects to build around 400 homes this year, ranging in price from the $200,000s to $600,000s. In each subdivision or community, there’ll be an unfurnished spec home that can be toured without a sales rep, thanks to Dunhill’s partnership with NterNow, a Marietta, Georgia, company whose patented Call-A-Key technology allows identity-verified potential buyers on-demand access, sunrise to sundown, 365 days a year. 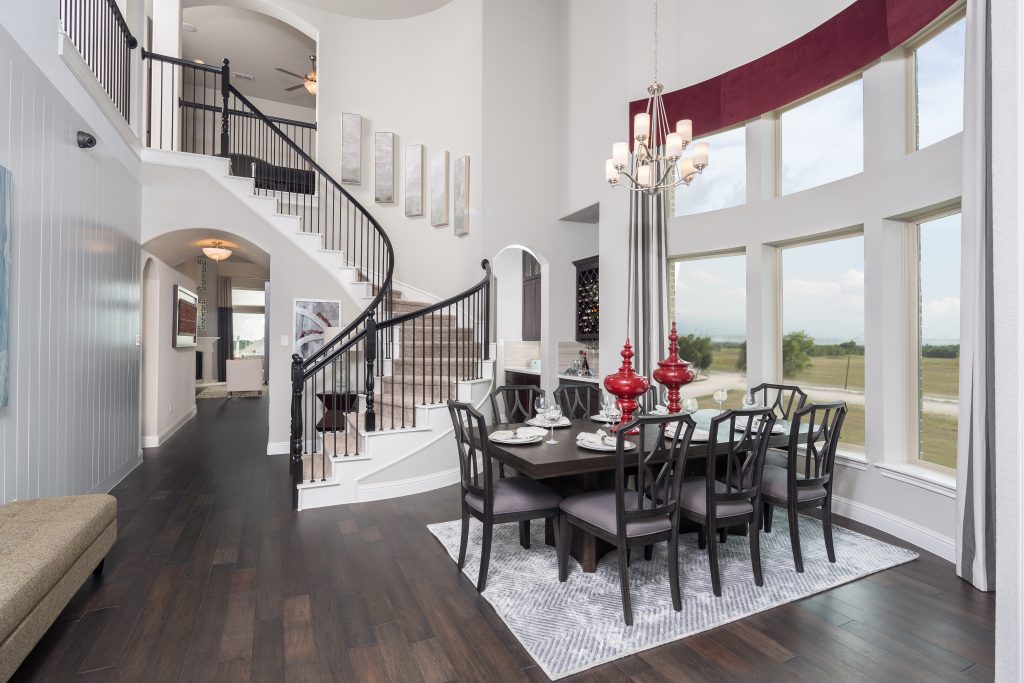 As Hartley explains, the specialized lock with keypad can be accessed by downloading an app, the prospect is then given a four-digit code that changes every 30 seconds. The prospect’s phone number logged in to Lasso, there’s an interest-gauging text coming 45 minutes after entry. As soon as the spec home is sold, NterNow’s lock goes on another door.

“We’re changing the way a home is sold, and what an integrated process we have,” Hartley says. “With those three companies, it makes for a very streamlined system.”

And a very overdue one.

After all, the modern consumer is buying most everything online—groceries, clothes, even cars. Homes, of course, represent a bigger commitment, thus belonging in a most specialized category. That said, gone are the days when a buyer will pore through a newspaper’s real estate section for the latest offerings. A homebuilder or realtor better have a strong online presence.

In this area, Dunhill Homes has long been ahead of the curve and it’s only grown stronger with the recent enhancements. There may be more en route.

“I’m always looking for new technology as a means of reaching out to you,” Hartley says. “We’re always finding new ways to enhance the experience and make it seamless on the buyer and seller.”

And about that sales force that, not too long ago, wasn’t sold on the process?

Well, Hartley assures, they’ve bought into the Lasso-AtlasRTX-NterNow system all the way. Wasn’t a hard sell at all.