Chris Hoke is known to joke that prayer is a very important part of IT.

As CIO at the University of Jamestown in Jamestown, North Dakota, and a former youth pastor, he should know. In nearly 25 years at UJ, he may not have yet guided the school out of the proverbial wilderness to the promised land of IT bliss, but he’s led the shift from servers to the cloud. 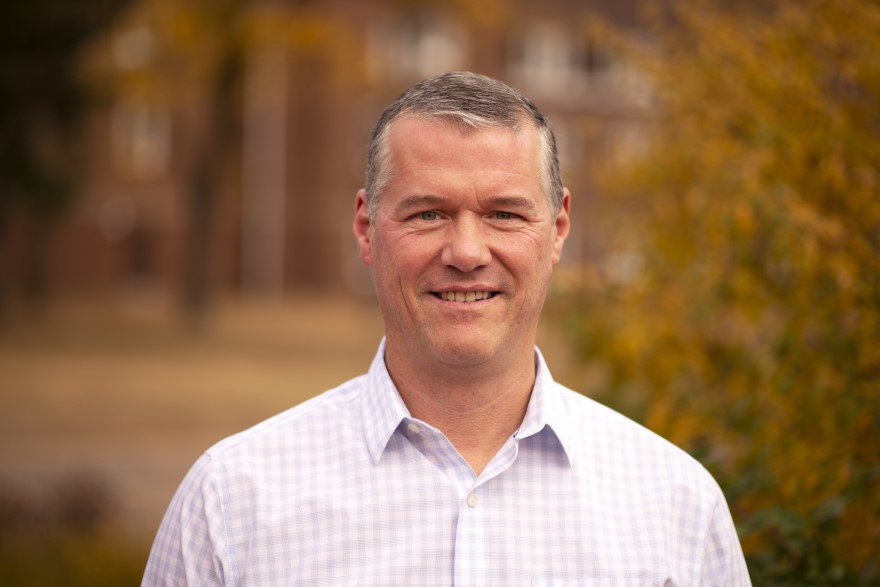 Hoke and his IT team of four not only helped UJ through the tribulation of the COVID-19 pandemic, they’ve also brought in a new lure for students with an esports program.

It all adds up to a career that’s long on experience and never short of thrills for Hoke.

“We’re not afraid to give some new things a try, which makes it very exciting in technology,” he says. “We adapt and meet students where they’re at and put our emphasis on the whole of the student.”

Faith in the future

Founded as a Presbyterian school, Jamestown College opened its doors in 1886, three years before North Dakota became a state. Almost immediately, there was adversity—an economic depression in 1893 closed the school. But the Presbyterian synod kept its faith in the need for education and the college reopened in 1909. Jamestown College became a university in 2013 and now offers 40 programs of study to about 1,000 students.

In a move concurrent with launching UJ’s online programs in fall 2019, Hoke shifted the learning management platform to a cloud hosted by Boston-based Jenzabar. 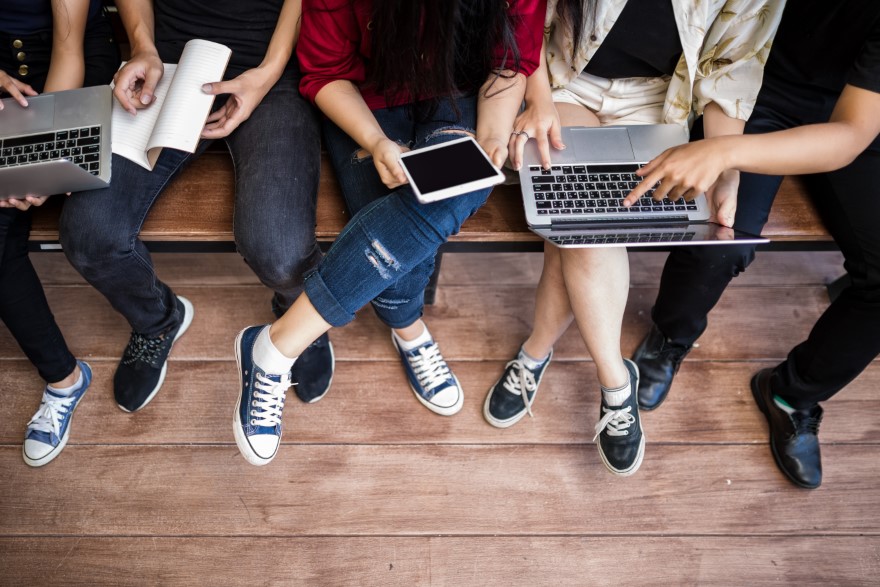 Cloud management was essential, he explains, because UJ lacks a generator to power the school during inclement weather or other emergencies, making content stored in a UJ data center inaccessible when the electricity goes out. The move to the cloud soon proved fortuitous because it allowed a full shift to remote learning necessitated in spring 2020 by COVID-19.

Though UJ completed its spring term by remote learning, Hoke says he and his team needed more resources to ramp up for the fall semester, whether it would be held virtually, in class or some mix of the two.

Yet even as they began installing cameras and microphones in some classrooms for Zoom meetings and assembling mobile carts with those same components for instructors’ use, they did so knowing grants might not cover the costs for new tech. However, if they waited to make the purchases, these sought-after supplies might have run out. 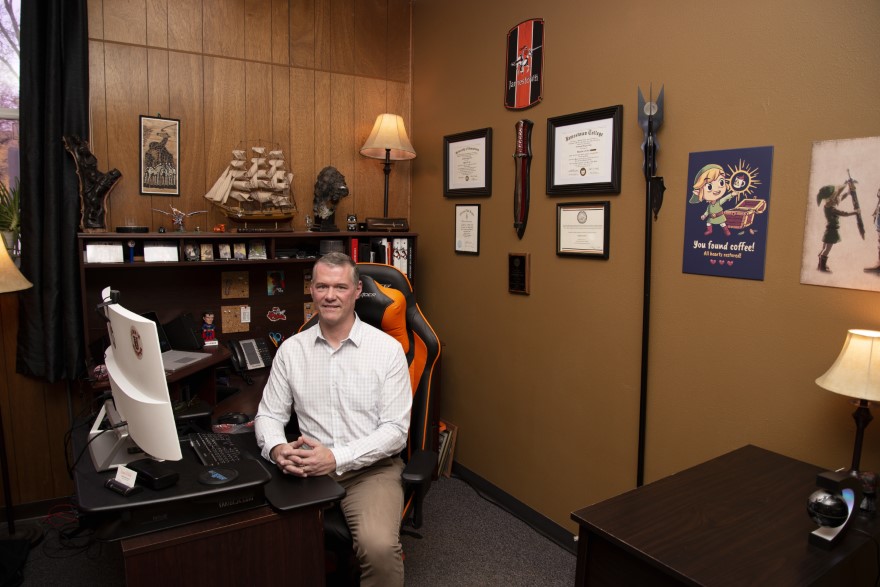 Meanwhile, university staff was reconfiguring classroom space to accommodate social distancing guidelines and getting items such as face shields to be used in labs.

The payoff came in September, as the campus reopened with safety guidelines and technology in place for learning, as well as the improved online accessibility brought about by the shift to the cloud. The grants came through, too.

The hybrid model and cloud accessibility can be especially useful for the university’s student athletes who need to study while on the road, and Hoke was also instrumental in upping Jamestown’s game through the introduction of esports in 2016.

Though he’s been a gamer for much of his life, he credits a UJ admissions counselor with initiating esports on campus after hearing about it at a conference.

“We felt like the school was missing a whole group of students who could feel like a part of the campus,” Hoke recalls. “So I was asked how it could be set up.”

He helped select the former student media center for the gaming arena due to its many network ports and dedicated internet service provider line.

Hoke then turned to Gravity Gaming by ByteSpeed of Moorhead, Minnesota, for computers with plenty of RAM, graphic capabilities and screen lighting for all the action. As the team’s technical advisor, he also helped set up the networking and streams for the competitions.

More than 35 students now compete on six teams, drawing recognition that exceeds what other Jamestown athletic squads get for their games. When Jamestown’s Hearthstone team was invited to appear on the Hearthstone Twitch channel, its esports match with the University of California, Irvine drew 4,000 viewers.

“We’re the first university in North Dakota to jump onto esports,” Hoke says. “None of our teams, no matter what sport, typically has a viewing level of 4,000 for a particular game.”

Born in Kansas, IT wasn’t Hoke’s only calling. He  grew up in North Dakota and studied computer science, religion and philosophy at both Jamestown and MidAmerica Nazarene University.

He earned his bachelor’s degree in religion and philosophy from Jamestown in 2006 as well as a Master of Arts in Leadership in 2017. 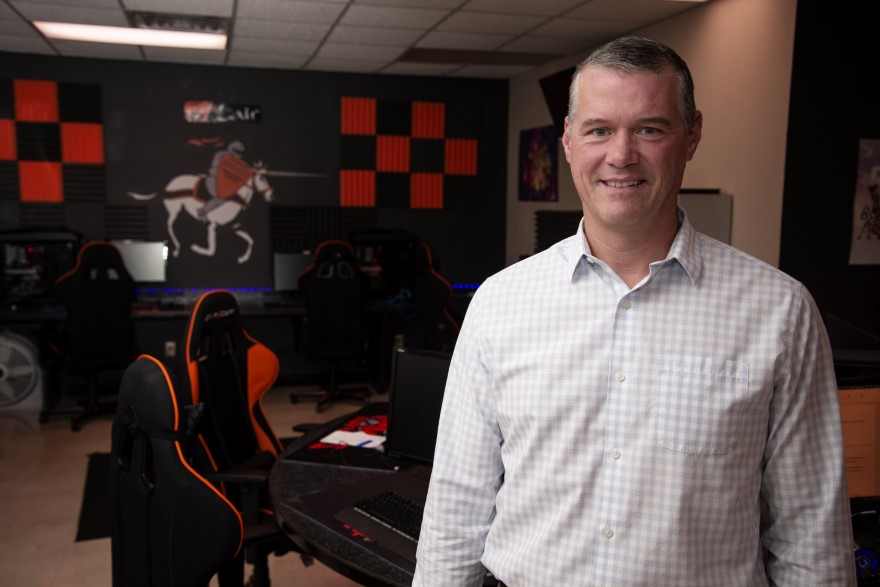 As an undergraduate at Jamestown, Hoke became a network administrator while also serving part time as a youth pastor at Temple Baptist Church. After getting married, he left his pastoral work and focused on the university.

“I still recall a stack of 32 external modems in our old tech room,” he notes. “You’d walk in and hear those things going off left and right.”

He was named CIO in 2015, and the position was elevated to university cabinet level in 2019. That gave Hoke a larger role and voice in decisions about UJ’s future, and he says adaptability will always be an emphasis.

“We’ve been able to bring in students because of our esports program, and we’ve been able to shift to online learning,” he says. “So one must be able to view the landscape and see what’s coming. Implementing new technologies and programs in order to take advantage of them for the betterment of the institution is crucial.” 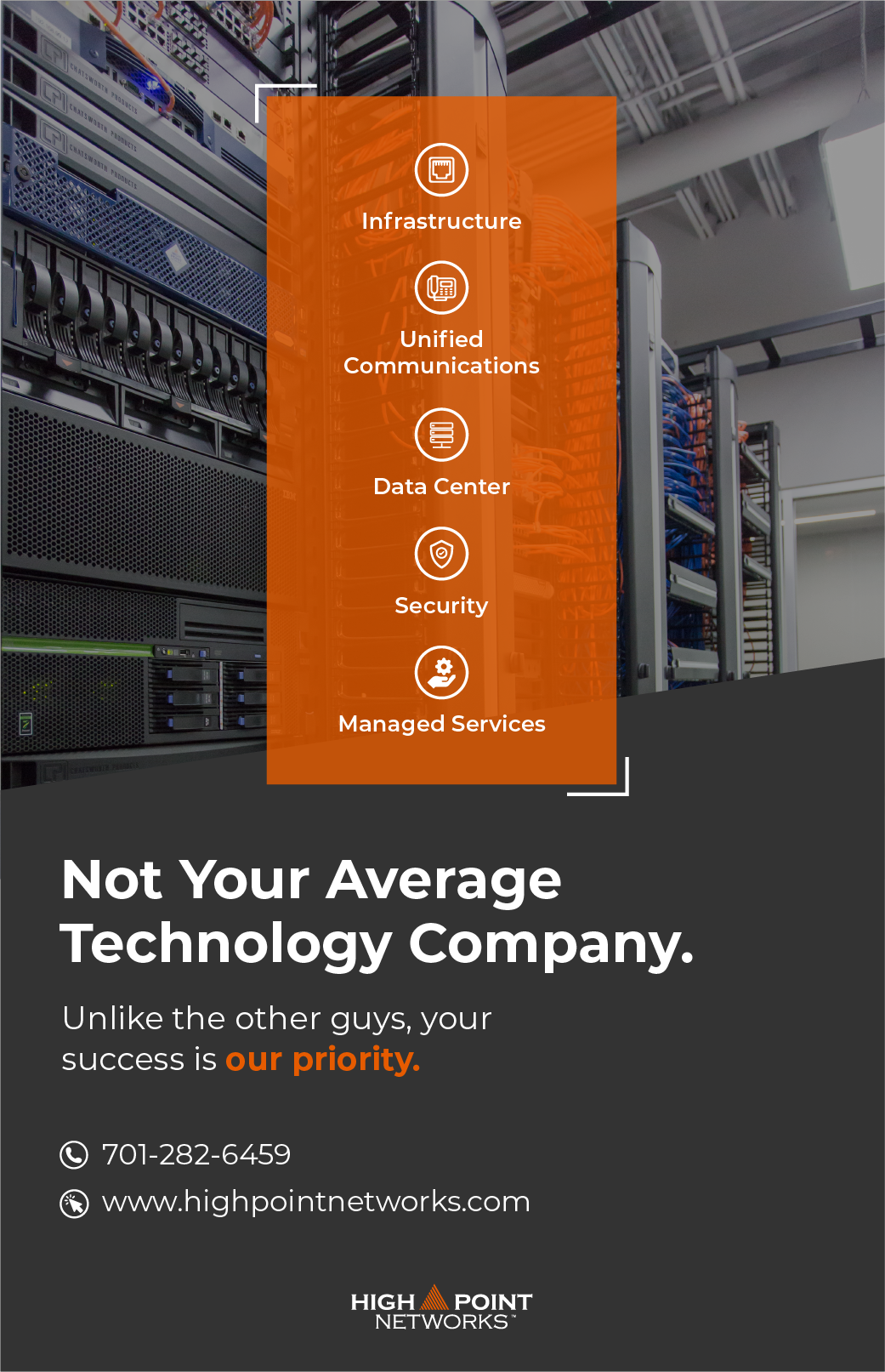 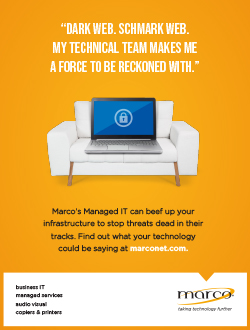