IT service all in the line of duty for hospital CTO

It’s not far off the mark to say Chris Myers endured everything but a swarm of locusts in 2020.

A pandemic, tornado and multiple cyberthreats top the list of calamities the chief technology officer at Doylestown Hospital confronted, and just for good measure, the pandemic surged twice and remained very much a public health threat when he spoke to Toggle in early 2021. 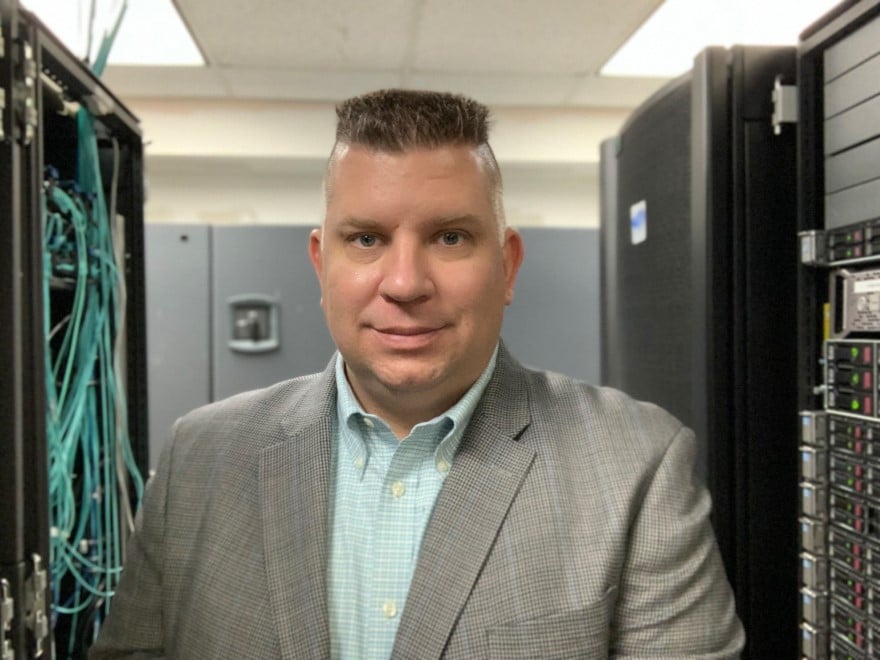 Yet working behind the scenes to provide the IT and security through these crises was not nearly as daunting as what the front-line healthcare professionals and patients faced, Myers says. The lessons learned from the year will help the hospital and its network remain a pillar of community care, he adds.

“We kept the hospital running for our clinical team,” Myers notes. “It’s something the doctors and nurses didn’t have to think about. But it shows how important teamwork is. You won’t survive something like this alone. All departments count on each other and work together.”

Doylestown Health, anchored by Doylestown Hospital, has provided community care in Bucks and Montgomery counties since 1923. The hospital was founded by the Village Improvement Association, formed in 1895, which continues to oversee its governance. 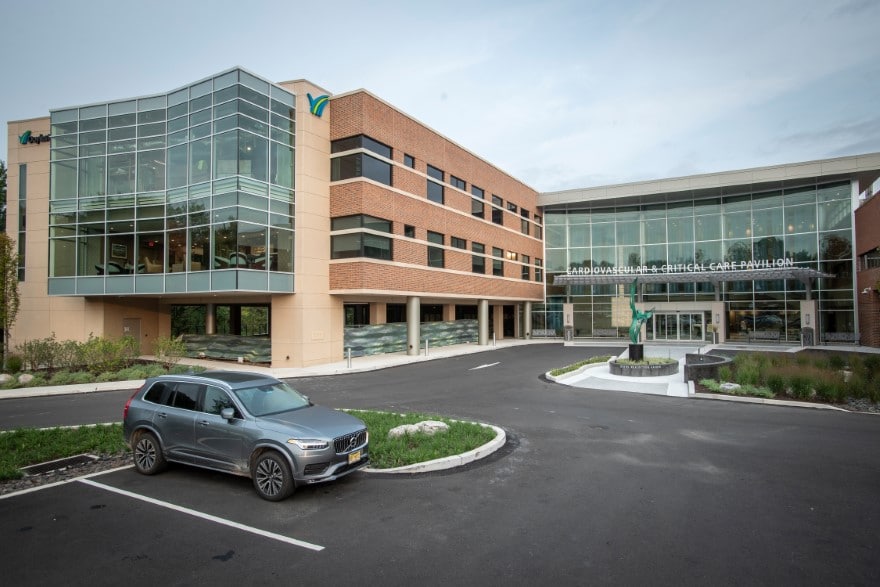 Its reputation and quality of care are well known in the Philadelphia region, Myers says, but the hospital and network are also challenged in a time when consolidation is changing the face of health care.

To continue and expand its role, a new Cardiovascular and Critical Care Pavilion opened in 2020. In the same building, a new intensive care unit is expected to open in spring 2021. Doylestown Health also opened its Clark Outpatient Rehabilitation Center on Dec. 3, 2020. All the projects have been largely funded through area philanthropy.

Taking care of the community took an entirely new turn in 2020, as the COVID-19 pandemic struck in the early spring and then returned with a new fury in the fall.

Though Myers wasn’t among the healthcare professionals coping with an overflow of patients at the 232-bed hospital, his IT acumen was tested as he created the infrastructure to enable physicians, nurses and staff to work safely and effectively. 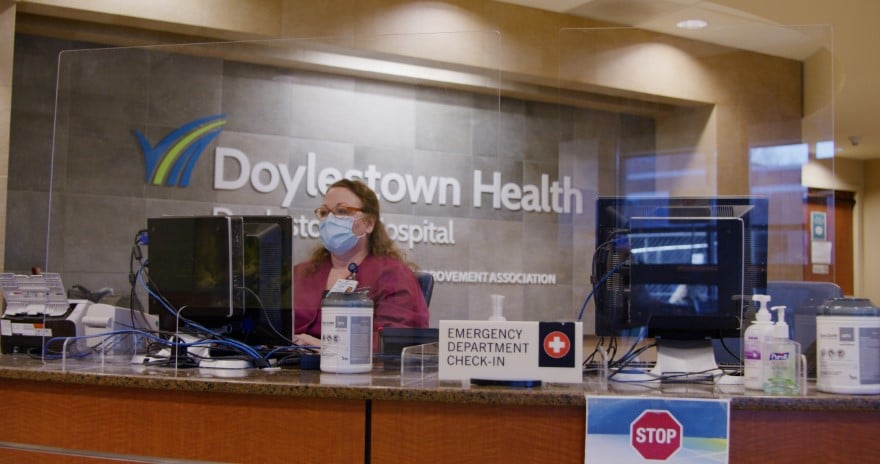 “It got real when the tent went up,” he recalls.

The tent was erected in Doylestown Hospital’s parking lot as a triage area to handle up to 30 patients, away from the emergency room. Patients could be treated for COVID-19 with portable X-ray machines and antibody infusions without overwhelming hospital departments.

Setting it up, Myers says, hearkened back to his duty early in the Iraq War when he served as a reservist in the U.S. Marine Corps.

Fiber lines were strung over Doylestown Hospital’s roof to make the IT connections, and the tent also needed Wi-Fi access points. Even though spring was approaching, heat was needed to protect patients and equipment, and reliable power was crucial.

“Power can be a silent enemy,” Myers says. “You need to monitor it 24/7, especially if you’re plugged into a portable generator and have to treat patients.”

The tent stood through the first surge of cases and Doylestown Health also set up an off-campus drive-thru COVID-19 testing site that required more IT support behind the scenes to make it operational.

Meanwhile, inside the hospital, health care staff needed more devices, including iPads, as telehealth use emerged and increased. Nurses donned personal protective equipment and used an iPhone with a TigerConnect app that’s compliant with the Health Insurance Portability and Accountability Act of 1996, to text and share videos while caring for COVID-19 patients. 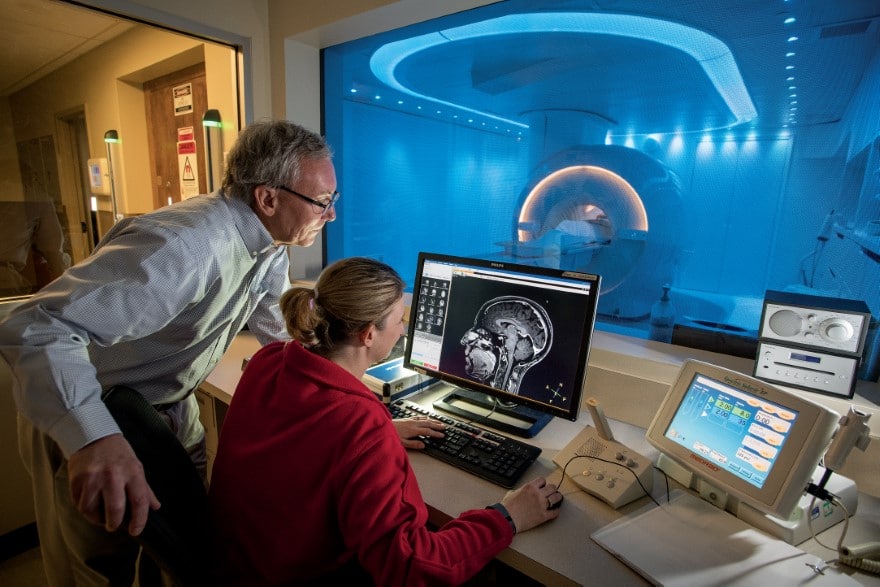 All it took to enable this was upgrading the license—but procuring devices proved more challenging.

“Getting iPads and web cameras jumped to the top of the shopping list overnight. Everybody wanted mobile tech to support telehealth,” Myers notes.

On Aug. 4, not long after the tent was taken down, Tropical Storm Isaias struck, touching off a tornado that tore the roof off the Children’s Village child-care center on the hospital campus. No serious injuries occurred, and within a week a new location was found where a day care center had closed so recently, there were still toys on the shelf, Myers says.

What it lacked was equipment and connectivity, but he and his team quickly equipped the building with internet, Wi-Fi, alarms, computers and new printers. It opened Aug. 11. 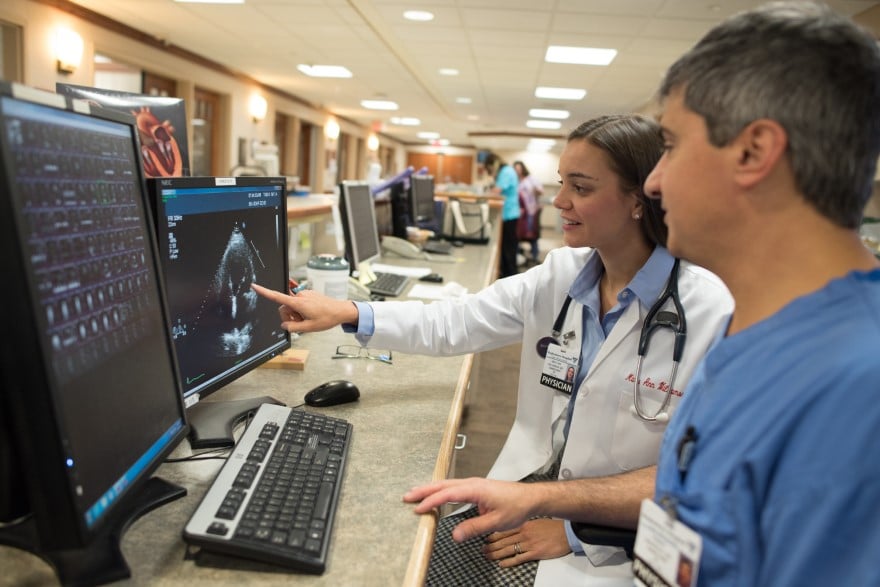 Secure in a new building, Myers and his team soon encountered another threat to Doylestown’s cybersecurity as, in late October, the FBI issued warnings of imminent cyberattacks directed against healthcare systems. The threats came as the pandemic entered a period of resurgence.

Myers says it took three weeks to fortify Doylestown’s cybersecurity beyond an already established security program. News of Russian breaches at the Department of Homeland Security, Department of the Treasury and Department of Commerce required more reviews and measures taken at Doylestown, even as the tent was set up again.

In 2021, Myers says Doylestown Health’s MIS department will be crucial to vaccination efforts—he reported getting his second vaccine in mid-January. IT infrastructure needs to be monitored and stable to handle the surge of testing, admissions and vaccines, he adds.

“This translates to an increase in calls, emails and stress on the telecom systems,” Myers says. “It’s our job to make sure we adapt these systems to scale to handle the load and be available for our patients to get the care they need.”

Myers, who’s from the Philadelphia area, was studying engineering at Tulane University when he was called to duty as U.S. and coalition forces invaded Iraq in March 2003.

His tour of duty as an intelligence analyst led him to change his major when he returned to civilian life. He earned a bachelor’s in organizational information technology in 2005, while remaining a Marine intelligence specialist through 2007. 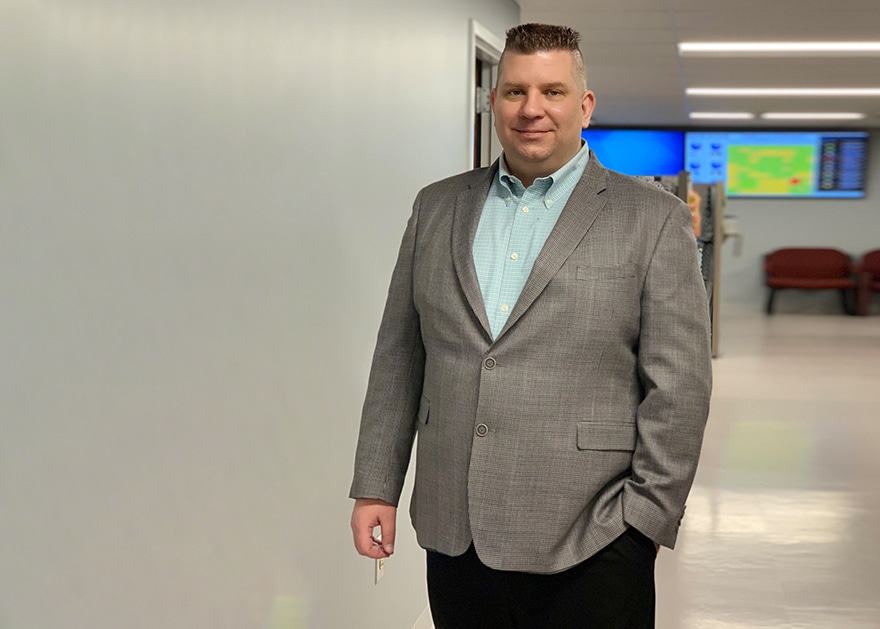 In 2005, having been displaced by Hurricane Katrina, Myers returned to Philadelphia and joined the Locks Law Firm as a systems administrator. He was promoted to IT manager in 2008 and IT director in 2009. While at the firm, he also earned his Master of Science in Information Systems from Holy Family University in 2011.

Doylestown is far removed from Iraq, but it drew some comparisons from Myers, not the least of which is setting up a tent in the parking lot more than once. Before shipping out to Iraq, he needed vaccinations, then against anthrax and smallpox. And like the cyberworld in Doylestown, Myers was uncertain where an enemy threat might come from. It’s also not over until the enemy is defeated, he says, even when the enemies are COVID-19 and cyberthreats.

“It’s still about intelligence and working behind the scenes to help everyone do their job on the front lines,” he says. “It’s definitely about championing a collaborative effort of ‘what do you need, what do we have, what obstacles can we remove and how can we be supportive of our associates and patients.’” 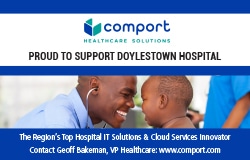 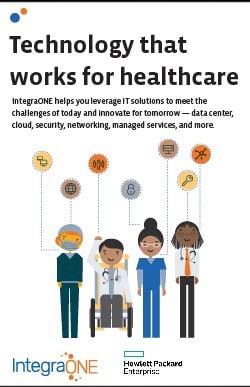 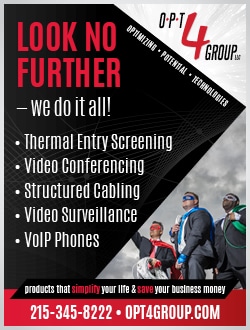