In the last few years, classrooms have become crowded with technology. Schools have been integrating it into instruction, and students have been bringing it in the form of smartphones, apps and social media.

This has changed the job description for people like Chris Turner, directory of technology for Brighton Area Schools in Brighton, Michigan, a medium-sized district with more than 6,000 students. Instead of being solely technology advisors, information technology (IT) professionals like Turner have become part of institutional leadership to help oversee the complications resulting from the rapid influx of technology into schools. 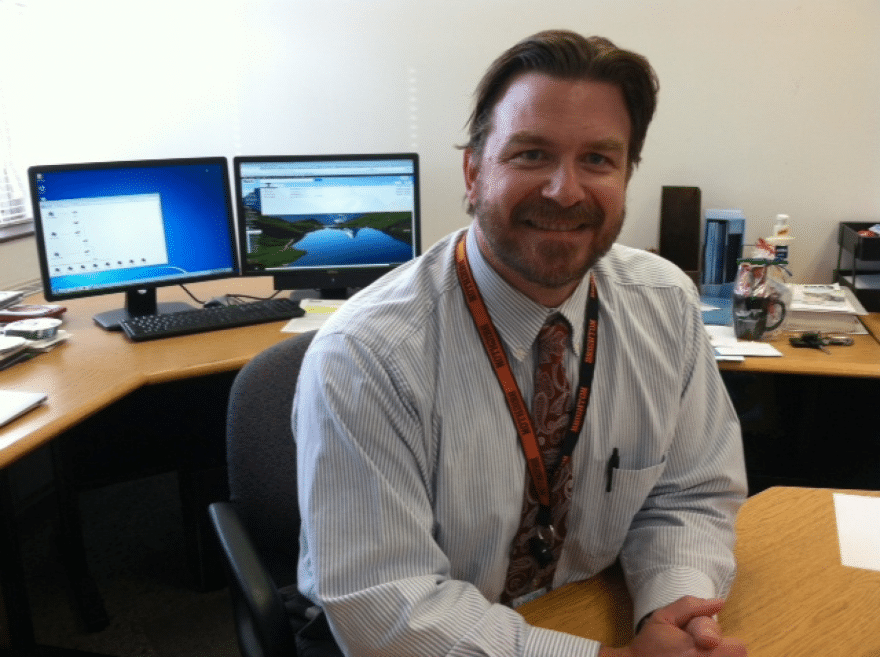 Located about 20 minutes from Ann Arbor and 45 minutes from Detroit, the Brighton Area School District is home to a growing student population and more than 600 employees. Brighton has made a push to be an early adopter in terms of instructional technology and a model for effective programs that enhance student learning, ease of use and incorporate instructor professional development that goes hand in hand.

Turner is part of a five person IT team at Brighton that works with students and staff to understand how to best incorporate technology into the classroom and curriculum and understand its impacts. He and the IT team do much more than run IT support tickets and troubleshoot technology problems; they are informed on forthcoming technologies and the impact those developments will have on instruction. “We provide a technological interdependence between departments like finance and operations and human resources, and we have even had the opportunity to rescue cherished family photos on failed teacher laptop hard drives,” says Turner.

In addition to the in-house IT team, the Brighton Schools have three IT integration coaches, who help teachers incorporate new technology into their classrooms. “I think we have done a commendable job in supporting teachers this way,” says Turner.

Turner and his team have also worked to create a culture receptive to technology. That effort includes hosting a Google-related conference that draws more than 500 educators from around the Midwest every year.

“Overall I think our teachers and staff are well served by our deliberate professional development offerings,” adds Turner. “They are fully armed, ready and excited to integrate IT into their classroom.”

Room for improvement with technology funding

Turner and the IT teams’ efforts have been bolstered by increased funding in the past few years. There has been more funding available to fuel Brighton’s technology initiatives due to an $88 million bond the district received in 2012 — with $18 million allocated for technology. “Thanks to the bond we have completed major infrastructure upgrades across all schools,” says Turner. “We now have a 1 gigabyte connection for internet access and a 10 gigabyte fiber network running throughout the district from our central office hub. Our infrastructure is really solid; I think we are where we need to be right now.”

Brighton has also transitioned to a new IP phone system, integrated new directory and network operating systems and more. “A lot of the new changes have taken place in order to make ourselves more efficient with the bond money. Schools don’t have the tech staff that large companies do, so we have to find ways to be efficient with our robust infrastructure to make up for our smaller staff,” says Turner.

These upgrades have supported thousands of connected devices every day. “Each Wi-Fi access point [there is about one per every two classrooms] can accommodate 100 users and this is ramped up at the high school level where you have more BYOD devices,” says Turner.

That kind of connectedness is important in schools today. It allows students and teachers to easily access technology tools.

Unlike many districts launching 1:1 programs, Turners says Brighton has opted for a different approach. “We’re deliberately not a 1:1 district because we don’t feel it is necessary, and it’s not sustainable with our current IT staffing levels” he explains.

Part of this is due to a relatively high socioeconomic standing, many Brighton students, some as early as middle school, have their own devices. “Embracing BYOD reduces our purchase investment, replacement and maintenance requirements,” says Turner.

But it is all a case-by-case basis for BYOD. “It depends on how much a teacher wants devices integrated into their classroom,” he says. “As our student-device ratio is 1:2, the only difference is the devices don’t stay with the students and travel home.”

While BYOD devices pose risks, such as increased network threats and student security, Turner says Brighton is using the right tools and content filters to shape what is accessible and inaccessible on the school’s network. “The notorious chat apps that sometimes lead to cyberbullying are blocked,” says Turner.

Even though the district has opted out of the 1:1 model, Turner says it is not short on devices for its students. “We have mobile Chromebook and iPad carts and computer labs; there is no lack in the availability of instructional technology,” he says.

A seat at the roundtable

As the type of classroom technology students use changes — whether that’s an iPhone or a MacBook or a PC running Windows 10, Turner continues to advise, oversee and take a hands-on approach to influencing curriculum, district operations and future technology implementation. Through this work, Turner has earned a seat at the roundtable and is a key district decision maker.

“I’m thankfully integrated in everything from finance to curriculum development,” he says. “I collaborate with the superintendent’s office and I’m part of the district cabinet that sets agenda and policy items. I often sit in on teacher interviews and administrator evaluations. In this sense I’m much more than a technologist.”

Turner also has help from a Brighton Schools Technology Advisory Committee that reviews new IT programs. “This committee includes both internal staff and external participants such as parents to help steer the direction of technology choices made in the district,” he says.

Connected to the classroom

With a background in education that spans 22 years, Turner brings insight into how students learn and gather information into his IT role. “For 19 years I was a librarian and high school history and sociology teacher,” he says.

What drives education has always interested him. Turner recently built on his master’s degree in library and information studies and completed his doctorate in educational leadership just over a year ago. “I received my Ed.D in the first cohort based program offered at Michigan State. I learned alongside a close group of 14 students who are also working educators, and as part of my doctorate studies I did an equity audit of Brighton, its student population and services,” he says.

Turner completed this program shortly after moving into his new position as director of technology in 2013. Even though his department operates from a central office location, he has not strayed far from the classroom. “I didn’t get into education to assign help tickets and take a backseat role,” he says. “Now, I’m half administration and half technician. When issues arise I like to assign support tickets to myself so I can go into the classroom and see how technology is performing. My favorite aspect of this job is working with students and staff directly.”

Turner says his biggest challenge is funding. “It’s about budgeting and sustainability — how do we perpetuate what we’ve acquired? That is the main question,” he says.

Turner says the key to the sustainability challenge is rolling out new programs and IT upgrades in stages. “For example, we’re going to refresh the elementary teacher level laptops this summer, starting with one-third of the staff and cycling through,” he explains. “We’re also going to upgrade all PCs in the district from Windows 7 to Windows 10. Doing these initiatives gradually in stages sets us up for a better cycle in the future and doesn’t take a big chunk out of our general fund at one time.”

Efficiency is the ultimate goal for Turner and his team. To ensure this and other goals are met, Turner offers more than oversight — he helps solve classroom integration and student access issues. “The part I enjoy most is working with students,” says the father of four. “I didn’t get in this to just delegate tasks. My goal is to see what is currently in place, what the needs are, and how I can help.”

Taking every opportunity to get out from behind the IT desk and into the classroom, Chris Turner is incorporating his experience as an educator and lifelong learner to lead a successful, strategic approach to technology at the Brighton Area Schools.