Digital transformation was underway when Christian Aboujaoude assumed the responsibilities of chief technology officer at Keck Medicine of USC.

Already pegged as the nation’s 16th best hospital, according to U.S. News and World Report’s annual rankings, it wouldn’t be so highly regarded without the right wares. 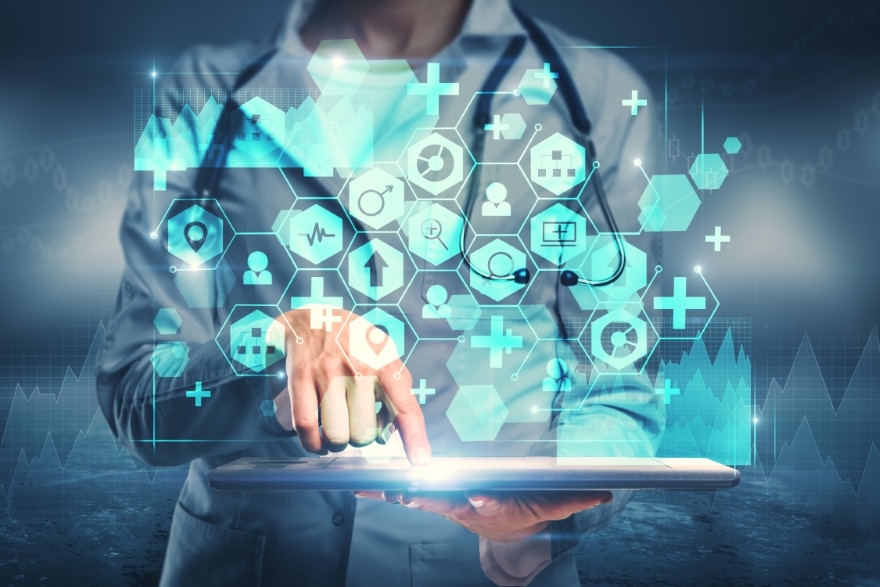 But technology and healthcare ever evolving, Aboujaoude reminds it takes a farsighted approach to keep the systems humming. That may be especially so at this major Los Angeles teaching hospital where essentially every function is dependent on technology—the scheduling, the ultrasounds, the surgeries, the sterilization of equipment, the need for the utmost in data security.

“Each morning when I come in, I’m planning for day two,” Aboujaoude tells Toggle in August. “Everything always goes great on day one. It’s day two when you learn how well you did your work the day before.”

Still relatively new to Keck Medicine after almost 17 years in a variety of positions with Scripps Health in San Diego, he’s more focused on assessing the efficiency infrastructure and his 130-member team than making the case for capital acquisitions.

Now in the middle of a career that’s been 95 percent at the juncture of IT and healthcare, Aboujaoude has seen too many instances of an institution not getting enough bang for the substantial bucks invested in high tech, and he knows of no industry where cost containment is more of a necessity.

“Sometimes a hospital buys software and doesn’t even leverage 60 percent of its capacity,” he says. “So before buying a new tool to meet a need, we must first identify that need.”

The most important need will always be patient service though that can be a moving target. Then there’s the matter of whether the institution is prepared for what the IT department wants to roll out.

“I personally want to go three-five-10 times faster than the business wants me to go,” the results-oriented Aboujaoude acknowledges. “But I have to balance my goals with that of the hospital.” 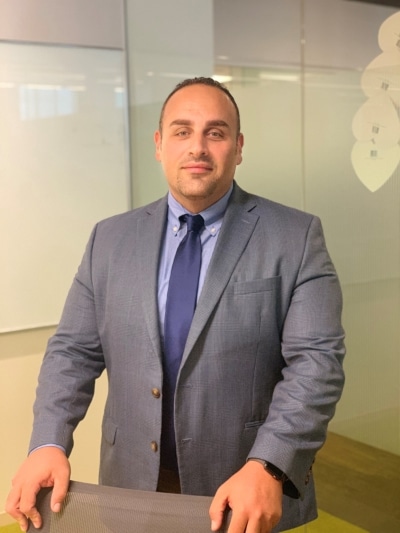 It’s the mindset he used in his previous role at Scripps Health, starting as a manager of data centers and discovery recovery and ascending to the somewhat esoteric title of senior director of enterprise architecture in May 2018. Late in his tenure he was among the executives pushing for and implementing Avaya’s comprehensive health IT integration platform, known as the IX Attendant Solution for Healthcare.

Such a tool better enabled personnel to manage, locate and communicate with staff and departments, patient rooms and codes from a single platform—a necessity with over 750,000 patients being tended to by 3,000 physicians in wide-ranging facilities. Should Keck Medicine need IT upgrades, he’s confident senior leadership will give due consideration to his pitch.

“The collaboration between IT and senior leadership here is very refreshing,” he says. “Leadership takes a very open-minded approach to technology, as they too know that anything they touch has IT built into it.”

He saw the future

The need for IT integration wasn’t so much the case when Aboujaoude commenced with his professional life following his 2004 graduation from the University of California, San Diego, with degrees in computer science and math. Though underway, the digital revolution wasn’t quite in full swing, yet he anticipated the growing need for data-driven decision making in all industries. Healthcare, however, represented the ideal challenge for him.

“The clinical process is very intertwined with technology, and we need to ensure we’re enhancing the process, not hindering,” he says. “If you make a mistake, if you take an action that isn’t calculated, you can delay service. Sometimes we don’t think enough about IT’s role in healthcare.”

Then again, some IT colleagues may not give enough thought to the business end of an operation, and how short-sighted that can be, he says. Aboujaoude would encourage others to do as he’s done, earning an MBA in 2013 from the online-accredited Ashford University, whose offerings include courses tailored toward healthcare.

“That MBA has proved very valuable,” he says. “It teaches you a lot more how the business world operates. It’s easy to get so immersed in one field that you don’t see the big picture. I’d advise anybody to pick up skills even if they don’t think they need them now.”

He’s also certified by the Disaster Recovery Institute International. Disaster recovery, of course, is something any CIO hopes will never have to be used, but the digital world is indeed fraught with dangers and—again—one must be prepared for any scenario.

And what opportunities IT presents to young people, he says, explaining that those studying technology are being groomed for choice jobs that may not exist today. A married father of a 10-year-old son and 8-year-old daughter, Aboujaoude exclaims how his children are more than just keeping pace with high tech.

“They’re more advanced than I will ever be,” he says with a laugh. “They can do in three steps what takes me five. Right now I’m a little smarter than they are, but that will change.”

For, as Aboujaoude likes to say, “sleep is overrated.” He’s typically up a couple hours before the sun, which gives him a head start against the famous bumper-to-bumper traffic on the 35 miles of L.A. freeway between his home and Keck Medicine.

“Sleep late and it can take several hours to go that distance,” he says. “But this work is so exciting, I want to get in early. Every day’s an adventure.”