The Force is with him

While technology companies typically reach for the stars, not many can claim 1977 as the year they almost blew one up—on purpose.

Chief Technology Officer Chuck Meyer, whose eponymous company, Grass Valley, is named for the California city in which it is based, recalls seeing the company’s model 1680 production switcher control panel front and center in the first installment of the Star Wars trilogy. He was still in high school—in Grass Valley. With its buttons and T-bar, the 1680 movie prop was poised to destroy the Death Star, though the deed was ultimately accomplished by Luke Skywalker’s invocation of the Force. 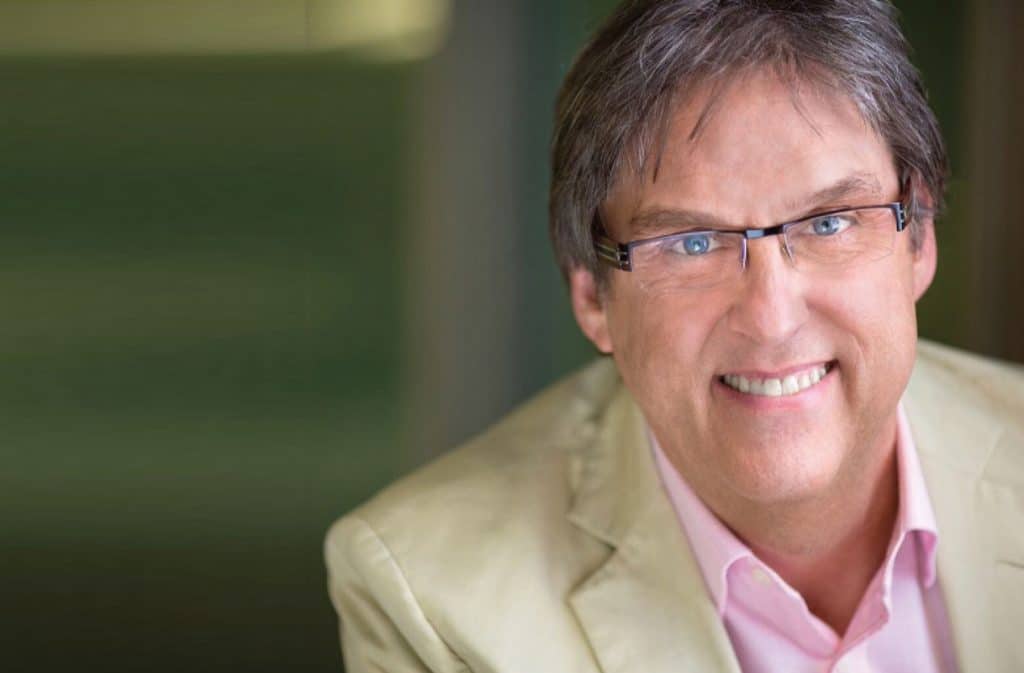 Unlike many in his position, Meyer’s role as a CTO extends to research and development. After 35 years in tech—a time when he says many of his ilk are starting to slow down—he claims he’s still driven by a Force of his own. Meyer sees his big picture role as that of creating the company’s technology roadmap, wherein he stresses the need to be nimble in this ephemeral industry.

Acquired by Belden Inc. in 2014 and merged with Miranda Technologies (which Belden had acquired in 2012) Grass Valley is looking to SaaS (Software as a Service) to replace what for decades has been considered integral hardware.

Meyer is tasked with migrating traditional hardware products to software-only implementation, including the cloud. In this realm, he works with a cadre of HDR video experts to improve Grass Valley’s cameras, production switchers, replay servers and multi-viewers to enable rapid adoption of Ultra HDTV. Distilling the process, and in civilian terms, Meyer says what they do can really make the picture pop, calling it “the physics of light.”

“As recently as five years ago, broadcast television and live production were kind of impervious to SaaS,” Meyer says. “Back then, you really couldn’t scale up in the cloud what you needed to do. Today you can run things in your facility—what we call ‘on the ground’ or ‘on prem’—or else in the cloud.”

The thrill of victory 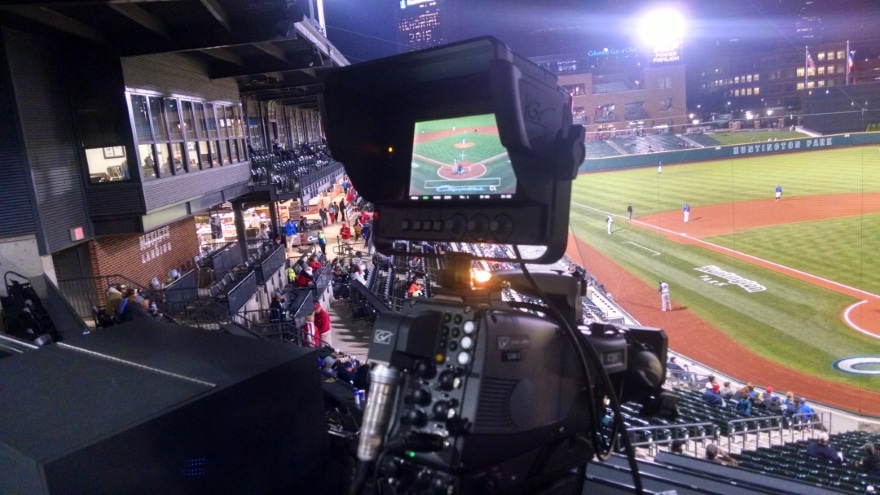 Probably 100 percent of the trucks in live broadcast events today, namely stadium sporting events, have something from Grass Valley, according to Meyer. He notes 70 to 80 percent have at least the core equipment set, including the production switcher that chooses the shots and makes them look beautiful. It edits on the fly: cameras, super slow motion servers for instant replays—it all happens in real time. A multi-viewer presents a wall of shots for selection. Meyer says all this is called the production chain. “We build all of those things; the goal is to sell the bundle.”

Meyer identifies the Grass Valley region as a cradle of American entrepreneurship.

“The gold miners came here with nothing but a pick and shovel to stake their claim. … The Pelton Wheel, which generates electricity when water hits its buckets, was invented in (nearby) Nevada City, so PG&E’s roots are here,” he says. He cites the former Grass Valley Group as “the anchor of every single high-tech start-up” in the region, noting there are few area (and beyond) tech people who haven’t at one time or another worked for the company. 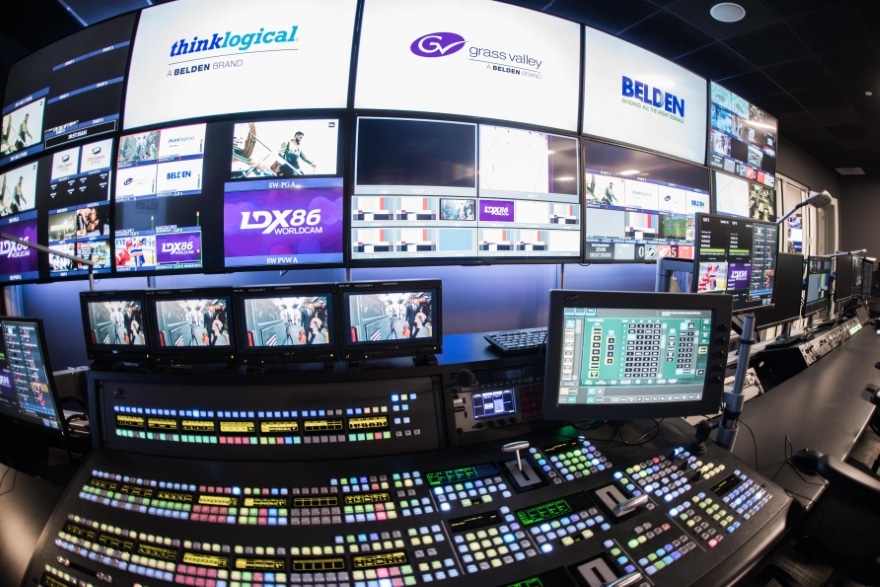 The son of a Navy chaplain and local minister, Meyer was an avowed science nerd who grew up alongside the progeny of Grass Valley tech pioneers.

He and his friends roamed the woods from age 6 or 7, armed with shotguns and shells. When older, he left briefly to attend college on a Grass Valley Group scholarship to UC Berkeley. Following a stint at Fairchild Semiconductor in Mountain View, Meyer decided Silicon Valley just wasn’t the right valley for him. Grass Valley Group gave him the opportunity to come home, developing fiber-optic transport products for audio and video signals, feeding his appetite for determining why things work.

“I’ve always been able to ride this fun wave of technology—my grad studies were analog-switched capacitor circuits, and it was a way to take things that could be done in an expensive technology and put them into a cheap technology. Today it’s CMOS that dominates,” he says.

Inspired by a poster of the Sistine Chapel ceiling—Michelangelo’s “The Creation of Adam”—that hung over the blackboard in his high school math and physics teacher’s classroom, and poet Robert’s Browning’s “A man’s reach should exceed his grasp,” Meyer has always quested for more.

In the ‘80s he got to dig deep into technology, building microprocessors for Atari. His career is peppered with accomplishments for the various companies for which he has worked, including CYAN Engineering, NVISION (where he was president and CEO), and Miranda Technologies. 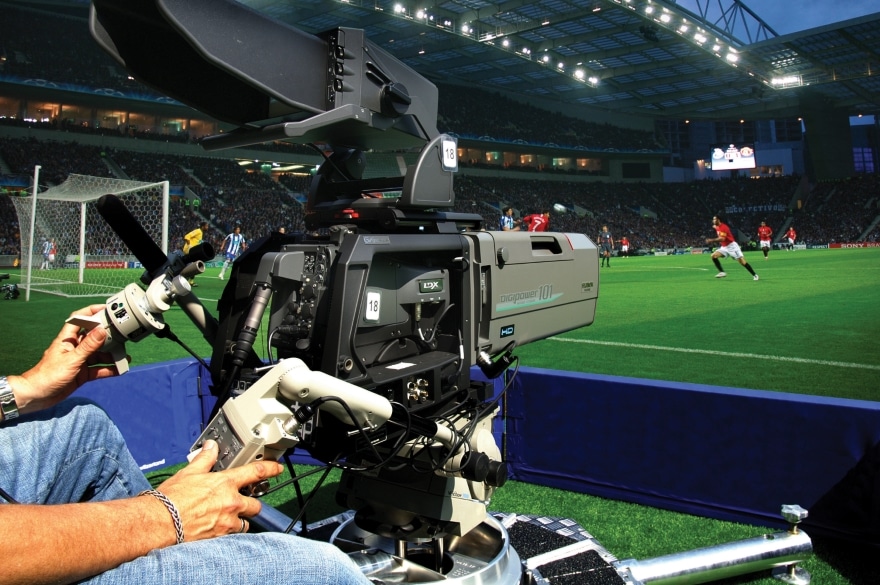 In 1996, Meyer wrote a book aptly titled “The Book: An Engineer’s Guide to the Digital Transition”. Just 37 when the book was published during his time at NVISION, Meyer said it’s out of print but had been translated into many languages, written to educate aging audio engineers facing attrition due to outmoded skills. It also served as a marketing tool, directing readers to NVISION’s products.

“This is my last transition,” Meyer says, reflecting on a long career in analog, microprocessors, CMOS, HDTV, digital audio and now the cloud. He references what he and his Berkeley friends call the death of Moore’s Law, a 1970s computing term that states processor speeds will double every two years. “I have more than enough compute. I don’t need more memory. I don’t need more storage. There’s no financial incentive for companies to continue in that regard. It’s the cloud.”

Calling himself the plumber, Meyer says throughout his long career he’s considered his place as being down in the basement. “I make sure everything works, and if you don’t know I’m there, I’ve succeeded.”