COVID could permanently alter how we teach

In the nine years she’s been at Universidad de Los Andes, Cinthya Sánchez has been focused on transformations.

As the school’s director of information and technology services, she’s reduced her department’s operating budget by 30 percent while better aligning tech with desired academic outreach and outcomes. 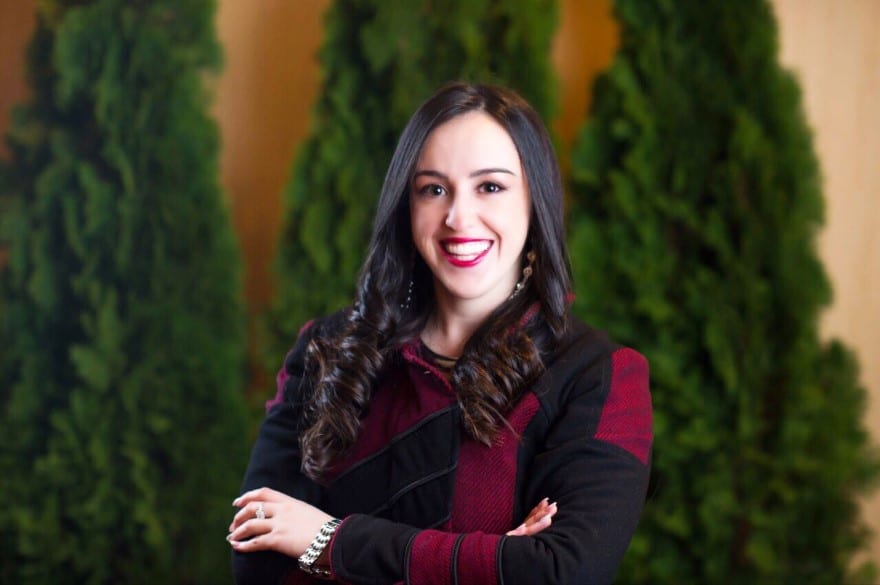 Yet these were not overnight changes, and her ideas on how the university could educate were not always accepted.

Then came COVID-19, forcing action as classrooms and offices closed and students and staff worked remotely.

“Right now, every student and all our staff have what they need,” Sánchez says. “Before this happened, I had many ideas, and they were just ideas. But right now, the sensibility and acceptance of other people for some of those ideas is perfectly timed.”

Based in Bogotá with a campus in Cartagena, Universidad de Los Andes is a private university educating about 19,000 students with a staff of more than 730 instructors.

It offers undergraduate degrees in 43 programs with 33 areas of specialization, master’s degrees in 76 subjects and 17 Ph.D. disciplines. 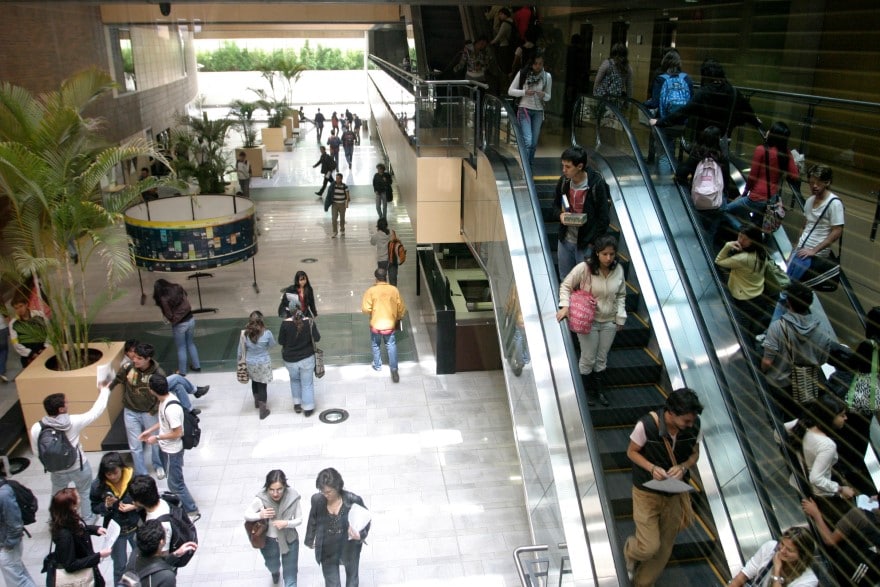 Of the 4,800 people working at Universidad de Los Andes, 150 are part of Sánchez’s team. All of her staff began preparing in January for a possible COVID-19 pandemic, she says.

“We split things into parts, focusing on academics and administration,” Sánchez recalls. “It was crazy. There were people on the team who didn’t think this would happen, but I wanted us to be ready in case it did.”

After surveying students, faculty and administrators, Sánchez and her staff came up with quite a shopping list—1,000 laptops; 600 modems, SIM cards or cell phones with SIM cards to create wi-fi hot spots and more than 200 microphones and web cams to allow communication during virtual lessons.

They were buying things as early as the end of January and February, and they bought things often. It made a difference when the campuses closed March 23. Not only was equipment bought before prices were driven up by demand, it was bought when it was still plentiful, Sánchez says. 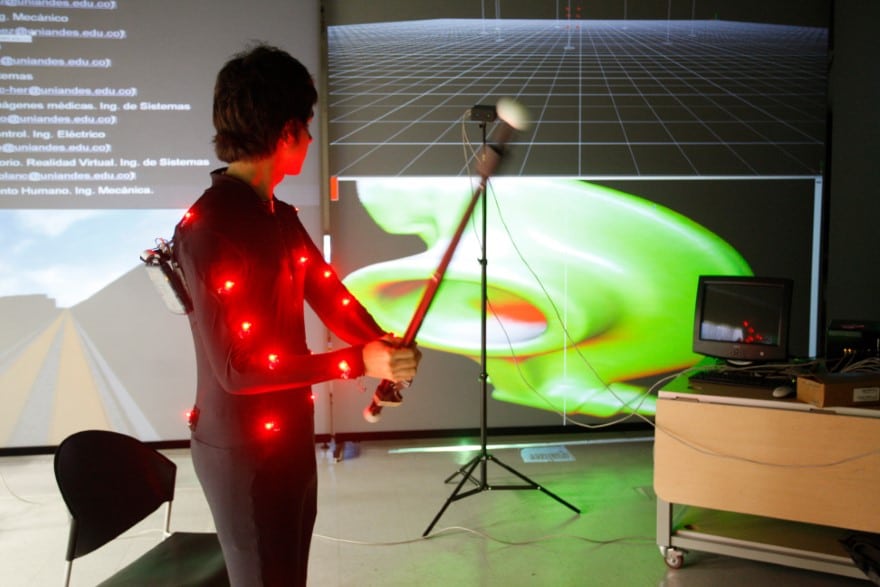 This was not one size fits all purchasing, either, she says. While asking what students needed, her staff matched laptops to majors. In some cases, a second device was sent home for a student’s family to use, she adds, allowing a student exclusive use of one for classes and assignments.

All devices were provided on the honor system, because while there was time to procure them before the pandemic struck, Sánchez says the shift to virtual learning left no time to draw up contracts for use.

After creating a portal for webinars (and one for tech support), Sánchez and her staff began working with faculty on platforms for virtual classes.

Among the offerings are Blackboard, Microsoft Teams and Cisco Webex software and apps, and Sánchez has no preference on which is chosen by an instructor. 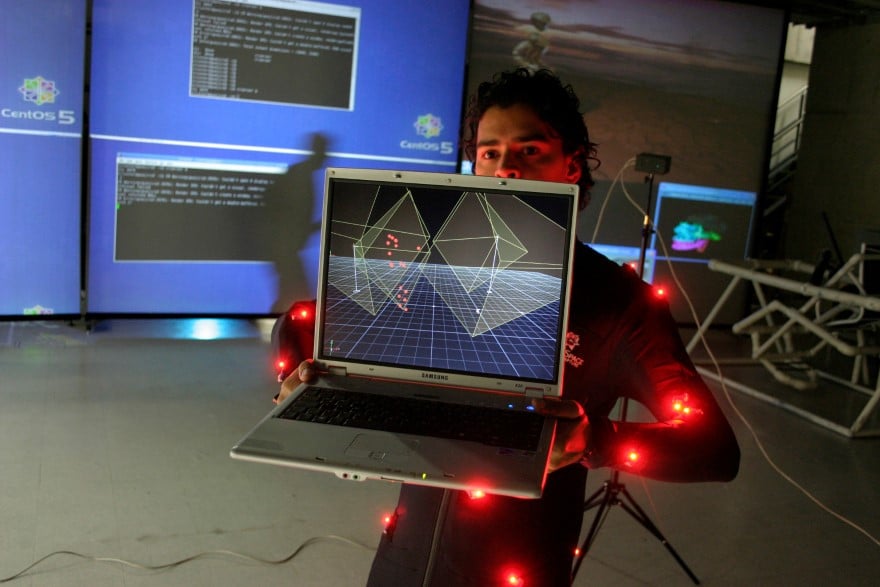 “The tool doesn’t matter, we can offer them all,” she says. “What matters is the experience of our students. That’s the priority.”

Not only did the faculty adapt, they also networked remotely to share tips and advice on how to teach remotely, Sánchez says.

Still, there have been challenges. Students attend the university from throughout the country. When home, they can be hard to reach with deliveries, and it took more than a week to provide some devices to students. Internet also lags in rural areas, and Sánchez has been working with Colombia’s three largest internet providers in January to ensure service access and speed could be delivered.

That tied into sending modems, SIM cards and phones to students, but again, moving early and quickly has made all the difference in keeping classes going, Sánchez says, because the improved services were mostly in place before demand escalated.

“They did not expect we’d solve these kinds of things,” she adds. “They were surprised we gave them options, but this is engagement for the university in the future.” 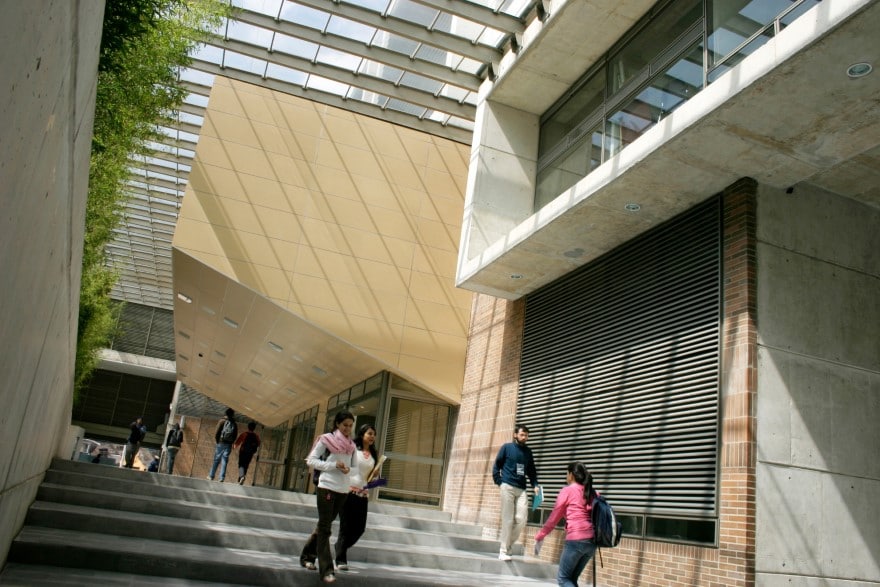 Yet as much as she and her staff could prepare the university for virtual learning, one of the best contributions began about two weeks after campuses closed.

“That’s when we began to think about emotional care and what’s happening to our students,” she says, which led to creating another portal—one where students and faculty can contact counselors and health care professionals to help them get through the stresses of sheltering in place.

While no one is certain when the campuses will reopen, and the project to shift the university’s enterprise resource planning system to Oracle may not hit its August target date, Sánchez knows there’s a new normal coming, one that is getting a trial run now.

Yet she had already envisioned virtual and blended education playing a greater role at Universidad de los Andes, where she’s not only been part of the tech team since 2011, she’s also earned graduate degrees in computer engineering and business administration.

Sánchez actually began her IT career in 2007 as a consultant for Velatours while midway through earning her degree in systems engineering at the Colombian School of Engineering Julio Garavito. 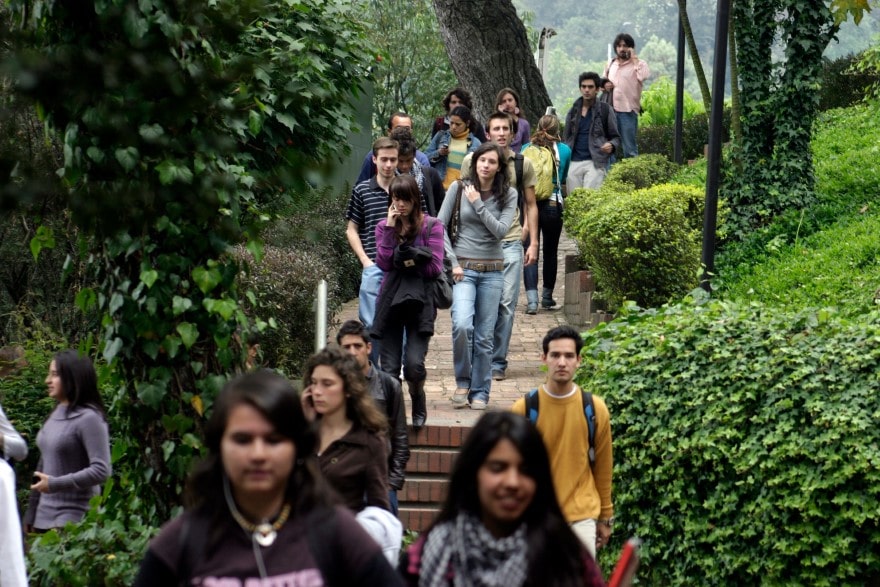 Long interested in technology, she says it’s been a passion to lead in a field where men are traditionally the directors of technology. In 2019, Sánchez was named CIO of the Year by Oracle. She’s the first Latin American woman to receive the honor.

She sees no better time than the present to discuss how the university can evolve, built on its success in shifting from the campus to remote settings, even though she’s not in favor of 100 percent virtual learning.

“We’re the leaders in Colombia and Latin America, we don’t need to follow,” Sánchez says. “We need to think and reinvent combining the physical experience with the digital one.”