Along with its desert landscapes, high heat and dinosaur relics, Mesa, Arizona, is known for having one of the lowest property taxes in the country. While this benefits property owners, CIO Travis Cutright says it can make his job a bit harder.

With fewer tax dollars, which are also subject to the rising cost of public safety pensions in Arizona, Cutright says his department has had to get creative in using the city’s limited technology resources. Luckily, he says he hasn’t had to do it alone. 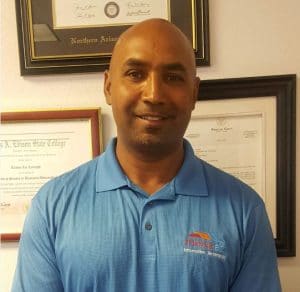 Since Mayor John Giles came to office in 2014, he has been pushing for Mesa to become the next smart city in the East Valley.

“Both the mayor and the city council, as well as the city manager, all support technology and understand that to move forward and extend the government out to our citizens like they want to, we’ve got to leverage technology in the right way,” Cutright says.

So far, they’ve made rapid progress. Last year, Mesa reduced IT’s maintenance budget by using cloud initiatives, and has also found ways to grow the city’s IT department internally by merging with the Radio Communications Group.

“The thing with Mesa is that we can be a little more nimble and move faster on these types of projects because the mayor and city council are all on the same page and have the same goals,” Cutright says. “From my perspective, this gives us a great political environment to be in.”

When radio met IT

The cross-training initiative became one of Mesa’s priorities when Cutright became CIO in November 2016.

“I noticed we had a lot of single-threaded people that were pretty specialized, but to do what we needed to do we had to have a lot bigger resource pool,” he says.

But with such a tight budget, Mesa was in no position to hire new staff. So Cutright and his team turned to City Hall and found that the resource pool they needed was right under their noses.

In the past, the Radio Communications Group was responsible for servicing two-way radios and microwave systems used by the city’s public safety department and other agencies in the East Valley. However, over the years, the technologies have converged, creating an overlap in a lot of service areas.

“At the end of the day, everything we do within IT is about providing outstanding services to the city of Mesa.” – CIO Travis Cutright

So in February 2017, after meetings with the city manager, they began merging.

Cutright says combining the IT department with the Radio Communications Group was a “natural marriage” because “[the group] already had people who had worked on switches and servers and that sort of thing, and of course, I’ve got the infrastructure to help them do what they need to do.”

This has not only created a more robust IT department, but has allowed members of the IT team who were interested in radios to learn from their colleagues.

“I’m all about trying to create an environment that my team can flourish in,” Cutright says. “I like to understand what my staff is passionate about because folks will do a better job and provide better support working in areas that they are passionate about.”

With the merger underway, Mesa now has a larger resource pool to focus on other smart city initiatives, Cutright says.

For instance, the IT department supports the city’s transportation department as it continues to develop intelligent transportation systems (ITS), which are advanced systems and applications aimed at improving the city’s traffic management. The department uses sensors placed throughout the city to track traffic conditions, road construction and accident reports in order to help citizens plan their routes and prevent congestion.

On the public safety side, IT is working with the police and fire departments to support technology initiatives such as the use of drones. Cutright says drones could add an additional layer of safety, giving police officers the ability to assess volatile situations from the air, but at a much lower cost than helicopters.

Mesa has also decided to launch Accela in June 2017. The cloud-based software platform offers apps that make it easier for citizens and businesses to interact with city government, such as submitting plans or applying for permits.

Cutright says Accela will help extend government services to developers and citizens when and how they want it, and is yet another example of the ways technology enables Mesa to stretch every dollar.

“At the end of the day, everything we do within IT is about providing outstanding services to the city of Mesa. Everybody [at City Hall] understands that the days of overstaffing or heavy staffing are gone, and the only way we’re going to provide the same services with less staff is by being more efficient and leveraging technology to do that,” he says.