Open data is a life saver

When Naperville launched Pulse Point Response in July 2016, it was the first city in Illinois to implement the life-saving mobile app.

Pulse Point Response allows people who are CPR-certified to be notified when there is an emergency in their immediate area, and has created a city-wide safety net of first responders. So far, over 900 citizens have signed up for the app, and it has already been responsible for saving a life, says IT Director Jeff Anderson. 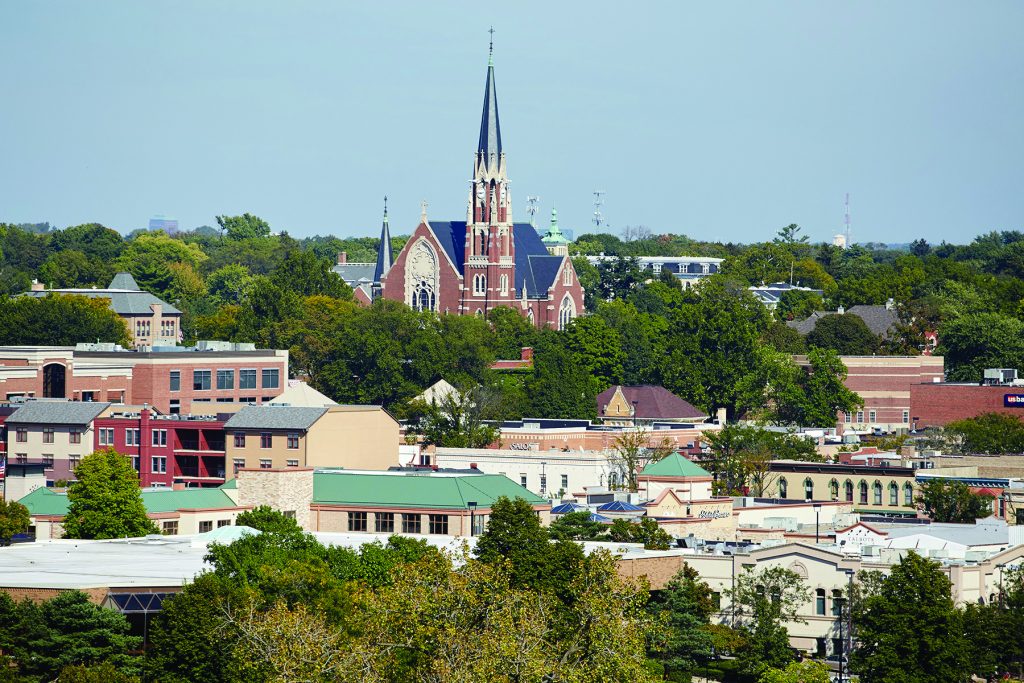 In October last year, just weeks after the app launched, an alert was sent out through the Pulse Point network regarding a cardiac incident in a grocery store off Naper Boulevard. After receiving the message, a citizen near the store rushed to the scene and administered CPR until the ambulance arrived.

That incident was significant not just because of the saved life, but because it represented the city’s first major success in an open data initiative.

Called “What Works Cities,” it is a national initiative that was launched by Bloomberg Philanthropies. Mid-sized cities from around the county are asked to participate, and they get help and resources as they seek to use open data to improve services for residents. Besides saving lives, Pulse Point also allows citizens to track where emergencies are happening in their area.

Using technology to help people in his home town is why Anderson got into public service.

Before accepting the role in 2016, he had spent his career in the private sector, commuting from his home in Naperville to downtown Chicago to work for IT service companies and technology consulting firms. While he enjoyed the work he was doing, he always felt the pull of the public sector.

“My father was the general manager of the Water Works for West Des Moines, Iowa, and several members of my family made careers as school teachers, police officers and other parts of public service,” he says.

So when Naperville announced it was hiring a new IT director in 2016, Anderson knew his opportunity had arrived. “This was the kind of position that would only be open once in my lifetime, and it really just felt like it was my chance to give back,” he says.

Just 30 miles west of downtown Chicago, Naperville is a known for its good school systems, suburban comforts and bustling downtown.

When Anderson got the job at city hall in June 2016, he says Naperville was well on its way to becoming a technological hub. Pulse Point was already in development and the city had entrusted its software and email to off-site providers for enhanced security.

However, even with all these advancements, there was still room for improvement.

“For our part, we are looking at laying the groundwork, asking ourselves how can we work together with private industry to bring technology to our town?”

“The IT director chair had been empty for some time, so many of the operational departments were all separated,” Anderson says. “One of my first responsibilities was to solidify the message of IT and help people understand that we’re all working for the same purpose, and we’re all going to need to talk in order to move forward.”

Better communication allowed the IT department to launch the life-saving Pulse Point app ahead of schedule, and discover more ways the city could offer open data.

For instance, the IT department realized if it combined the city’s GIS platform, previously administered outside of public safety, with the daily incident reports published by the public safety department it could create an interactive incident map. Citizens could use the map to look up where and when crimes were reported.

“I’m sure some cities wouldn’t be as welcoming to this idea, but we are lucky to have very forward-thinking police and fire chiefs who believe this information belongs to the public,” Anderson says. 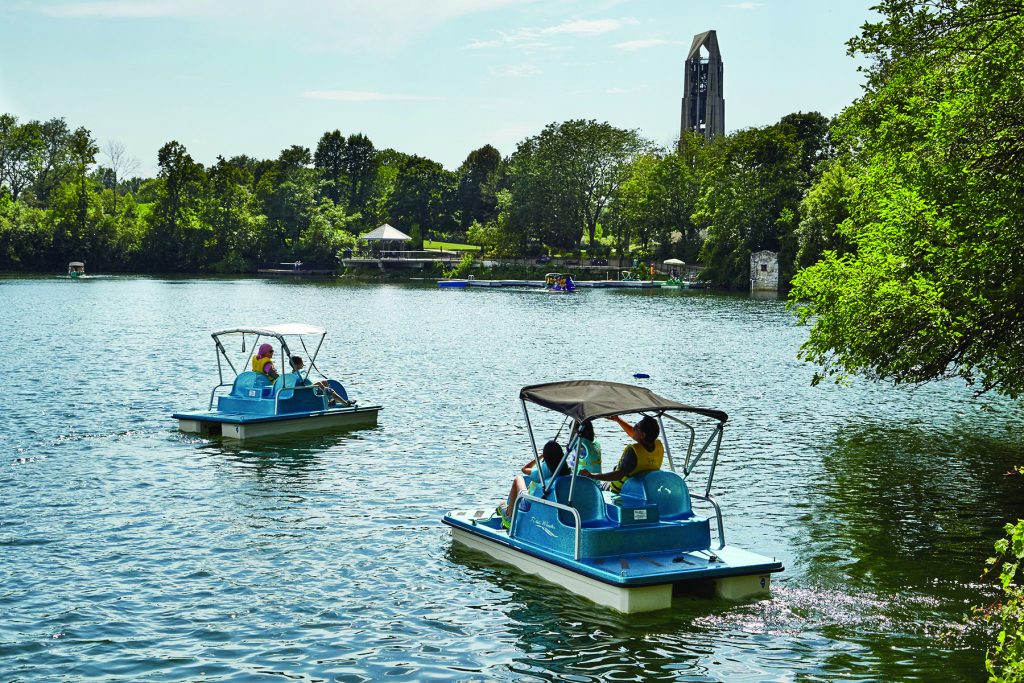 In fact, after the first map was created in November 2016, Police Chief Robert Marshall and Fire Chief Mark Puknaitis began holding meetings with local church, synagogue and mosque congregations as well as other civic organizations, to get opinions of the map and also find out what other data the public wanted displayed. Anderson says this input resulted in several changes to the map.

In conjunction with What Works Cities, Naperville will launch an open data portal this summer, providing citizens access to datasets many of which were previously only available through Freedom of Information Act requests. Anderson says this will help the city as it heads toward a goal of “transparency by default.”

“Knowing that data collected belongs to the citizens really puts a focus on the quality and timeliness of data gathering. This is amplified by the goal of ensuring that all published datasets are machine readable,” he says.

The right device for the times

Anderson says the IT department is also improving efficiency from the inside out.

Instead of just buying employees the standard desktop computer, IT staff first analyzes what each municipal job requires and then provides the proper device—a tablet, laptop or desktop. The department is also installing the city’s first virtual private network (VPN) to support employees who work remotely.

Anderson says this has been a “real game changer” for Naperville because it encourages people to work remotely and, more importantly, “to work when they want to work. If someone wants to put in extra time on a Saturday morning, we should help them do so.”

“That mindset didn’t exist in the past, we only had a VPN for police, fire and other mobile vehicles, but now people are realizing they can go on a business trip and still do the work they need to,” he says. “It also means that someone can step out of the office early to watch their kids play a ball game because they have the tools to work from nine to 11 pm.” 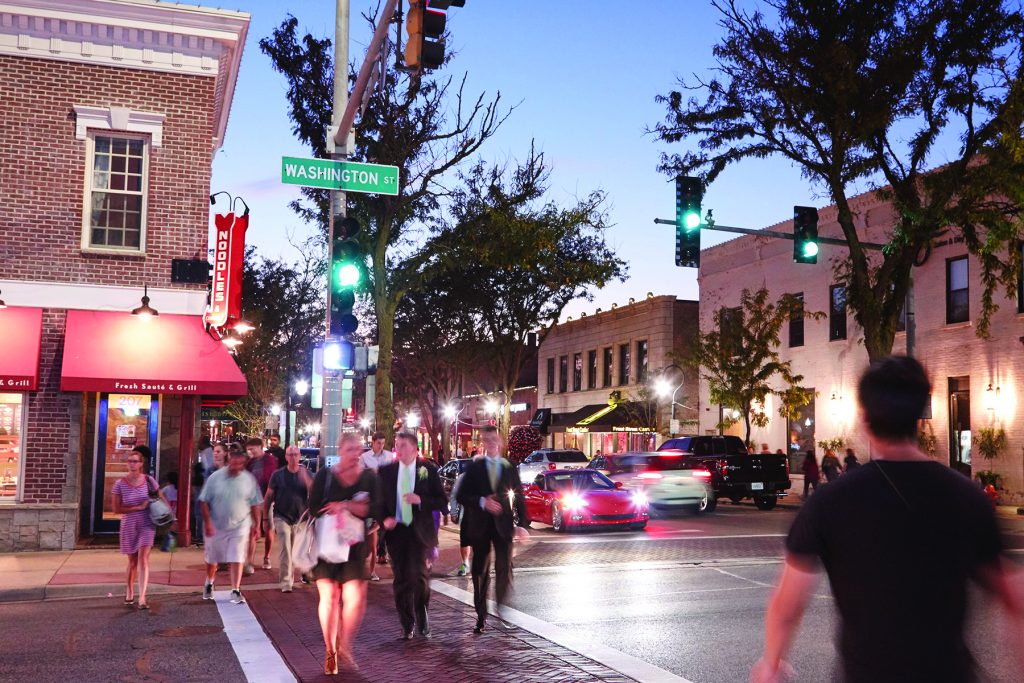 To support a more mobile workforce within Naperville, Anderson and his peers are looking to partner with the private sector through the Naperville Development Partnership (NDP), an organization that brings together public and private resources to promote businesses in Naperville. Anderson says this partnership may help the city expand land-based internet and Wi-Fi in business districts, underdeveloped neighborhoods, office parks and the city’s many open spaces.

“Whenever you see a business opening, it’s been a collaboration between the city and the NDP,” he says. “For our part, we are looking at laying the groundwork, asking ourselves how can we work together with private industry to bring technology to our town?”

For Anderson, these improvements are a way to ensure that his hometown keeps thriving.

“Naperville is the biggest small town I’ve ever lived in, and there are people that have been living here since the population was 15,000,” he says. “I look at everything we do as an investment in our city’s future.”