Claudio Zavala – I am Claudius LLC

Belting out Lionel Richie’s “All Night Long” in front of thousands of people was a liberating moment for Claudio Zavala.

Being a shy guy—and by his own admission not the greatest singer—it was a bold move for this drummer-educator to take center stage with wild abandon—a moment that he says changed his career path forever. Not only did he win third place in an educational conference’s karaoke night, he got just the confidence boost he needed to do things outside of his comfort zone—like starting his own education and media consultancy company I am Claudius in 2017. 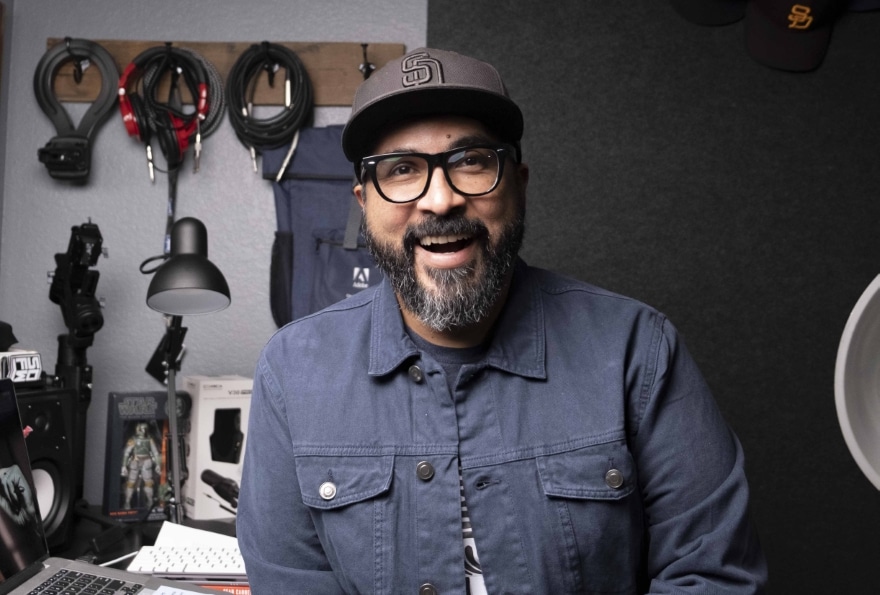 Now working as the creative media and EdTech consultant for his own Texas-based firm, Zavala says he is developing what he calls his side hustle while simultaneously working at his primary job at the Duncanville Independent School District.

By day this educational veteran is teaching staff and students K-12 in the Dallas-Fort Worth area everything from how to use interactive whiteboards to how to integrate technology creatively into classroom lessons. After hours, or on his lunch break, Zavala is developing his side gig into a viable business, hoping to make it his full-time job. To date, through his new venture, he’s been able to speak at conferences and connect with others via social media, and plans are underway to create online courses this fall.

“My goal is empowering people to be creative with technology tools. We are a society of consumers; helping people be more creative is my way of sharing what I know,” Zavala says.

What’s in a name?

Growing up as a techy with an unusual name and an interest in music, Zavala went by many names: Claude, Clyde, Claudi-Audio and Jean-Claude to name a few. And of course there were the references to Roman emperors. But it was a defining moment when he decided to impart his name on his business.

“The message says who I am and that I love to teach. I want to reach as many people as possible so they can learn and create new things through technology,” he explains.

The challenge, he says, started when he got busier with I am Claudius. He had to start addressing the business side of things while finding the balance between work for the school district, work on his new business, and his family. Researching newer technologies has helped him streamline workflow and he’s hired a CPA to handle the nuts-and-bolts of managing the business.

As I am Claudius evolves, Zavala says he is creating his first online courses, scheduled for release this fall. The courses won’t be affiliated with a university, but will allow people to access course content online for a small fee. Topics will include learning how to make a video, best ways to take photographs, and creating brochures and magazine content.

To facilitate this project, Zavala is using the social learning platform Participate, which helps design and support online learning communities. Connecting with them two years ago, Zavala has developed a business relationship, even writing blogs and collaborating on social media for them. 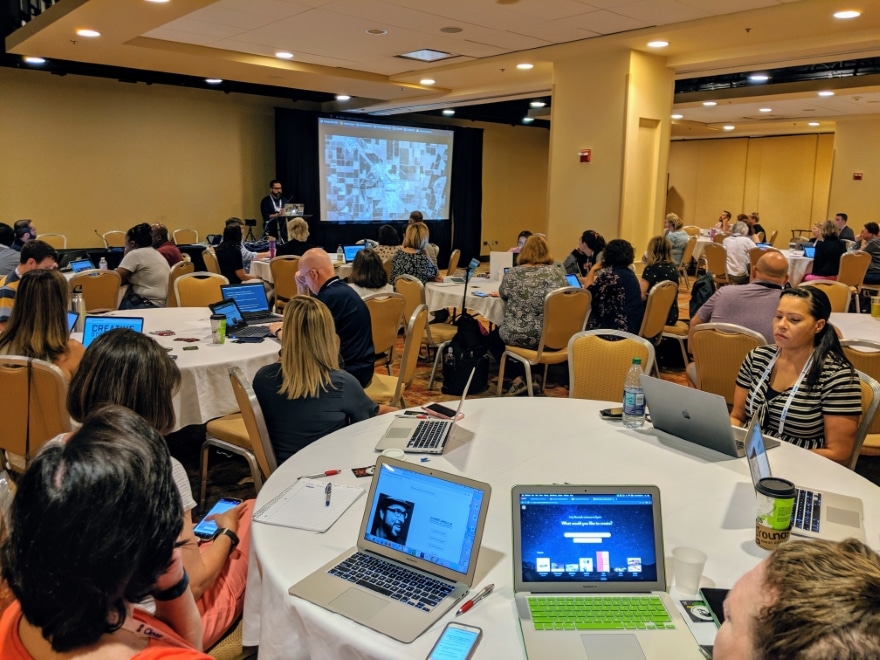 “They are an amazing group of people with a focus on creating community  for learners beyond school walls,” he says.

“We envision a world in which all learners have access to intentional, collaborative and practical learning experiences,” Otter says. “That’s where Claudio fits in—as a practicing educator with a focus on intentionally impacting teacher practice Claudio is the perfect partner.

Zavala first pursued his passion for education in California, earning an associate degree in general studies in 1993 at Palomar College before moving on to earn both his bachelor’s degree in Spanish in 1995 and a master’s in education, educational technology and instructional design in 2004 at San Diego State University-California State University.

Teaching at local elementary schools in San Diego for the first 11 years of his career, he also became a technical liaison to educators there. He even acquired a grant to introduce students and faculty to website work on the internet before it was a big thing.

Later, in Texas, he worked as a teacher in the Fort Worth area from 2006 to 2008, before becoming an educational technology specialist in the same school district, serving in that capacity from 2008 to 2010.

As a child of the eighties, it comes as no surprise to him that a Lionel Richie song landed on his Top 10 playlist, a motivational song that in some ways has become his anthem.

“The major lesson for me goes back to what I learned on that stage—that there is no reward without risk and if I had not taken that leap of faith, I would have never known what I am capable of,” Zavala says.