After 20 years at Turner Field in downtown Atlanta, Georgia, the Atlanta Braves have moved to Sun Trust Park in the Cumberland neighborhood of nearby Cobb County. The scenery change is just one indication of county’s recent tech development efforts—showing that Cobb County can handle the auto and foot traffic once relegated to Atlanta proper.

County Information Services Department Director, Sharon Stanley, says Cobb is more than prepared for the influx of people, even joking that, thanks to a management plan for game time traffic, Cumberland might be less congested when the Braves are in town than when the stadium is closed. 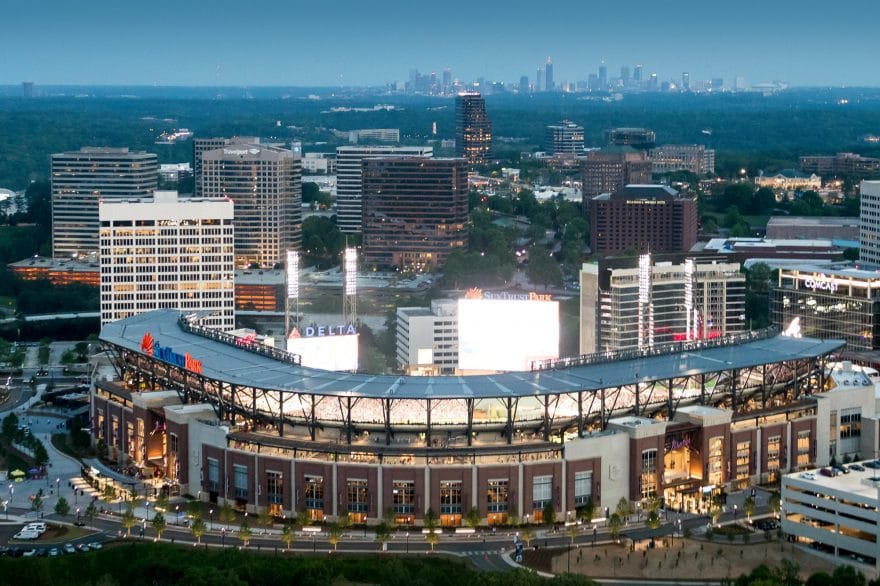 That plan was developed collaboratively by the public safety and transportation departments and takes advantage of the county’s high-tech Transportation Management Center.

The center, built in 2010, includes 70 closed circuit TVs and a host of screens and devices all capable of streaming real time data and videos of traffic throughout the county. From the center, employees control over 500 traffic lights and 100 roadside cameras, and can provide 24 hour support during storms. Stanley describes it as one of the premier systems of its kind in the country.

During games, the county’s Public Safety and Department of Transportation employees keep traffic rolling smoothly, while IS provides support for all equipment used by county staff in SunTrust Park. Stanley says that setting up the traffic plan at the stadium has been like setting up a microcosm of the county’s larger transportation center over in Marietta.

“We’re doing for the area around the stadium what we do all the time but it’s in a concentrated area and at an accelerated pace,” she says.

While hosting the Braves is one marker of Cobb County’s tech renaissance, Stanley says the county will put data collected by the TMC to other uses, like business analytics. Residents have had access to traffic and road condition data for several years through an app called Cobb Commute, but recently the county has started improving the service by forwarding the high volume of data collected by its Transportation Management Center to GPS app developer, Waze.

In addition to using Waze, the county works with Ohio-based Hyland Software to cut administrative clutter and costs. County IS has adopted OnBase, an enterprise information platform that uses advanced capture software to scan images of documents and enter them into forms and databases, saving hours in upfront labor and improving organization. After a recent election, officials used OnBase to migrate redundant signature cards stored in multiple locations into a single, easy-to-access record. 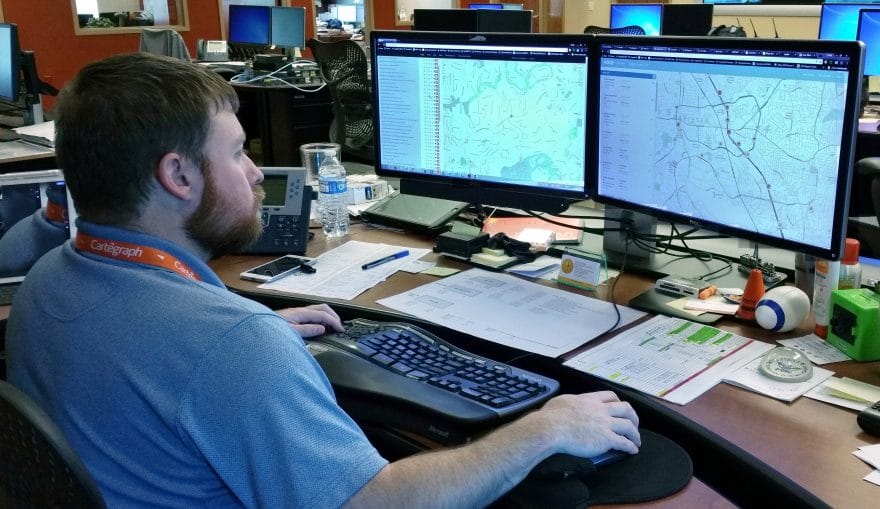 For other tasks, like collecting financial forms and checks, the growing county uses Mavro Imaging’s “one-touch” solution. According to Cobb County’s business license division manager, Sandra Richardson, “Mavro Imaging’s solution took what was being done manually and reduced the time by 50 percent, driving the extra capacity needed as the stadium and other initiatives are approved by the citizenry.”

In 2017, the county hopes start work on a new CRM system as well as an updated web portal. The CRM system will offer an online 311 application and provide a one-stop shop for citizens to request information or report potholes and damaged street signs, among other issues.

Other projects include a unified court case management system, that, as its name implies, will let county judges and attorneys manage their cases by storing and sending data that isn’t subject to privacy laws. When it’s completed, the management system will replace 18 smaller, independent systems.

But before those services can roll out, Stanley says the county has to refine the way it sorts and tracks data—an obstacle that up until 2016 was all but insurmountable due to a lack of funding for digital government and data analytics projects. That funding came in the form of a special tax and a resounding show of faith from residents, the county chairman and the county commissioners when,  for the first time in Cobb County history, funds for technology improvements were included on the election ballot.

In 2014, Cobb County residents voted to include IS in the Special Local Option Sales Tax (SPLOST). Starting in 2016, $30 million of the 1 percent sales tax will go to the IS over a five year span.

When asked if the tax was a sign of IS’ importance to county residents, Stanley replied, “Oh gosh, yeah, SPLOST has always been around but has usually been reserved for roads and building infrastructure.” 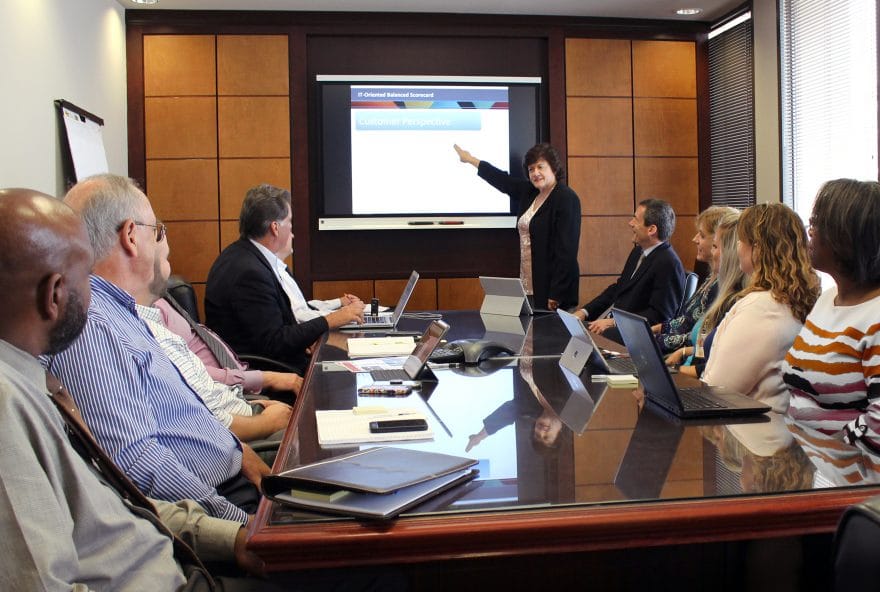 Without SPLOST funding, many of Cobb County’s current initiatives would be difficult, if not impossible, to achieve. The tax will pay for a new data center as well as business technology improvements, including the CRM system, digital government applications, the web portal, and a bevy of other services that leverage data to make the government more transparent and businesses easier to start.

SPLOST funding also helps the county work with private sector partners to develop and refine its strategy. Stanley says the county awarded iVision the chance to develop a five year IS strategic plan, which includes a plan to prioritize other SPLOST projects, set up an operational plan for e-government and develop digital and cloud strategies.

“The citizens know what they voted for,” says Stanley. “But now we have to show them what they got for it. And if we can’t do that, future directors will have a hard time making improvements.”

Fortunately, she says Cobb County is known for both vocal residents and inclusive officials. Many of the county’s RFPs for IS projects stipulate that vendors must collect input from the residents and local business owners. The involvement not only provides more feedback for new apps and systems, but is a way of showing residents exactly where their tax dollars are going.

She says that the SPLOST vote is a landmark moment for IS in the county. “It shows us that residents not only know the value of technology, but more importantly, that they have high expectations for it.” 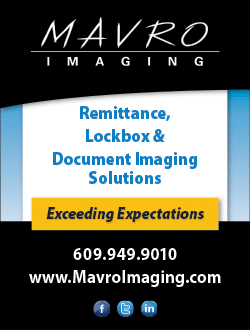 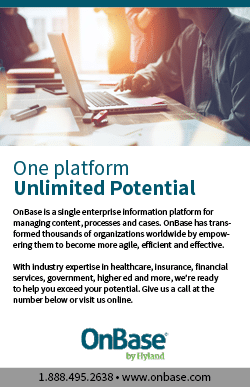 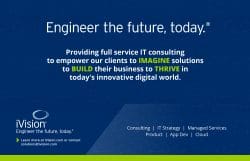