High-end accommodations might always have been essential for hosting high-profile companies on their retreats and conferences. But these days, there’s an additional requirement on top of the usual amenities: lots and lots of bandwidth.

Even so, Fontainebleau Miami Beach might have gone above and beyond the expectations of a luxury hotel by installing a 10-gigabit circuit and infrastructure. 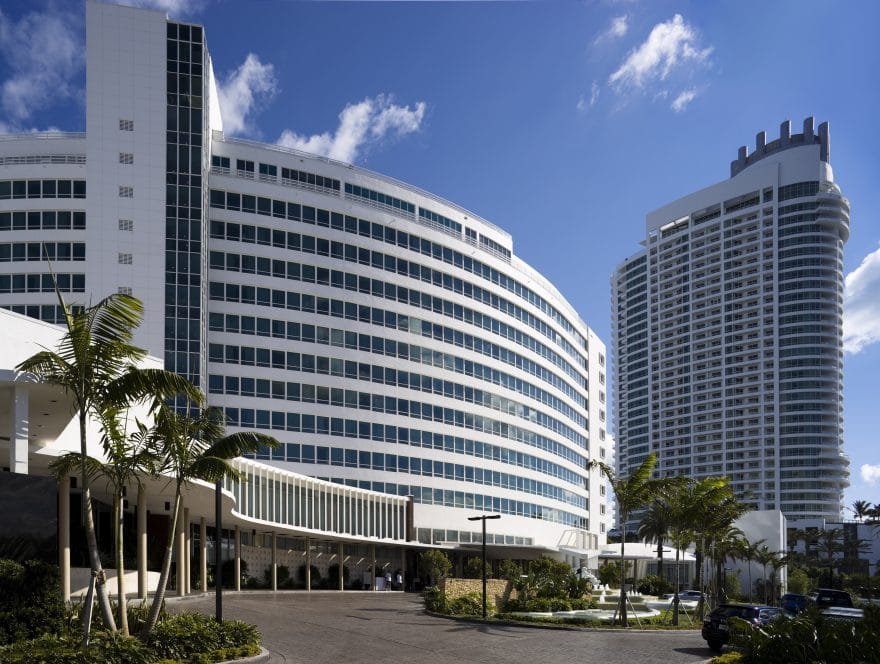 Located on the shores of Florida’s southeast coast, the 1,500-room resort hopes to attract a new caliber of clientele, says Director of IT Craig Corbin. Fontainebleau is now one of the few destinations in the U.S. with enough bandwidth to handle the likes of an Apple live streaming event or Microsoft product launch—that, on top of award-winning restaurants, 2,300-person conference space, relaxing spas and energetic nightclubs and bars.

“The entire process really started as a pipe dream, but my team and I realized that if someone needed up to 10-gigabits, that automatically narrows down the people they can even call to a few fingers on one hand. We wanted to put Fontainebleau in a position to be one of those fingers,” Corbin says.

Fontainebleau didn’t set out to become a hotspot for technology companies.

Before 2017, the 2 million-square-foot resort made do with a bandwidth of only 650 megabits, and Corbin was just looking for a way to fix the hotel’s lagging internet.

“The thing about IT in hospitality is we are supporting a 24/7 shop,” Corbin says. The data center and email works around the clock, registering new guests, keeping the front desk operational and supporting the hotel’s year-round visitors. On top of that, Bleau Bar and LIV nightclub are open until 2 a.m. and 6 a.m., respectfully. 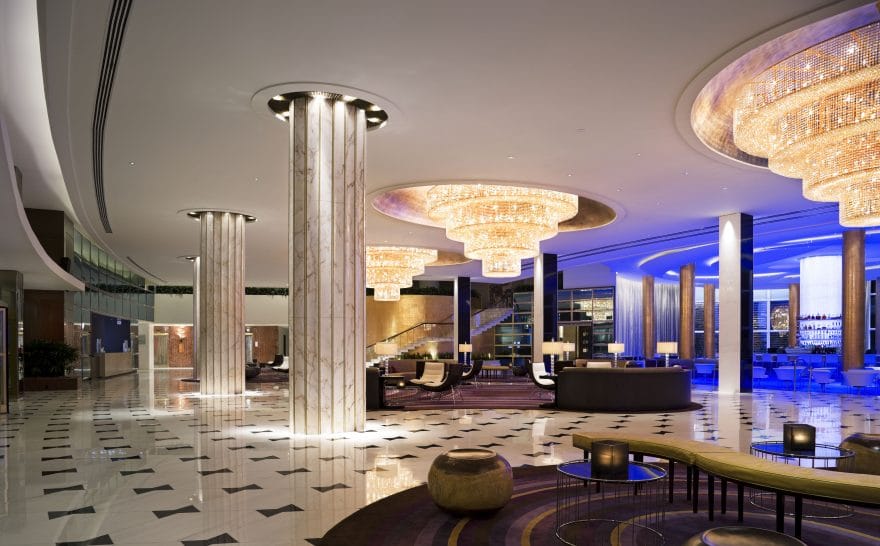 “The conversation in our office was, we need more bandwidth, and the priority was supporting corporate internet, which required redundancy, convention services and guest Wi-Fi,” Corbin recalls.

Originally, Corbin and his team began looking at traditional 4- or 5-gigabit packages, translating to 1-gigabit per service with built in redundancy. But the prices were way outside Fontainebleau’s budget, and the package design wasn’t very sophisticated or “clever,” Corbin says.

“They thought I was crazy, but once price was no longer an issue, I really started running out of problems, because not only were we fixing the internet, we were fixing it by almost 3,000 percent.”

One day, a vendor asked him whether or not he had considered a 10-gigabit network. It sounded insane at first, considering such a bandwidth is a massive undertaking, requiring equipment used to support carriers like AT&T and Verizon. But as Corbin and his team began crunching the numbers, they discovered the benefits of what amounts to buying in bulk, as opposed to buying four 1-gigabit circuits separately.

The massive network would also encourage the hotel to upgrade its firewall for a more secure network capable of handling the increased bandwidth.

“My team thought I was crazy,” Corbin remembers. “But once price was no longer an issue, I really started running out of problems, because not only were we fixing the internet, we were fixing it by 3,000 percent.”

With the 10-gigabit circuit approved, Fontainebleau’s IT department began designing the bandwidth’s infrastructure and invited providers like Comcast, AT&T and Atlantic Broadband to bid on the project.

However, it was Hotwire Communications that offered the best deal based on a fortuitous discovery: Fontainebleau’s 22-acres perfectly straddle two of Hotwire’s independent fiber loops.

Hotwire agreed to install connection points to both the north and south side of the resort, providing Fontainebleau with built-in redundancy and the power of twice the fiber.

“It really turned into a win-win for both [Fontainebleau and Hotwire] because they are now able to cross-connect their two loops through [the hotel] instead of having to buy additional bandwidth on the surface,” Corbin says. 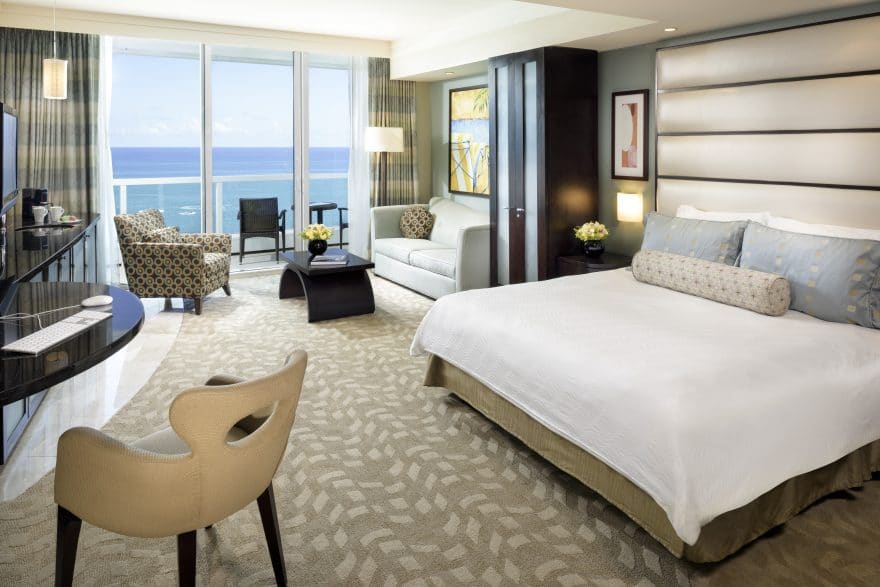 As a result, Fontainebleau got a better price. And “we have access to 20-gigabits worth of bandwidth,” Corbin says. The partnership officially went forward in late 2016, and the two-loop 10-gigabit network was officially up and running by March 2017.

Today, Corbin and his team are looking for ways to expand the network even further by installing pervasive Wi-Fi, which will essentially allow the hotel to reroute the 10-gigabit bandwidth to virtually anywhere in the hotel.

“I built [the network] with flexibility and scalability in mind, and because of the redundancy of the two loop system I can’t imagine anything other than an atomic bomb that could take down our data. I still plan on providing a 10-gigabit redundant ISP to offer our guests the option of redundant routes and ISPs,” Corbin says.